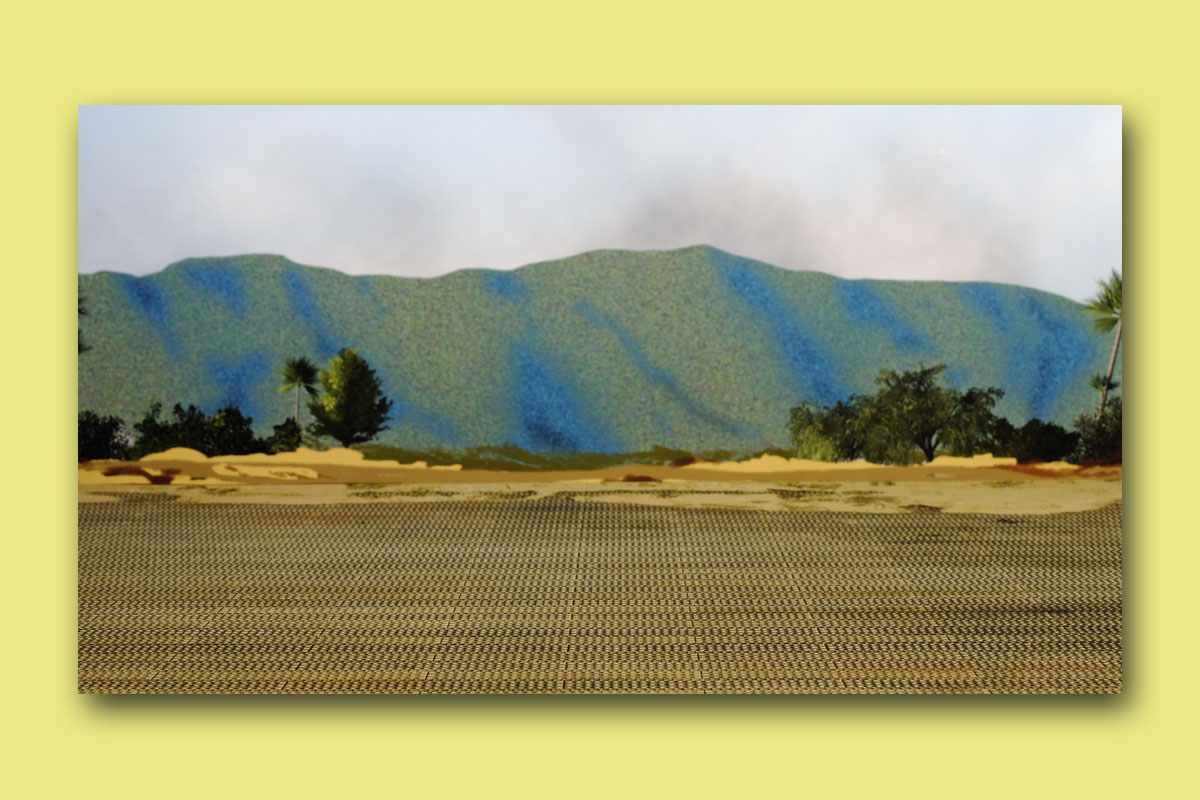 Many people think that they are great artists - some are correct in this, and some take a lifetime to find out they were wrong. That's the brushes, canvas, marble chisels, and plasticine side of the thing - leaving aside the artists that collect discarded bricks or stand hooting in a city street. You can make up your own mind about them. However, I suspect that in the photography game there are a lot more people who are better at it than they realise. The simple fact that they have picked up a camera or poked a computer keyboard tells us that there is something in there. Some people drive at their art - some art drives people. And we have all seen what drivers are like in wet weather... 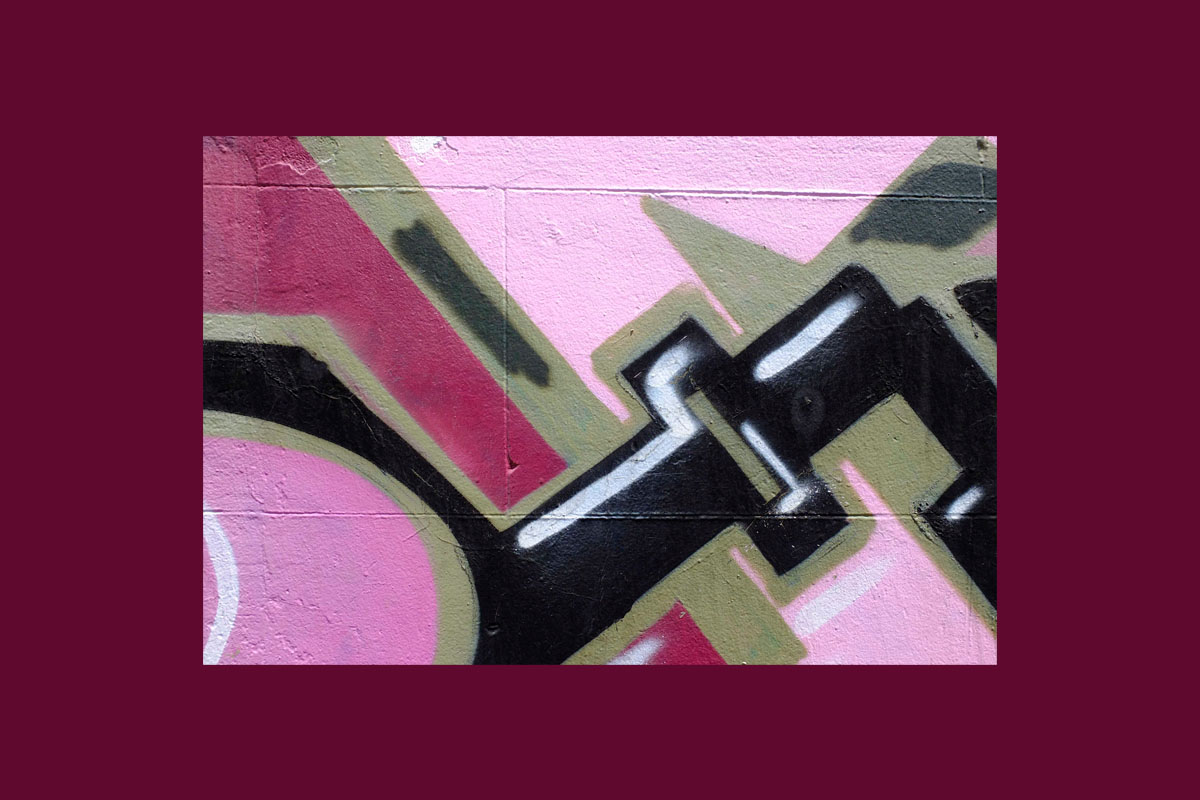 04 Jul Can You Patent An Idea?

Of course you can - and tens of thousands of thoughts have gone through various government's bureaux over the last centuries  to be assigned to owners  - who have paid for the privilege. After that, a fair number of them have vanished into obscurity - having been published as possible but ending as improbable. The ones that have made it into commercial life have not had it easy, either. No end of truly good thoughts make truly bad products. Along the way, some of them have stripped fortunes from the high and low alike.  Well, how about scenes? Can you patent a photograph of a scene - and prevent anyone else from ever making that same image? A little harder to do - as the photo world operates upon the nursery-rhyme idea that a cat may look at a king. The cat can't sell someone else's view of royalty to the illustrated papers as it may be covered by copyright, but if Tiddles can formulate his own view, he's entitled to hold it.  It has been tried - and in some venal jurisdictions...

I'm hunting wabbits. As a person who has fwequently hunted wabbits I am well aware that a .470 Nitro Express may be a bad choice - the effect on me would be only a little way short of that on the wabbit. Overkill can go both ways. Those days are finished, of course, and I now get my wabbits delivered by Uber. I think the last pair have been busy as the house is filling up with tails and ears...

Or, in the case of the surf photographer, swim madly for the surface before your life insurance kicks in... 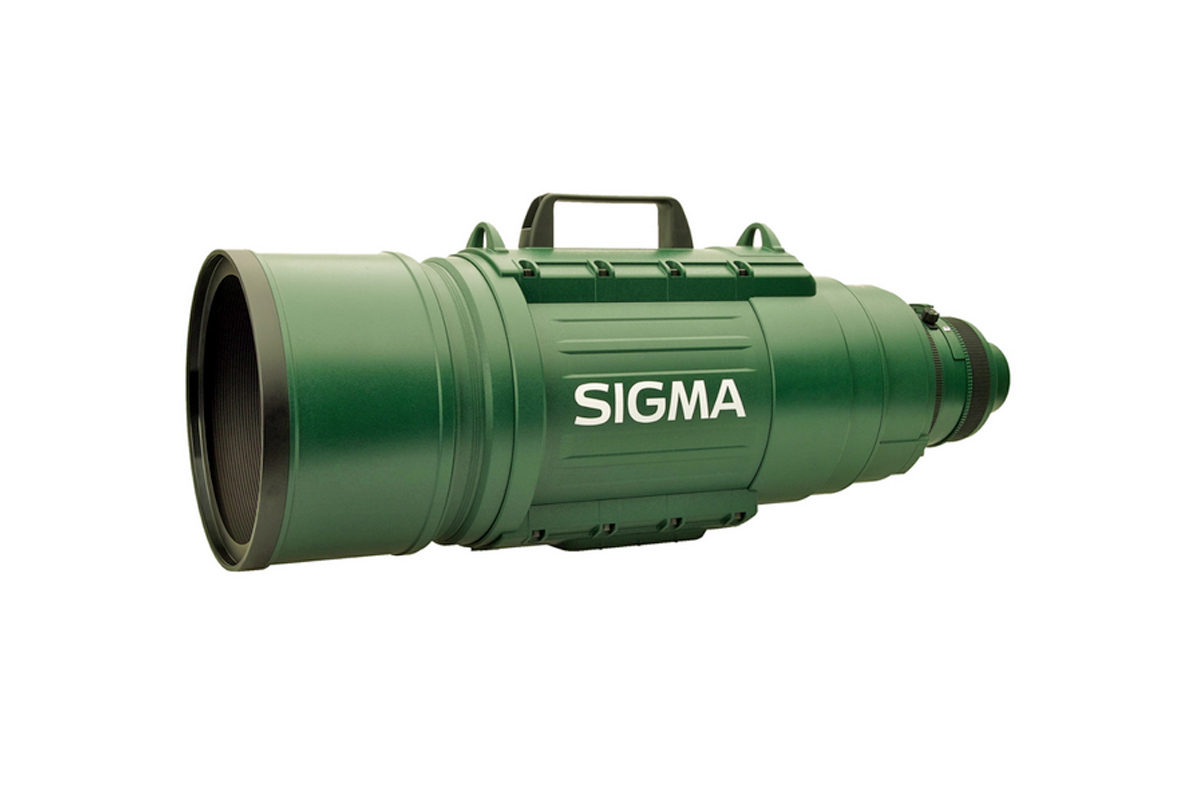 A lot of people might think that the biggest lens they could ever get for their camera is the Sigma Super zoom - 200mm to 500mm f:2.8. That's the green zeppelin seen in the heading image. We got to see one in the shop a few years ago and it was certainly impressive. I was scared of it in case it rolled out of the case and onto my foot - I would be equally frightened of tripping over it due to the expense. Someone, somewhere needs one of these and if that someone is you, be prepared to search with your wallet. But you probably have a different scope to your needs - both physically and financially - and your upper limit lens may be quite a bit smaller. Many, many DSLR shooters have benefited from other Sigma lenses in the past, as well as the more expensive teles of the major body manufacturers. I even know an outdoor shooter who went through serial Sigmas, having dropped the original one off rocks at the seashore into the surf. Hooray for... 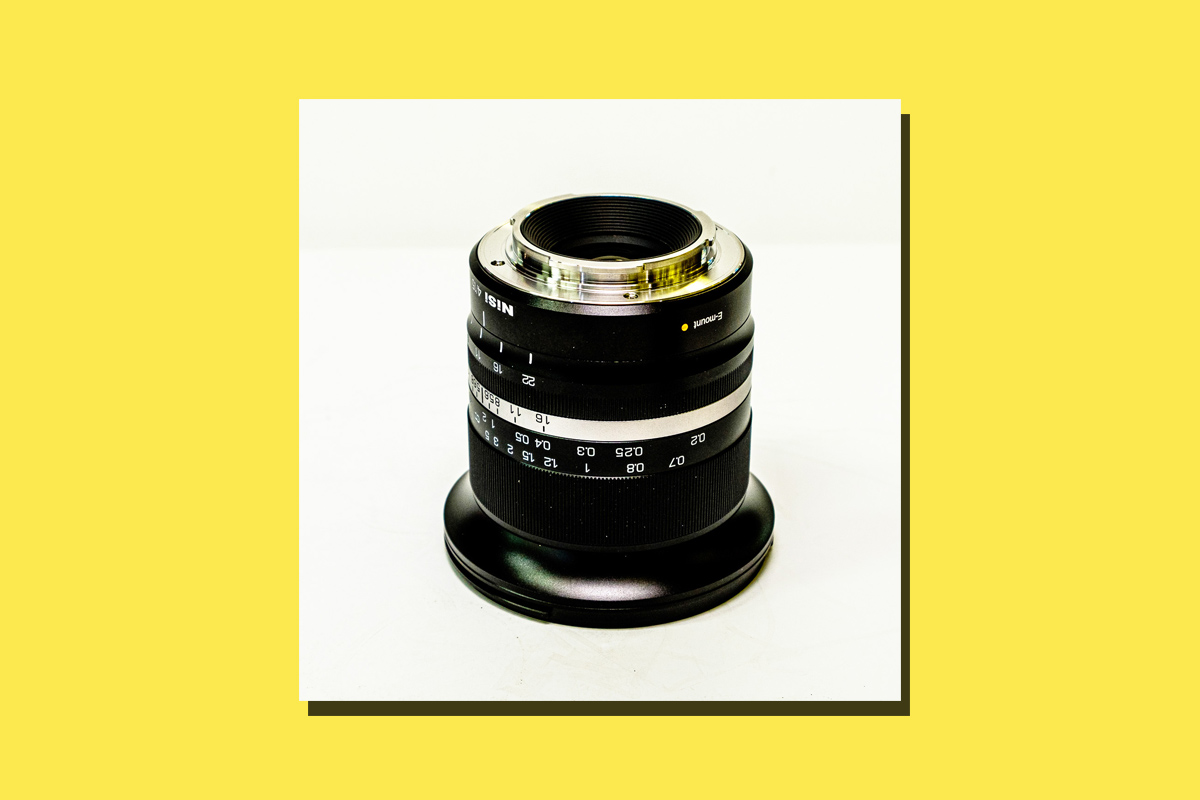 A friend of mine will forgive me for mentioning a visit to see his stash of photographic lenses this week - it has started me thinking that I can have too many lenses. I would not have thought this in my younger days - nor would I advocate it now for customers of Camera Electronic. I thought more lenses were necessary when I could not afford them, and now that they are available in abundance, it is the duty of every photographer to get more. Yet... 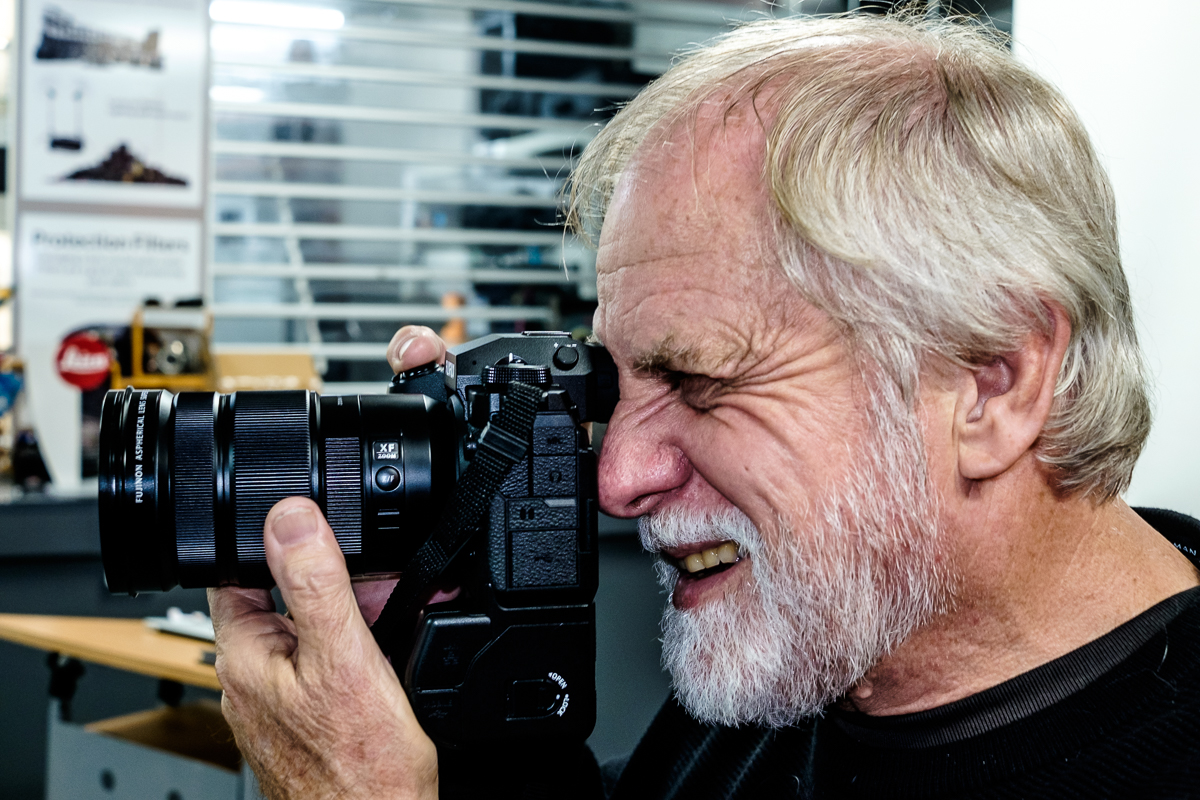 22 Jun The Flagship Calls Into Port

I was fortunate this last Monday to be present when the new Fujifilm flagship camera - the X-H2S - called into Camera Electronic under the command of Captain Williams. It is the first time in many years that he was able to make a personal visit to Western Australia, and he was most welcome. Before the evening's talk I was able to secure the services of a hand model - Duncan - to hold and operate the camera. That's him in the heading image - he seems familiar with photo equipment.  The new camera was equipped with a battery grip and new lens at the time and seemed to handle very well indeed. The Fujifilm company has had flagships cameras before - in recent years the X-T 2, 3, and 4 were successively the still cameras that were seen as the leaders, and at one stage of the game the X-H1 camera also signalled the intention of the firm to branch out a little. The new X-H2S body, however, significantly advances what they were trying to do  -so much so that... 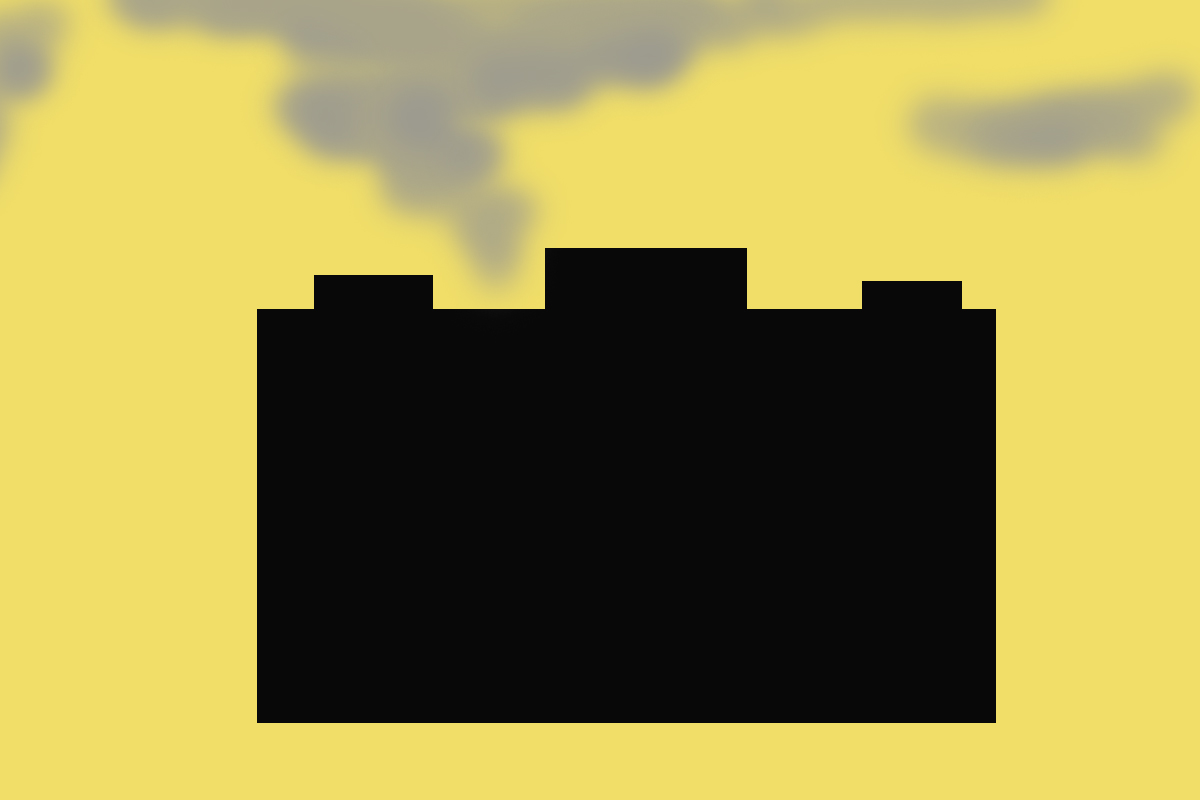 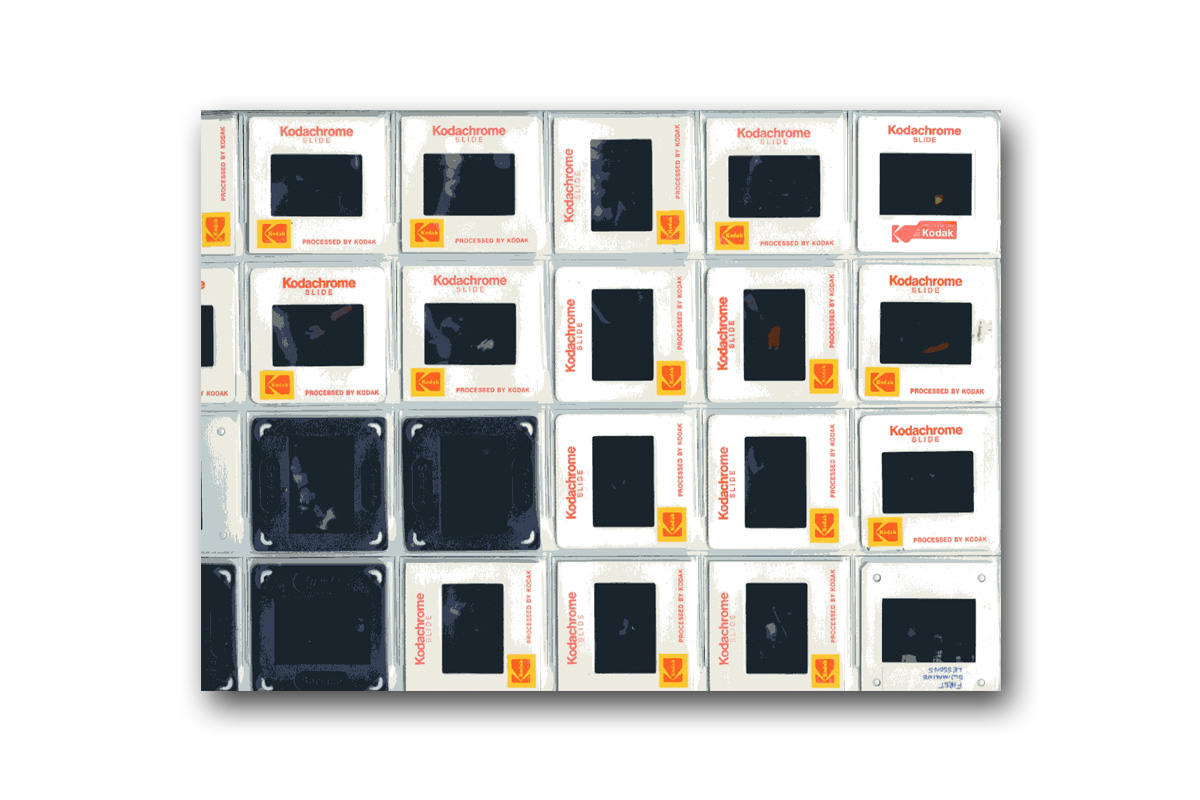 I used to do the bins at Camera Electronic every Thursday night before closing. Seven of 'em, and sometimes they were bursting with refuse. Retail trade generates a phenomenal amount of refuse - every delivery brings layers of cardboard protection that need to be removed form the premises to make room... 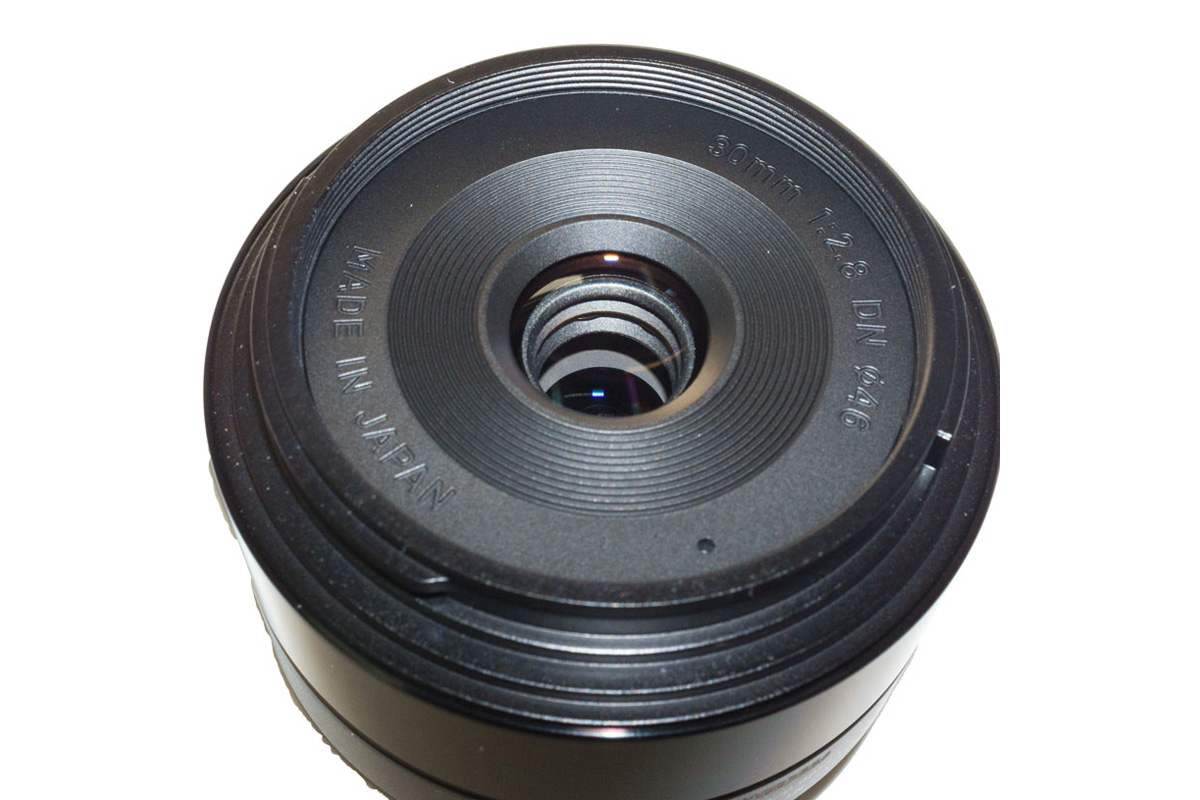 15 Jun How Many Times Do You Buy Stuff For Others?

I don't mean how many times do you come into the shop and spend other people's money. We don't care. If it has Commonwealth Of Australia somewhere on the bill and you can see through the watermark, we'll take it. We have an equal-opportunity till. But how many times have you purchased a piece of equipment to satisfy someone else's desires? A client who demands a certain look or a club committee who awards only certain sorts of photos. How many times have you spent your money to please them? I confess that I used to do it. Someone said they needed a certain coverage or look and I beat my brains until I could figure out how to afford a lens that would do it. And I did it, and got paid, and then the fashion changed and no-one else ever wanted that style of shot. Wanna buy a fisheye lens, anyone? The only comfort in this was the fact that I could buy at a decent price and sell at a slightly lower one, and not drip too much blood in...