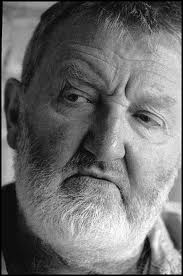 Posted at 01:36h in News by Uncle Dick 0 Comments [social_share]

Desperate for a blog topic this morning I contemplated a lot of things - some of them criminal. In the end Christos saved me by suggesting that you dial your computer over to the ABC site called iview. At least I think that is the name - it might be iView. Experiment.Stos saw a documentary on it on the 14th of this month that dealt with a chap called Jeff Carter. He travelled Australia for decades taking some 50,000 images of various aspects of the country. The title of the piece is " Inland Heart ". Apparently he had an opportunity to re-visit sites of earlier photos and to document changes with time.The documentary ran for some 26 minutes, and as it has the seal of approval of another photographer, you will probably quite enjoy it. I remember a few years ago they interviewed Matthew Brady about his war pictures and it was quite interesting as well.And finally, I note from the international section of the internet that a new computer division of the Apple Corporation has been formed specifically...