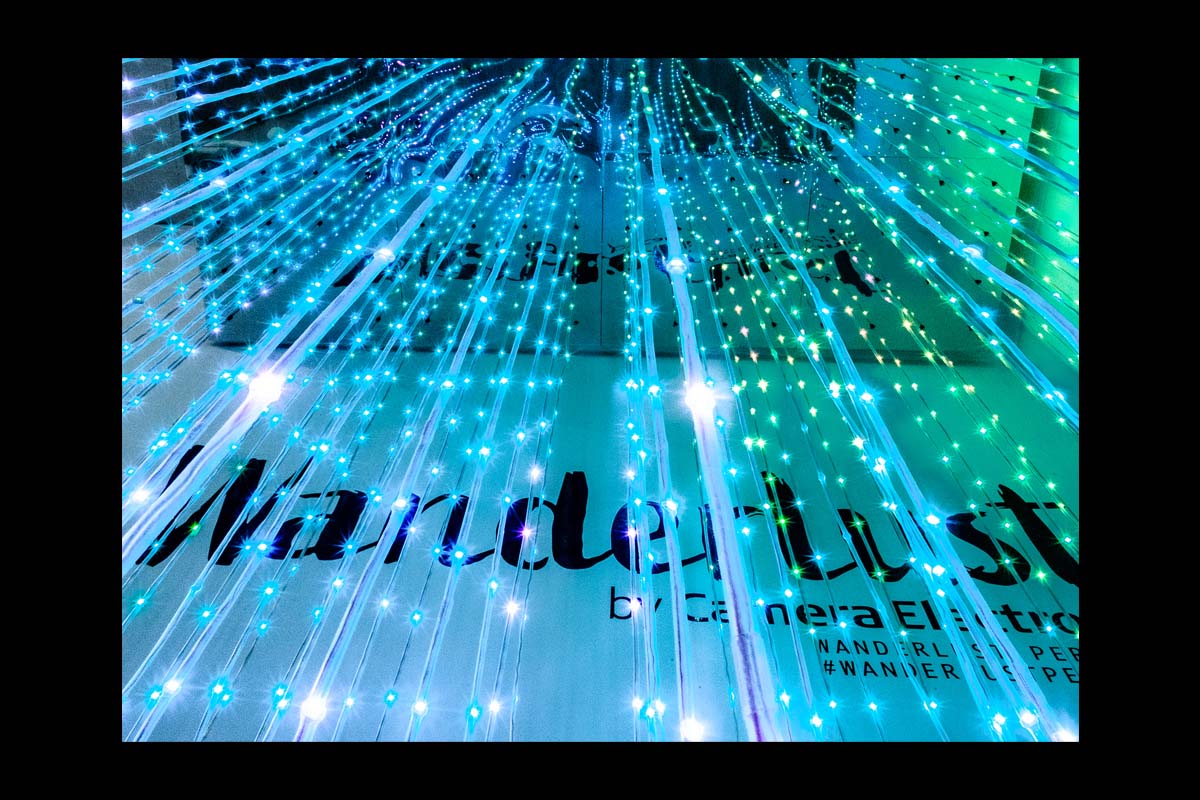 And not the embarrassing kind either - I'm talking about the water-based fun that you can get with Wanderlust drones. There are a lot of things you can do in the water besides your laundry. Swimming, surfing, fishing, etc. If it's you alone you can propel yourself about on any number of electric surfboards or underwater torpedoes. And you can send out drones to do your bidding as well - possibly with more safety than going in yourself. Take this one as an example - it's dedicated to underwater photography as it slips through the shallows. Find a reef and some bright sun and you can Cousteau to your heart's content in safety. Think of it as a guided action camera. The rather dramatic image  ( courtesy of I'm not sure what I did... 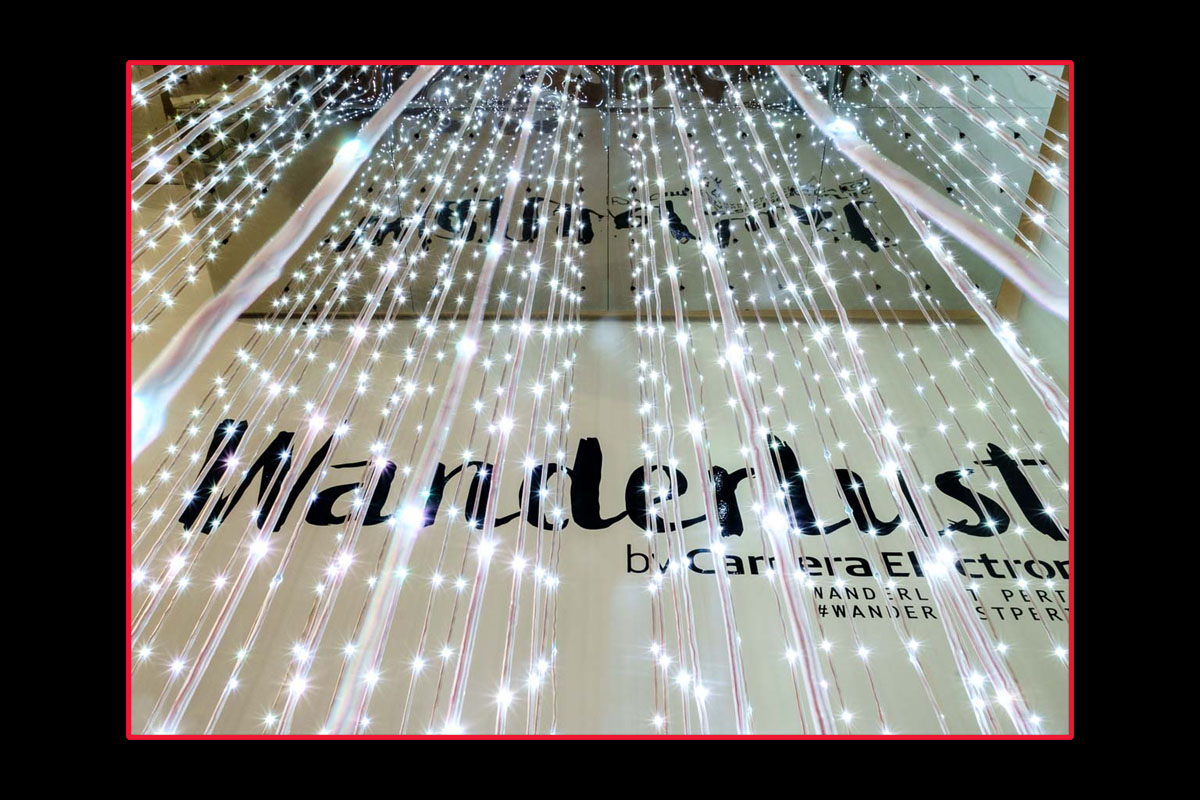 If you are going to go somewhere, go to Wanderlust in Murray Street first. You may have more fun on your journey. Of course, not all journeys are fun, and not all travellers need to be happy as they go. Occasionally a prison transport van goes by on the road and I never hear merry voices singing rollicking songs about the life of crime. But that's not Wanderlust customers - they can have a bit of fun. The wheeled goods in the shop are dedicated to this. There are electric scooters, Segway balancing wheeled carts, electric bicycles, and what looks suspiciously like an electric trail bike. The sizes  ( and presumably the prices ) grow as you get the more sophisticated wheels. Ans as you go faster, you pay more... 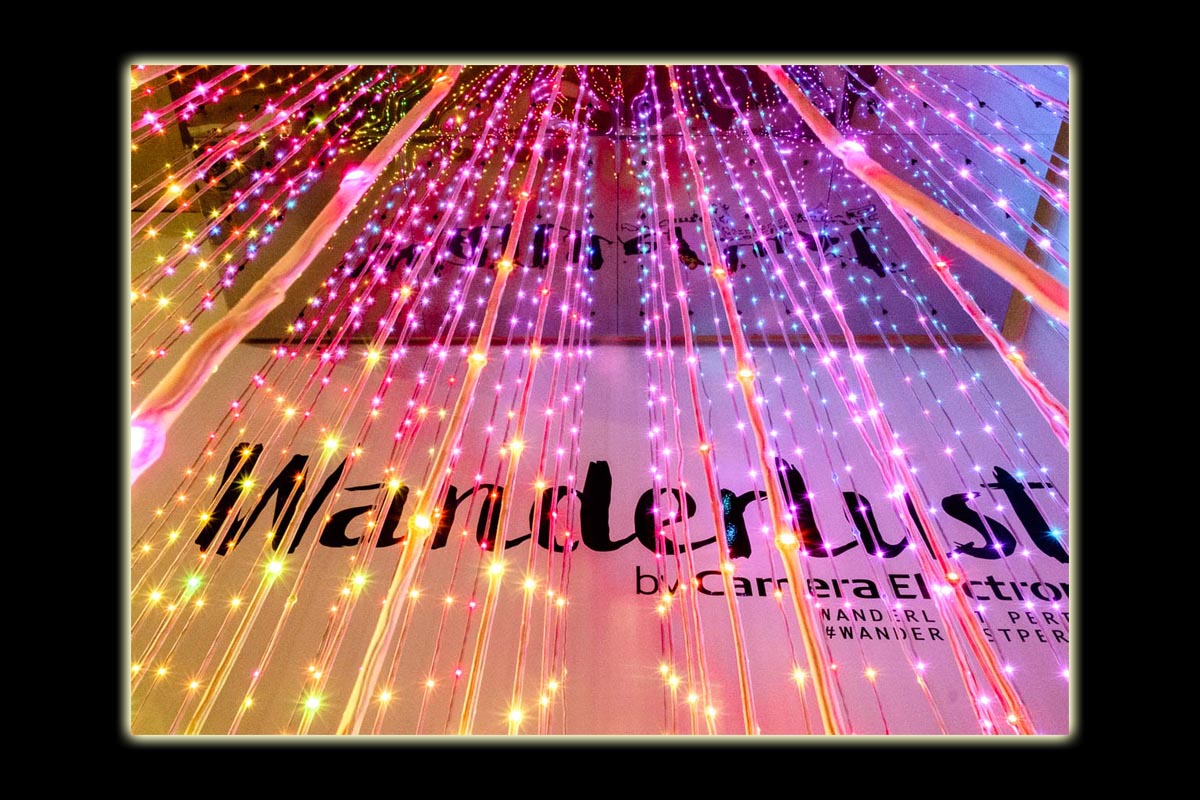 Remember I showed a shop in Hay Street Mall last year called  " Wanderlust "? The one with all the cutting edge fun things? Well, I'll let you into a secret - it was by Camera Electronic. It's moved recently - and now it's right by Camera Electronic - they've shifted lock, stock, and lens barrel into premises next door to the CE Murray Street shop. Go west along Murray and the shop on the left as you look into the CE door is Wanderlust. The facade has lost the pink door that was a fixed feature of Hay Street Mall and now has more of the CE corporate image. Speaking of corporate images, I noted as I walked from the underground train station to CE that a number of fancy retailers - Louis Vuitton, Chanel, TAG Heuer, etc. have set up shops on Murray Street as well. Possibly trying to benefit from the prestige of being located near Camera Electronic. A wise business decision upon their parts and let us hope they do well. But back to Wanderlust. There seems more floor space in this... 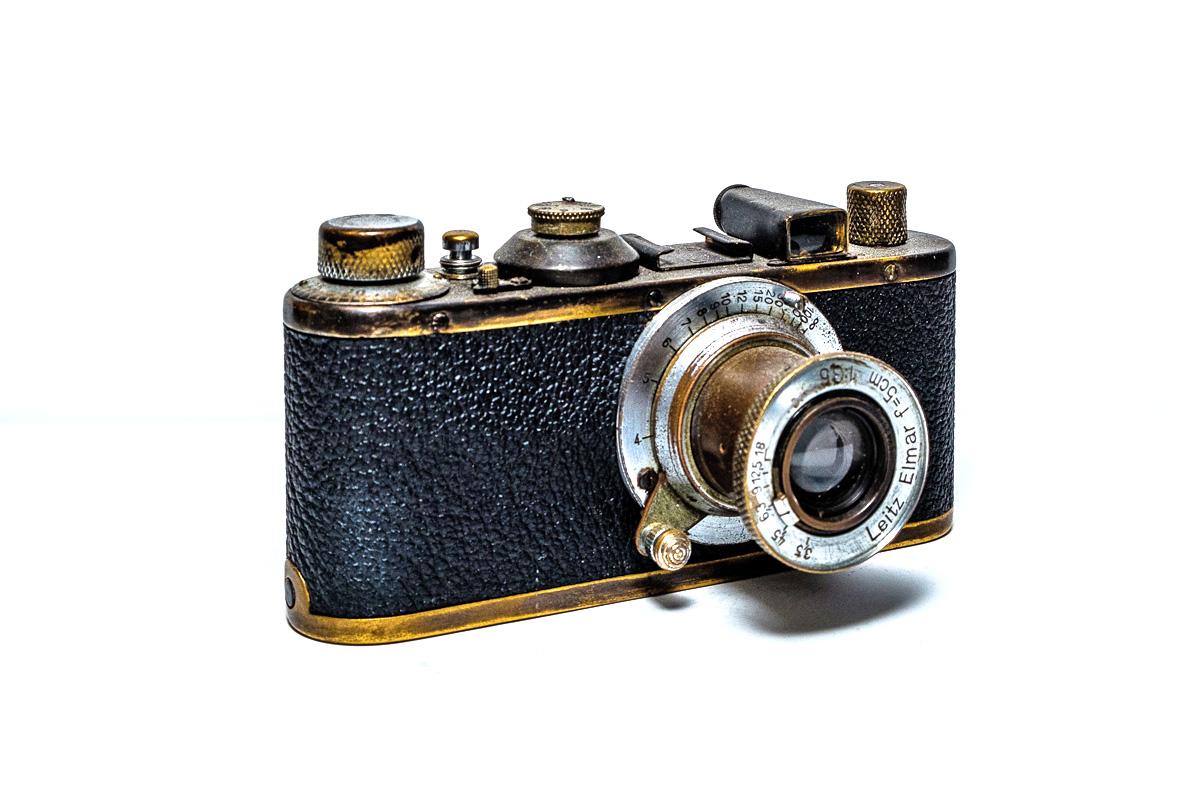 17 Nov Will There Be Any New Breakthroughs In Film Photography?

Not going to enter into a debate about which is better - analog or digital - or to take one side or the other. I've done the one and do the other and in both cases I'm just grateful when I can see the faces in the pictures and the horizon is straight. But I am curious as to whether there will be any new developments of value in the analog field in the future. I was drawn to this speculation earlier in the year by the news that the Perth photo markets were set to reopen in November after a two-year hiatus. I wondered if there would be a flood of secondhand digital or whether we'd see the same old run of film cameras. I also experienced the shock of the old encountering the new when I went to a hifi retailer seeking a small CD player for a studio system. Oh Dear Me, I can buy amazing new Bluefi things that are probably better, but if I do not want to start up with new technologies, I'll be reduced... 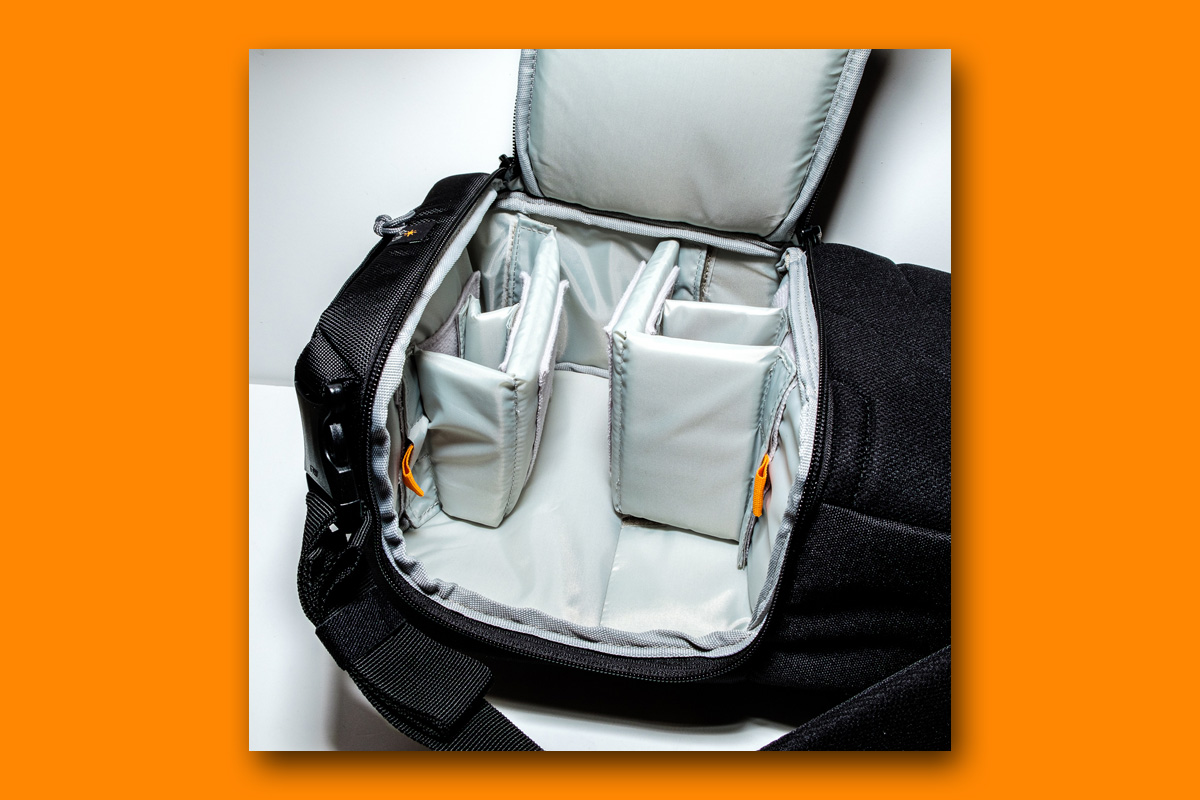 15 Nov Running Out Of Stuff

One of the most satisfying experiences for a photographer is that of running out of stuff. It leads to great things... 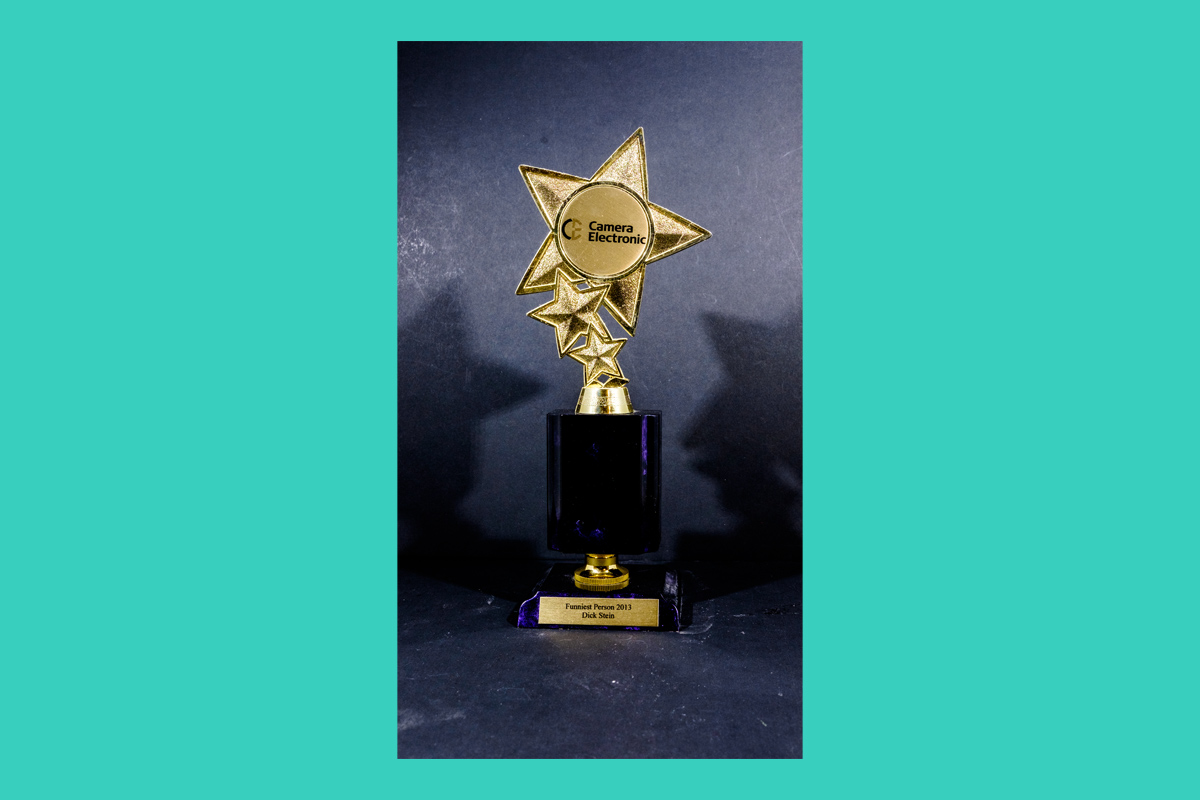 If that title sounds like a meme from a social media site, forgive me. At least there are no kitten pictures*. But it's true, and for the person who wants to be paid for their photography it needs to be a prime thought before they start. This applies if they hope for cash or just judge's praise. I wish I could say that I've always adhered to the maxim, but I haven't - and when that happens, nothing else works. The business photographer is frequently in the same position as a film actor - they are judged by their last performance. This is awkward when fate or fortune step in and deal a bad job or a bad result. Equipment breakdown or lack of knowledge can make it all stop - I had one of these a week ago. Fortunately it was a small glitch, but I am going to be extra vigilant that it doesn't happen again - or I would get a reputation as an unreliable worker. How to prevent this sort of thing? a. Get as much real knowledge about your... 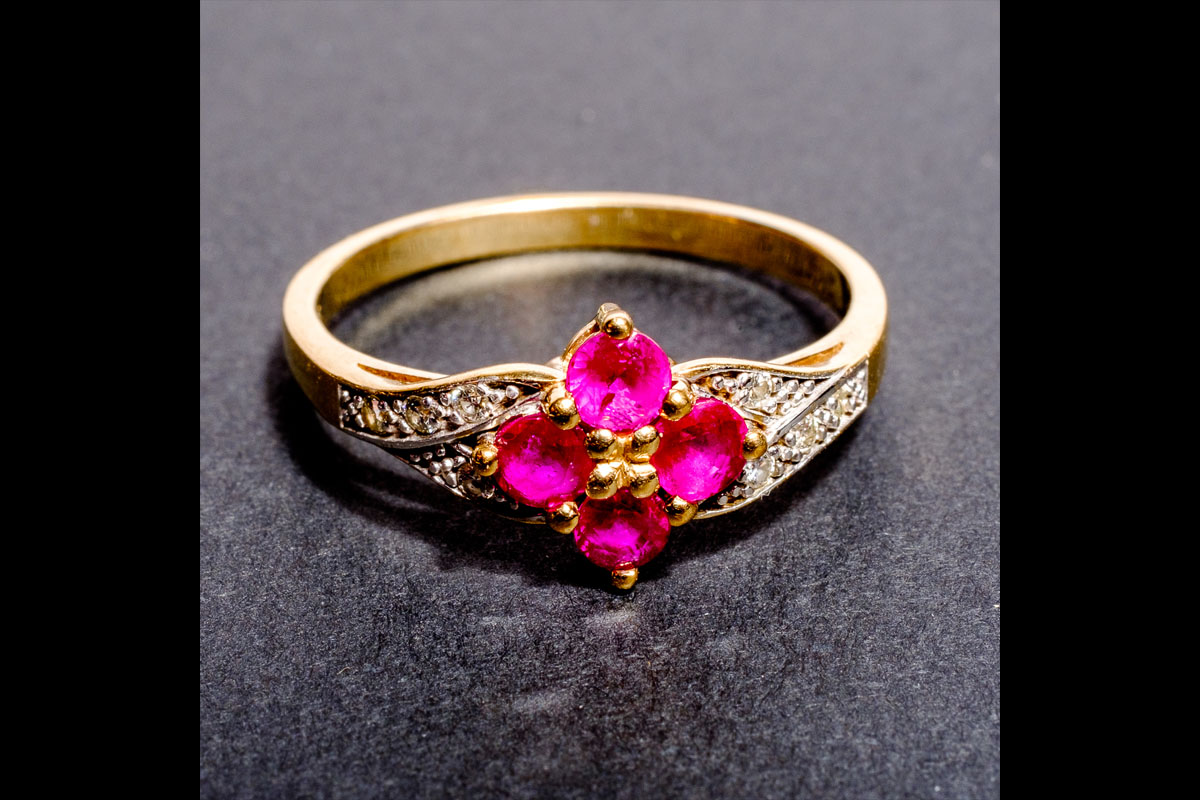 When someone in a shop asks that question it can be for good or ill... 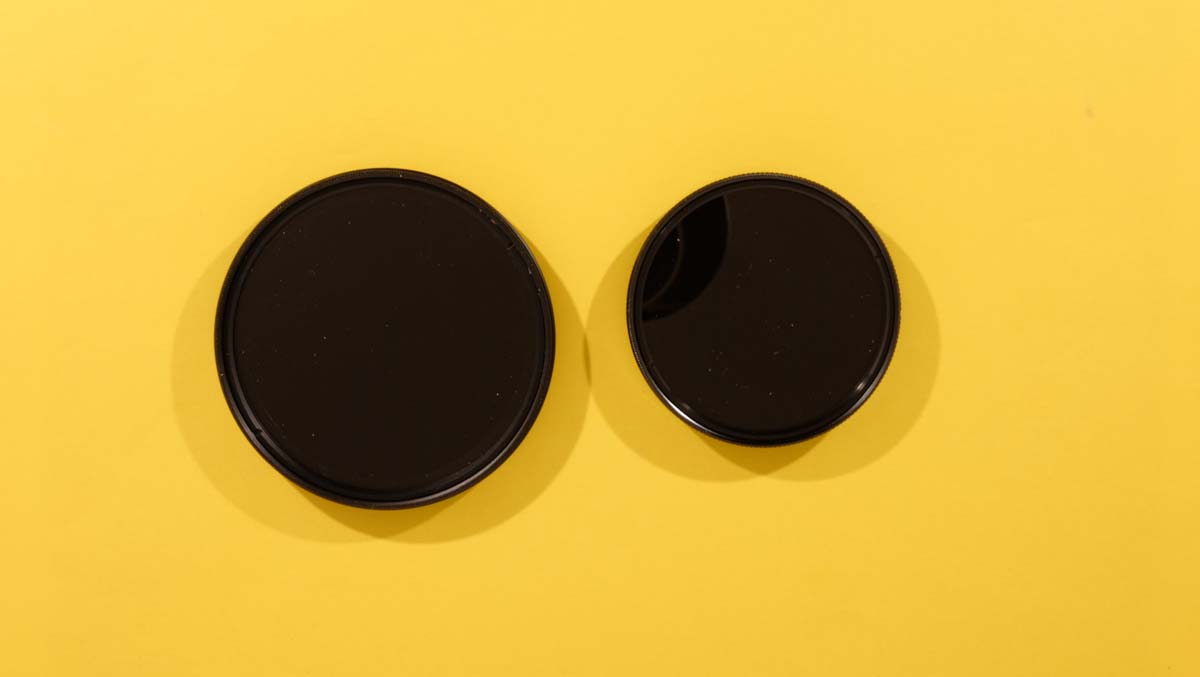 Those aren't black eyes in the heading image - they're a pair of variable ND filters; 67mm on the left and 58mm on the right. They're alike except for a few small things: a. The 58mm can be turned to successfully exclude light - the 67mm cannot. b. The 58mm turns smoothly and freely - the 67mm is stiff and difficult to work with. c. The 58mm has a smooth overall darkening pattern - the 67mm has a central greyish band and two polar patches of bright light. The small one was purchased to go in front of a Fujinon 18-55 f:2.8-4 zoom lens. It was used at a recent dance show to provide smooth fade-in and fade-out for video recording of portions of the show. When the recording was started, it was slowly turned with one finger to the open position - when the segment finished it was rotated again to darkness. The final cut-off point was dark and precise enough to give a definite black. As this was so successful I asked a friend if I could borrow his 67 Variable ND to test... 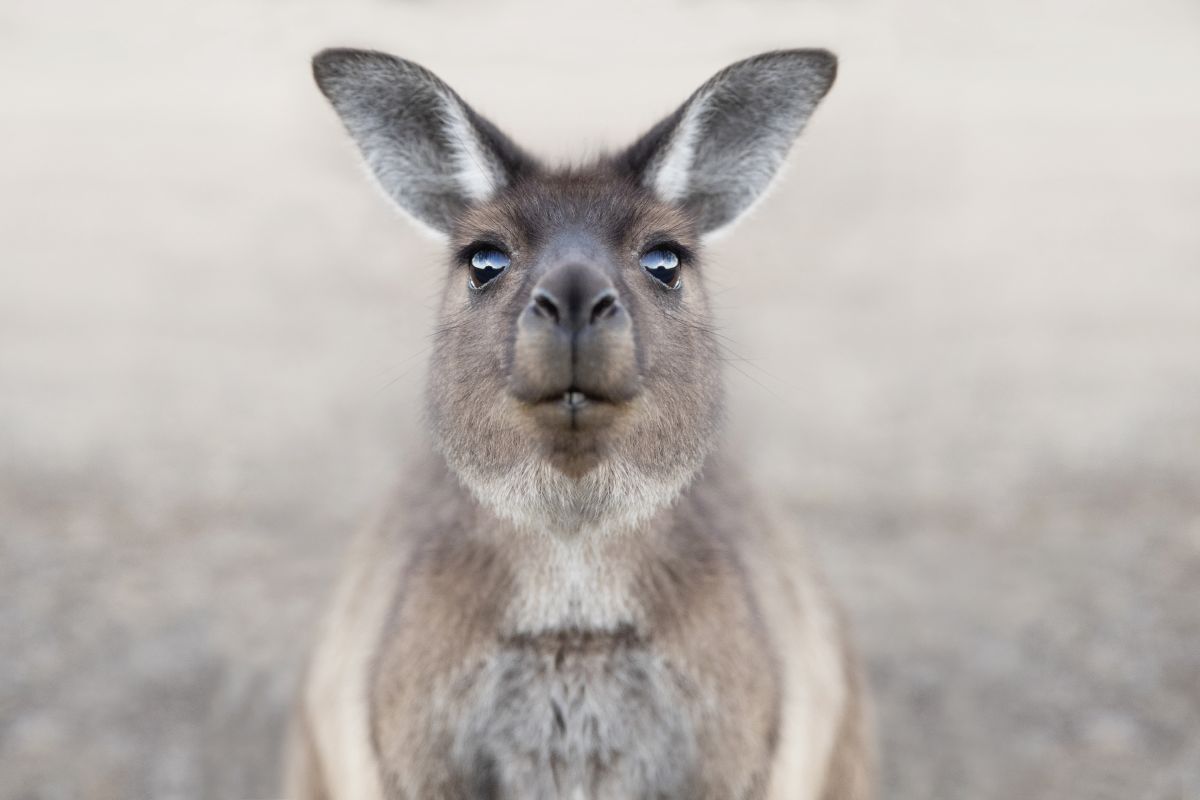 Posted at 16:41h in News by Alex Cearns 0 Comments [social_share]

Previous Next Have you heard the saying “You don’t know what you don’t know”? That’s how I would best describe my relationship with professional, colour calibrated photography monitors. I’ve been a full time professional photographer for the past 12 years and during my career I’ve always used high end, all in one desktop PC’s to edit my images. Now these computers did their job as far as running the internet, storing client record management database and saving my word docs – but little did I understand the damage they were doing to my images. I finally realised something was wrong in late 2017 when I changed over to a new computer and started experiencing dramatic variation in the colour output of my prints. What I was seeing on screen wasn’t what I was achieving in my prints – they were filled with colour casts and over saturation. I print at a professional photo laboratory, so I knew the problem was at my end. Yikes! It was costing me time and money to try to rectify the issue by editing blindly, hoping I would... 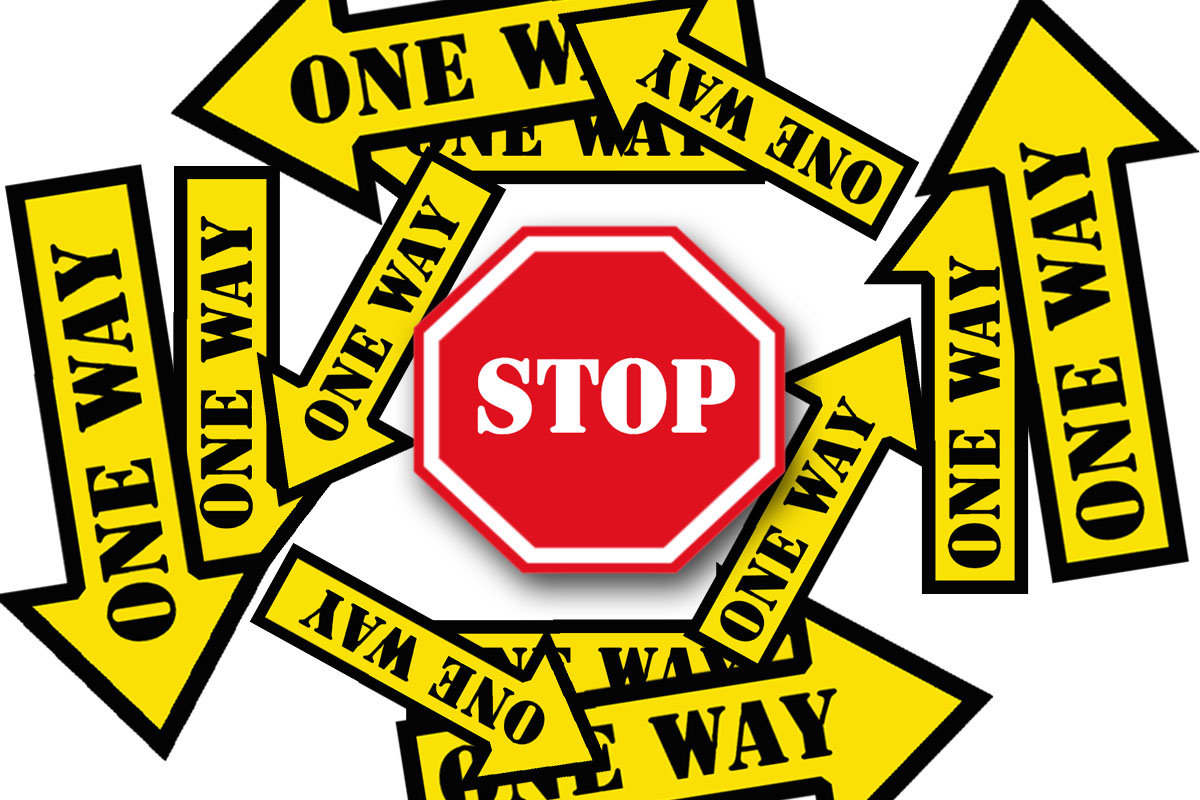 And with open eyes this time, too. How did I get to them? Well, mostly I drove my little car near to their premises, avoiding the 4WD's and  desperate commuters. I tried to get a parking spot as close to the shops as I could. And there was a remarkable difference in the experience...