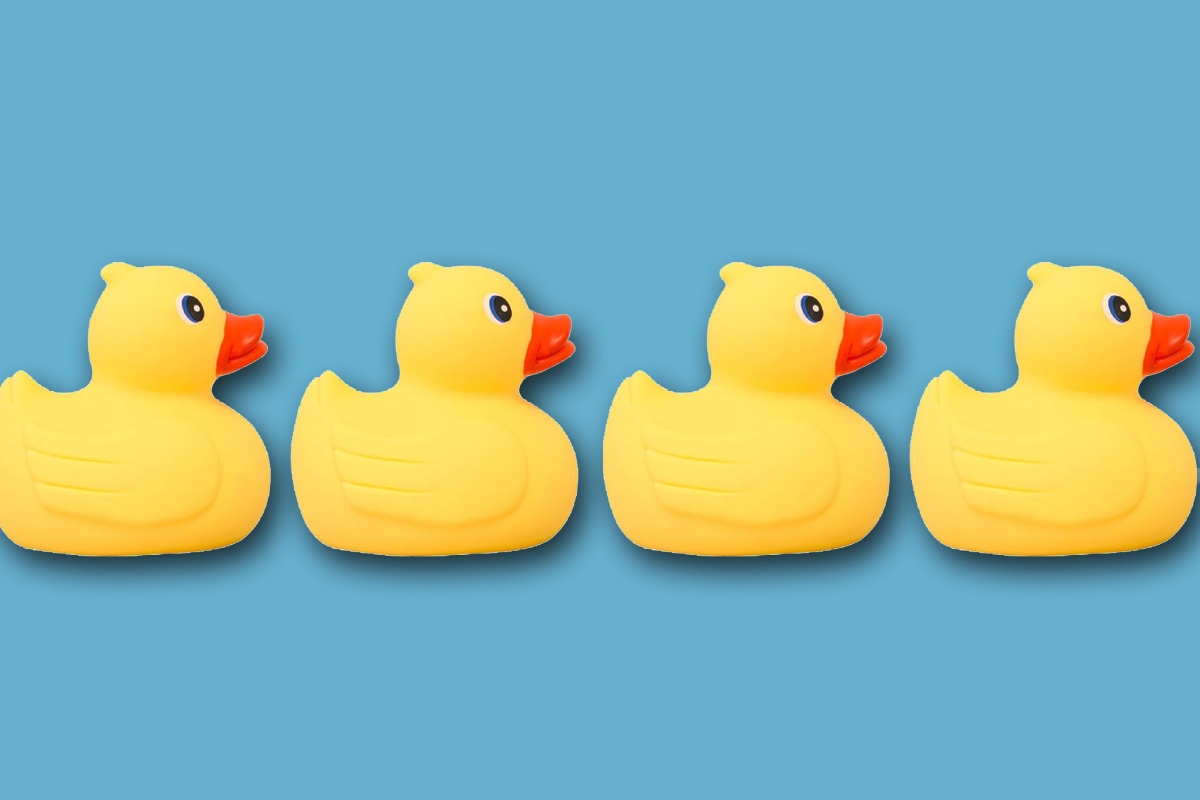 I have spent a rainy Perth day herding ducks. Not real live quackers – the virtual kind in my computer. I have succeeded in marshalling a small group of them into a row and fallen back exhausted from the effort.

It’s not one of those silly Facebook games – it’s the business of organising digital photography files. Like many of our readers my growing collection of files is spread over a number of devices, held in a number of formats, and about as organised as a soup sandwich. I have elected to try to head ’em up and move ’em out by slow manual means as this is cheaper for me than organising software – I have time to do it.

In truth, and you may reflect for yourselves, I had time to do it all along – and the manufacturers of digital equipment and knowledge tried their best to persuade me to do it. I’ve a bookshelf of manuals and instruction books for a number of editing programs, computers, and storage devices that all urge me to organisation. Even programs that are long superseded had systems within themselves that would have worked – had they been consistently applied.

There it is, folks. Consistency. Do the same thing repeatedly, and whether it is with a sharp or dull instrument, eventually you will have organised results. Had I marked my files with stars, colours, ratings, and collections, like they all told me, I could breeze through a lot of the pile. I was lazy or confused to start with…and that seems to be the consistency I have carried through until now.

Never mind. I have hived off an enormous amount of old material which i do not expect a call for – old weddings, old portraits, old events  – onto a reasonably reliable hard drive that will get little turnover. I would like to think that I will get time to fire it up one day and herd its ducks, but if it contains mostly deep history, it will have to be pretty empty time.

The better, newer, stuff got a cursory review and two important subdivisions were minutely inspected. As I suspected, there were duplicates, half-done jobs, and mere scraps of information thrown into folders. I think I must have been using the excuse of the proverbial rainy day to keep them. Well, it was raining Thursday and their time had come. The real files went into sensible subfolders with descriptive names and the now-useless went to the trash.

Note that I said description. You could go overboard with some recording – though nowhere near as far as the cameras and computers do themselves with EXIF data and a million legal note. But write enough for yourself so you recognise what you were on about in a year when you’re back searching. Count 80 main folders and one in particular has 50 subfolders but at least this one has been cleared, cleaned and lined up.

The rest of the winter will have other rainy days – and the rest of the 50 folders can be opened and regulated. I expect to regain a deal of storage space as I have discovered giant working files that really just need to be approved and condensed. Note that storage is on an external RAID system but not the original one I started with. That failed, along with the company that made it, and was replaced with a newer one. At least the promise of data safety was upheld – when the time came to migrate the files they all came over safely.

And you? Is your working or artistic collection a neat regiment of files – lined up, uniform, and safe from any attack? Or do some of your best works lurk around in the underbrush? If there is nothing on TV, and the roads are chaotic, why not sit there and make life easier for yourself.