What Is The Opposite Of Retro? 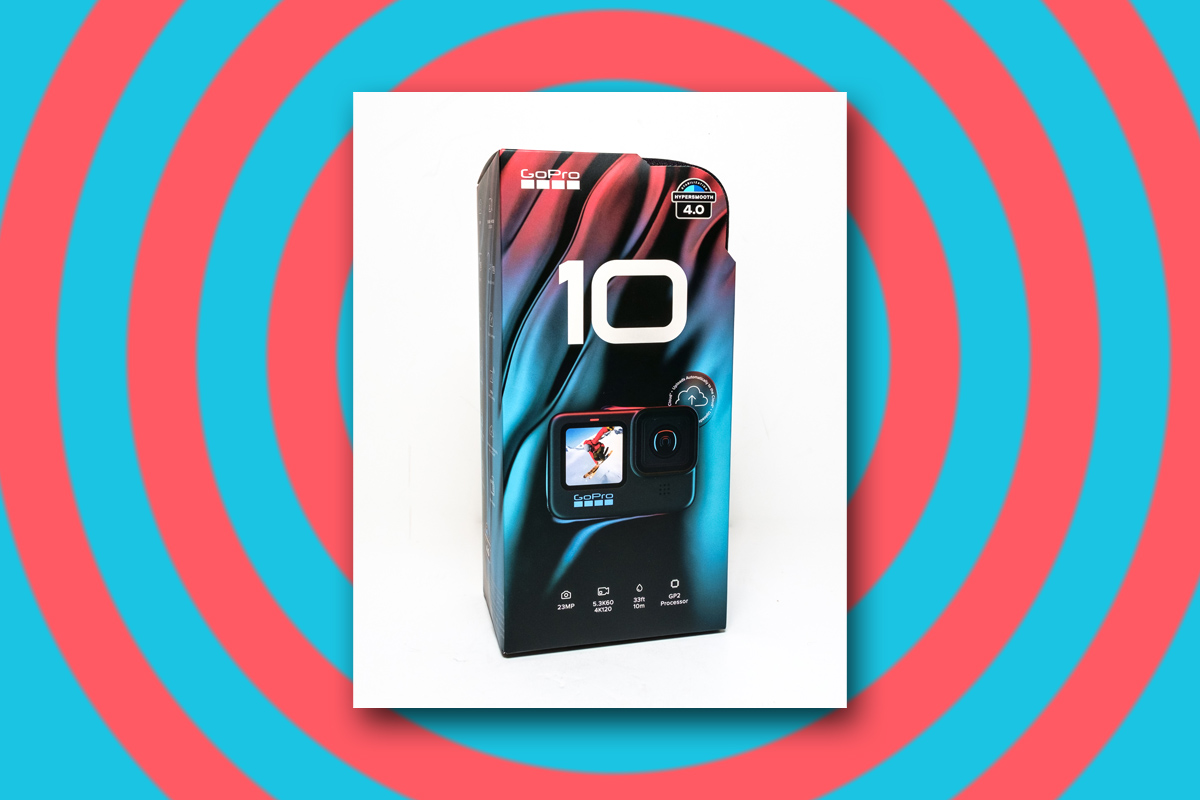 09 May What Is The Opposite Of Retro?

And there will be readers who suggest ” orter “. Or at least they oughta…

I may be the last person on the planet who should review an action camera – given that I finish most evenings in my PJ’s in the comfy chair reading a Victorian novel. Yes, hot chocolate, too. Hardly the thing for GoPro users.

Yet I’ve seen the rise and rise of the action camera division of photo equipment ever since the first GoPro models. There have been quite a few – the number on the box would suggest 10 – and many, many copies and clones. There was a moment in the retail world when every major wholesaler was turning up with another action camera in some startling shape. I expected them to proliferate uncontrollably.

Yet, here we are, and the GoPro brand has stayed, dominated the market, and probably filmed the demise of most of the competitors. Both Camera Electronic shops are host to the latest of the series and no end of mounts and accessories for them. And therein lies the wisdom and success for the makers – they have not changed the basic size and fittings for the camera range – you can still use what you bought.

This new camera has a new processor – the capability to shoot 5.6 K video at 120 FPS, and enough resolution to allow you to pluck out stills that may be as good as you could take with your regular camera.

Note:  That is, if your regular camera was equipped with a wide-angle lens and you wanted what the GoPro has seen. Do not imagine that this replaces an instrument over which you exercise minute control. This is a camera for action, and that of the fulminating sort.

What you see goes up to The Cloud as you recharge the internal battery. You can retrieve it as readily as the government agencies who monitor The Cloud do, so you don’t have to dismantle the thing each time to recover images from the tiny SD card. You can use it as a live streaming web camera as well. There are probably surveillance tasks it can accomplish as well, from UAV’s, long poles, or holes cut into sports bags. Your only limits are imagination and criminal statutes.

Note that a number of the functions of this class of camera may have been usurped by the use of ever-more-capable mobile phones, but they are rarely as robust as a fully-protected GoPro.

Note also for those contemplating action cameras: These are sold on the premise of adventure. Adventure can also be seen as quests and such, and are synonymous with risk. The use of an action camera to film you breaking your neck or leg is all very well, but you’ll get tired of reviewing the footage while in hospital.