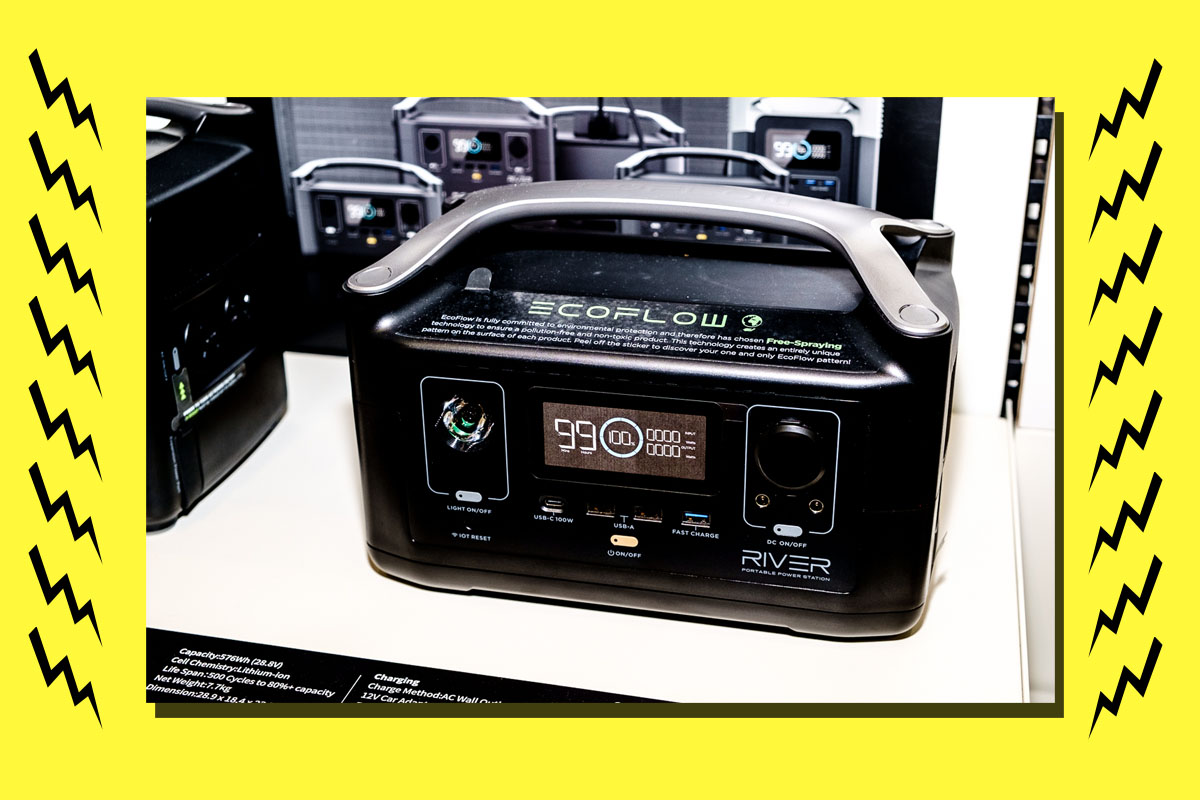 The Wanderlust shop next door to the Murray Street Camera Electronic shop is a lot of fun to wander through if you are an older person who doesn’t understand modern technology. Of course I can get the same way in a deli, so that doesn’t say much.

However, you occasionally see things that vaguely make sense – and the three big boxes sitting over on the side wall were in this category. They appear to be a solution to a problem that we have made for ourselves – the problem of devices.

Now a device is anything that we have that does something – as opposed to some of the in-laws who don’t. Electrical devices do things with magic and electronic devices do it with clean and precise magic. If you are out where the busses don’t run, however, there is no electricity to power the magic and you’re left to your own…err…devices…

Panic not. These three big battery systems by Ecoflow are the answer for a great many of these needs. They are fitted with multiple output sockets for the sorts of electronics that we take into the field; cameras, sound systems, lights, coolers, etc. They charge quickly from the mains current in your house and can maintain themselves full over a long period of time. They are rugged and portable, and as you can see from the pictures are compact enough, with enough handles and stable feet to be easy to shift around. There are standard Australian mains sockets on the back. 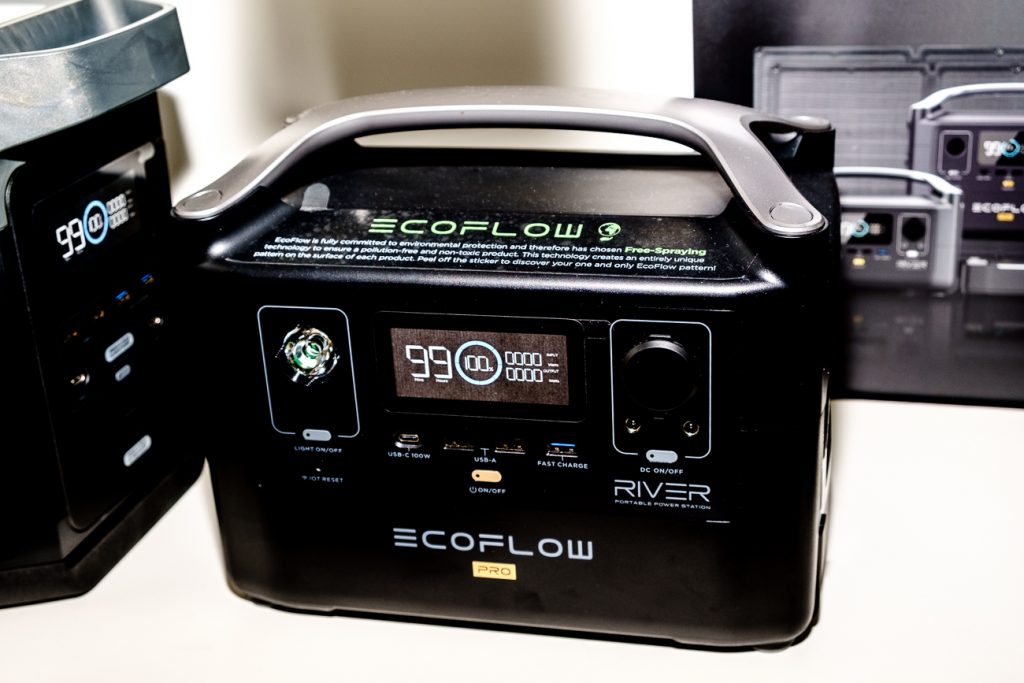 I should imagine they are the basic equipment of the off-road and 4WD people too. They seem to like to get away from it all while taking most of it with them.

At home, the batteries are a prudent resource for when the expected power from our state authorities is cut off. Over the Christmas break a number of suburbs lost power on very hot days. These batteries may not have been able to run A/C but they might have saved foodstuffs in coolers. I know when 5 Synergy vans and a backhoe arrived in my street a few weeks ago to trace an underground fault, we were nervously looking at the fridge and planning how we could transfer the food to other people’s houses for safety. Fortunately it was not necessary, but one of these Ecoflow electricity boxes could have kept the telly or the wireless going during the long day – and charged up our phones and tablets. 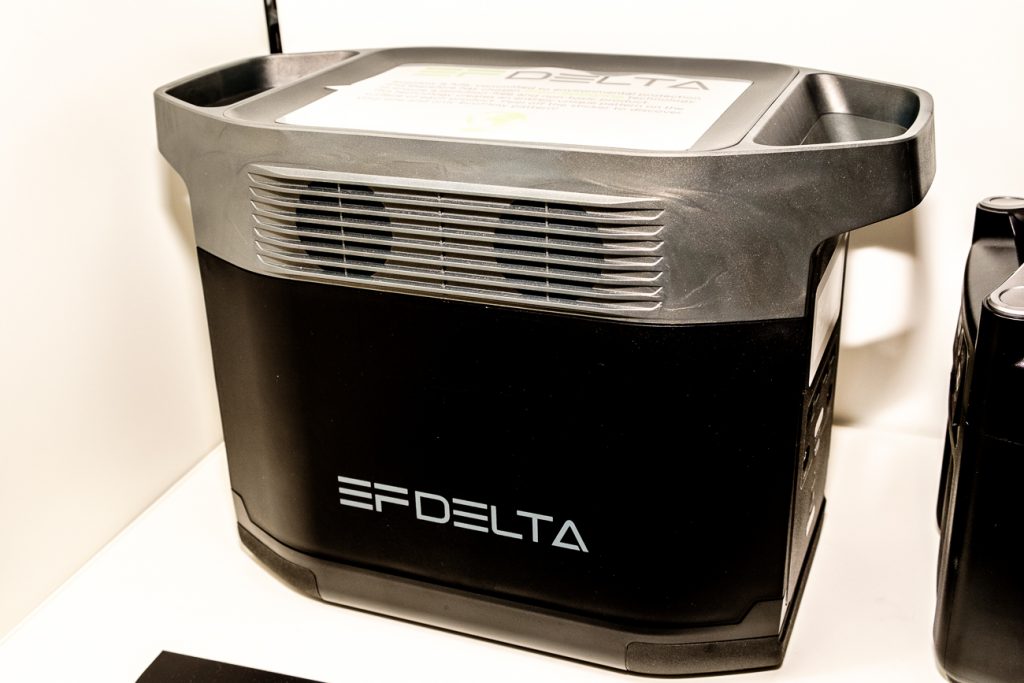 So it’s not just out on the track, Jack. This is a good idea here at home.

Note that some battery systems are expandable for extra storage.