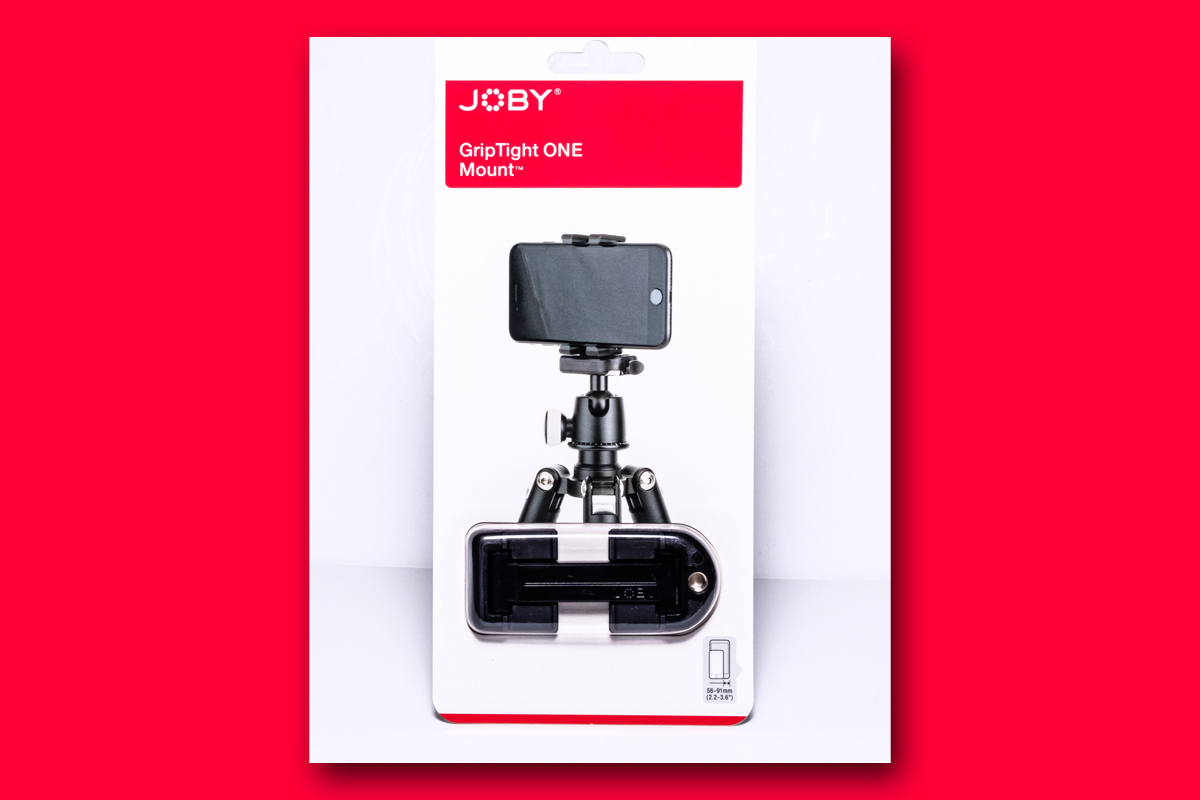 The Hollywood tycoon that other tycoons feared…because he would never pick up the check at lunch.

I was reminded of old C. B. this week as I browsed the shelves of the Stirling Street Shop. I was reminded of me. Because I was deliberately looking for inexpensive ways of becoming ye olde compleate mobile phone cameraman – and I think I found what I wanted.

The story is a carry0ver from my notes last week about the dance clips. The first batch went off to the publicist just before the big Facebook blackout and we anxiously awaited their reception. They were crude, experimental, but surprisingly good looking, and the audience appears to have agreed. I watch the daily tally of viewers and commenters rise. And all this from the equivalent of Mom’s basement.

Well, If junk can do it, good stuff can do it better. And Joby products are good stuff. I use one of their ballheads in my studio and have nothing but praise for the precision and sturdiness. It looks as if their goods for mobile phones are just as well built. 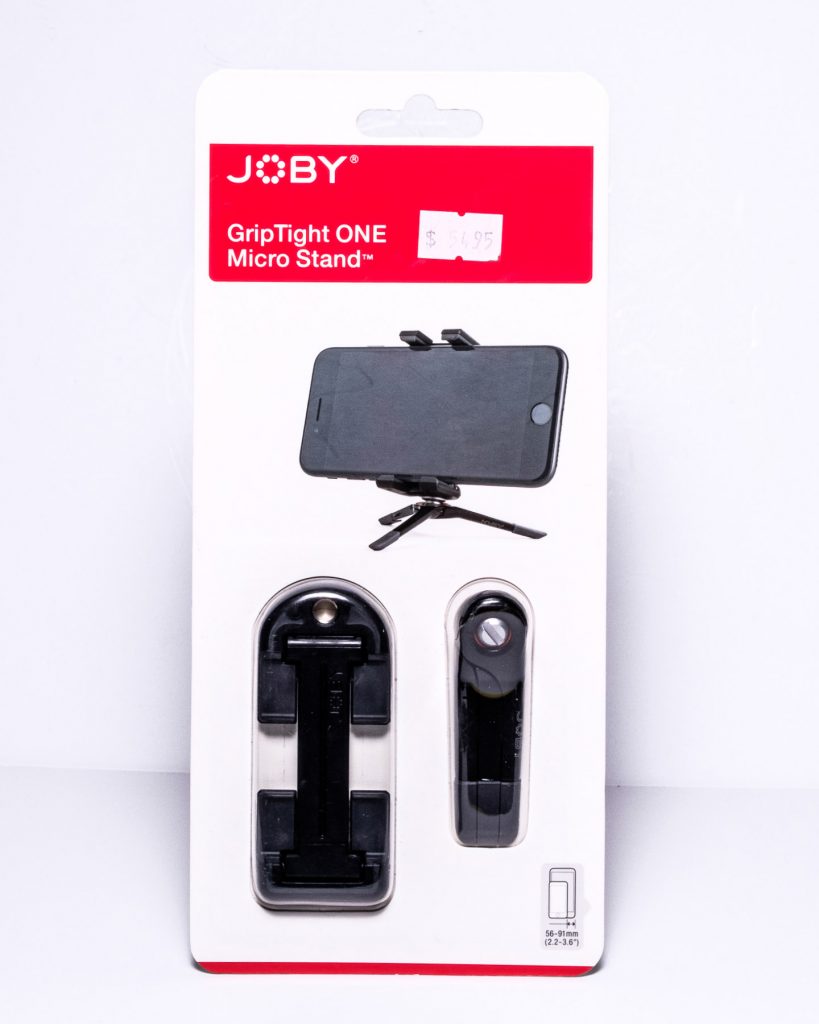 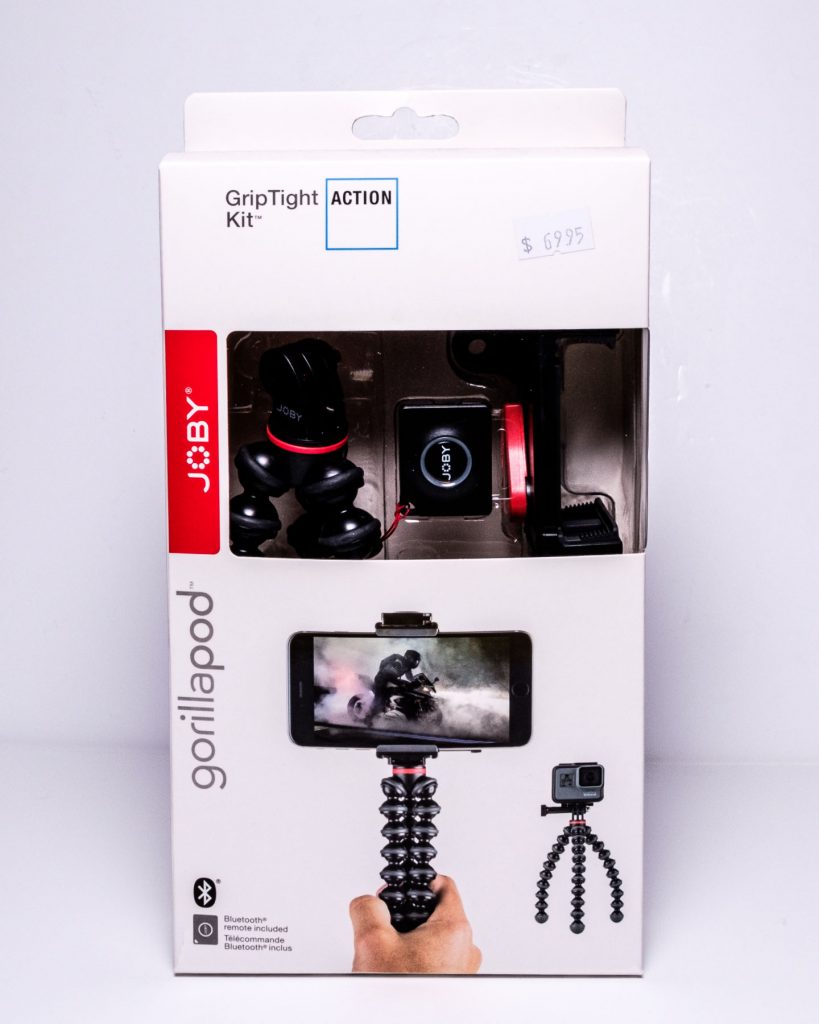 I was able to find five separate holding or support systems without even venturing into the tablet-size gear. The ones I concentrated on were to hold a phone. The clamps are heavy-duty while still being light enough. The tabletop support is just enough to make the thing work for selfies, and the extendable handle with small tripod legs would do the same at a more ambitious height. It has a wireless trigger to start the filming as well. 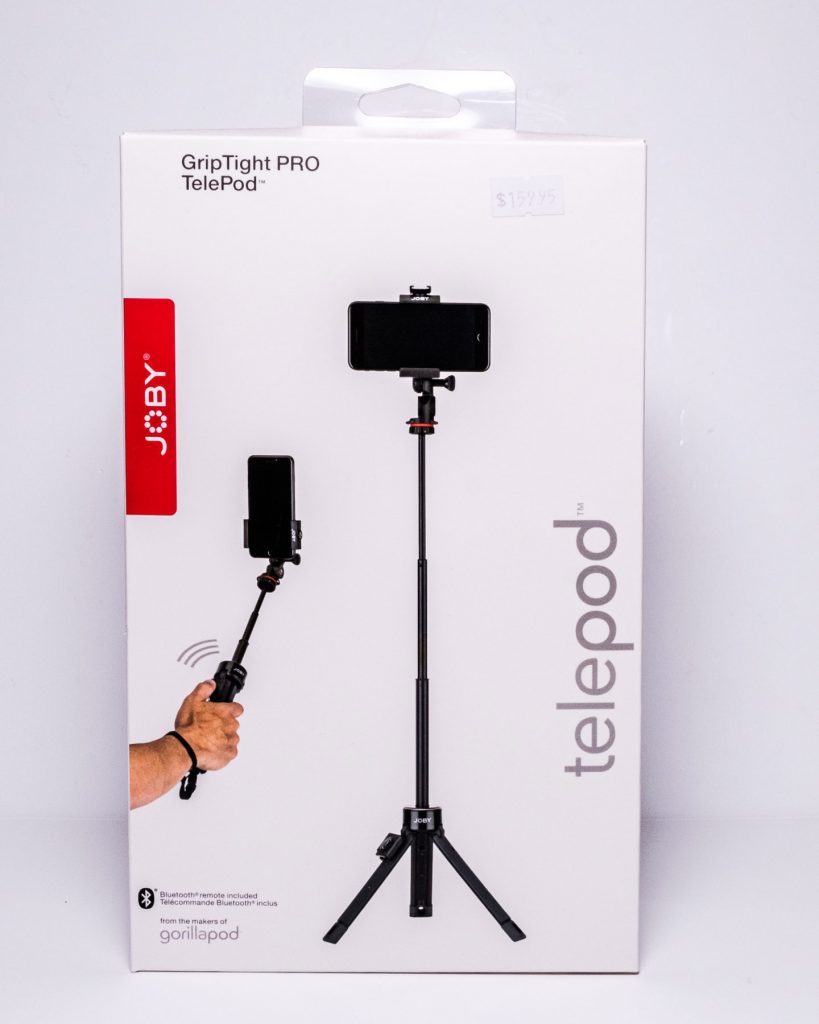 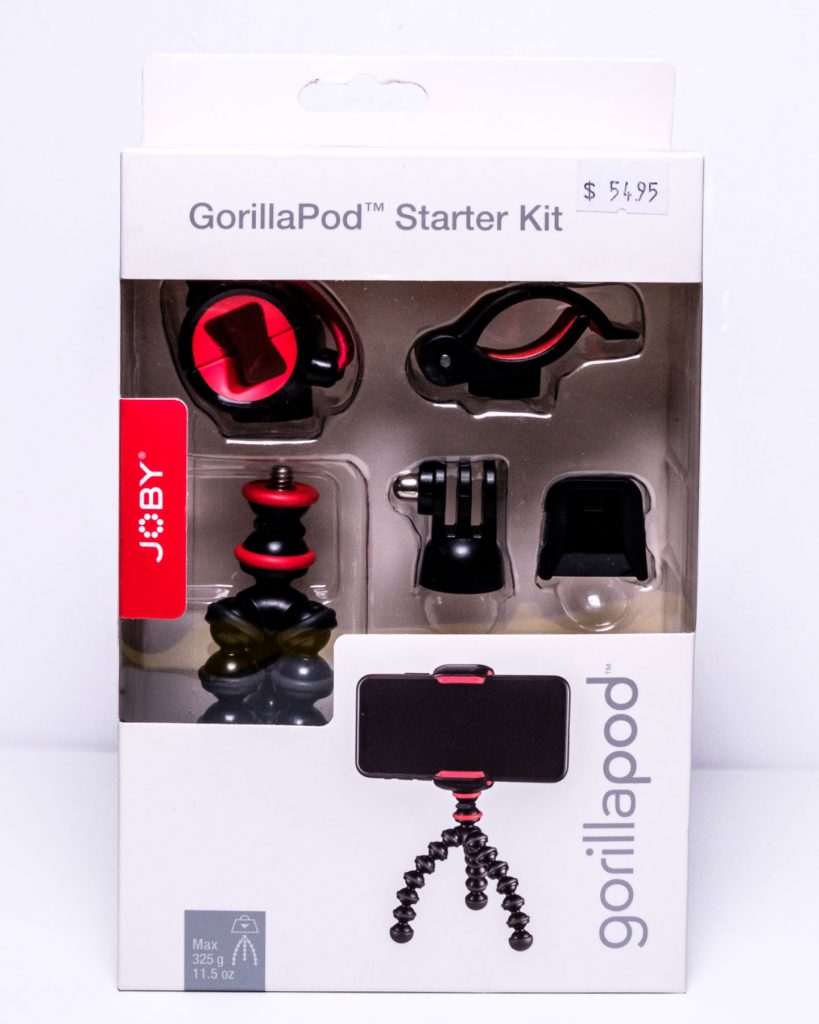 But the real items for me are the  Gorillapod holder sets and the GripTight One mount. These would give the most stability in a studio situation – particularly combined with a light stand or small tripod. Remember I am trying to buy for someone who is on a budget, so big rigs and modified artillery mounts are not what’s needed. Small, light, but with he stiffness that keeps the camera lens still while the dancer does the moving.

The add-on comforts can come later – some way to start and stop the recording from the dance position will be good, particularly if it doesn’t have to be a precise poke on a button. We have an IKEA light that turns on and off with a floor button you stomp so perhaps there is something like this for cameras. At least there is a self-timer setting on the phone.

Note to all photographers: have you ever noticed that self-timer settings came very early to film camera shutters? They were clockwork but even little amateir cameras seemsed to get in on them. But they are always either too short a run or too long. If you do not race back to position with the short ones you enter the action from the side – if you use the long delay you have time to make lunch and do the dishes before the wretched thing finally triggers off.

We need a voice-activated one that lets you start the camera when you are properly prepared. I know what I want mine to respond to: