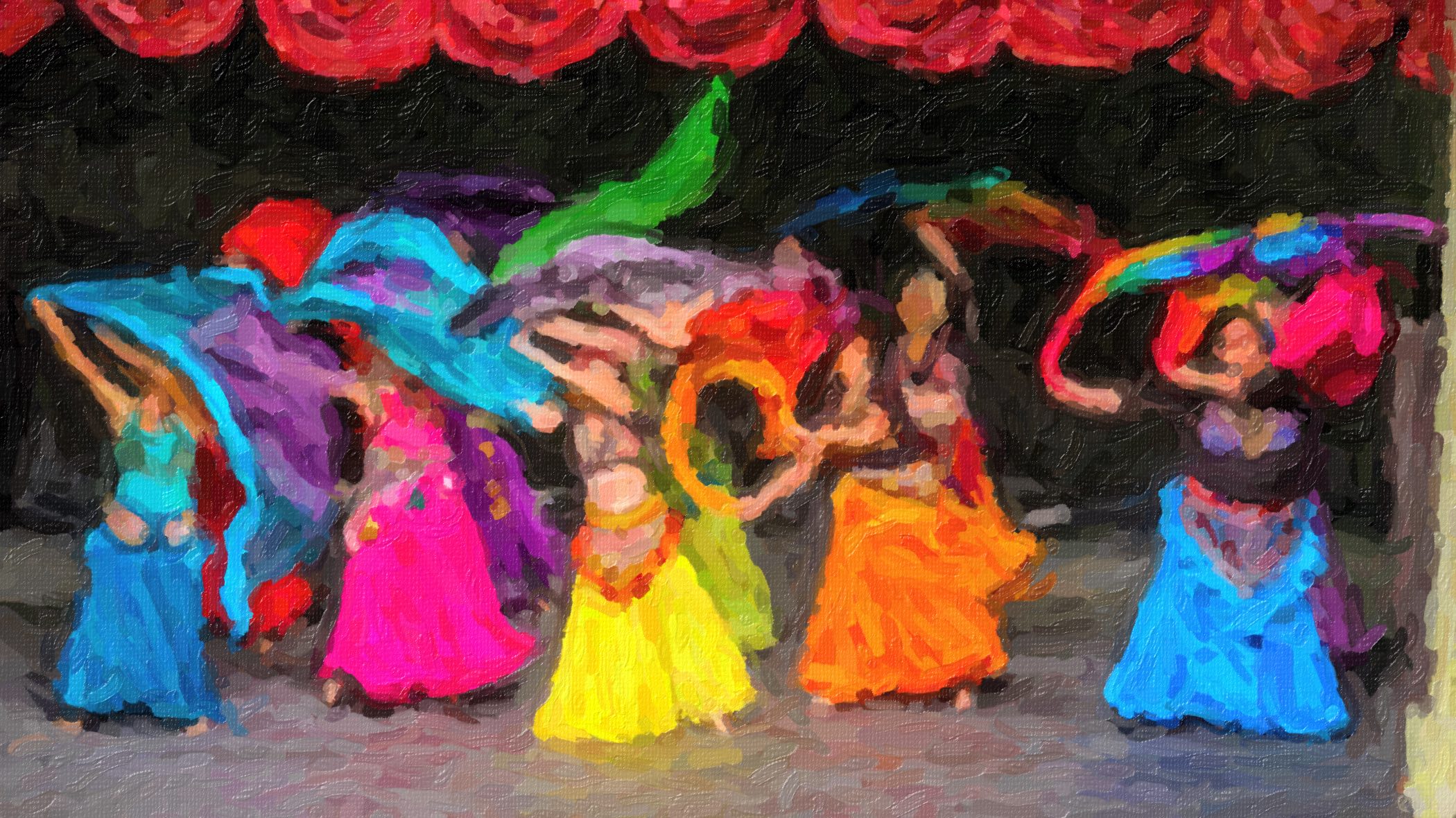 It is interesting to see the advertising that accompanies modern photo and audio gear and how much emphasis is put upon the portability, light weight, and small size of the goods. This is all good, when you are person who has to do the porting – it becomes bad when someone else elects to step in.

I went to an event at a venue last Saturday and shared a deserted balcony overlooking the stage with someone else’s equipment that was to be working unattended. Nothing sophisticated – a small video camera, tripod, and battery pack. I duly turned it on and off for the owner when the show started and stopped – and went on with my dance shooting in the meantime.

It was a pleasant novelty to work a shoot separate from hoi polloi – up there in the semi-darkness. I was supplied with a drink and plate of Spanish rice and could not be happier. My files turned out well, and the stage lighting was surprisingly good – one of the few occasions when I haven’t flashed anything at all. ( you may make of that what you will…)

The evening would have been perfect had I not received a message from the owner of the video camera to tell me their battery pack was stolen after the show – someone bothered to climb a flight of stairs, un-tape the pack from the tripod, and make off with it during the general work of cleaning up the hall.

The dance people of Perth are better than this – but the hall was open to the street as the packing-up was going on and I would guess that one of the local pack of ferals snuck in and snatched what could be got. The only reason the camera and tripod wasn’t taken was their size and possibly the fact that the thief couldn’t quickly fence them as the camera would have been serial-numbered.

This sort of thievery is not new – I’ve seen it done with great devastation after a hobby show during the break-up and the loading of cars. On that occasion it was likely a planned strike, rather than an opportunistic foray.

The battery pack is replaceable – for me it is a warning when working out of the studio that gear should be secured at all times. I’ve been guilty of forgetting this over the last few years, but now it’ll tighten up again. Carry as little as possible and carry it with me all the time. And cable-lock tripods that are to be in place unattended.

Also a good warning for people involved in landscape or park shoots and wedding jobs. Thieves have no scruples at any time. Drunken louts at parties and weddings also fall into this category, with disastrous results for a commercial job.