I’ll Be With You In Just ( Seven ) Instants 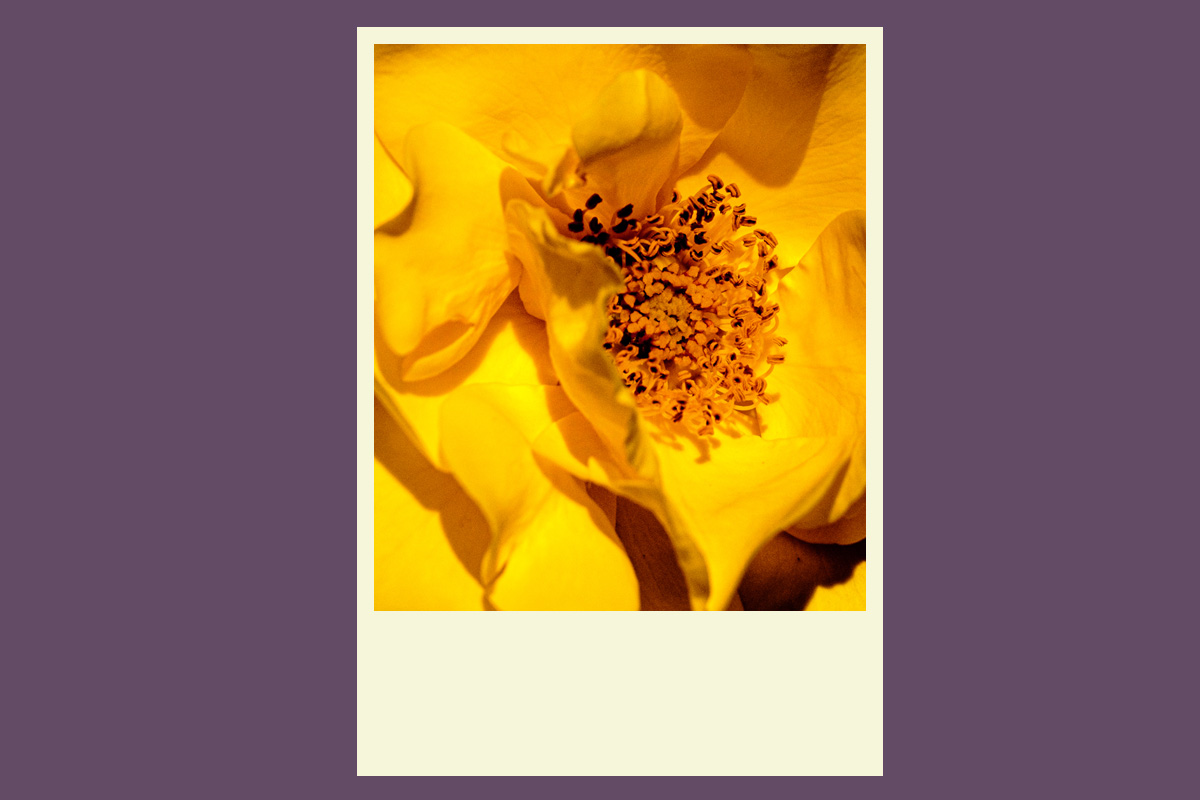 We often show the instant cameras that are popular with analog photographers – Impossible Project ones or Leica ones or Fujifilm ones – we’ve even had Lomo instant cameras. But we rarely feature the most important part of their makeup – the film packs.

The question of film for Polaroid Cmaeras – either original or revamped – is a more complex one than that for the Fujifilm Instax systems. So let’s look at what was on the rack at Stirling Street. 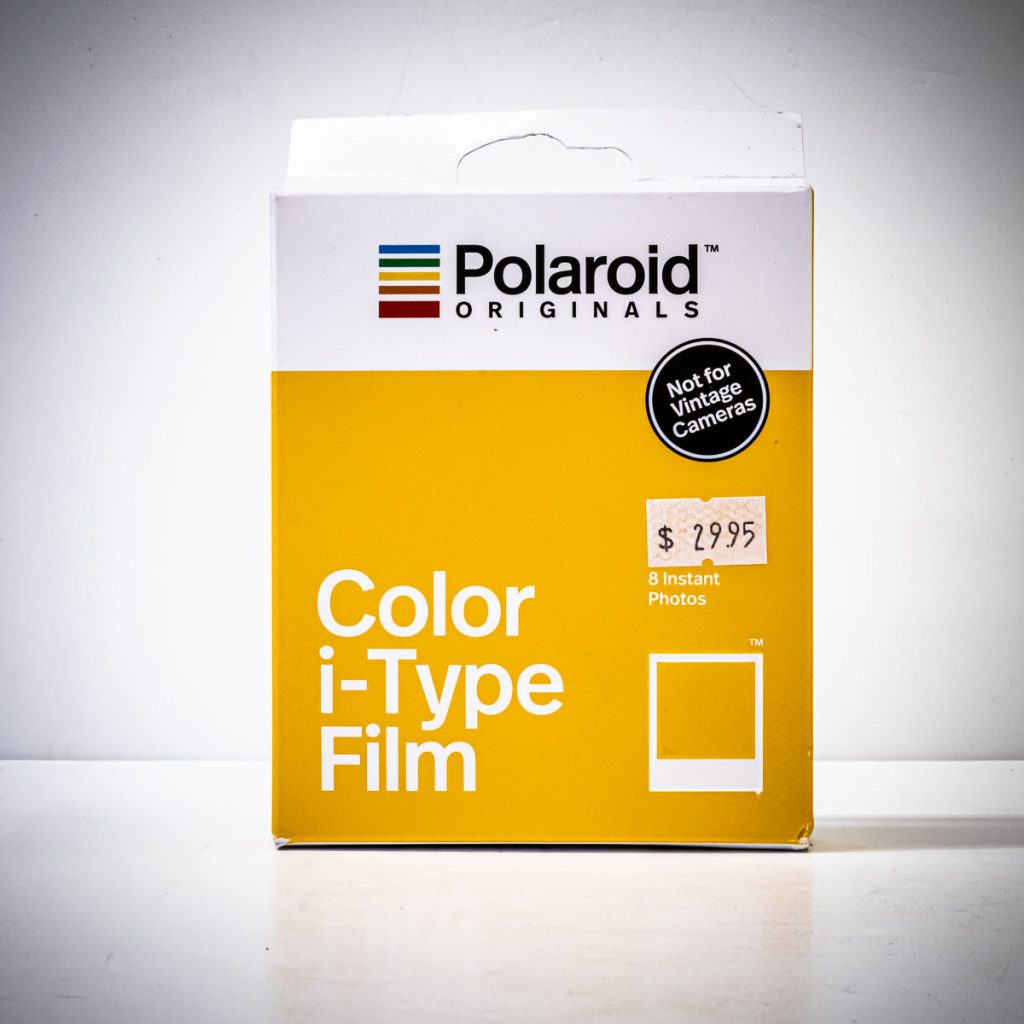 Eight Squares in colour for $ 30 but beware that it fits the new cameras: 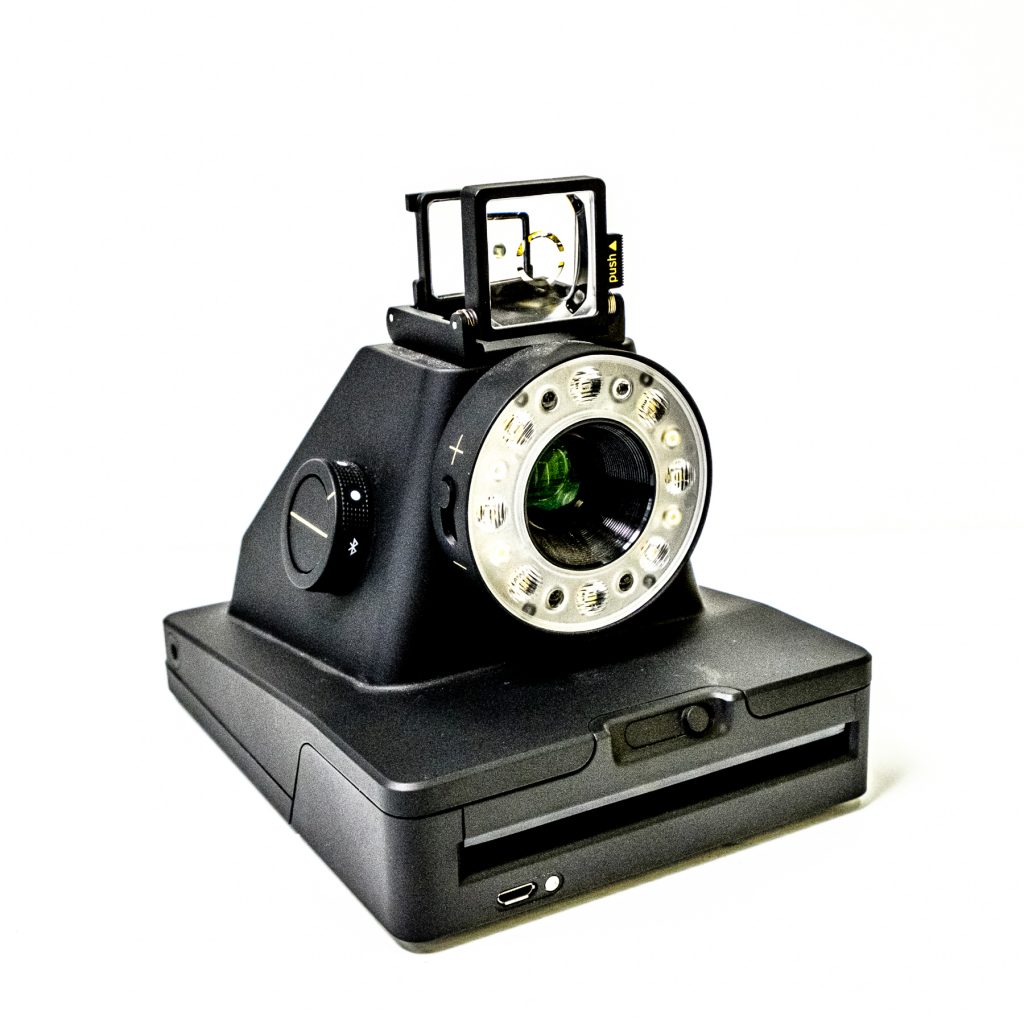 And here’s the monochrome version for the same price. 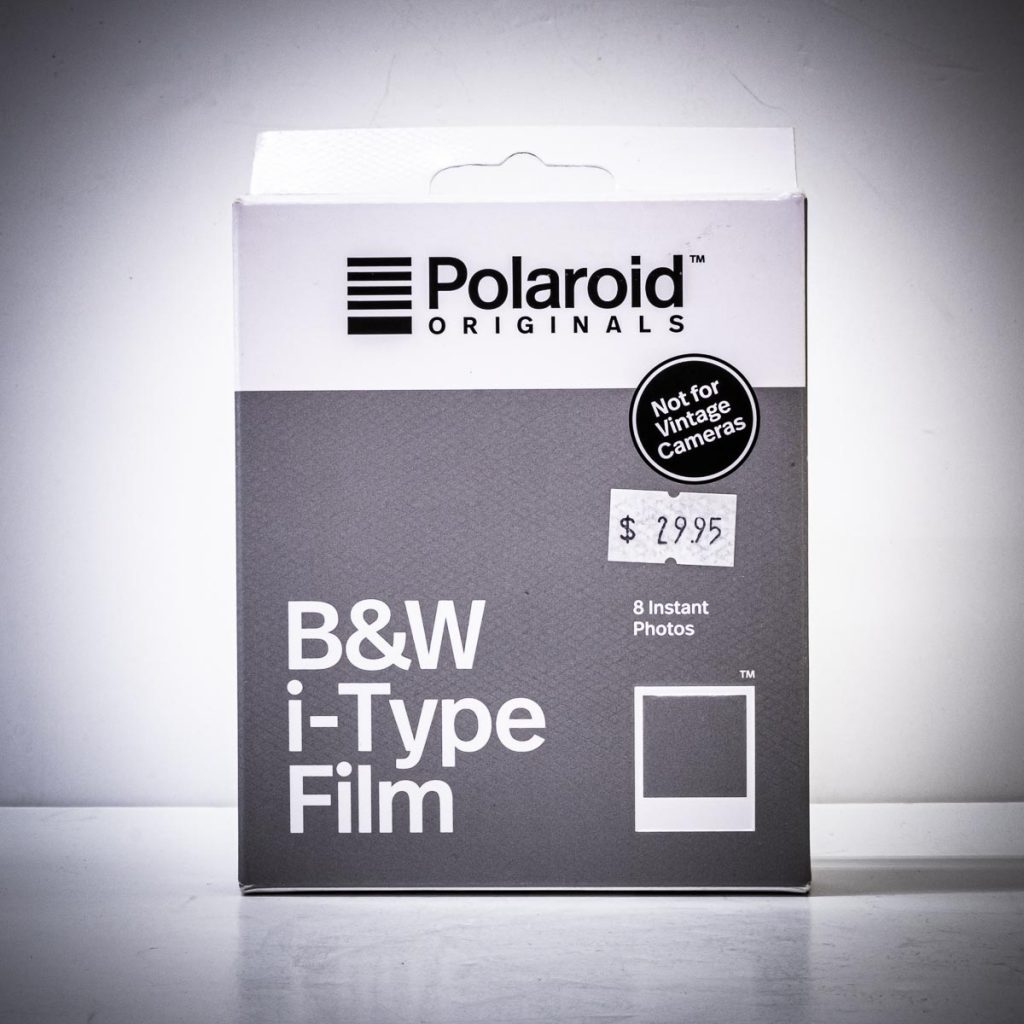 Should you have a Polaroid Pop camera with the inkless thermal technology you shoot more pictures for less money. 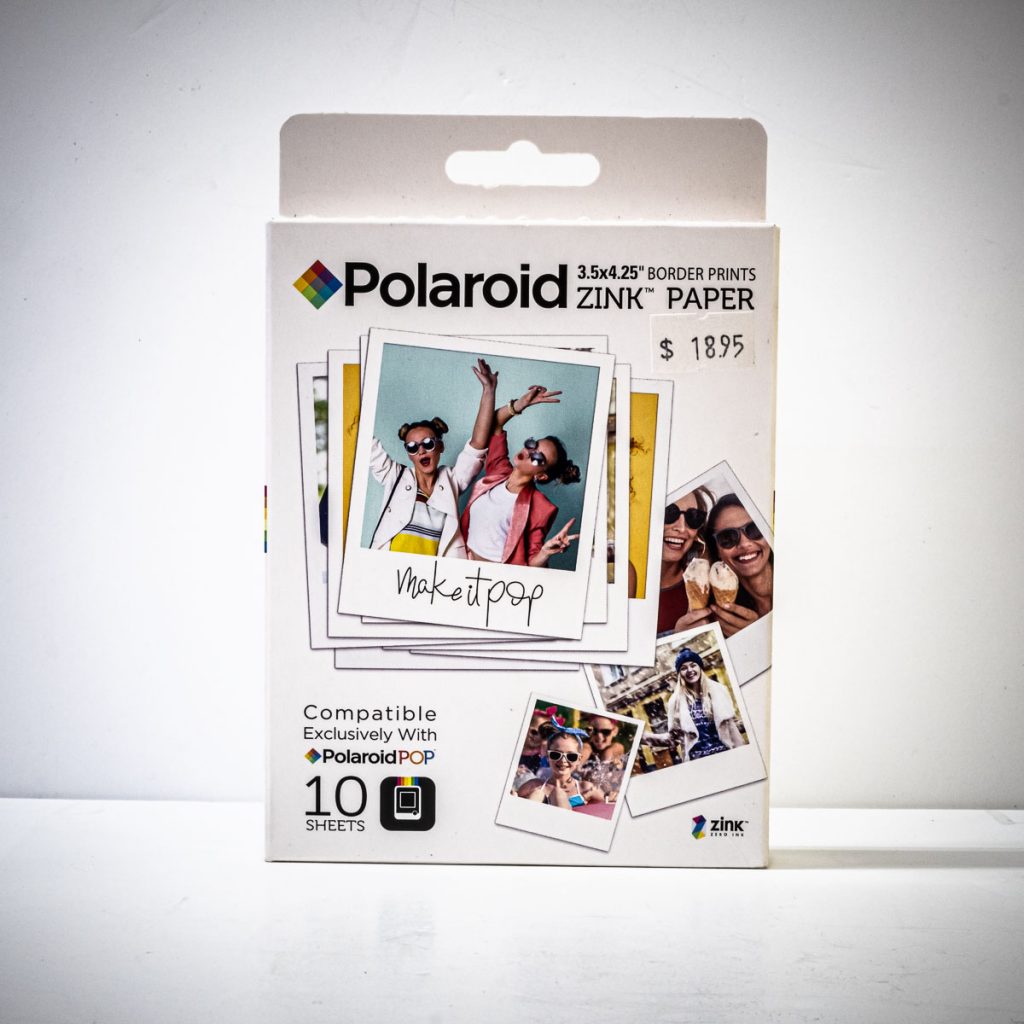 But going away from the Polaroid-centric supplies, here are the various choices for the Fujifilm Instax System. Not all cameras are represented here but be assured that the Leica film is, indeed, Instax. 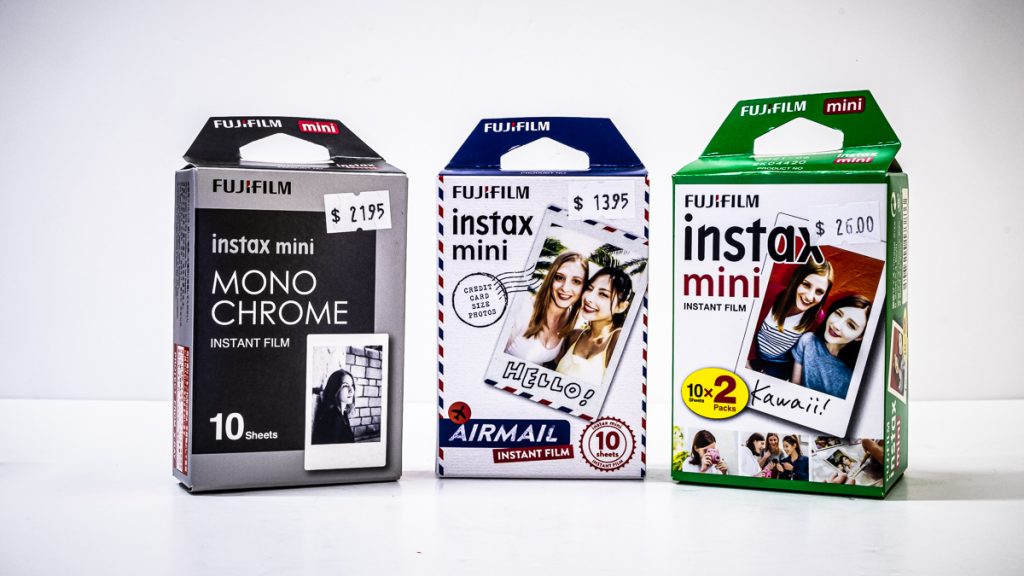 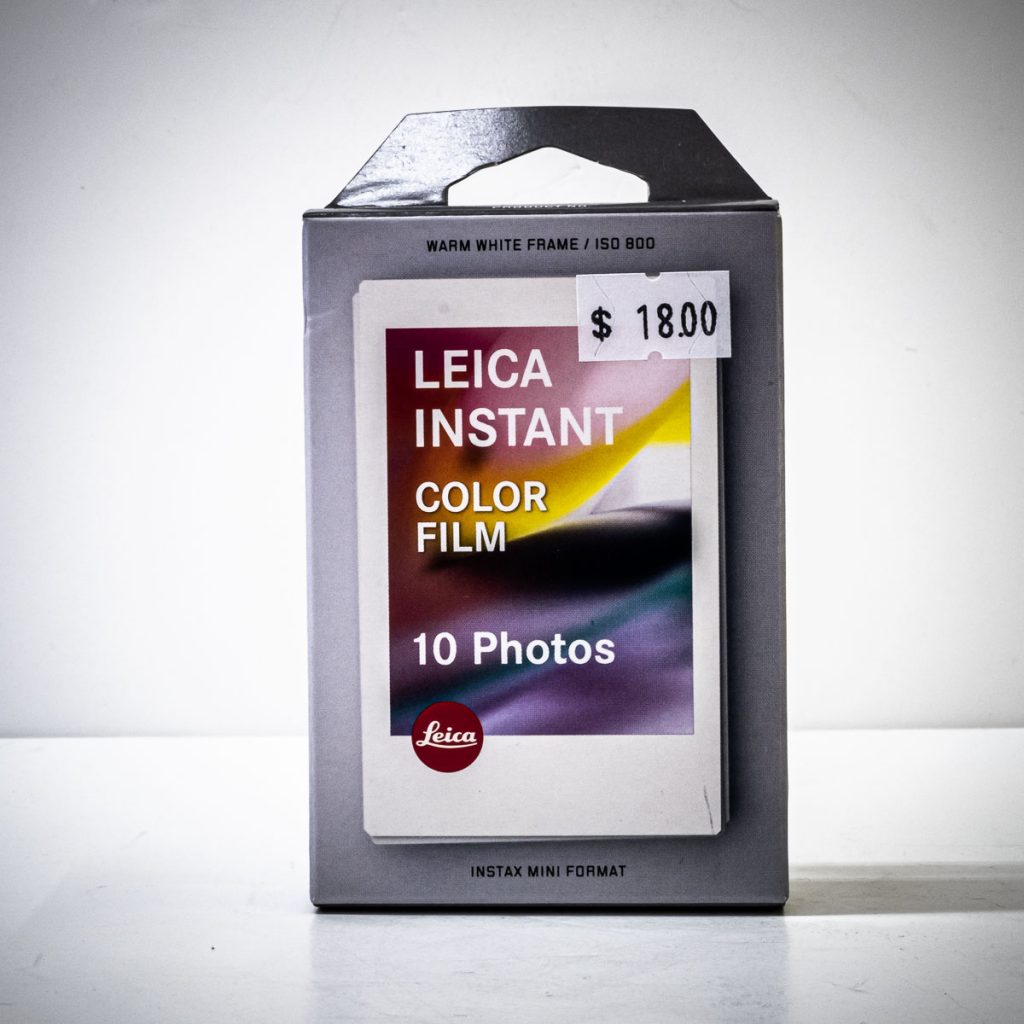 The joy of Instax for Fujifilm is that it sells by the trainload. It is one of the major earners for their photo division in Japan and I’ll bet the design and manufacturing team who oversee it have a great deal of clout in the company meetings.

The joy for the rest of us out here is that the film works as they promise it will and works well. And you can get it everywhere…but that said…get it from us.

BTW, the lights haven’t gone in Stirling street. The vignetting is from the Lightroom program. I was bored.