You must forgive me for these titles. It’s late at night and the ghosts of long-dead newspaper copywriters are drifting through the room. I suspect we’re built on an abandoned newspaper morgue…

But I will say that I was struck by the price tag on the Three Legged Thing ” Ellie ” brackets when I encountered them in the Murray Street store. They’re not sending them up with the rations, by any means.

So why the stiff price for just a compact bracket?

Because it isn’t just a little bracket. The packaging is deceiving  – I saw the Ellie in its smallest form but until I looked at the illustration I failed to understand that there was a twin-bar extension system in operation inside the main casting. This is not just for tiny cameras. It expands sideways to take quite decent body sizes.

It also plays versatile by allowing you to configure the side plate – the one you’ll turn to for portrait-orientated shots – in several ways. You can run it up with the cable and door slot either for or aft – meaning no matter where the access door on your camera swings to, the Ellie can get out of the way. But there’s more.

Flip that side bar downwards and bolt it back on. Then combine it with any Arca/Swiss-style ball head and make a long lens rocker assembly for your birding and wildlife shots. 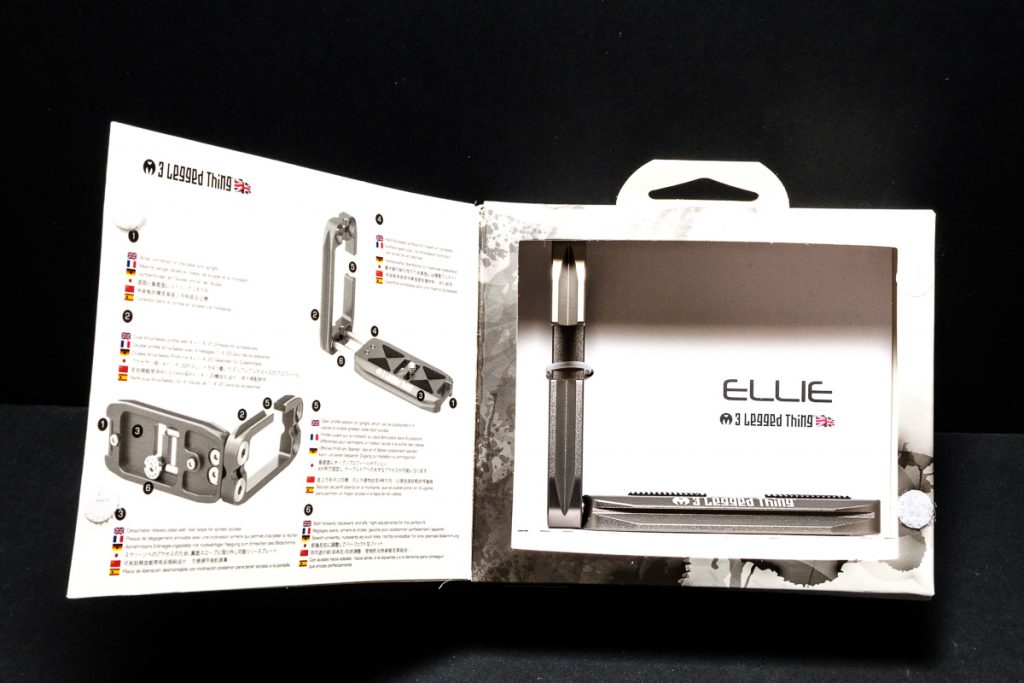 A good product – either discrete silver or flamboyant bronze. And the price is consistent with overseas supply…I checked…so buy it here.