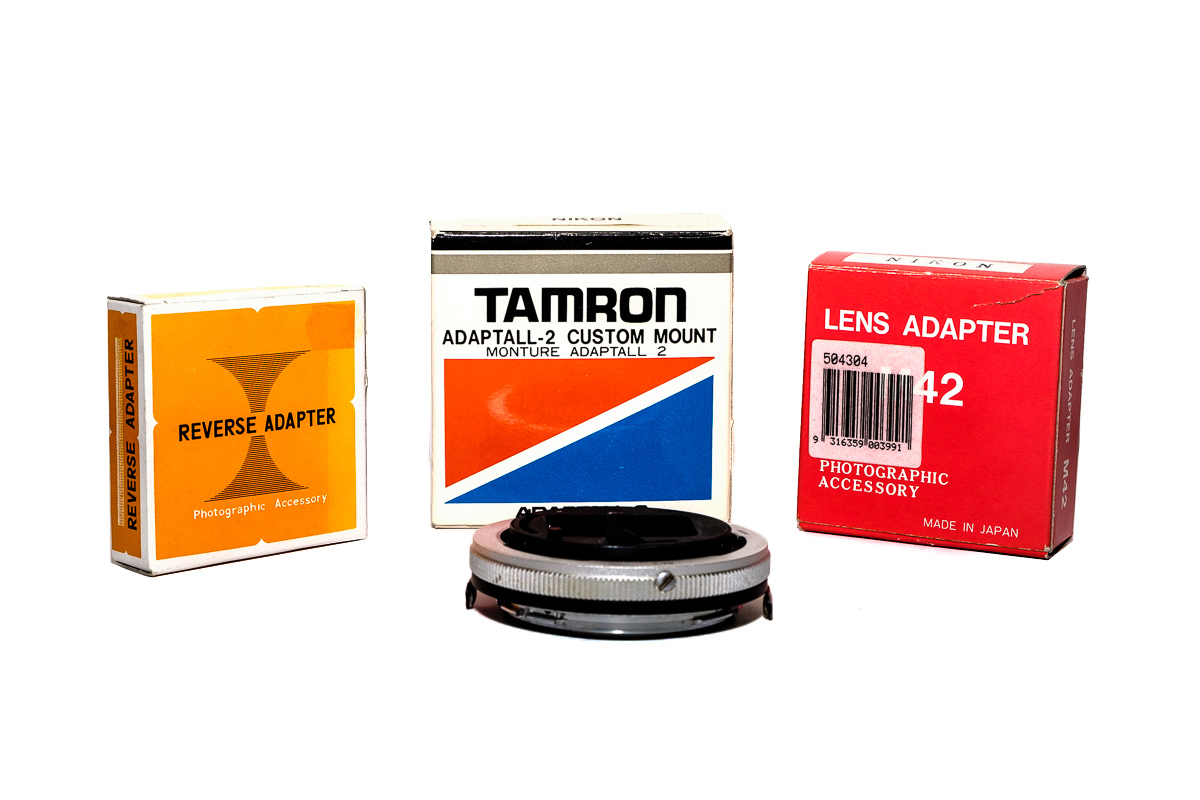 It has been seized upon by the makers of mirror-less camera systems and numerous small accessory manufacturers in the Orient. They may not march to ” Le Boudin ” but that doesn’t stop them from being the last resort of the optical collector. If you have glass they have brass – or more often stainless steel.

In case you thought the business of adapting unlikely old lenses to expensive cameras – cameras that have already been provided with matched lenses from the factory – is a new phenomenon, here are a few remnants of former enterprise. Adapters and connectors that have tried to blend it all together. They mostly worked in the old days and might mostly work now.

Our left-hand image at the top is a reverse adapter to allow you to turn an SLR lens back on the body to make a rather good – if inflexible – macro lens out of it. Choose your main lens from the standard range of any maker and it became fairly sharp close-up.

The right-hand ring lets a Nikon lens live on a Pentax body – or vice-versa. I didn’t look carefully. In either case the result would have been reasonable but awkward as there would have been no automatic aperture operation and – depending upon the metering system used – no light measurement. That really did not matter as the people who were good at that sort of thing worked their own exposure information up via trial and error over years. The dilettantes tried these things for a few shots and then put them in the back of their equipment cupboard and went on to other fads.

The centre box is the most interesting. Tamron was once considered a second-line lens maker  – or at least it was bruited about as such by the reps from the camera makers – but was popular because of the lower price here in Australia. The designs they came up with sometimes were a little garish in external appearance, but mostly worked quite well. They could be had for a number of mounts – Pentax, Nikon, Canon, Minolta, etc. To make their basic designs more salable, the Tamron factory evolved a series of designs that allowed a combination of a basic lens with an adapter for a specific mount. 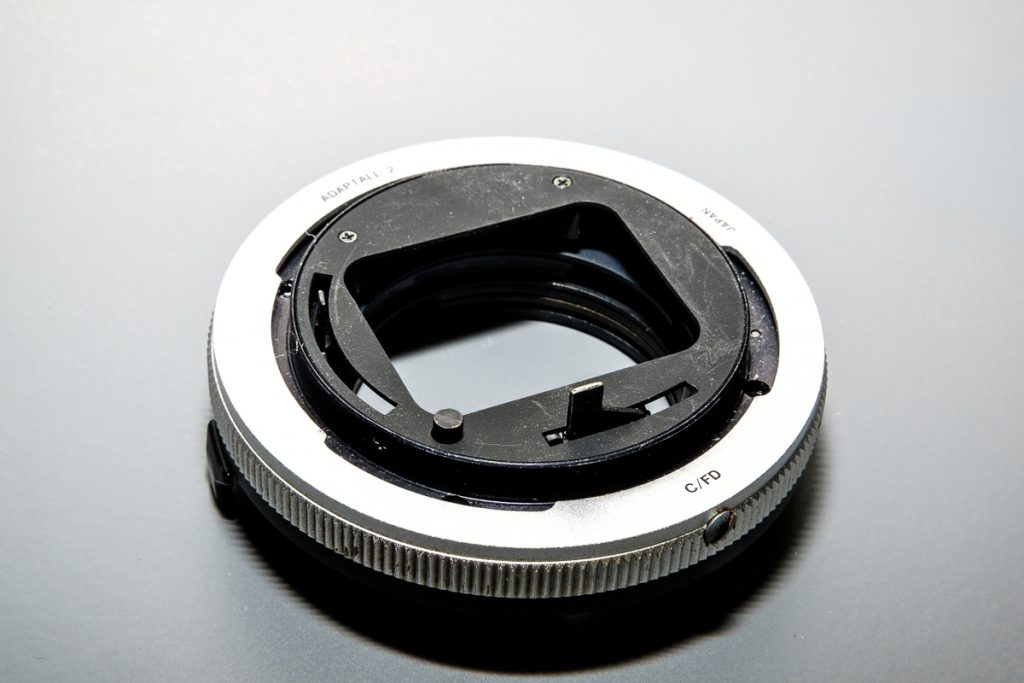 These could be, in turn, mounted, dismounted, and exchanged between cameras for those who had multiple bodies. The Tamron Adaptall II system was one of the final versions of this and the rings could be a fascinating lesson in engineering and mechanics. And boy, were they mechanical… 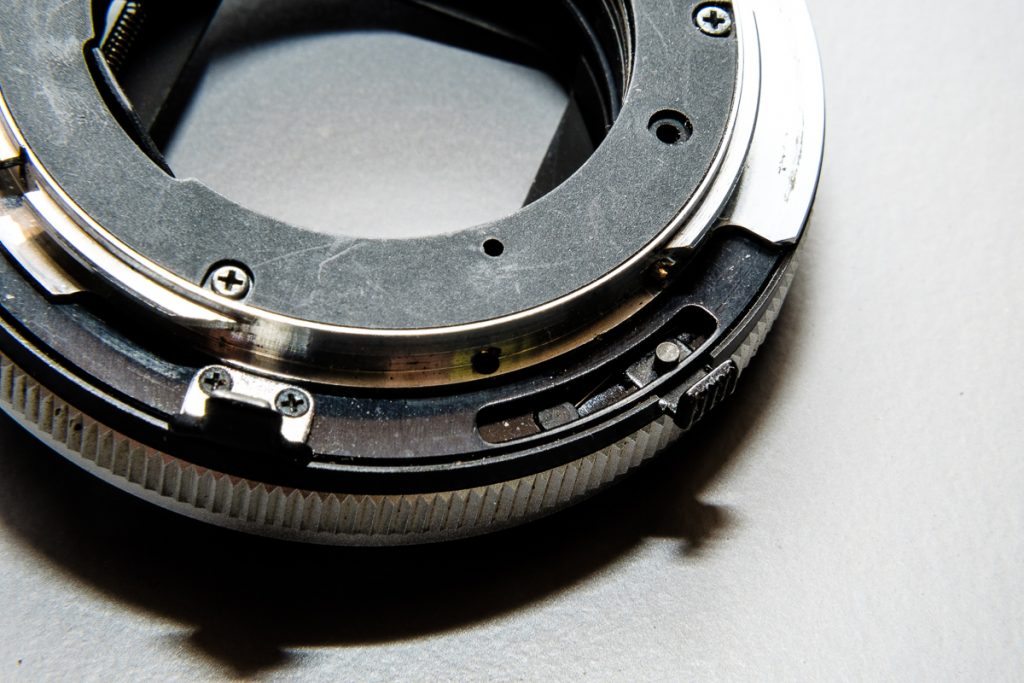 Some were even seen with gearing mechanisms within the mount to convert one movement to another. When they moved, they either did so with the grace of a duchess or the sound of an exploding steam boiler. 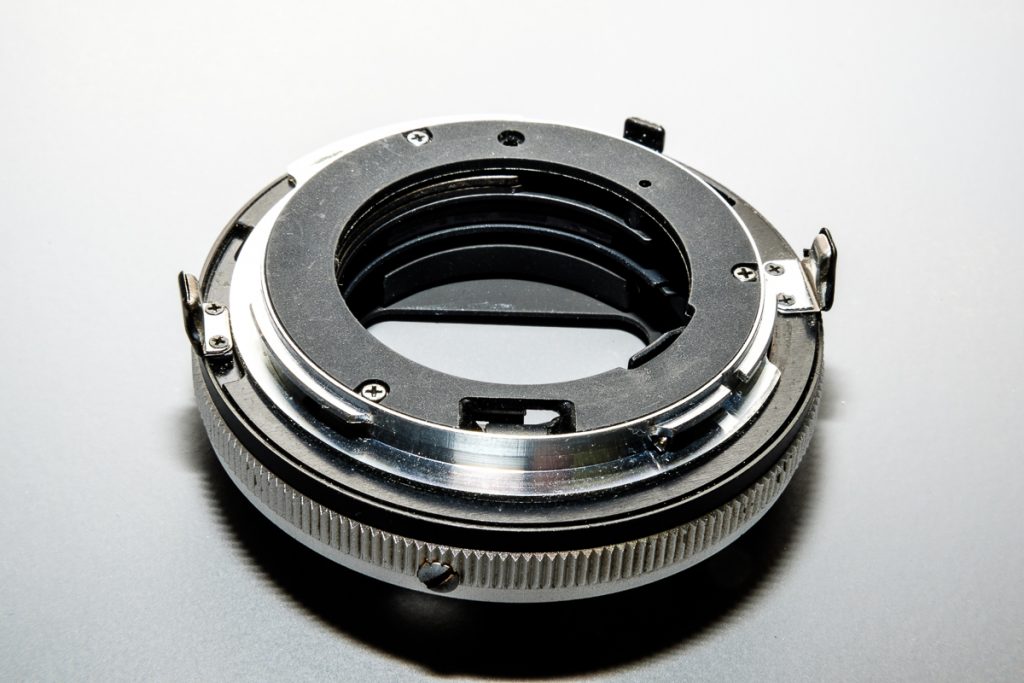 Now things got more silent and elegant with the advent of digital. ( Not the cameras – they exploded into tweets and bells. ) The passage of metering and focussing information via electronic circuits did away with a lot of the old moving parts. But you could still find the designers melding widely disparate elements in an effort to turn a buck. Here’s a Contax N to Sony NEX adapter from Kipon that probably works a beauty if you are at the crossroads of two outdated systems. 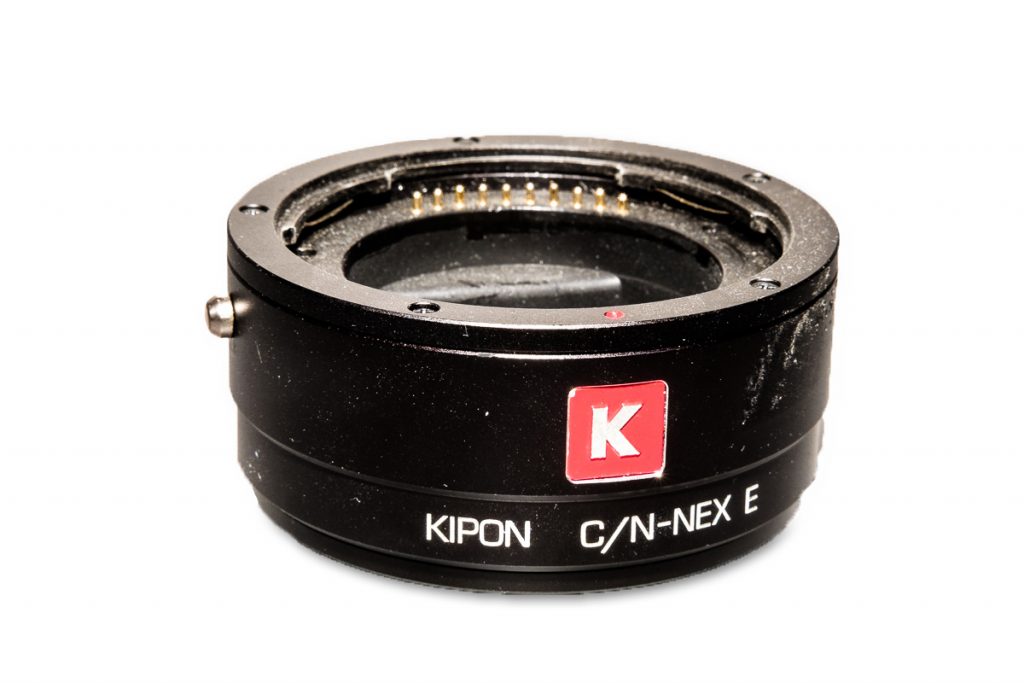 Be aware – adapters work fine…ish if you are certain that they are what you need that you cannot do it by other means. This photo shows my dear old Ray-Qual adapter from Bic camera in Yodabashi ( Tokyo )  doing its duty between the Tokina 35mm macro and the Fujifilm X-Pro1. All is well – but I eventually discovered that turning the aperture ring from 0 to 7 was no different than from 0 to 5. Because the lens doesn’t stop down any further when you get to 5. And it ain’t an elegant rig, by any means. 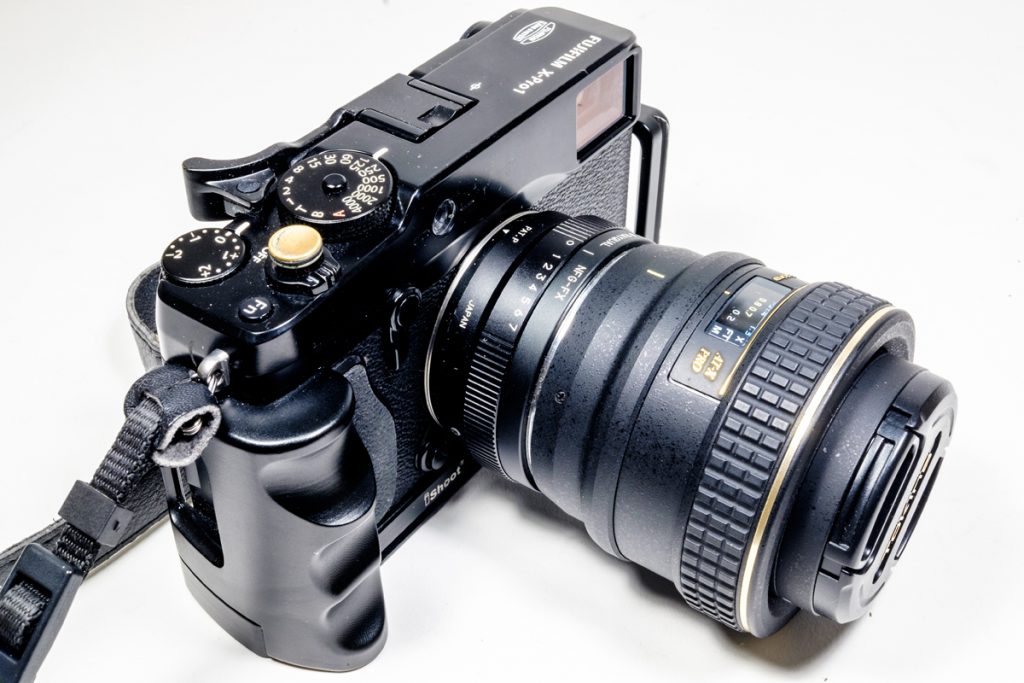 The adapter can only be an intermediary between  lens and camera. Some incorporate positive or negative elements to narrow or spread the light rays, but be aware that this is another glassy chance to degrade performance. If you are at all in doubt, pop for the proper lens.