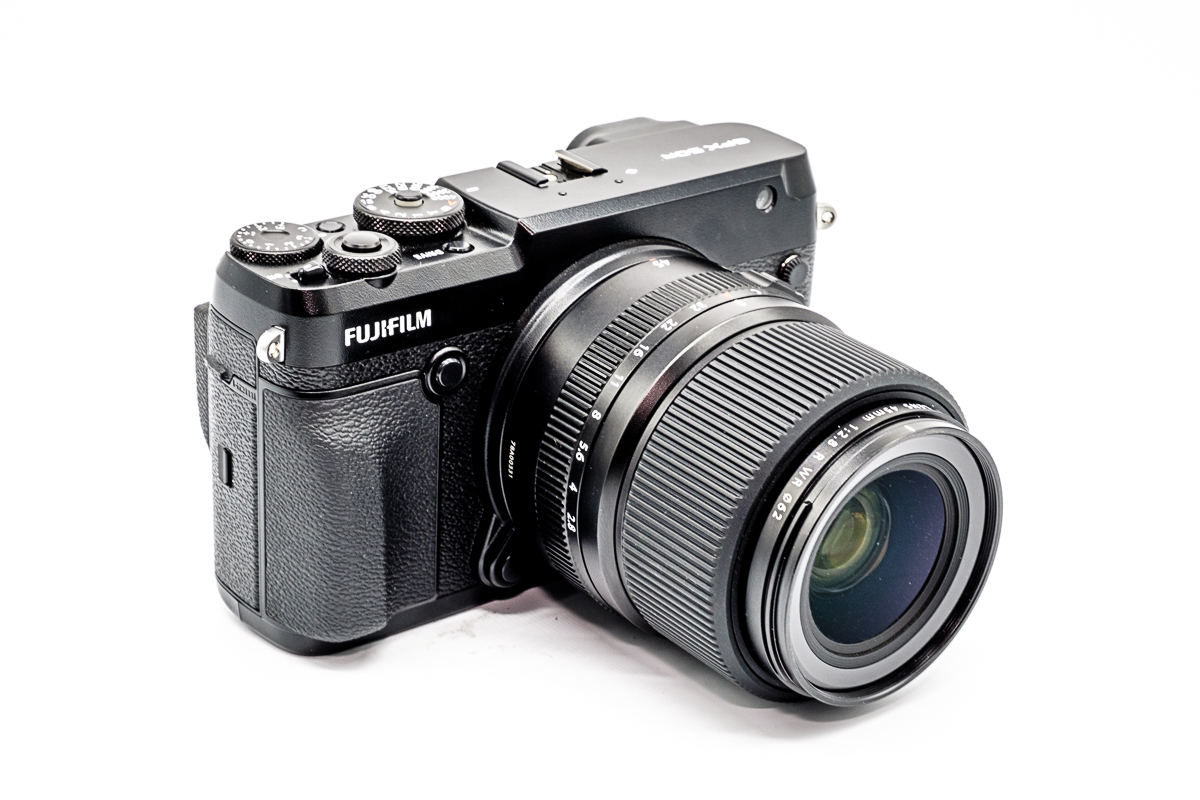 I formed a very good opinion of the Fujifilm GFX 50S camera when I tried it out in my studio a year or so ago. The test shots done with a pin-up model in the style of a magazine cover pointed out the extreme detail available with the medium format sensor. The richness of the colour that the CMOS sensor produced told me that this would be s perfect studio camera – if the subject matter required a degree of enlargement and the price of the job would justify the extra outlay that medium format requires. I regretted that I didn’t have that sort of business to justify owning the camera.

I have now had a very brief chance to play with the alternate version of this camera – the Fujifilm GFX 50R – in an almost-studio situation. And as it was the sort of studio I dabble in, there was some point in me comparing that last experience to this one.

The new Fujifilm has much the same sensor as its stablemate, but takes a different form – this one is a lot closer to what we think of as a ” rangefinder ” shape. Of course, its range  finding is done with much the same mechanism as the GFX 50S, so we are dealing with a historic term – but the new shape does have some new ideas incorporated. I didn’t trigger all of them in the brief period I played with it, but I’ll apply again for a chance to do more in the real studio.

Why not turn on all the bells and whistles? Well, I get deafened by technology at the best of times and that doesn’t lead to good thinking or good shooting. For this first encounter I compared what I was doing to what I had just done moments before with my APS-C Fujifilm X- T2 camera – I shot product in the little portable studio box in the CE workshop. May I salute the design team at Fujifilm for making decisions that meant that was easy to do. 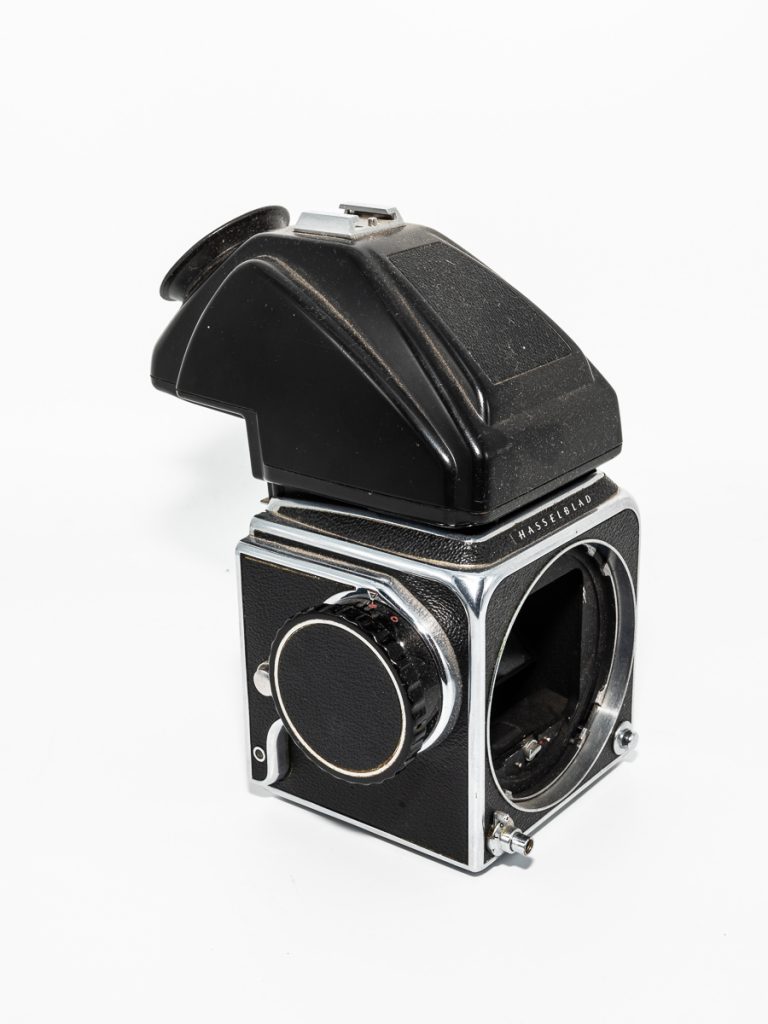 The small product shots that I harvested this week with the X-T2 used the ambient light in the box plus the Fujifilm EF-X500 flash to get a pretty even exposure. I slipped the flash off the X-T2 and onto the GFX 50R and made no alteration to the command of it – letting the Fujifilm use it in TTL mode. As you can see from this exposure of an old Hasselblad 500C that was sitting derelict, the exercise was a one-shot success. Not only a one-shot, but a one-shot-and-minimal-post-processing deal. That’s time and that’s money. In the case of my little column, not a lot of money, but if you’re a shooter servicing a bigger client with deeper pockets, you get to keep more of the money that is charged if you take less time to do it.

Looking at an image at 96 pixels per inch and 1200 x 800 pixels will say nothing about the detail available from a medium format file. Take my word for it that the files when opened in Lightroom as full-res were phenomenal – this would cope with any professional job in any studio. And in this case with a plastic light box, an onboard TTL fill, and one button press.

Walk round the camera with me tomorrow.