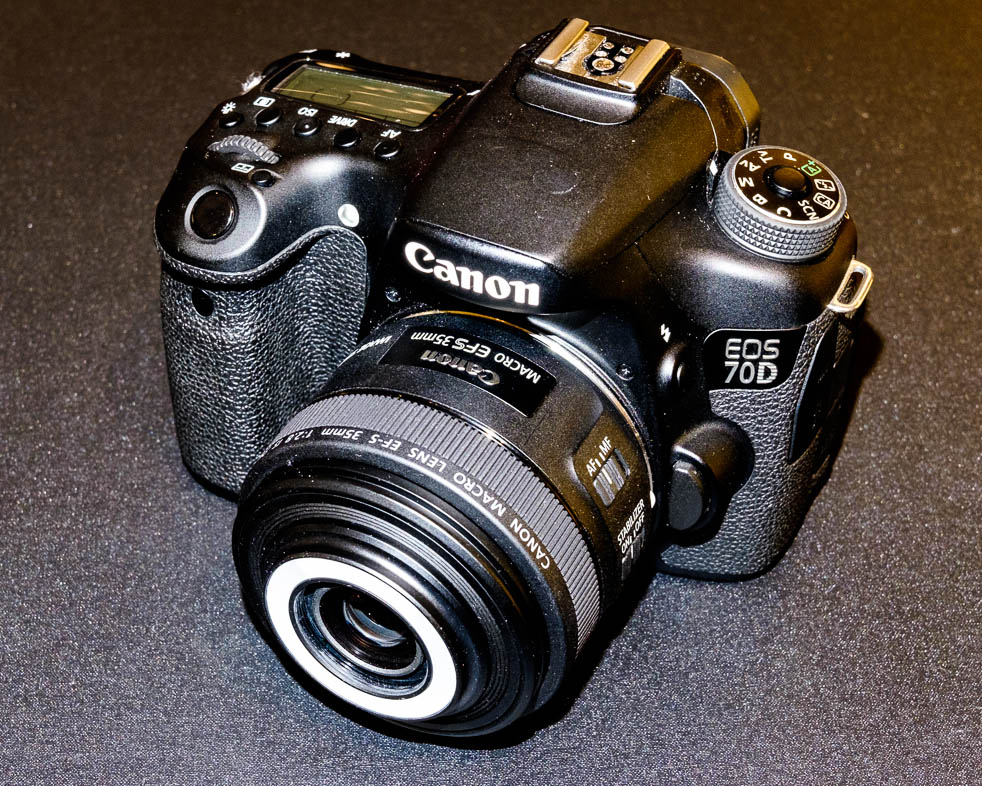 I proceeded to the Murray Street premises of Camera Electronic and interviewed the store manager, Domenic Papalia.

He opened the Canon show cabinet and took out a Canon Macro EF-S 35mm f:2.8 IS STM lens and a Canon 70D camera. After ascertaining that there was a charge in the battery, Mr. Papalia admitted that the lens had an inbuilt lighting system that could be actuated by a button on the side. 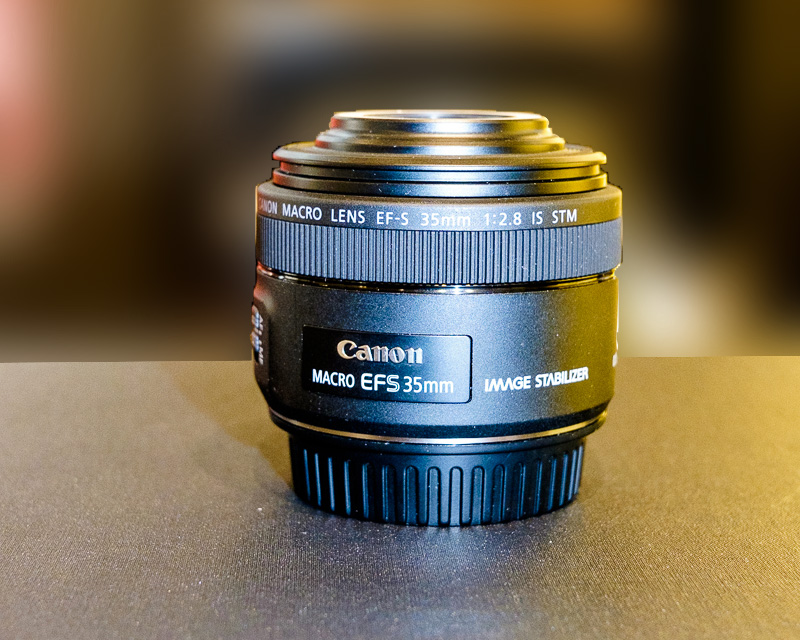 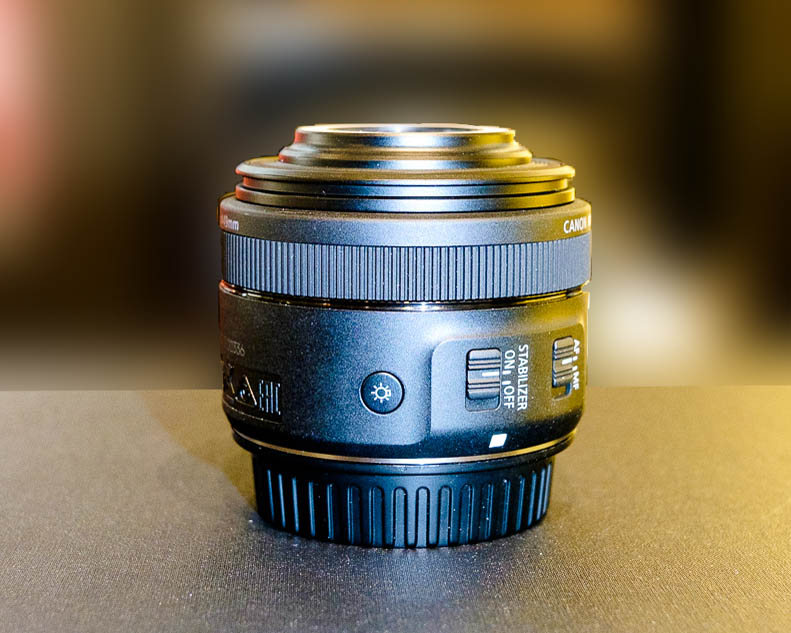 Subsequent tests showed this to be the case  – the button has three positions: high power, low power and off. The lens has aperture stops ranging down to f:29 – which is quite unusual for many small digital lenses.

It autofocuses, as well as manually focusing once you release the locking. It contaains internal stabilisation. The picture of the SD card may not be art but it is science enough to show you how close and big it will go. 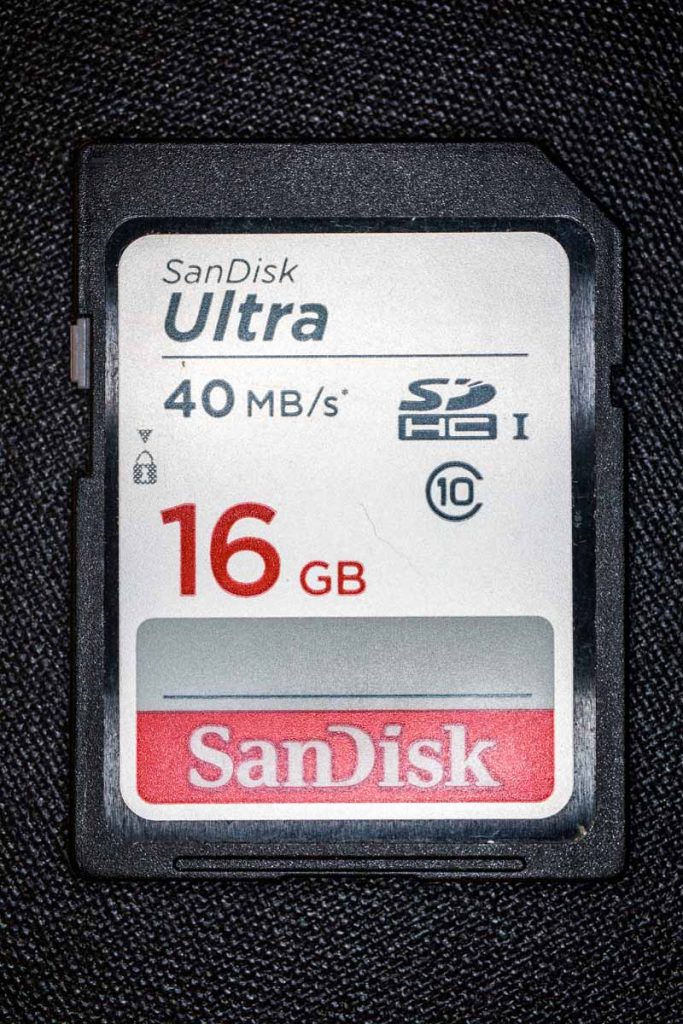 The advantage of the two LED lights is seen when you are this close – otherwise, it is nearly impossible to obtrude other lights in front of the lens at such a distance. Of course there is the matter of glare back from reflective surfaces, but matte and semi-matte is all right. Even some shiny objects can be captured well. You may judge of the resolution of the lens from the coins. 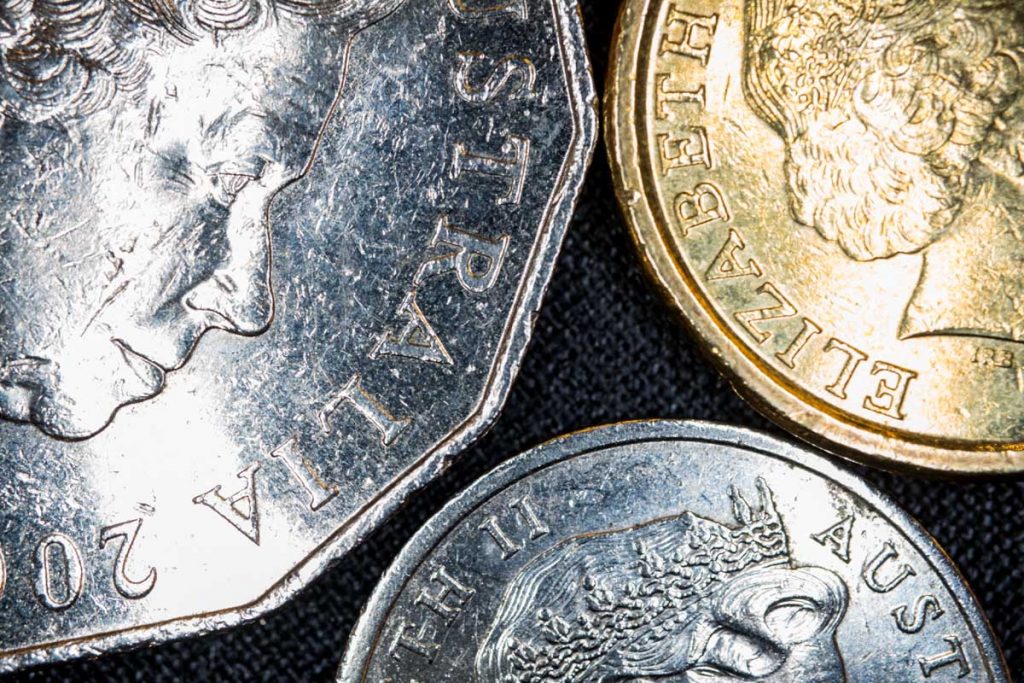 There is also the factor of the white balance of the lights to consider if there is other illumination coming in – but you’ll most likely flood over it with the on-board lights. 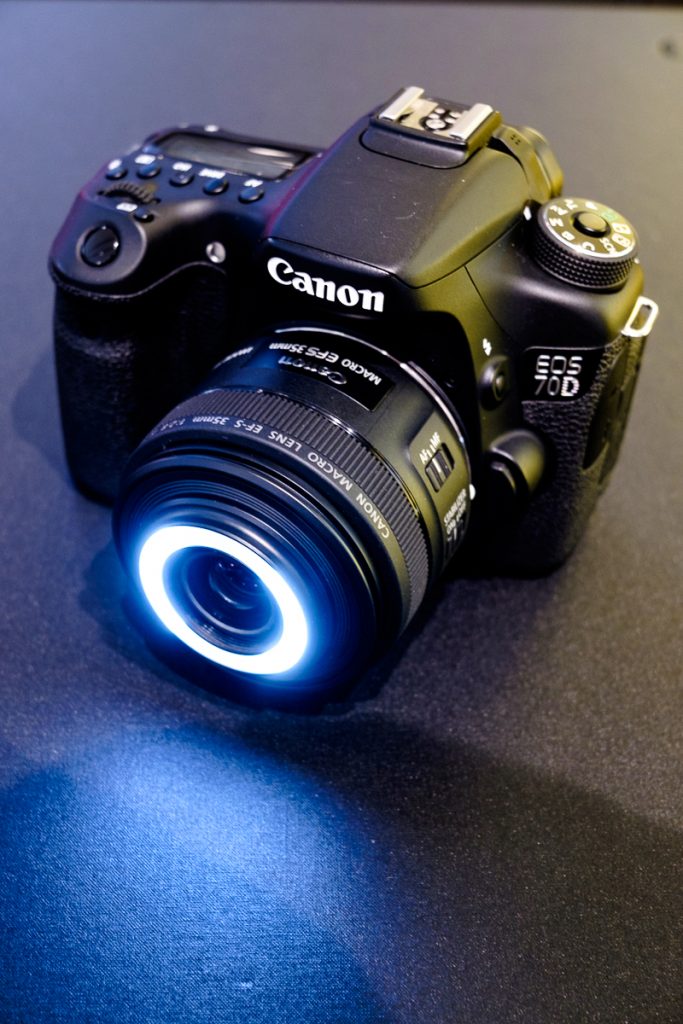 The lens itself is small – and there is an even smaller version they make for their M-series mirror-less APS-C cameras – it is 30mm focal length. Truly you can take either wherever you want in a small pack.

We thanked Mr. Papalia and let him carry on. But he will be watched closely…