The New Canon Bird In The Hand 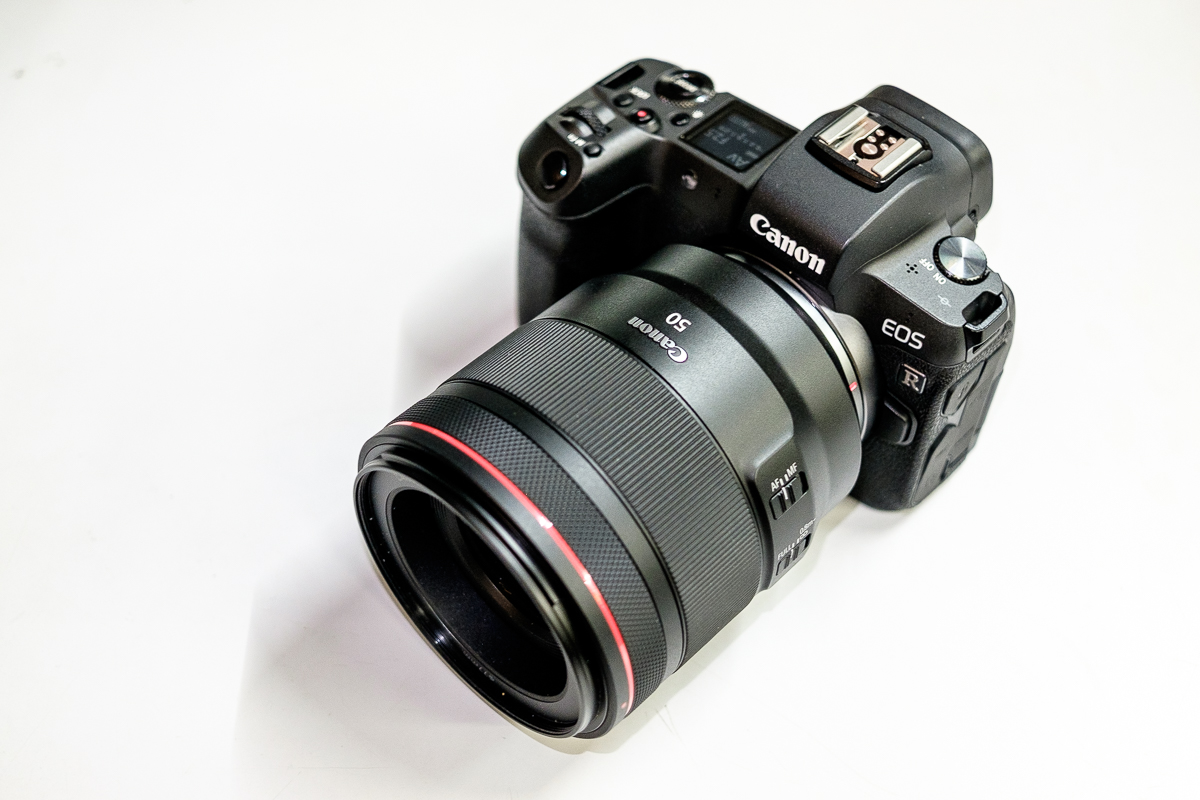 11 Sep The New Canon Bird In The Hand 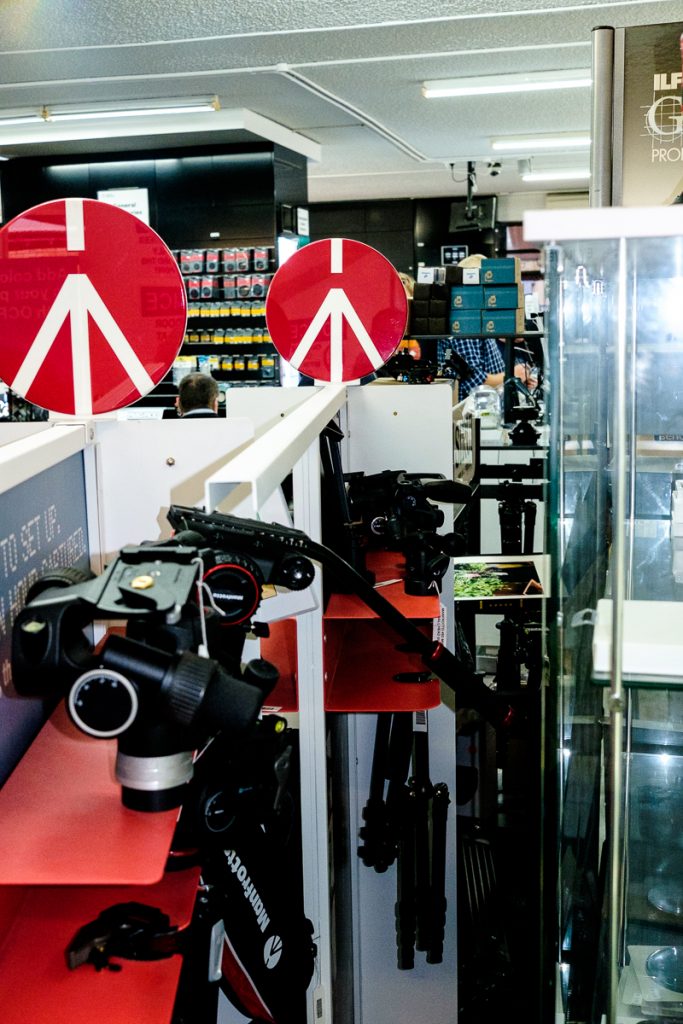 Now that I’m a writer I’m spared that…but get to participate in the eating, drinking, and entertainment just the same. 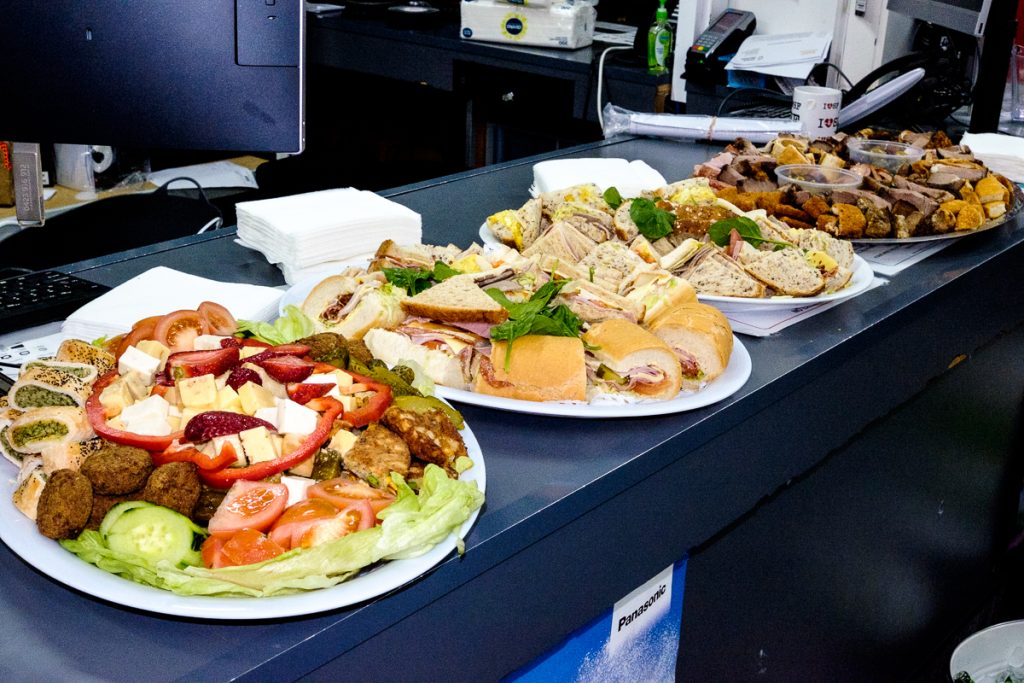 Last night’s show was centred around the new Canon EOS R mirrorless camera and lenses. Three experts – the Canon rep, the trainer and Tony Hewitt as a tester all spoke on the new equipment while an example of it circulated the room. 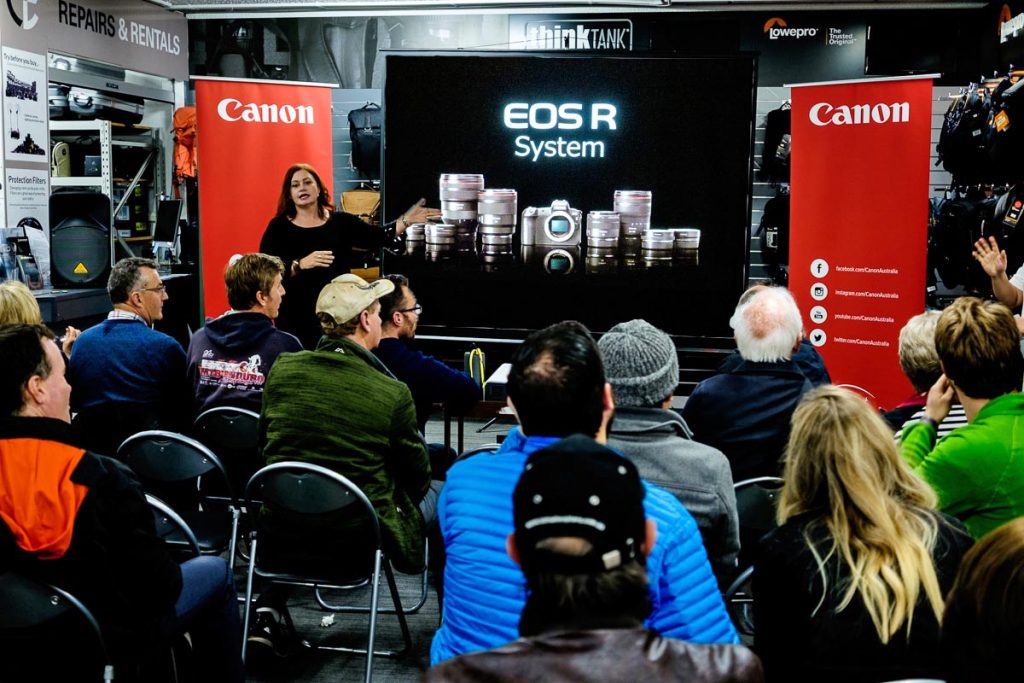 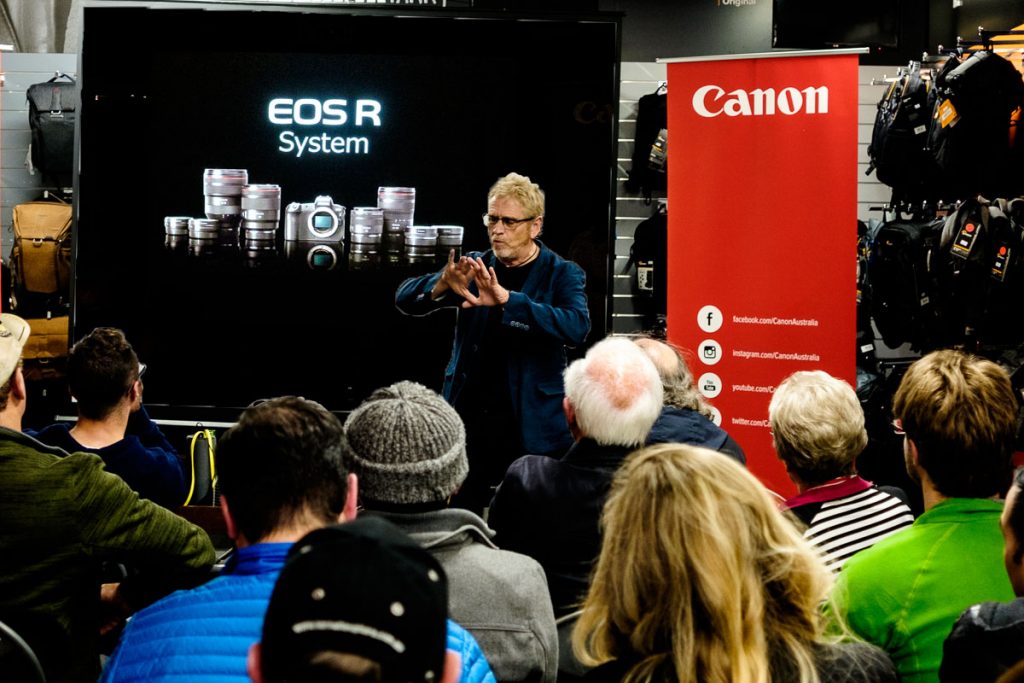 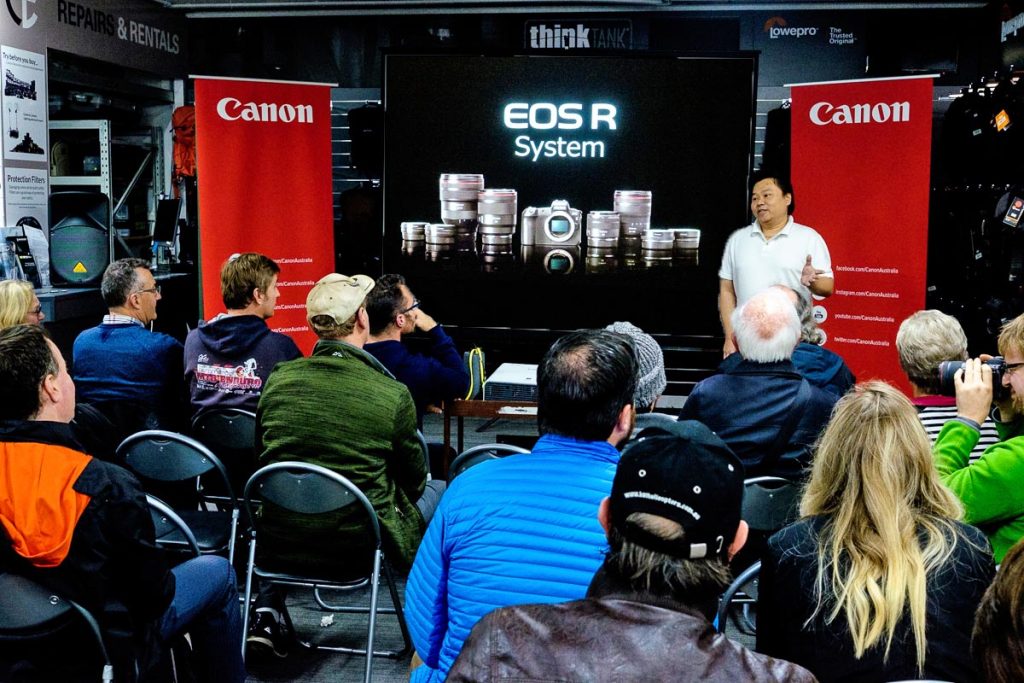 I think it might be a prep-production sample as there was no shooting it onto customer’s cards. That’ll come in time, and clients will be encouraged to bring their own cards to test the cameras when they are ready for sale.

For now, we were invited to think of the new RF lens mount and consider that it will allow many different lenses to play on the front of the camera – indeed Canon themselves are going to offer three different adapters that allow EF and EF-S lenses from their own DSLR cameras to be used. 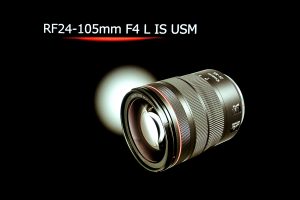 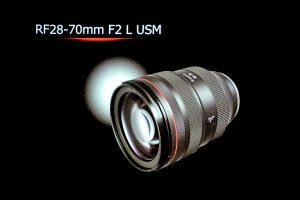 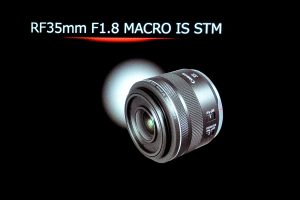 As it is, there are four new RF lenses in the making. I didn’t get the screen shot of the 50mm f:1.2 but it should be queen of portraits. 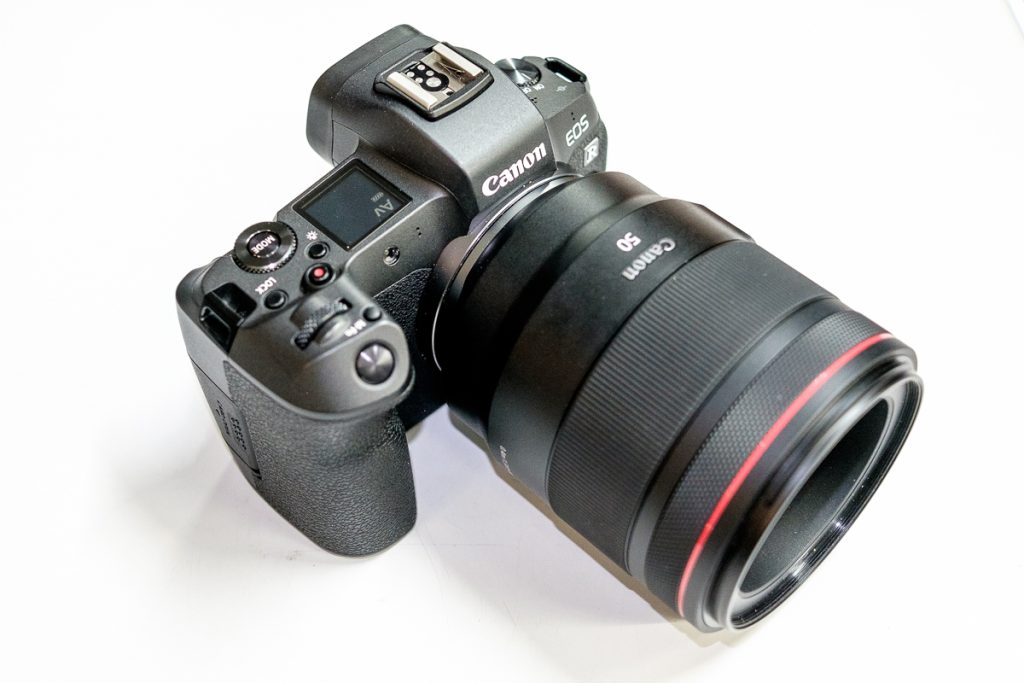 One thing that all three experts emphasized was the blazing speed of the focusing mechanism in low light – Canon’s dual -pixel technology makes this happen. It has been stated that it is the fastest autofocusing that Canon has ever offered. It will also apparently shoot 102400 ISO on a native basis. 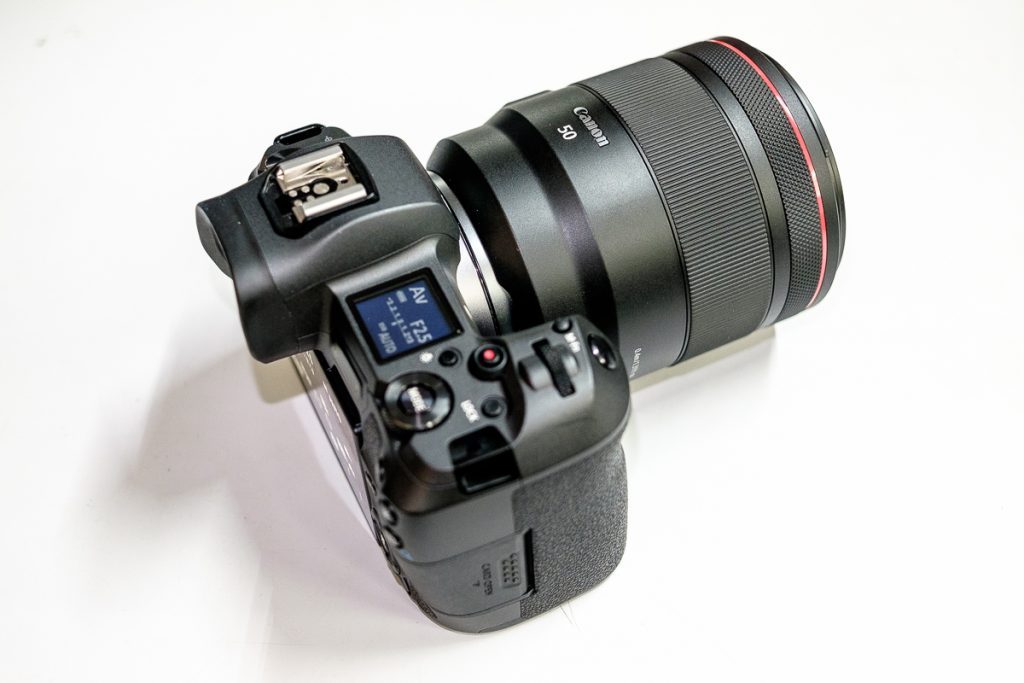 This may have something to do with the promise that teleconverters in the new system will be able to operate down to f:11. 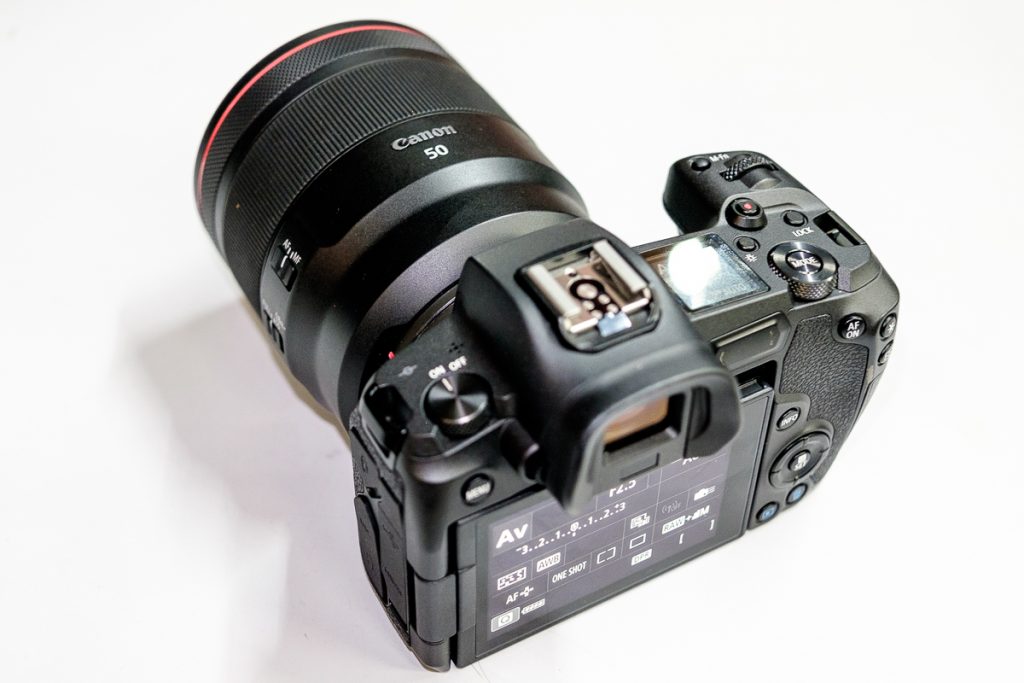 I cheered for the designers when they said that the body is now magnesium with much more rigidity. This will apparently mean no on-board GPS or NFP, however. 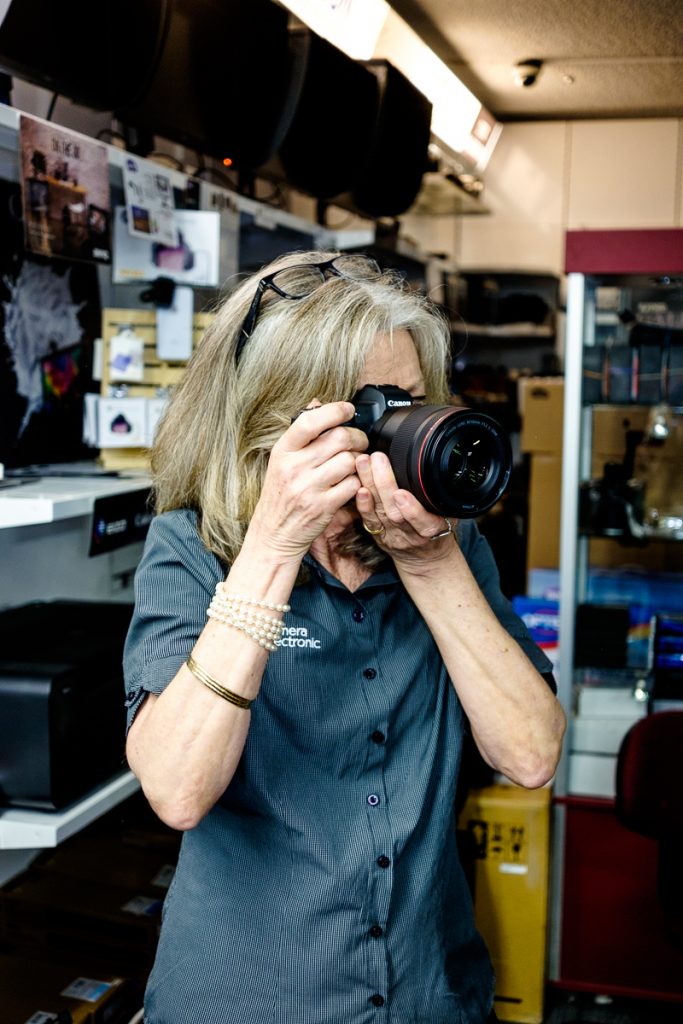 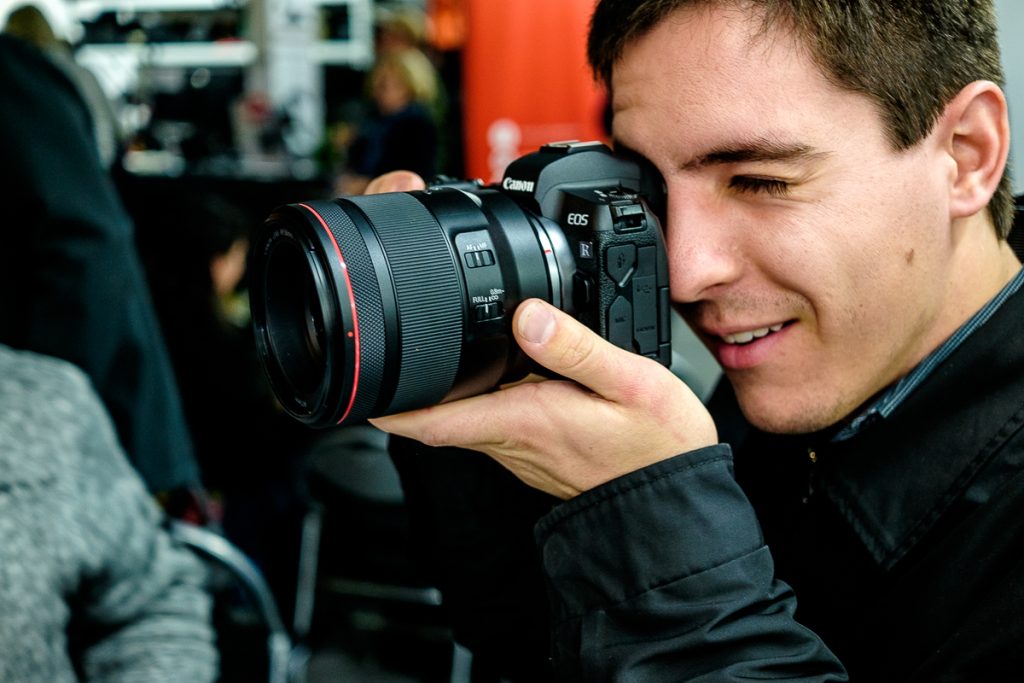 I didn’t get a chance to heft it myself, but some of the faster staff members did. I shall certainly have a good old play when it comes on-stream and report what it does for me. This pre-Photokina time is becoming quite interesting.