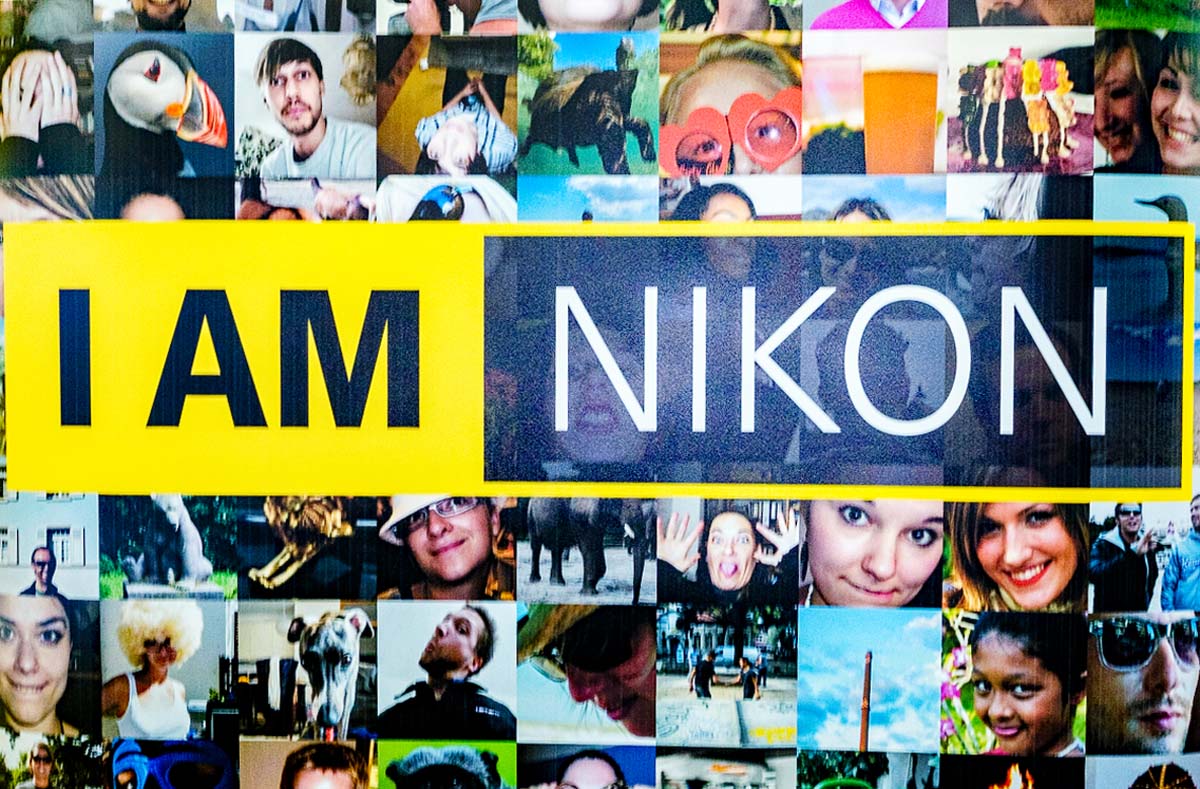 Who cares? Quite a lot of people, actually. 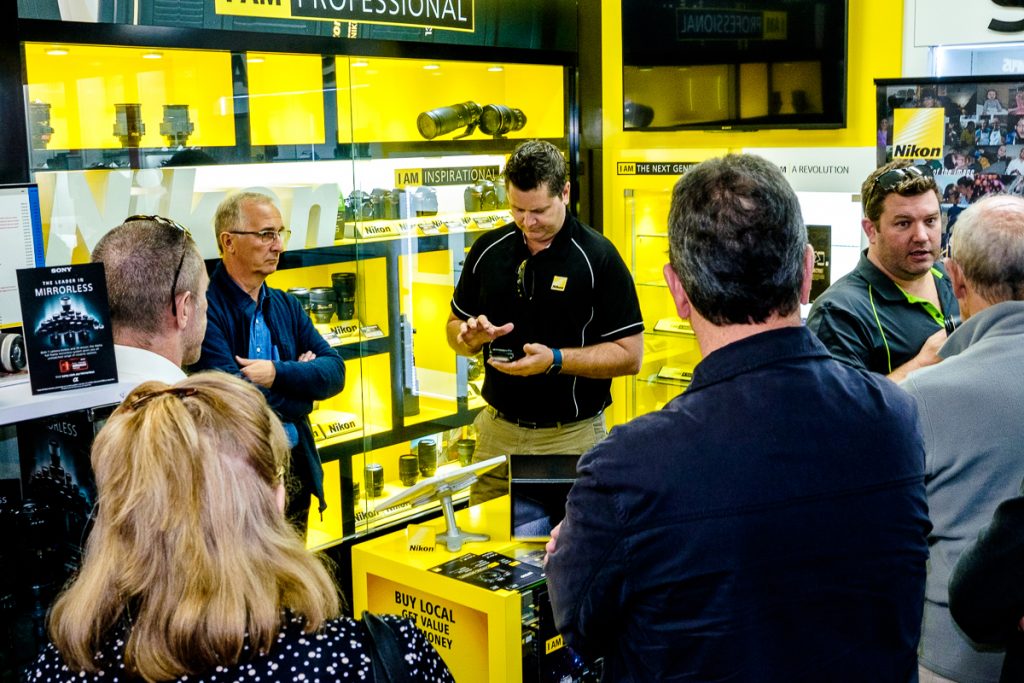 A roomful of ’em showed up at the Stirling Street Store of Camera Electronic yesterday – to see Michael Phillips of Nikon Australia unbox a real working example of the new camera and one of the new lenses. He had a couple of charged batteries and members of his audience could put their SD cards into the slot, shoot sample photos, and take them home for analysis. 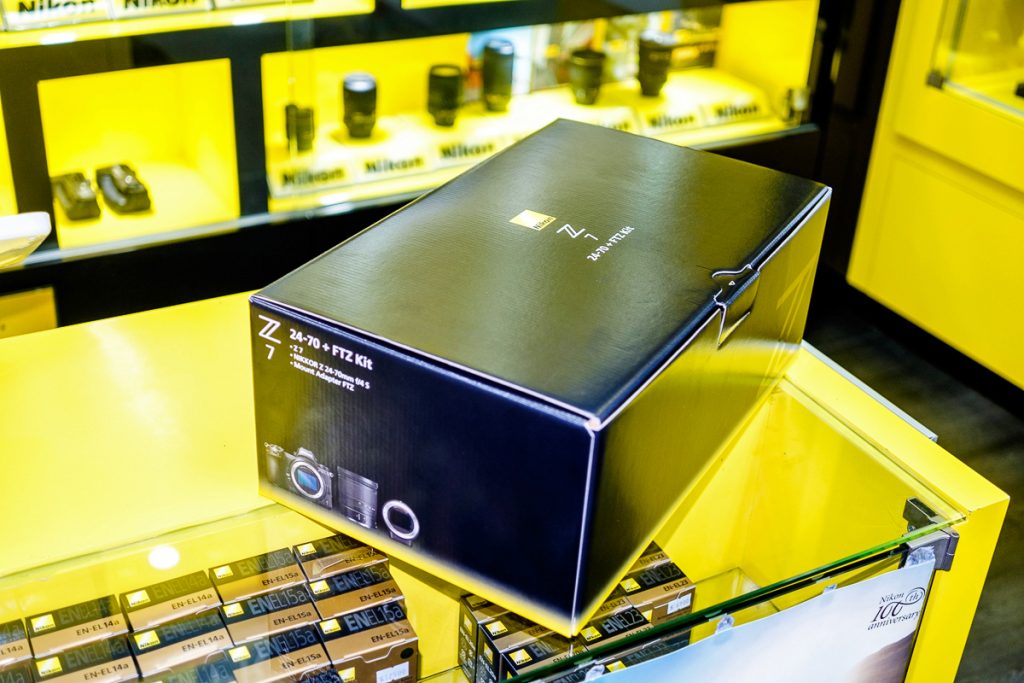 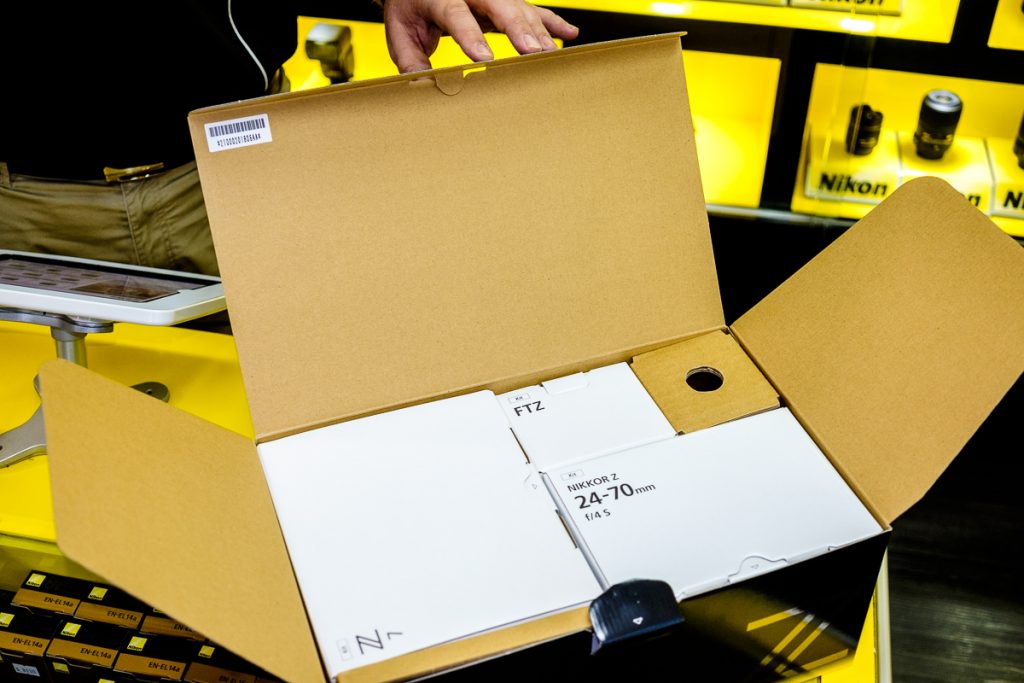 It’s a class start to what is going to be a class act – the kit was presented with the new Nikkor 24-70mm f/4S lens as well as an adapter – the FTZ – to allow lenses from the Nikon F mount to be bayoneted onto the new body. The kit has one battery but Michael was wise enough to have several spares…a practice we thoroughly recommend to all shooters. 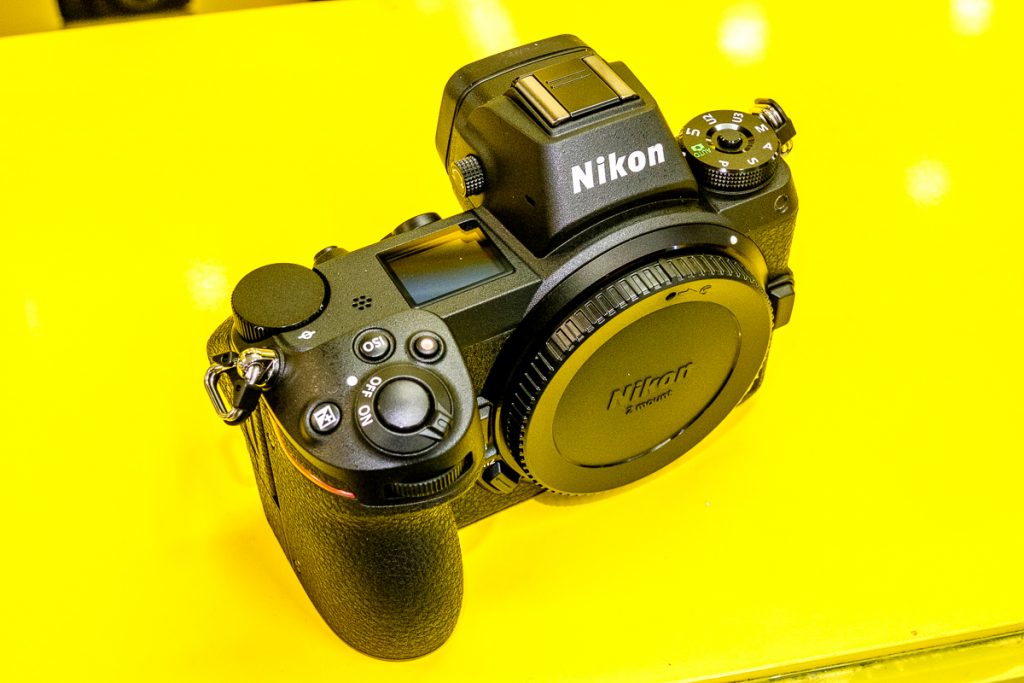 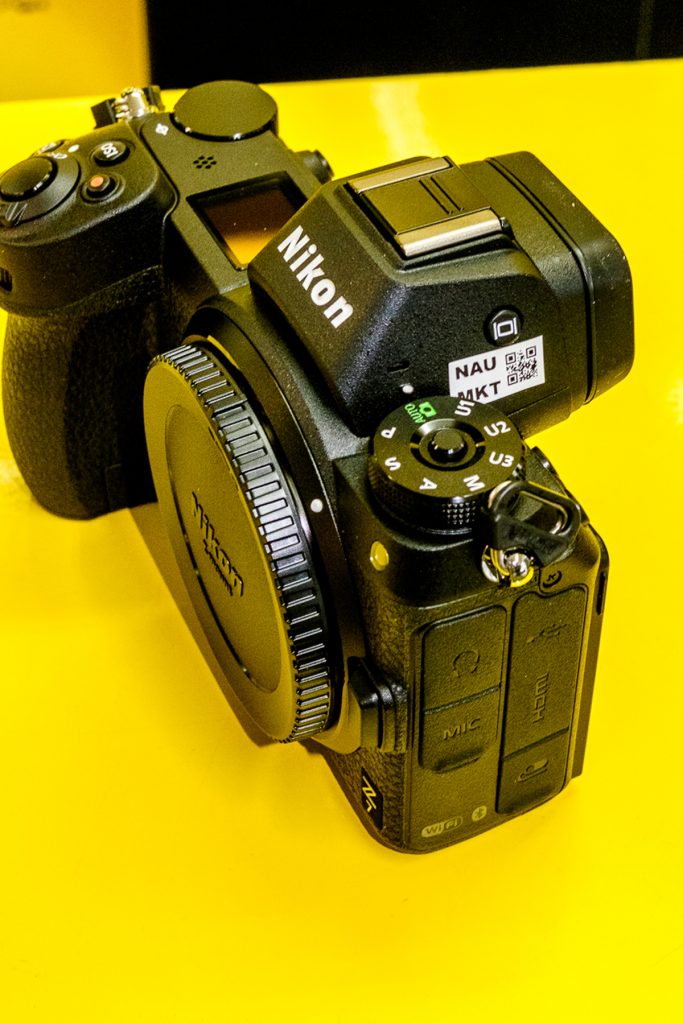 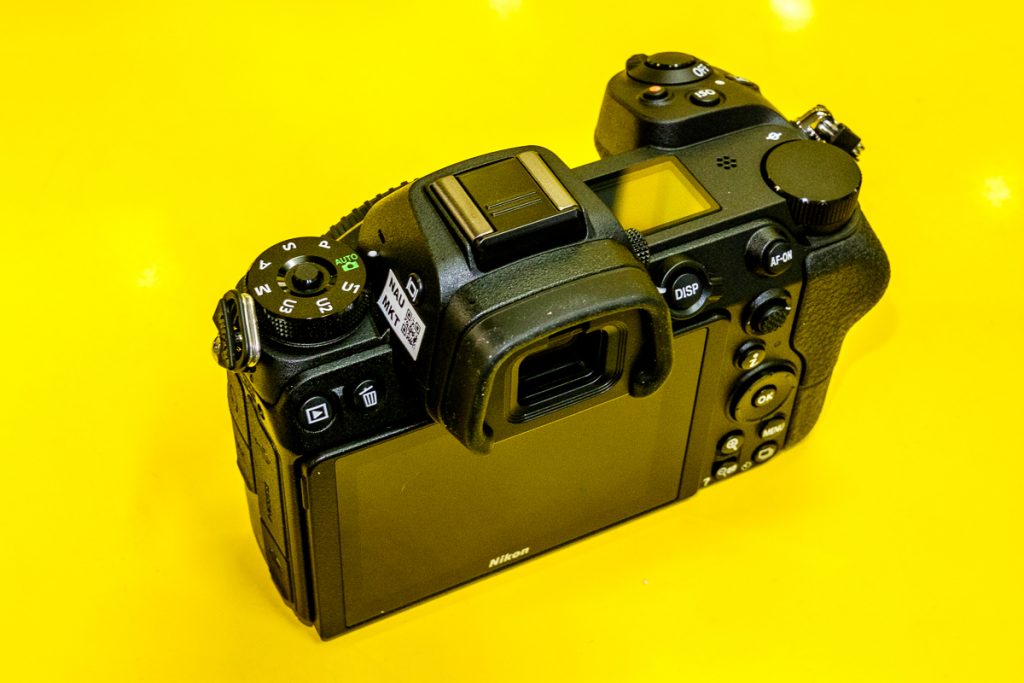 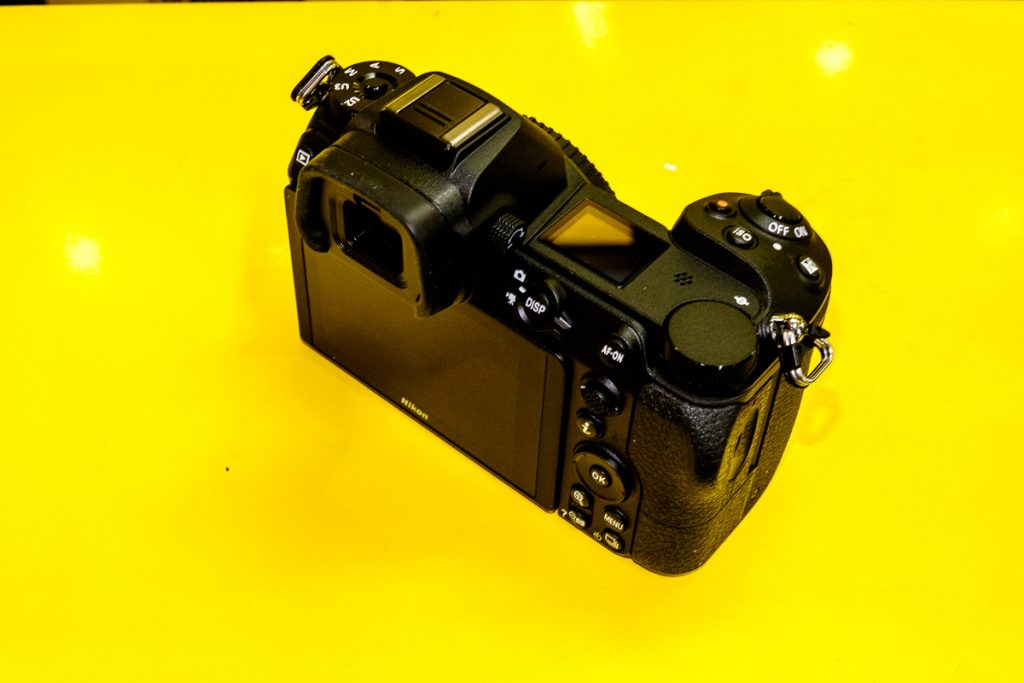 The camera body is large-gripped in a smaller body than the DSLR cameras. Those of you who have mirror-less full-frame system cameras – or even the APS-C mirror-less – will recognise the ergonomics of it. We’ll be covering this in more detail later in the year as more examples become available, but no-one should be sad when they pick it up. Many people will be able to fall right into the use of it almost instinctively. 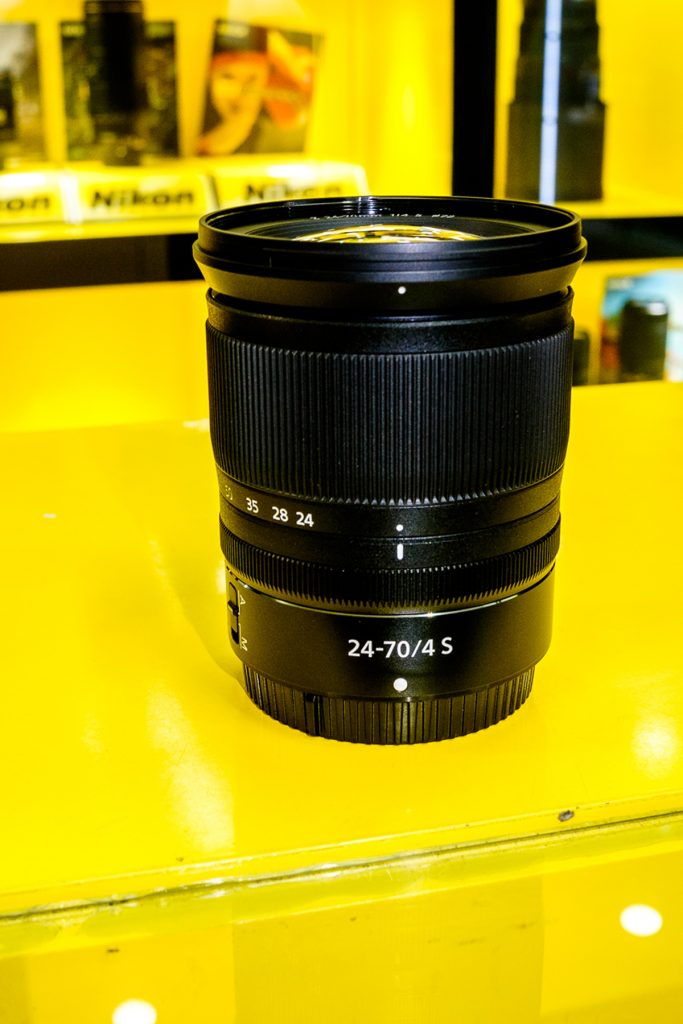 The lens looks good – and it has few of the odd bumps and design extravagances of some types – just a straightforward barrel and a front section that unlocks or retracts as necessary. That’s a grown man’s hand holding it comfortably. 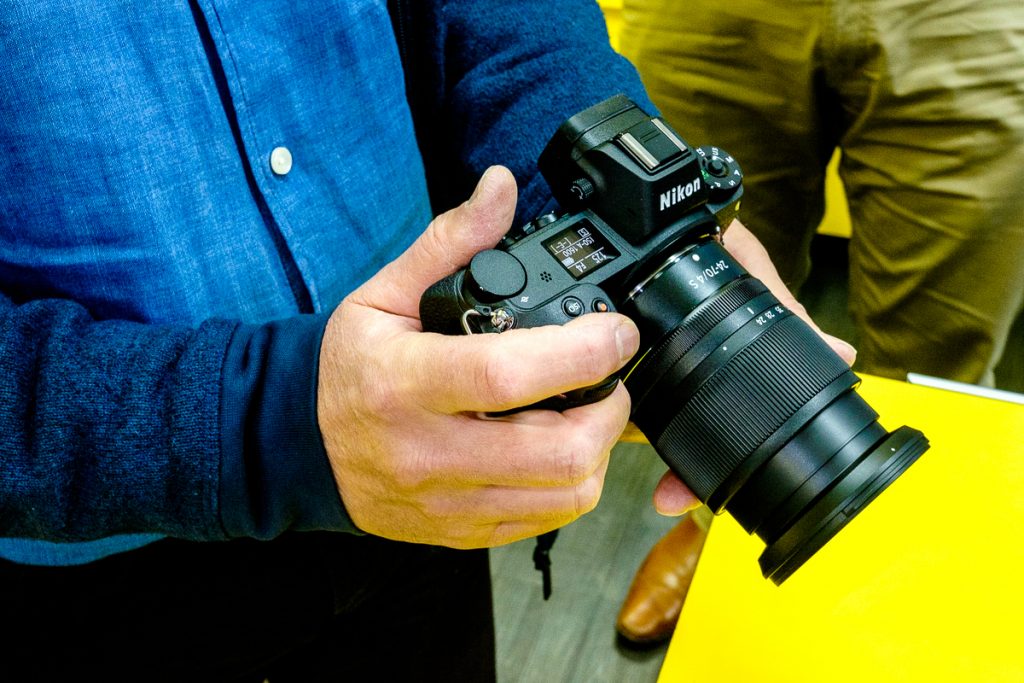 Still too early to know exactly how the FTZ will handle some of the more exotic older Nikon glass…but if you look at the different types there in the Nikon cabinets behind Michael, you’ll see some definite temptations in the full-frame line. I shall be testing several in the Little Studio as time goes on and going over to the secondhand cabinet to see what exotics are still lurking. 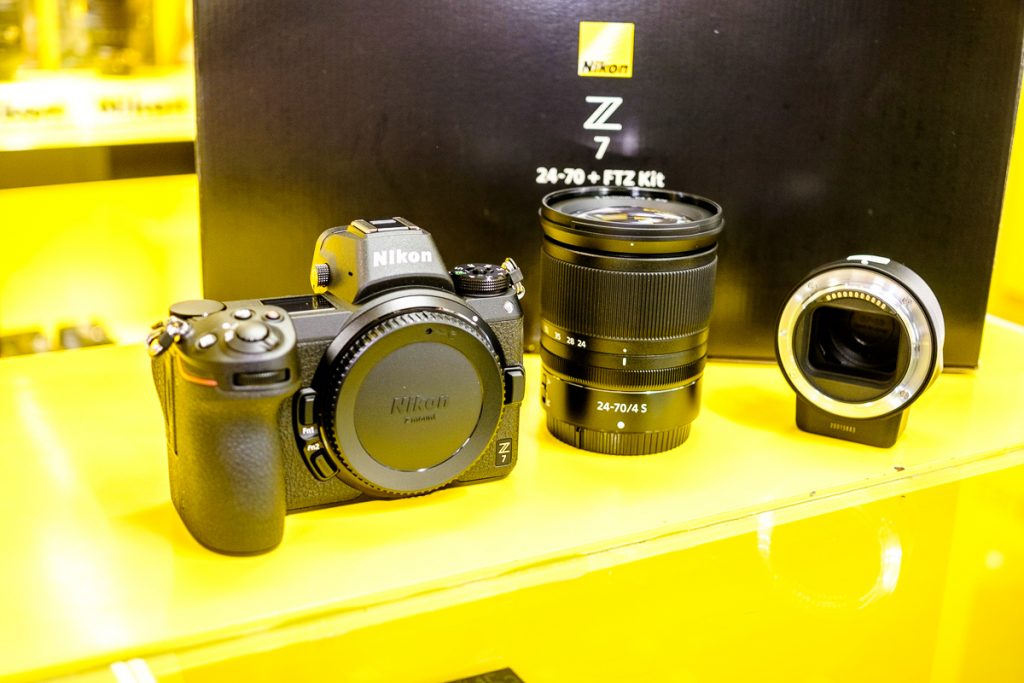 Dare we say it? This sort of camera with the ability to adapt to previous lenses…and there are other major camera makers that have thought this same idea through – may make the second and third hand market for older lenses revive. There may be some amusing discoveries when really bad old lenses are clapped onto really good new cameras. Listen for the howls of outrage.

PS: Don’t panic about the NAU-MKT sticker on the side of the EVF housing. It peels off and michael says it is just a warehousing thing. Besides…who remembers the JCII stickers and spotting amateurs who left them on for the entire life of their 60’s SLR cameras…?