A Short Week – Part Three – A Day Out At The Museum 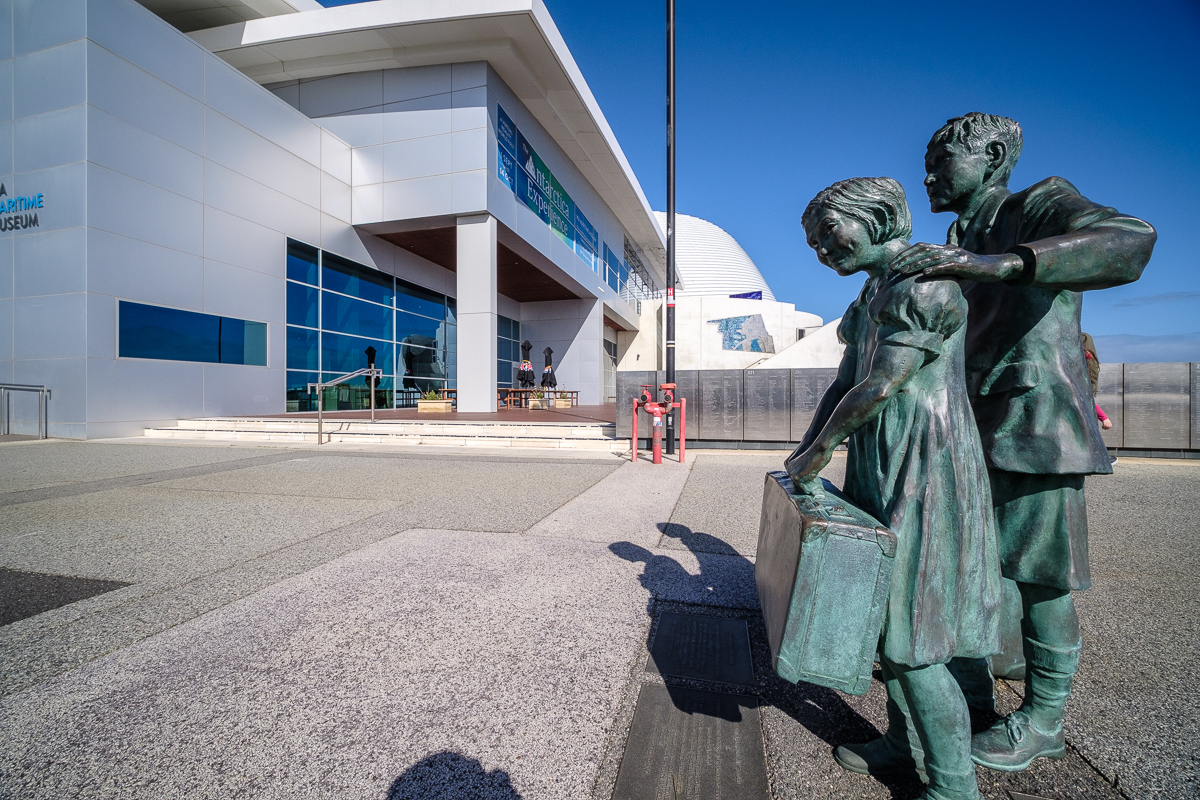 When you were a kid, did you look forward to school outings? Or family holidays when you could go see things you’d never seen before? Did those outings include the occasional museum? Well if they did, and if you loved them as much as I did, you’ll know why I take such pleasure in the ones I see now. Whether it is here or in the eastern states – or in Singapore, Great Britain, or the continent – whenever there is a ” Museum ” sign out on the footpath, I’m in the door.

And I’m in there with a camera. I am always saddened when a gallery or museum will not permit photos. Some do it for preservation reasons…supposedly. Some for operational reasons, and some for the benefit of their own souvenir shop. I don’t mind buying souvenir books, but they never show all the interesting bits that I like to remember.

The Maritime Museum at Fremantle – the oddly shaped building perched on the end of the wharf – has a very sensible policy about photos – they let you get on and shoot them and take their chances with their own cards and books – and they have a good café to recruit your spirits half-way through the day. They also let old guys like me in for half price – and are dignified about it.

Any rate, I rocked up with my X-T2, flash, Laowa 9mm, and Fujifilm 10-24 in the Barbershop bag. Just enough weight to need a good bag. The Laowa took the external shot of the statues, and they seemed rather surprised at the EX-F500 fill flash… 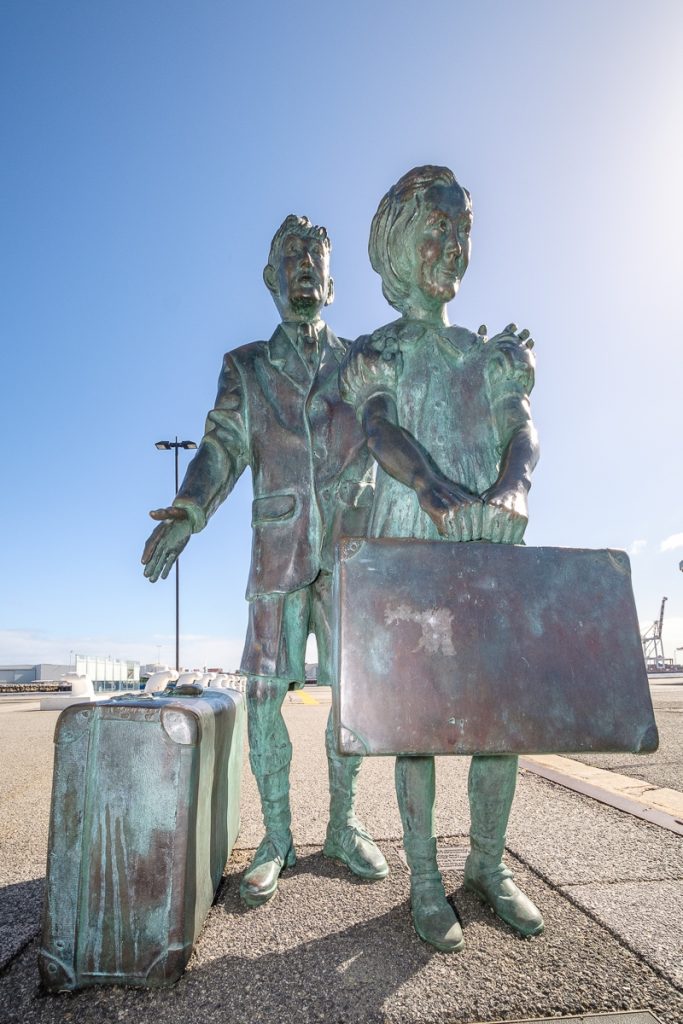 I was surprised myself at the amount of coverage a flash would give on TTL for such a wide lens. Have a look in the image frame for all the flare and coma that there isn’t. I did not spot out anything. I also sweated to get the camera level in all planes as the Laowa lens is advertised as having no distortion – I did not want to introduce much of that myself. I appreciate the green artificial horizon, but would like a fore-and-aft indicator as well. For serious architectural work I would clip on the old Linhof bubble level. 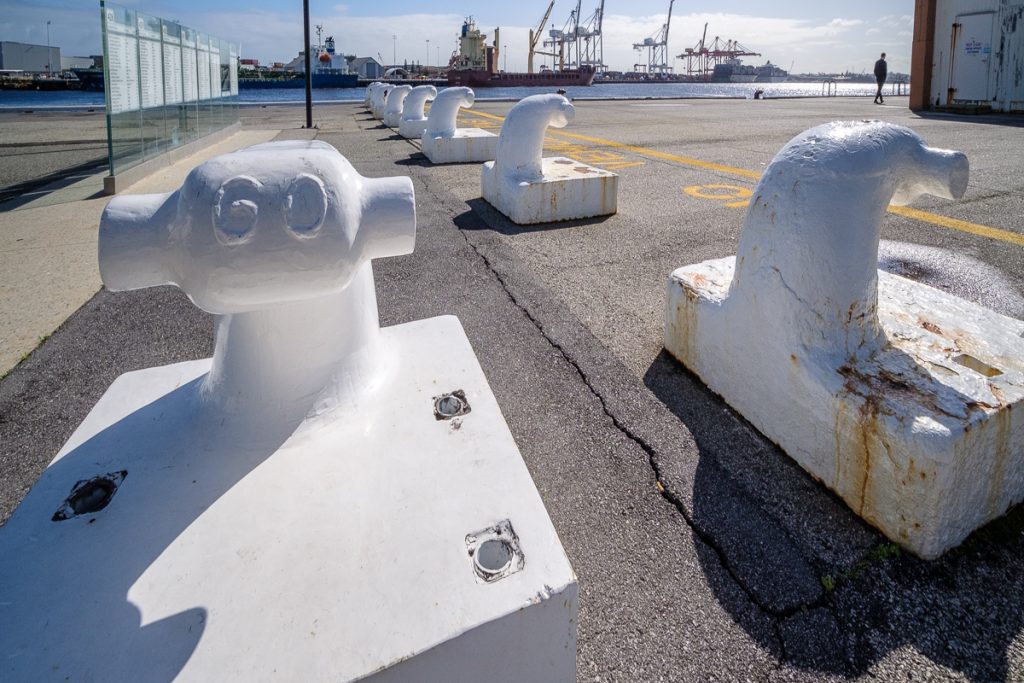 Inside, there are a lot of places where you’re gonna look up no matter what, and with a 9mm lens you are going to get monumental convergence. When you gotta go, go hard – use it as a design feature. Otherwise, strain as hard as you can with the LCD or EVF to look at every scene on the level. You’ll save a lot of post-processing correction – and more importantly, you’ll get an accurate idea of your framing with no lost edges. 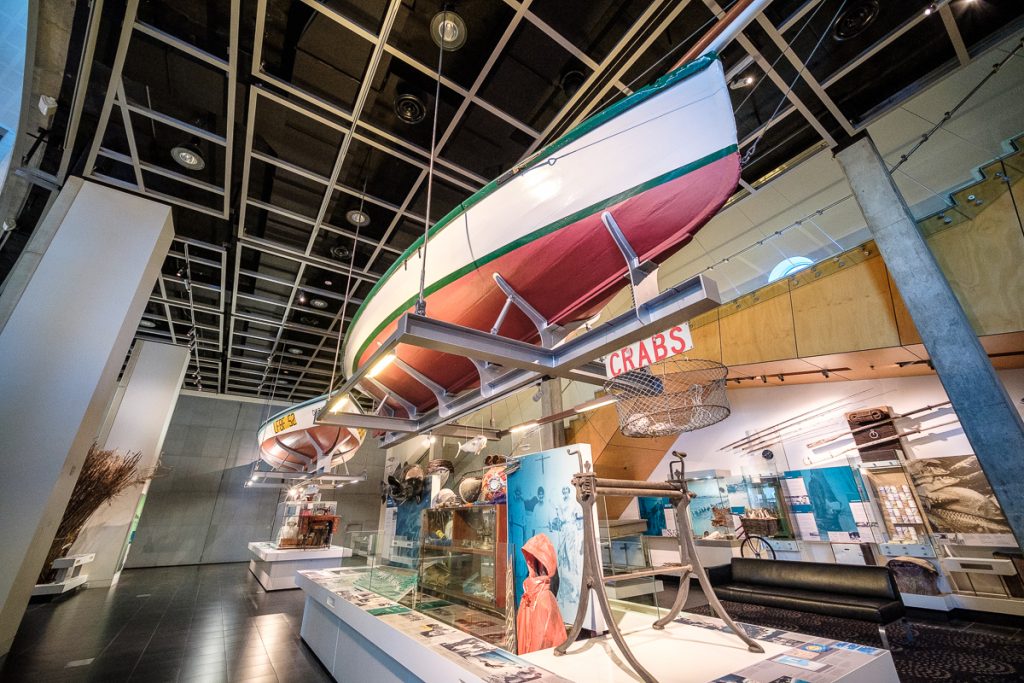 Here, see what keeping it a bit more level does? 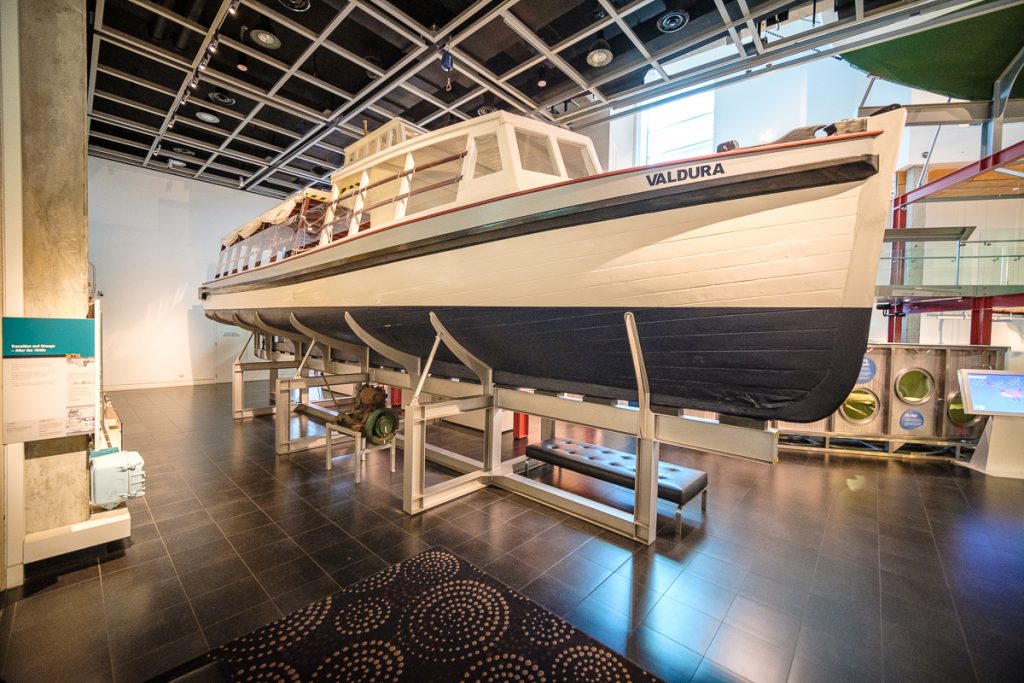 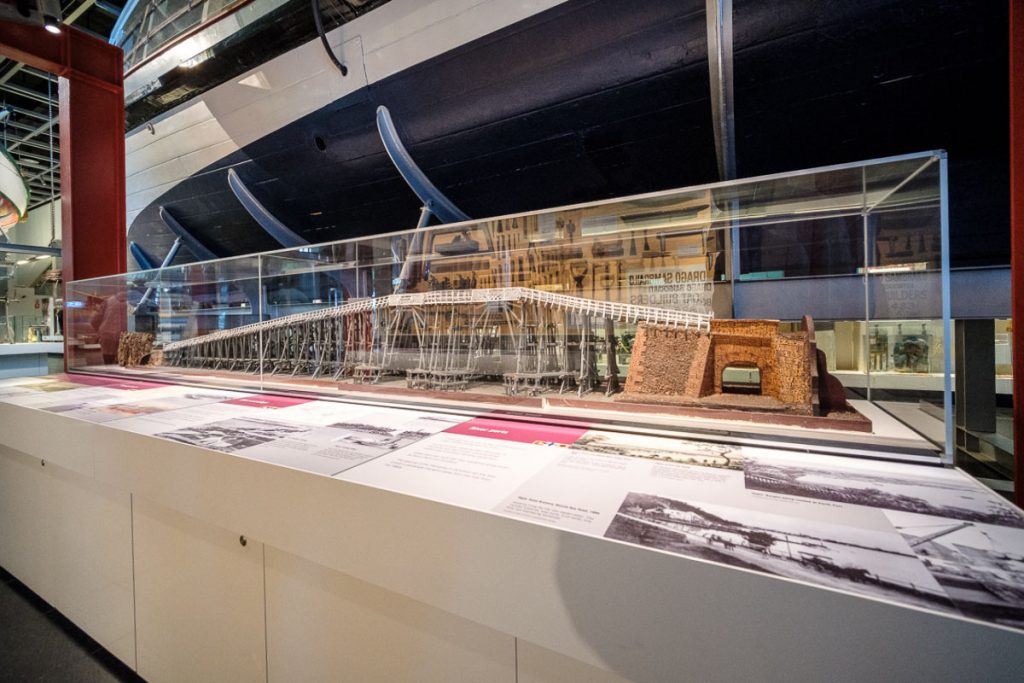 That’s an early bridge over the Swan, and a delightful model. Here’s an illustration of how careful lineup – plus a bounced open flash – can illustrate a good display correctly. But the flash was not needed for many things with the Laowa – I set the ISO to 3200 and was able to use f:5.6 to f:11 easily hand-held. A point and shoot situation. 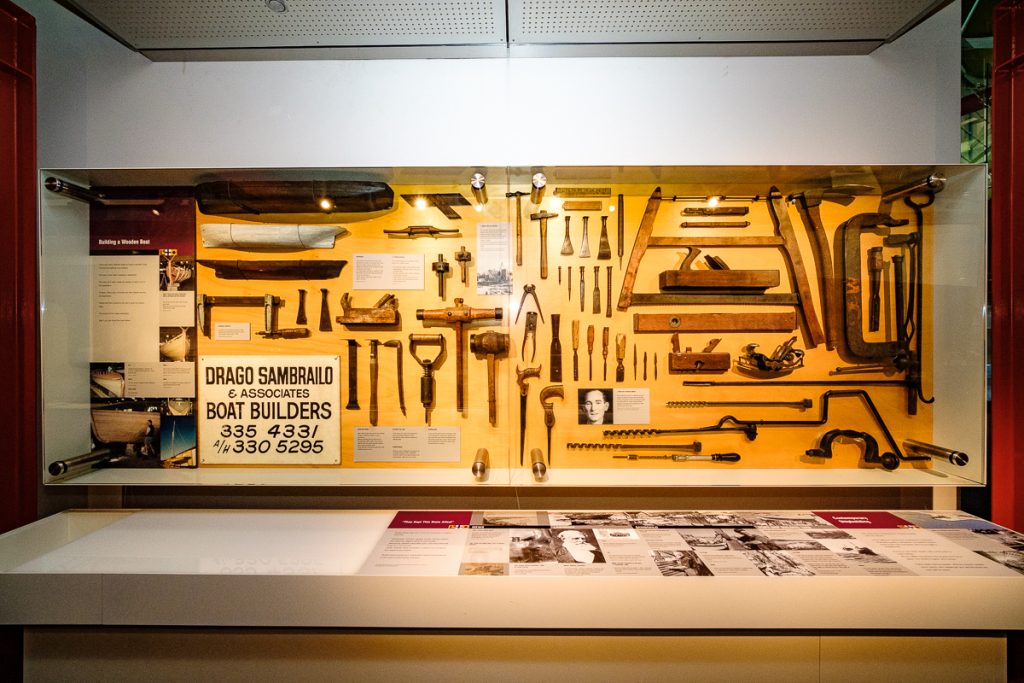 If you are going to depend upon the museum’s lighting, however, you are going to face mixed colour temperatures. I resolve this by accepting chromatic fate and concentrating on the more colourful subjects. Generally, if you can avoid outside light at the same time as the inside illumination, the AWB circuit will cope. 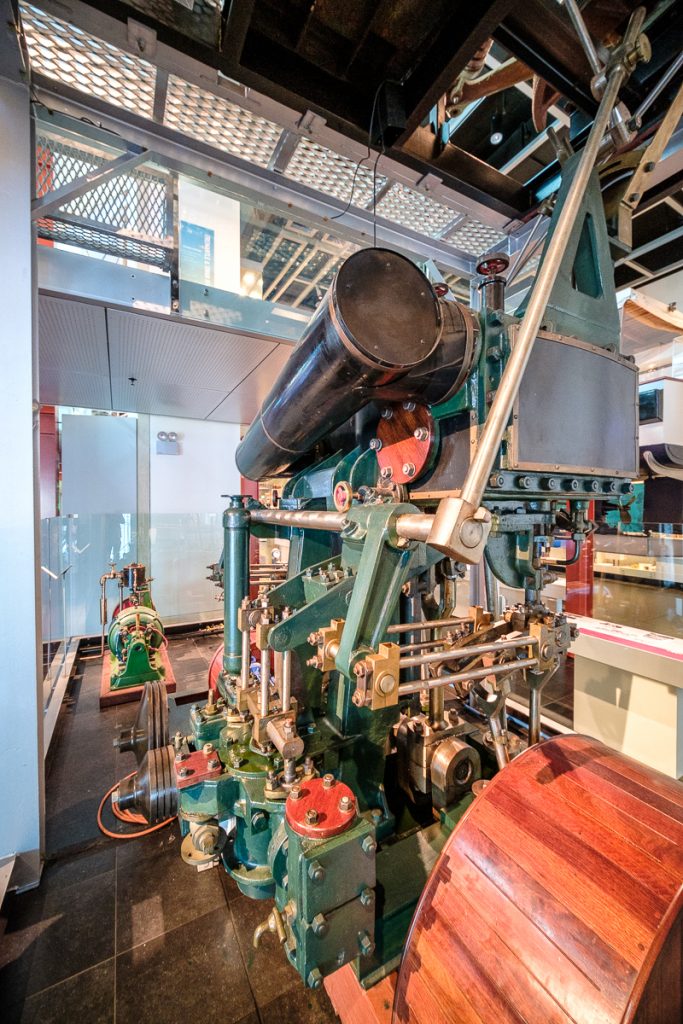 But then fate moves in and sends you a container ship steaming past just outside the window…how many of us can say that for their day…and it is a case of shoot fast or miss out. 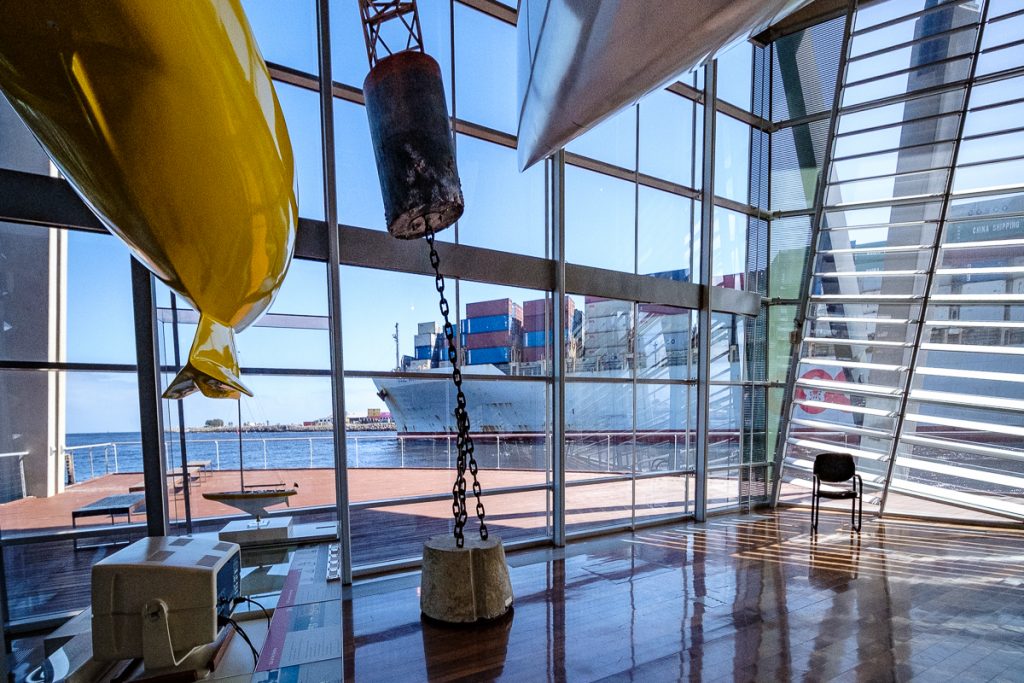 By moving to the window, tinted as it might have been, and later correcting in Lightroom, a passable rendition of the outside could be made. 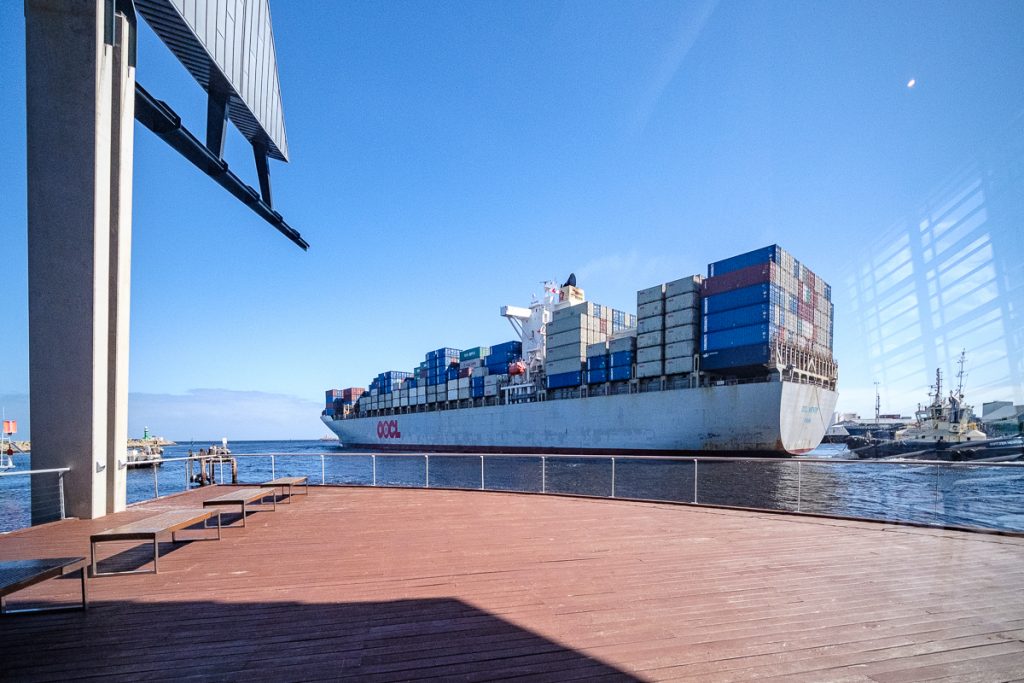 Now the last shot with the Laowa 9mm illustrates a trick I used in the museums of Great Britain in the 1990’s – the days of 64-200 ASA film speeds. I did the biz with a Nikon F3 so I could count on an automatic shutter speed as long as I dialled in the aperture…but some of the stuff in the UK in glass cases was illuminated by aged glow-worms… fortunately I had a Nikon 16mm lens with a big metal lens hood that I could press up against the front or top of the glass case and hold still. Then it could shoot for several seconds and still render a sharp image. ( In the case of some illumination, very off-colour transparencies resulted, but later scanning and PS correction has saved the day. ) 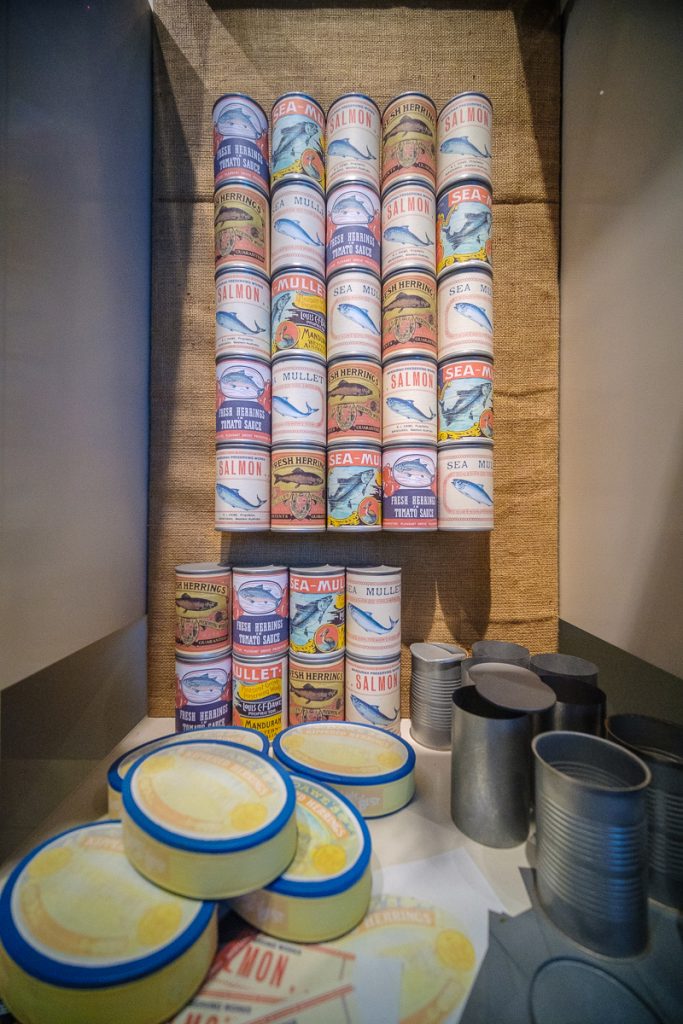 You can do this with the Laowa by bayonetting off the lens hood and laying the front ring on the glass. No light reflections and a perfect image. 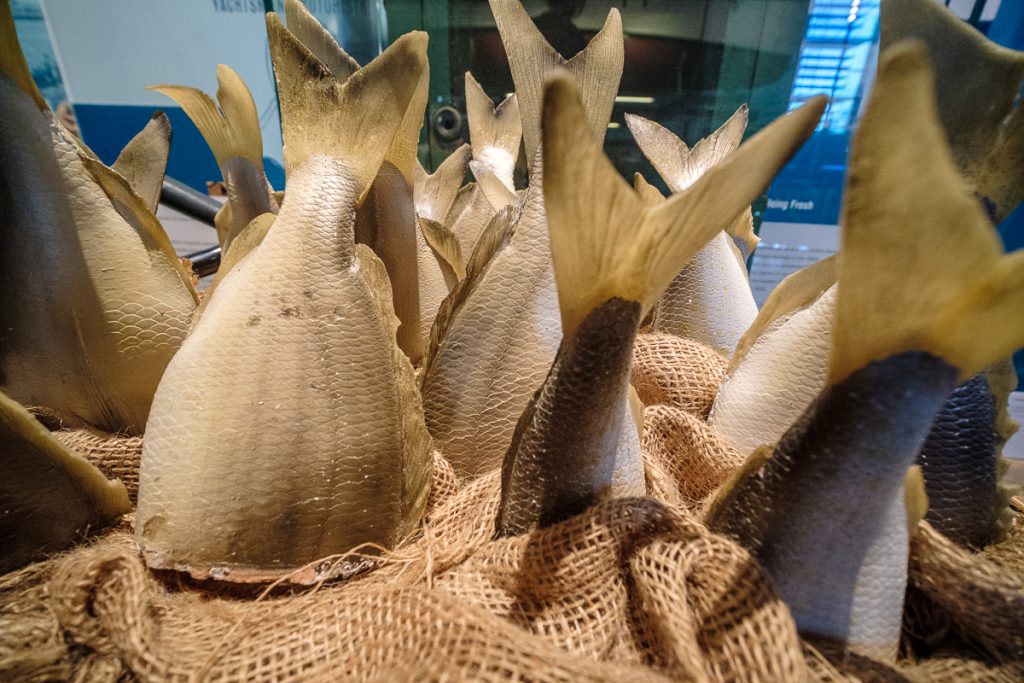 Try it, folks. There’s nothing fishy about the technique…