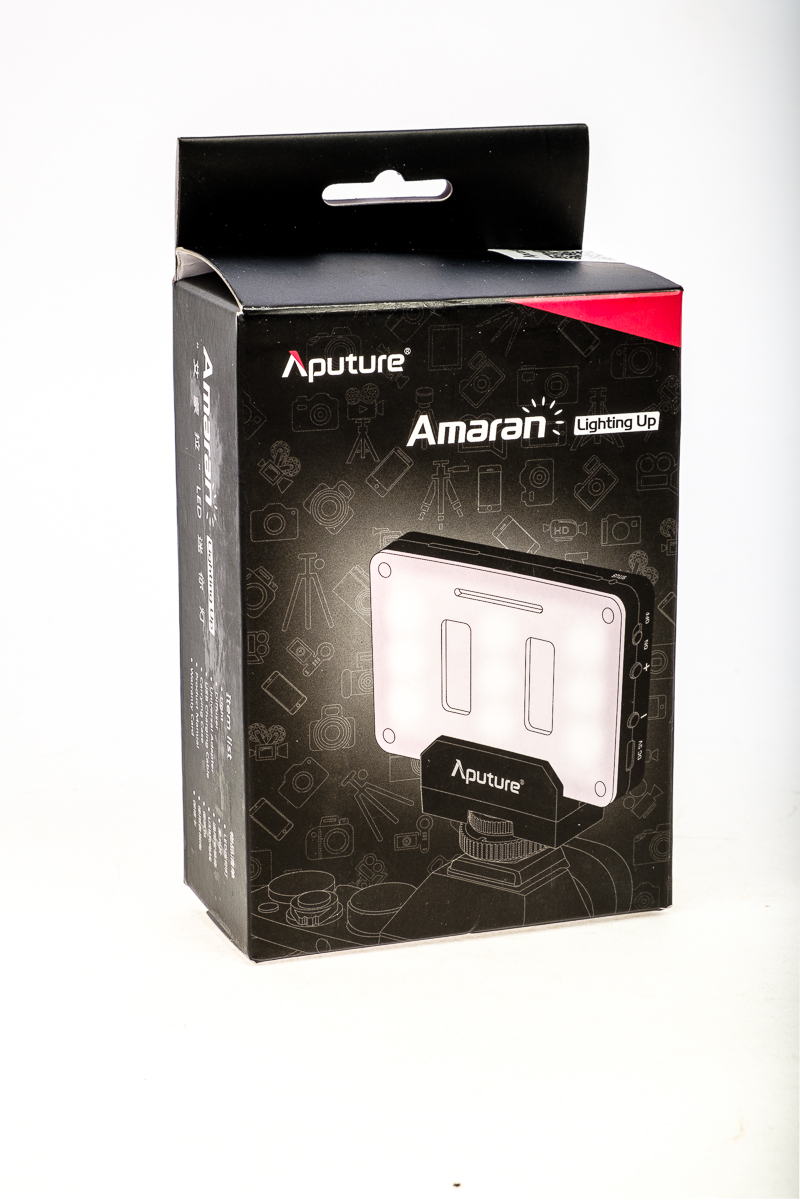 First LED panel off the rank is one of the smaller variety – the 0Amaran ALM9 from Aputure. 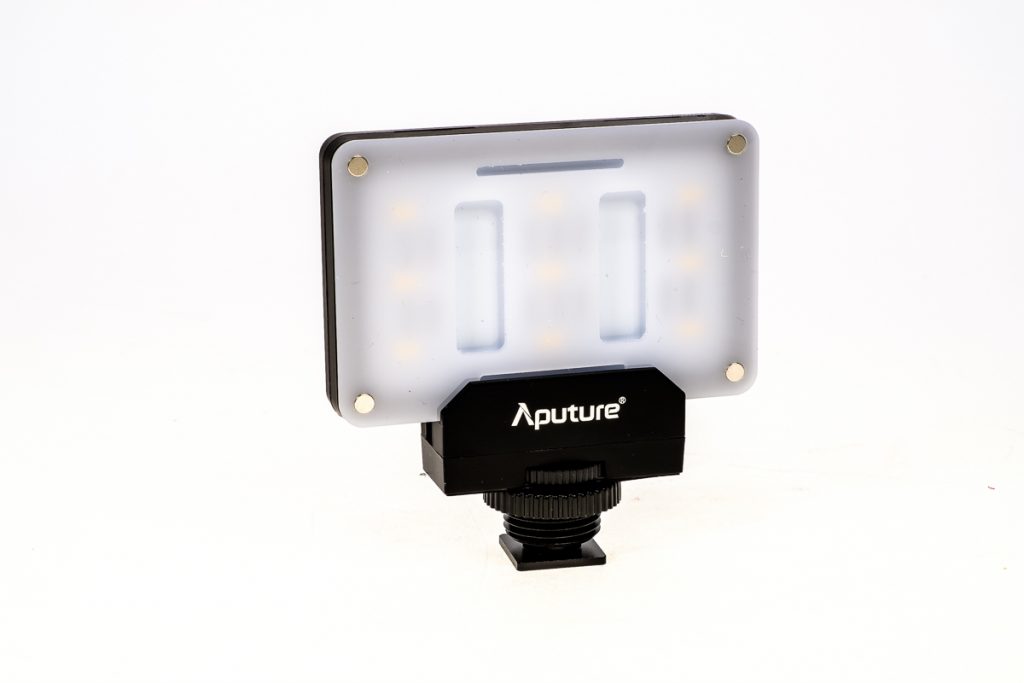 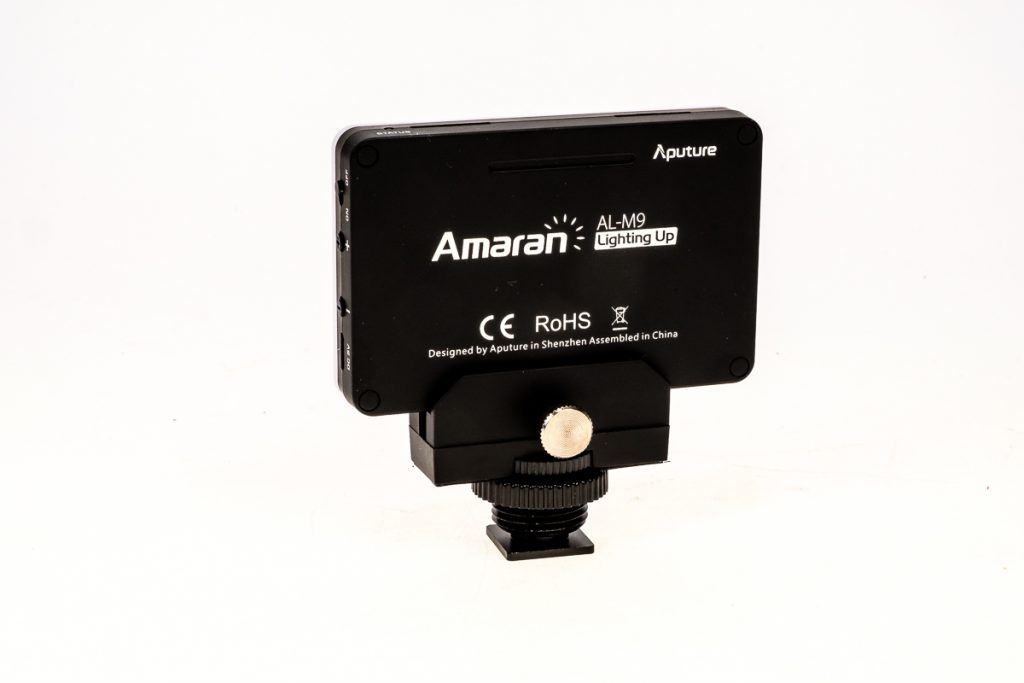 It comes with a detachable front diffuser, a grey filter, a hot mount clamp, and a USB charging cord – all packed in a padded case with a carabiner to attach to your belt. 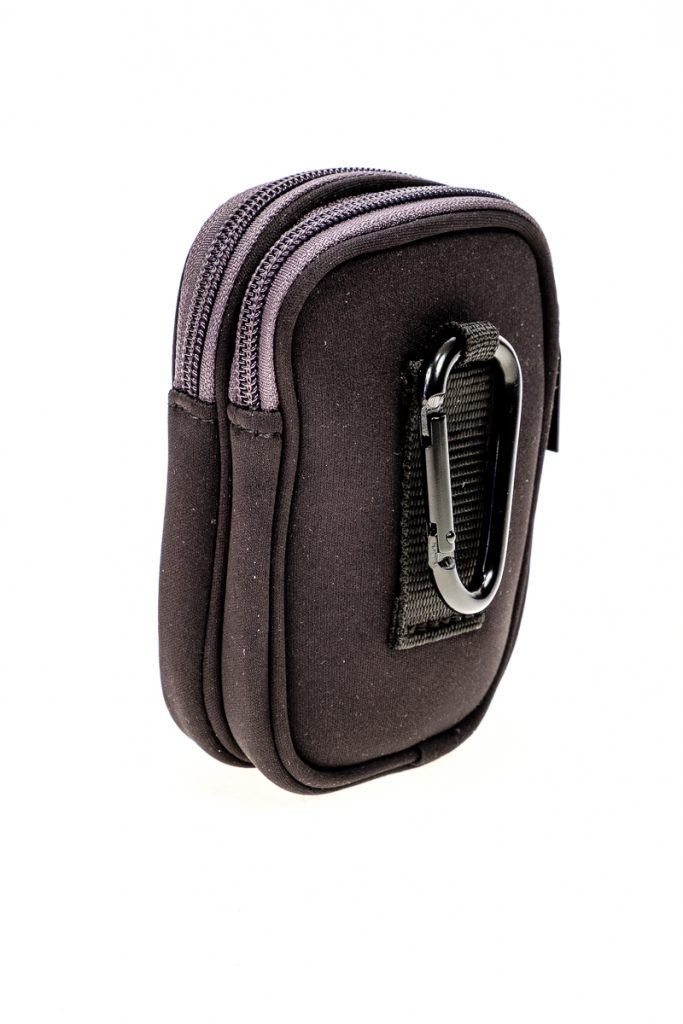 It’s tiny and light, but features a couple of multi-step power buttons on one edge. The charging time was indeterminate as I plugged it and another panel in and went to bed.

Okay – here’s rundown on the two tests done in the studio – it was completely dark and no walls close to affect the light as it went from the camera position to the test stand. The distance was about 2 metres – an average sort of place to be taking digital pictures from.

The first test was to shoot with ISO 800 and as close to f:8 as could be maintained. The shutter was left to operate itself with a the camera using a spot metering pattern The camera was the regular studio Fujifilm X-T2 on a stand. This meant I was going to get a standard sort of result – reasonably well-exposed.

The variables cranked in were concerned with the white balance. As I generally run the Fujifilms at 5600ºK in the studio I left that set up – but I also took a separate exposure on Auto White Balance as this would later give a colour temp reading in Lightroom. The Lightroom shots are not altered in any way.

Finally, I moved round to the face of Legless Lou with a Minolta IV light meter to record an actual exposure with the light falling on the subject. To do this, I cranked the IOS up to 1250 and set the shutter speed on the meter to 1/15. This is a reasonably realistic choice when you know you are going to be dealing with a limited light source. 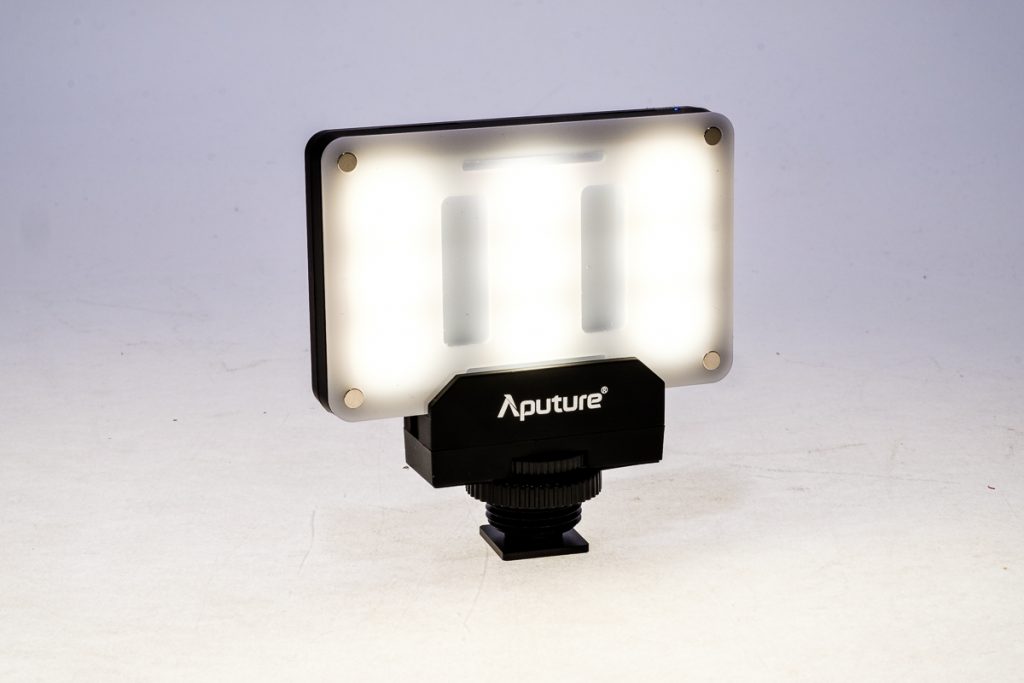 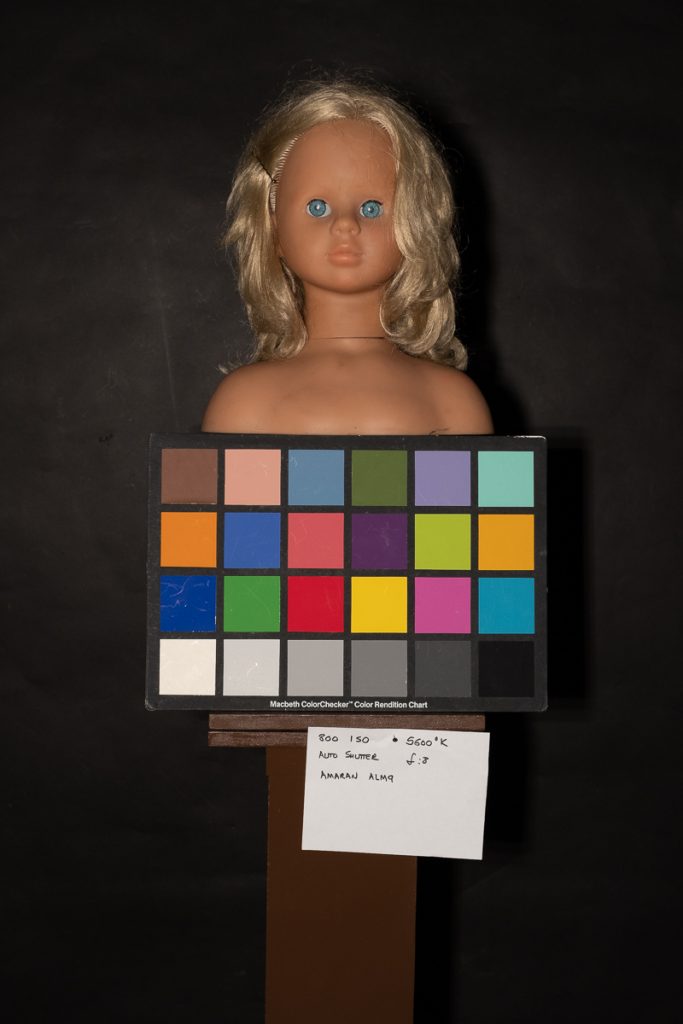 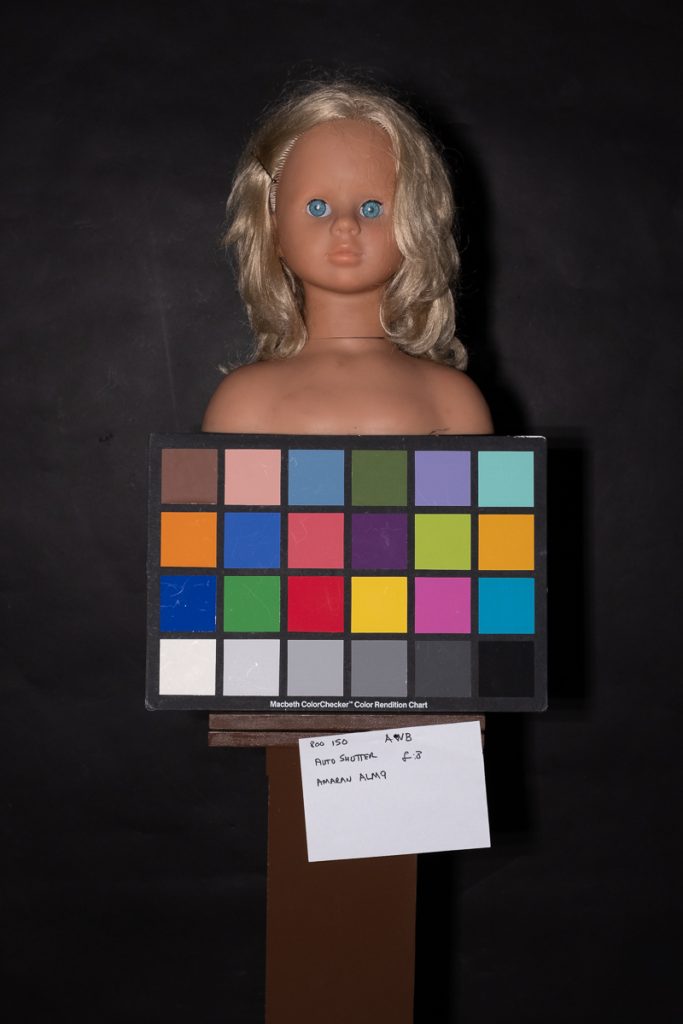 I call a tiny bit colder for the AWB and lightroom says 4950ºK.

The light output was 1/15 second @f:2.86. As a comparison with regular modelling lights, a standard Elinchrom 119vAC bulb in an RX 1 at full power in the same position is only getting up to f:5.66 – so the Amaran is 2 stops darker. Of course the Elinchrom whacks out a lot more herbs when you fire the flash tube, but this is solid light.

Useful? Perhaps. But use this first test as a comparison with the later panels.