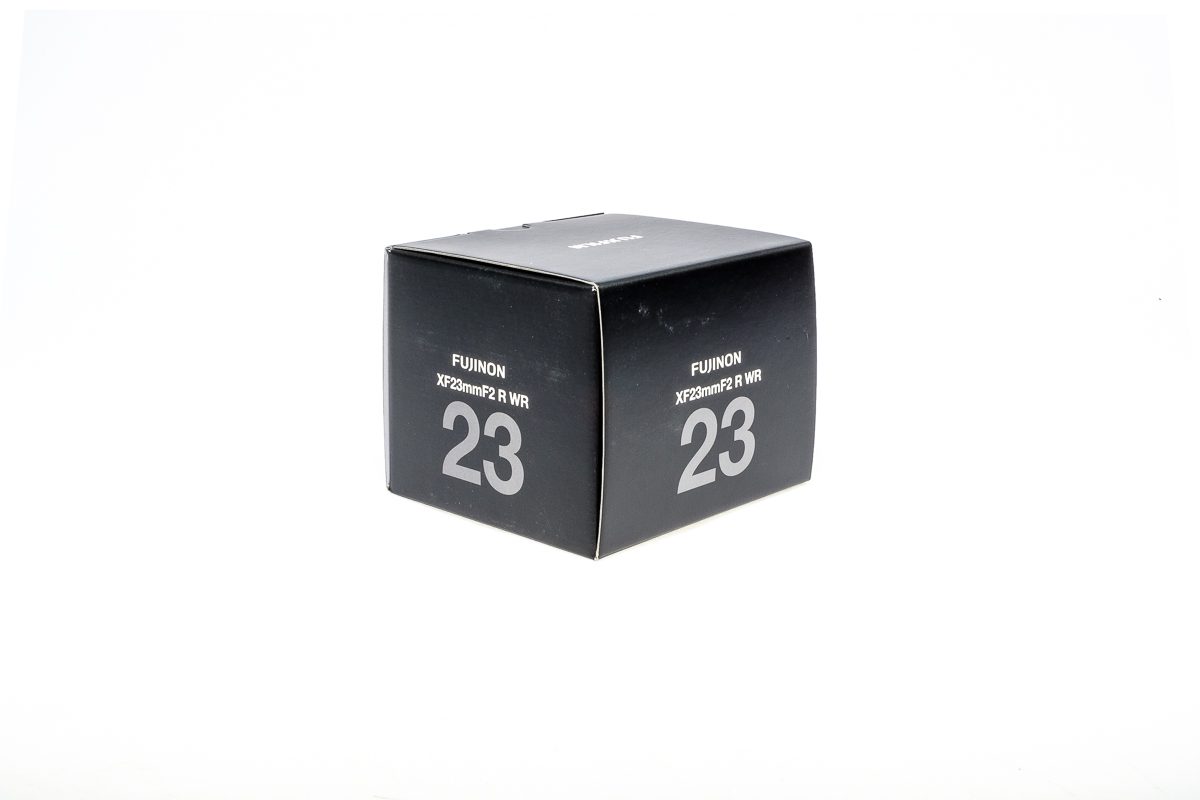 Climb up with me

We’re going to go up the Fujifilm 23mm focal length ladder this week and you can see how difficult it is to climb. Don’t be afraid of a nose bleed – 23mm isn’t all that high.

This enquiry was sparked by the realisation that 23mm may well be the go-to focal length for the APS-C sensor when the average shooter takes a camera out. And that there are a number of ways of getting to that number. Users of other camera systems may like to look within their own catalogues or camera bags to find similar lenses – the micro 4/3 people will need to look at about 17-18mm focal length as their  nearest equivalent while the full – frame shooters will need to use 35mm lenses as their point of comparison.

The thing we are achieving with a lens of this sort is very moderate wide-angle – capable of environmental portraiture as well as general coverage and landscape work. A lens that may prove to be a worker inside or outside, and it will have the advantage of being generally cheaper than the extreme wide-angles.

The makers of cameras that are intended to be stand-alone travel and street machines also use a focal length of about 23mm to let people carry the lightest possible burden – if they seal the lens in and don’t allow interchangeability, they also seal out dust and avoid the sensor cleaning circus.

It so happened that five lenses fell to hand in the Little Studio to do this test – four that you can buy from Camera Electronic right now and one that you can’t. In case this sounds strange in a commercial weblog column, I’ve found in the past that I can’t predict the future ( and in the future I’m probably not going to be able to remember the past ) and the odd lens out might be something that the firm takes an interest in. Stranger things have happened.

Today, one of the silver stars of the Fujifilm X-series – the Fujinon XF23mm F2 R WR. It is of a similar style to their 35mm F2 prime lens. Satin silver, with click-stopped aperture ring and unmarked manual focusing ring with heavily milled grip. There is a plastic lens hood supplied in the box*. It’s as handsome as heck and a perfect match for the silver version of the Fujifilm X-E2s, X-T10, X-E3, or X-T20 – a match not only in performance but in size and shape as well.

It does a smooth, quick, and quiet autofocus. It’s weather-sealed with a rubber skirt at the back.

I tested it on the 4th Street SW set to compare it with the other four optics – note that the camera was fixed on a massive Gitzo tripod and the lighting was not touched. Some of the lenses would go to f:22 while others like this one would only stop down to f:16. No matter – they were all manually focused on the Mounties sign a third of the way into the set. Apologies beforehand that I did not have the entire backdrop as light blue – the studio was being used to set up for two shoots. Think of that dark blue sky as an advancing hailstorm… 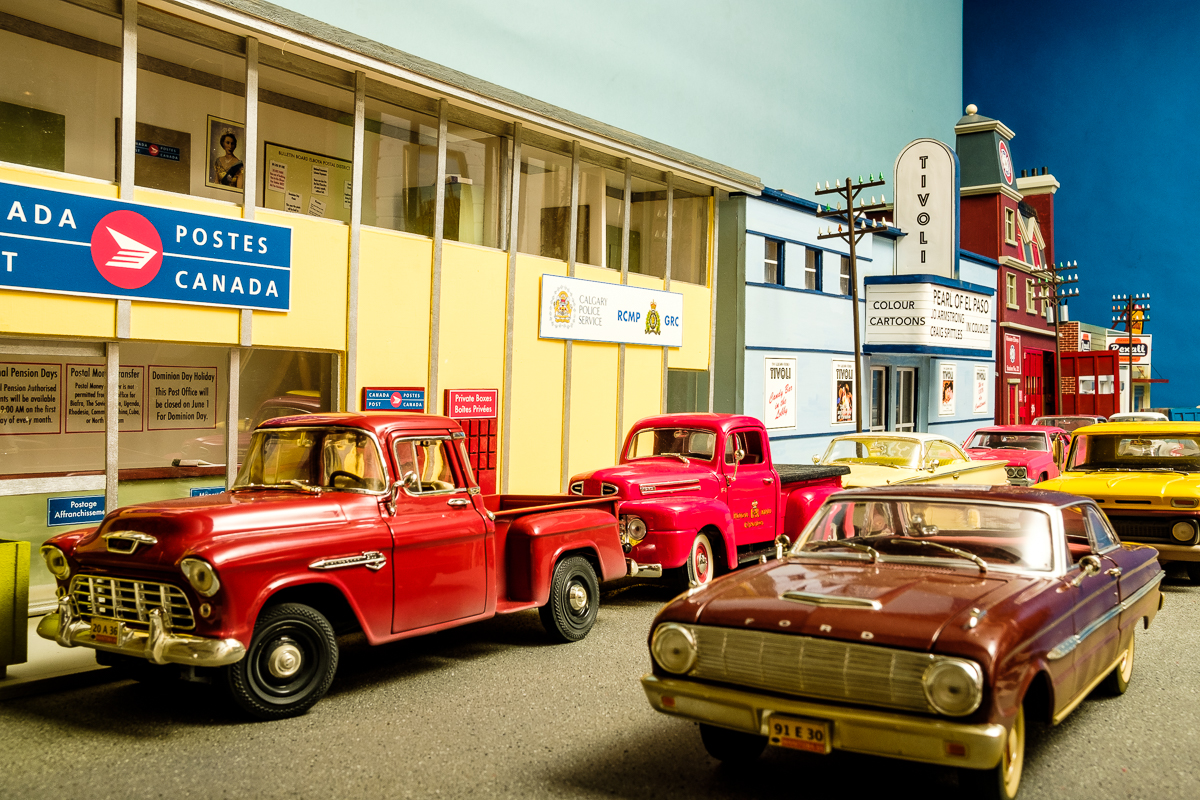 B. The firehouse where it starts to break up. 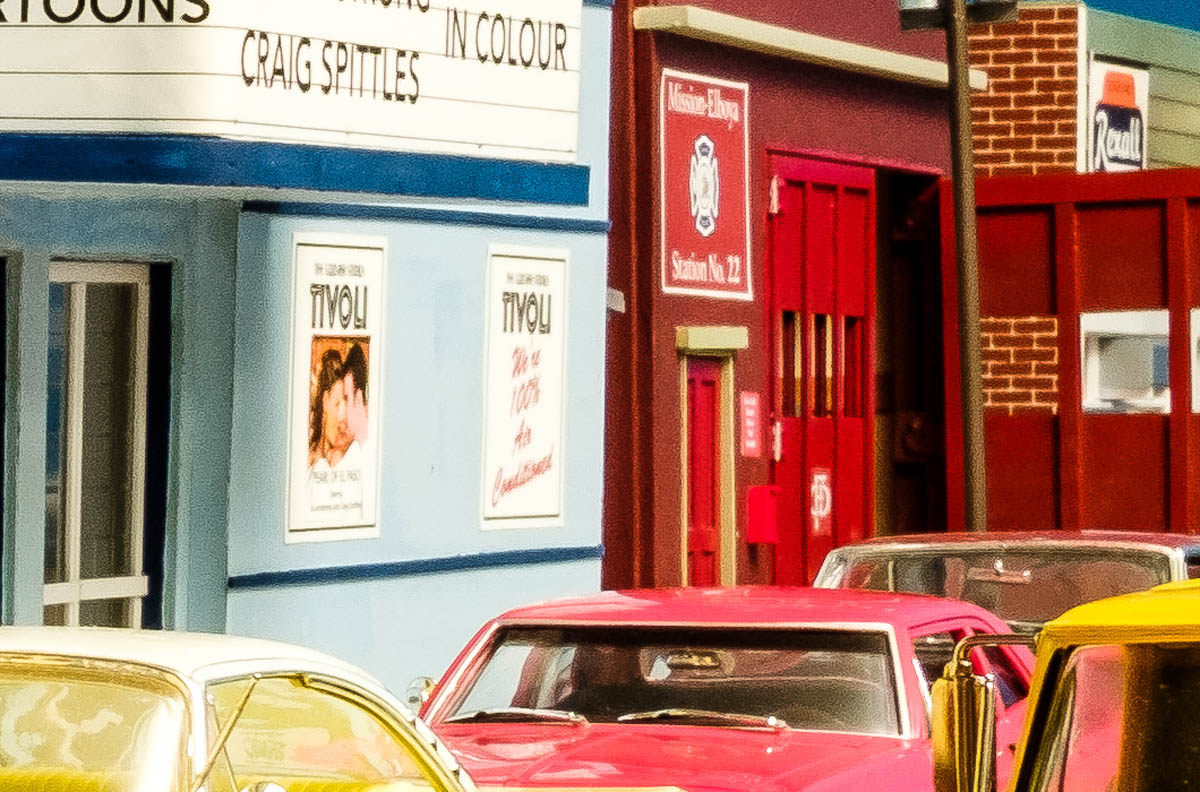 Keep in mind the thing is in good focus from the grille of the Chevy Stepside to the firehouse door and even the Rexall sign is acceptable. Fujifilm lenses are good performers, and a prime should be as good as it gets. Refer back to these shots when we look at the other lenses through the week.

There is no overt looming with this focal length on any of the lenses tested – and in the case of this one I can’t see any other distortion either. The noise is just as it came out of the camera.

Please don’t be impatient with seeing the same image all week – it is the only way to have a steady basis of comparison. At the end of the week the old Tiv had the builders in for a bit of refurbishing. Years of being a neighbourhood cinema take their toll – the popcorn smell never goes away.

*  You can buy a better lenshood separately from Fujifilm and I’d do it.