Perhaps that should be ” The Italian-French Leg Show ” as I see a ‘ Made In Italy ‘ sticker on the end of the Gitzo box. But you must forgive an old shop assistant for being cynical – it was part of the qualifications for the job. 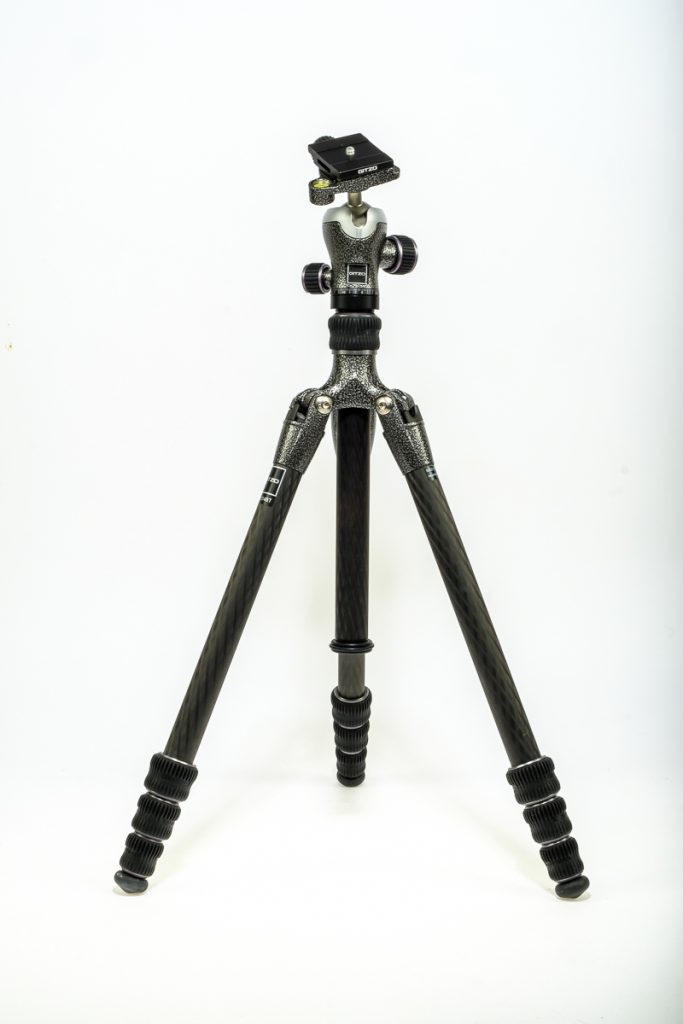 Of course, every now and then the makers of gear peak that curiosity – in this case the other part of the Gitzo label that caught the eye was the line that said ” Genuine Product “. I am sure the contents of the boxes are just that…but it begs the question of whether there are boxes that do not contain products…just air…or whether someone out there is faking up Gitzo. That’d be interesting to see. We’ve had years of knock-off product lines from various factories and snickered at the similarity in shape between the expensive devices and the cheap ones. Ha ha – someone bought an original whatever, took it back to their tiny factory, scanned it, programmed up the CAD-CAM machine, and invented a suitably European-sounding name for it. Then put it on the internet selling sites and waited for the suckers.

With a bit of luck, the warehouse full of knock-off stock will sell off before the lawyers from the original firm can get their writs in to stop it – the tiny factory can close down or go into clothing manufacture, and no-one gets caught. This is hard to do when the original product is really good – when it is a prestigious brand like Gitzo, and when it actually does what it says it can do. Potential customers may be cheap and greedy, but they are not stupid – they can see when there is real quality in the design or manufacture – particularly when the works are all out there in the open to see. Thus the two Gitzo tripods I pulled off the storeroom shelves – the Gitzo GK 1555T-82TQD and the GK 0545T-82TQD. The names may not trip off the tongue but the tripods are glorious. The total difference between the two seems to be centred in the legs – one has four carbon-fibre segments and one has five – of a slightly larger diameter. The difference in legs means one brings the basic height of the tripod with the column retracted up to my navel and one comes about 6 inches higher. They both reverse and collapse into themselves for stowage in a carry bag. They both have three-position rollers at the top of the uppermost column that allow the legs to lock in various positions. The construction and the finish of the heads is breath-taking – it is part of the visual sell of the product. Previous Gitzo products had a grey metallic hammer enamel on the castings: These modern castings are well beyond that – the pattern almost has a sintered look about it. Even if you are blasé about the look of your equipment, this sort of metal art is worth lookin at and bragging about. 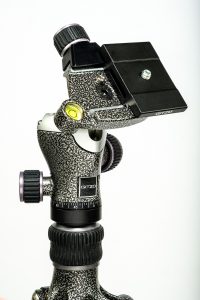 One thing I checked out – that slot that looks Arca-Swiss sized is actually able to take A/S grips and plates. You may have to remove or work around the steel anti-loss stud seen in the second photo – it may interfere as you try to mount a grip or plate that is not a Gitzo one. Fortunately it unscrews…

Final detail – as well as a full kit of maintenance tools included in the travelling bag, there is a cast-in carrying loop on the yoke. Clip it onto your backpack and be the envy of all your photographic friends. They’ll know you have a tripod that is at the top of the tree both in construction and price.