A Tale Of Two Lenses 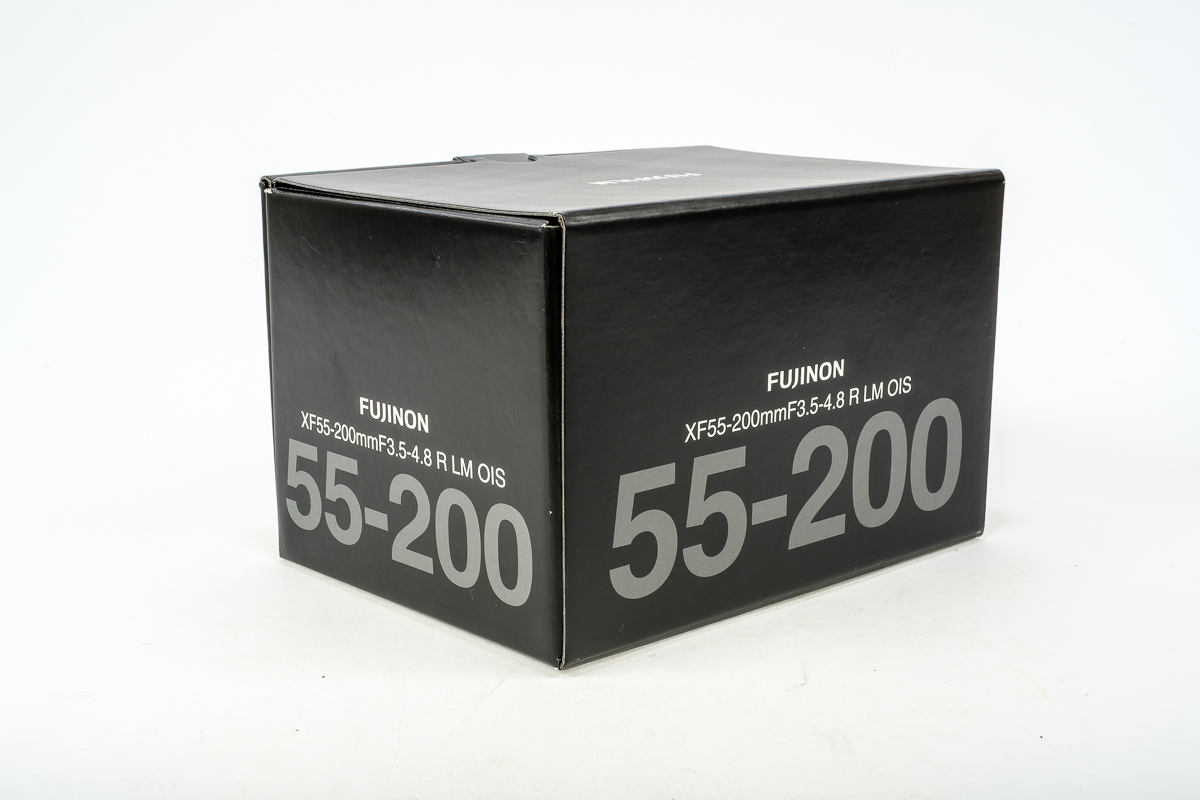 06 Mar A Tale Of Two Lenses

The design bureau of any major camera maker must be a fascinating place to work. I’ll bet they have interesting times…and I’ll bet it’s a combination of Brooklyn and Byzantium when it comes to who decides things and who gets their projects approved…

Case in point is two lenses I checked out over the long weekend in the Little Studio. They’re both Fujifilm lenses and fit the same X-mount – they cover the APS-C format perfectly. And I am not using that word lightly – the results I obtained with them indoors bore that out. 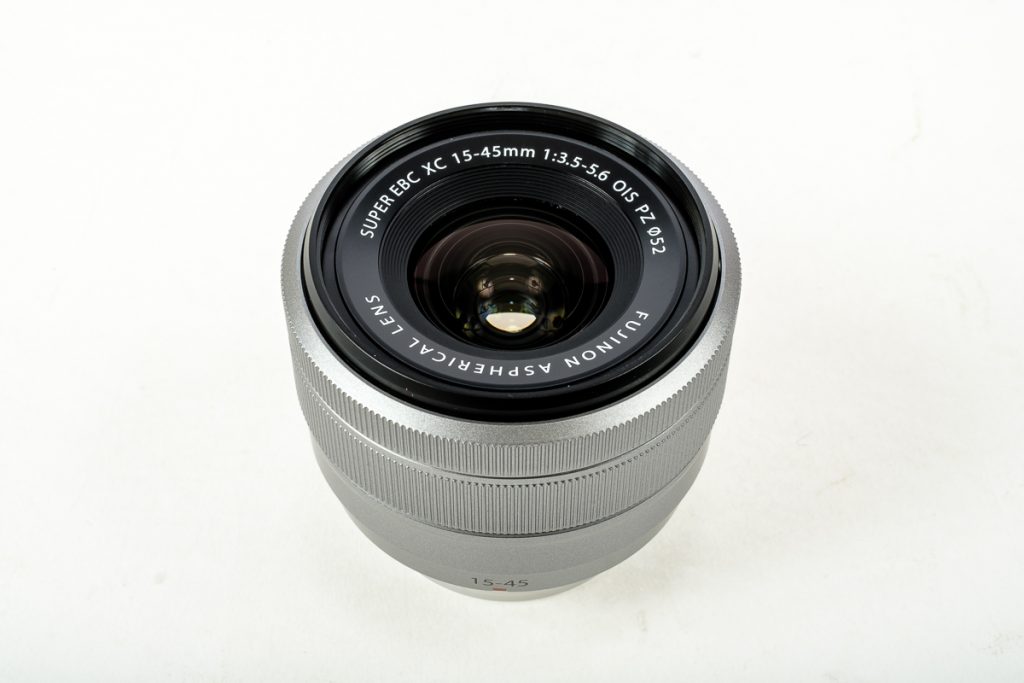 This was the new XC 15-45mm f:1:3.5-5.6 OIS PZ. The designation tells you it had a stabiliser inside it as well as a power zoom. The XC means it was the budget version as far as the barrel and mount go – Fujifilm having elected to make it a plastic mount to fit with their entry-level non-viewfinder X cameras. It was a compact thing that tucked into itself when the power to the camera was switched off.

Was it well built? Yes.

Was it sharp? Yes.

Was it easy to use? Yes.

Did the stabiliser work well? Yes….so what’s my beef? 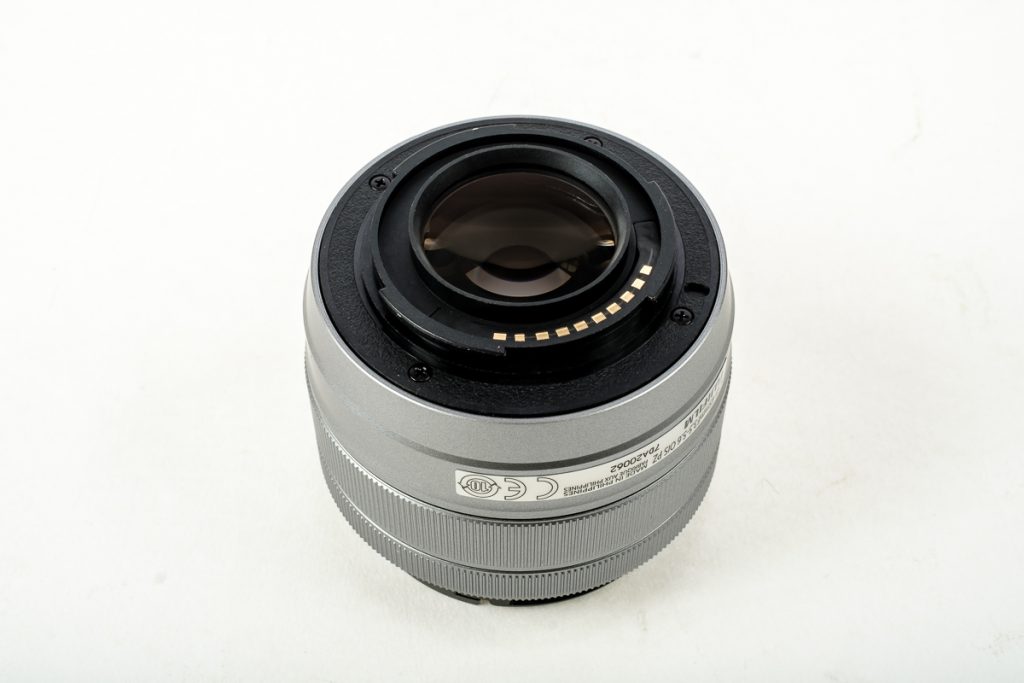 That plastic mount. As long as someone is willing to keep the thing fastened onto the front of an X-A series camera and never take it off – well and good. If they get the coverage and close-up angles of view that they need – well and good. But as soon as they start to get into the habit of demounting the lens and putting others on there the mount is going to wear. It’s the same with the other DSLR or mirror-less makers who have gone this route.

None of the makers who have done this actually say how long the mounts are expected to last. At CE we have seen some sloppy ones – Of course we have also seen some cases where the friable nature of a plastic mount has actually been a life-saver – or at least a camera saver.

Several clients over he years have called in to show us plastics’-mount lenses that have been sheared off their respective bodies by a sudden blow or fall. The lens has given way, but the metal mount in the body has been unaffected – all that was needed to get going again was to bayonet a new lens on.

You’ll have to decide for yourselves if this sounds sensible. If your photography time is spent suspended over a tiger pit with beefsteaks tied to your waist, or you regularly photograph kindergarten ice hockey teams fighting, it may well be. Otherwise, it seems just a cost-saving cop-out for the camera makers. 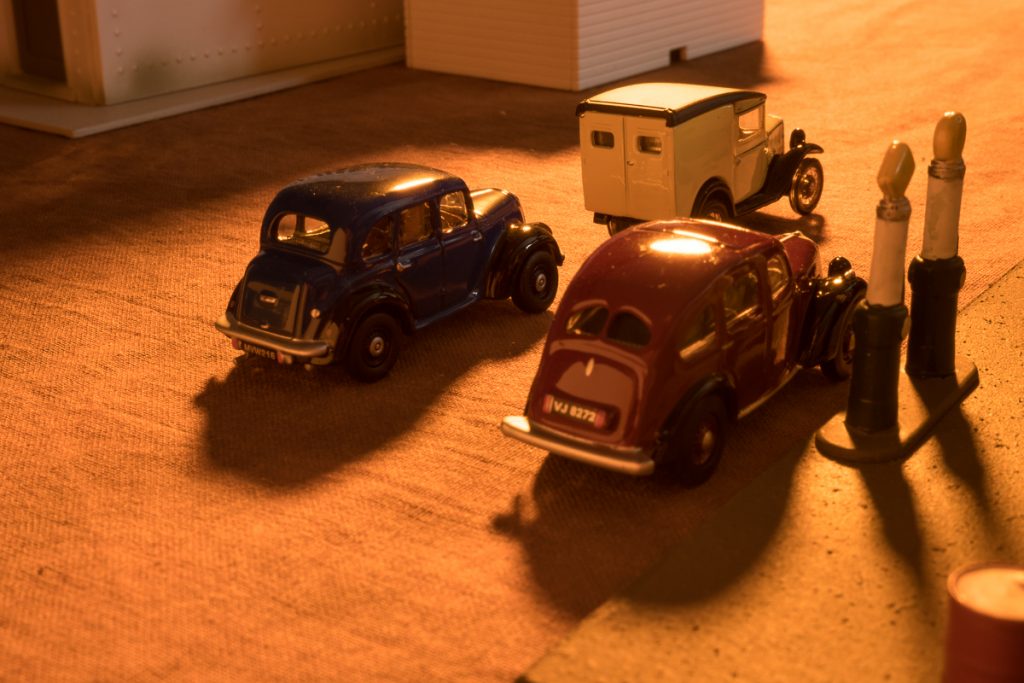 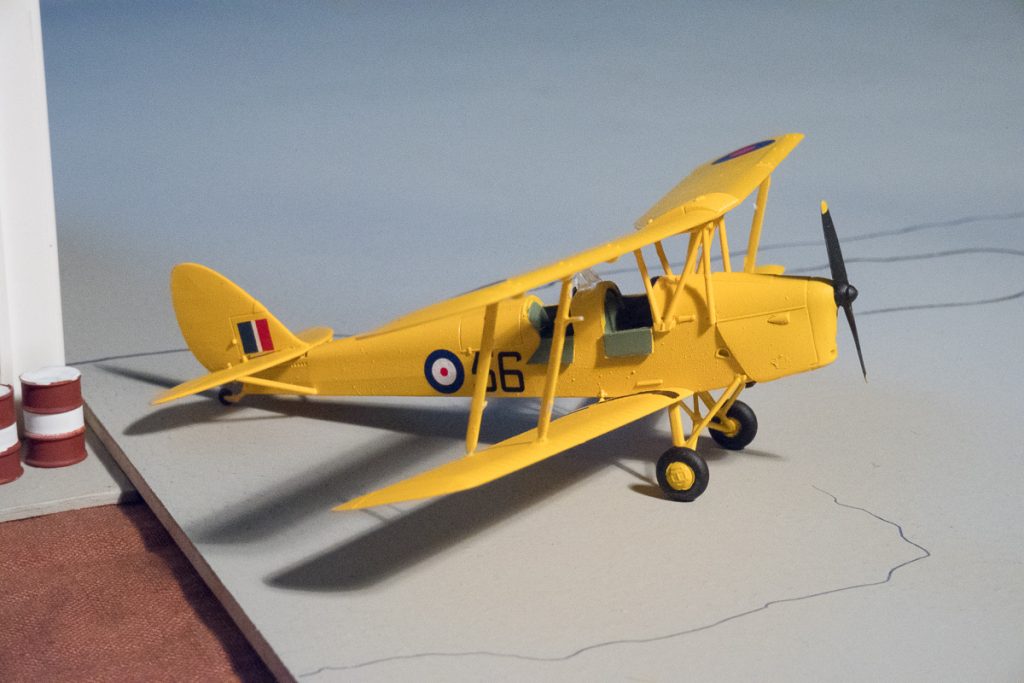 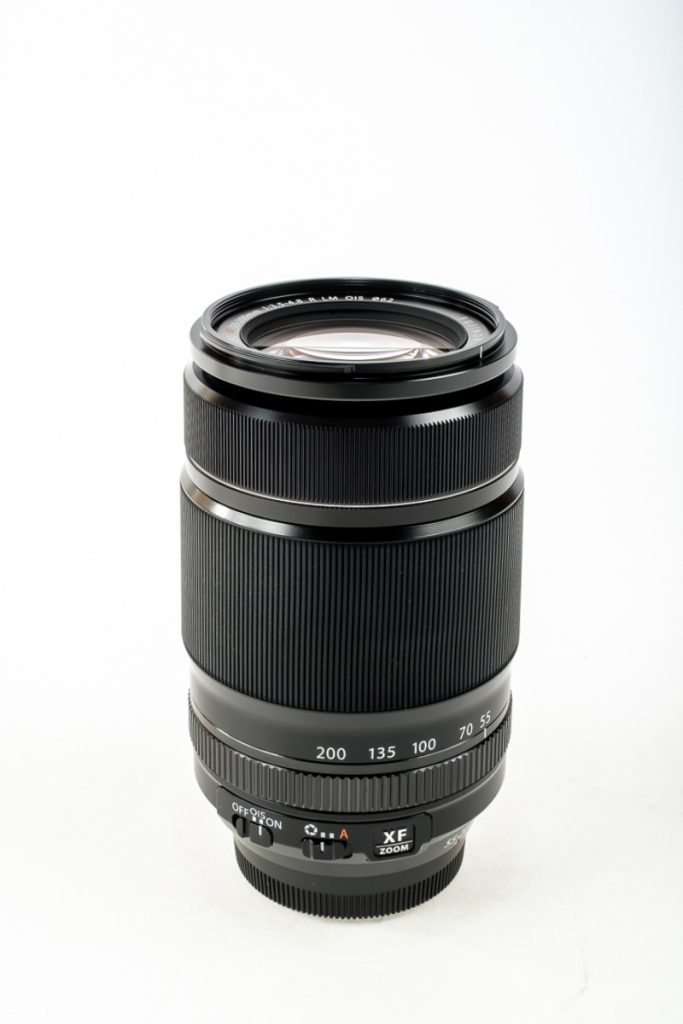 I was in two minds about grabbing this lens off the store-room shelf. You see, I once owned one of them in my early Fujifilm X-days, and sold it off after a few months. I didn’t lose money over it, and the images I had taken with it are still in the storage system, but my experience had been spotty, and I wondered if I could see a different view of it now – and could recommend it. In the event, my fears were groundless – I have a new-found respect for it.

The original lens had been purchased to help me take dance-show pictures. There were times and venues where one couldn’t approach the stage and a longer lens was the only way to get a large enough image of an individual dancer on a frame. It was going to share the duty with an 18mm and a 35mm prime – both large-aperture lenses. The idea sounded good on paper – at the dance shows it was a nightmare. 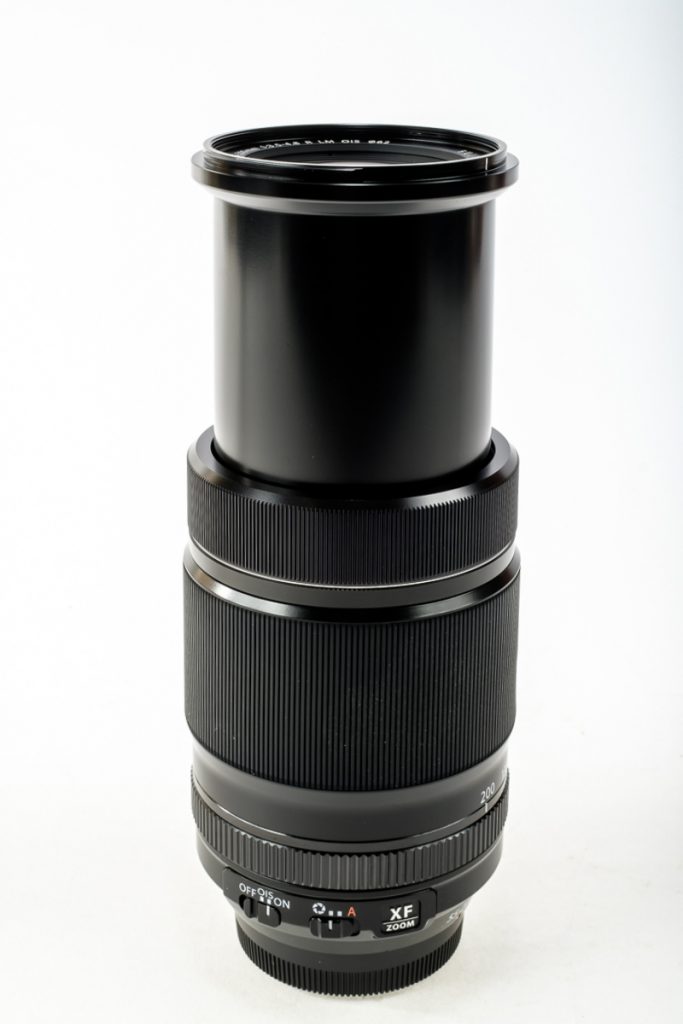 The shows had wide stages and most troupes filled the stage from side to side. That’s where the 18mm was needed. Then teams of two or four split off and walloped around – the 35mm. Finally, you needed the long lens to snipe at the back row dancers who were fighting for exposure. But it all happened in darkness, deafening noise, and at high speed. The idea of continually changing three lenses in the dark, with no way of telling where the index point on the mount was, proved a very bad one. As did the business of the slower aperture on the first-generation X-series bodies. There were many times when nothing was either focused, sharp, or centred, and I was left cold sober and sweating.

Fortunately many of the dance venues were entertainment clubs and that sorted out the cold sober bit. I sold off the 55-200, got an 18-135, and went up in the X bodies until they were able to focus even if I didn’t care to. I added a brilliant Fujifilm EF-X500 flash and now all is fine. I sit there and saw back and forth on the zoom as the stage fills and empties and never have to fumble for a lens in the dark.

Well…it appears that I was. 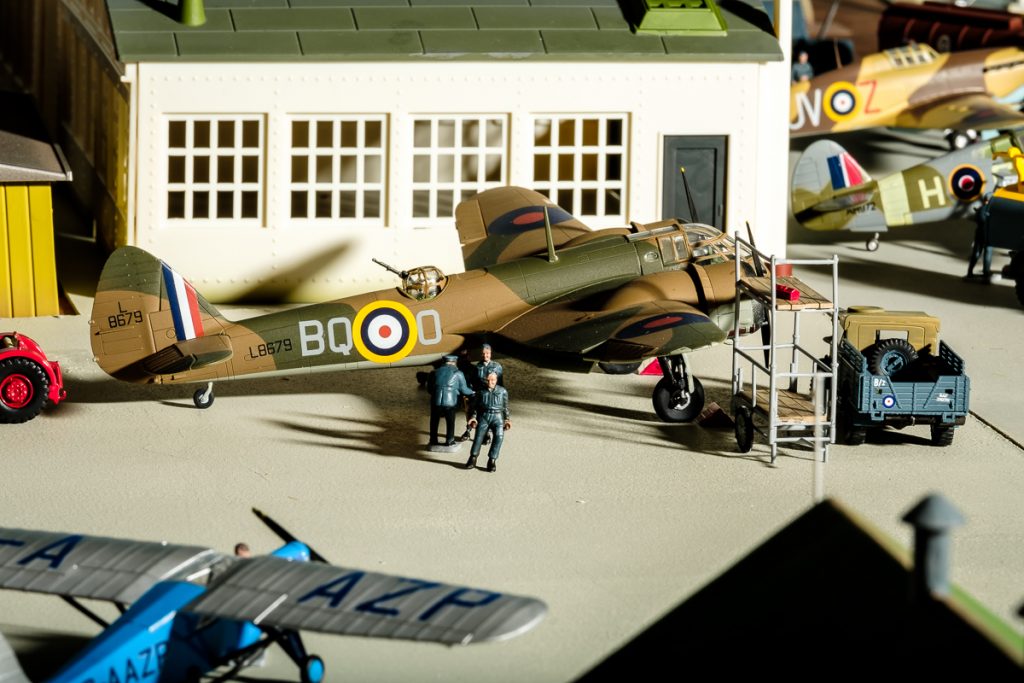 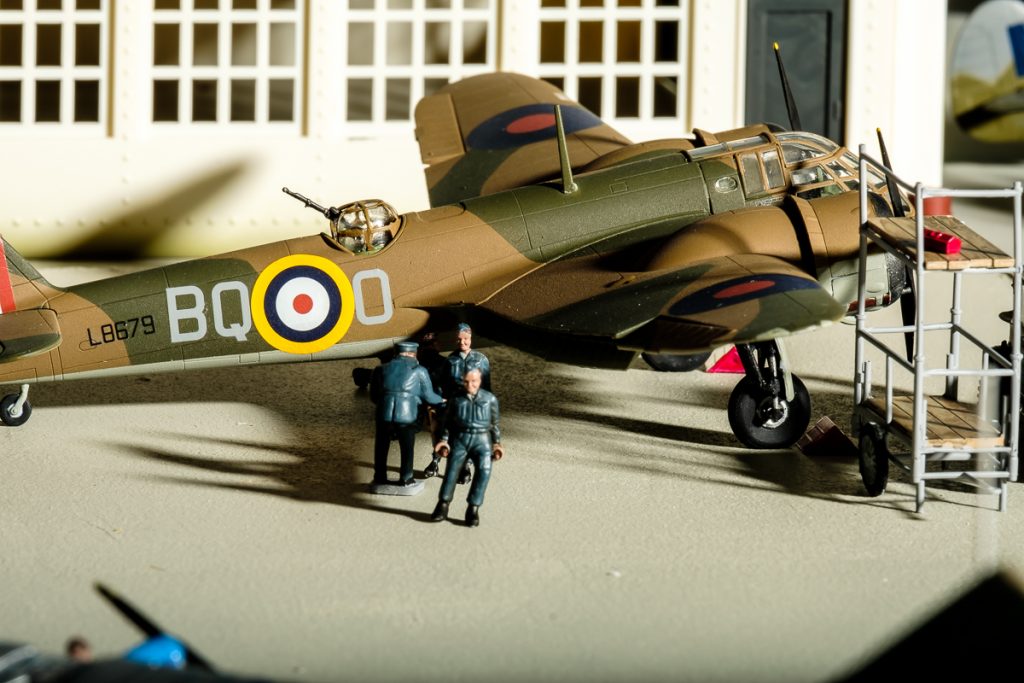 From the look of the tabletop shots of the Bristol Blenheim Mk l, taken at 55, 115, and 200mm it would appear that the lens has real potential. The longer focal lengths give much less distortion compared to wide-angles and the colour rendition is fabulous.

I probably can’t stretch the testing period long enough to take the lens out to the airport for outdoor shots, but in the future I will indeed do this – It promises to be every bit as good on the 1:1 flyers as it is on the 1:72nd.

Who is it for? And where does it fit in the Fujifilm buyer’s spectrum? Think of someone who wants a moderately priced two-lens kit for complete general work and travel. Combine this with the 18-55mm and shoot nearly everything with confidence. But don’t neglect that good Fujifilm flash.