Black Box Week No. 5 – Where The Black Boxes Really Count 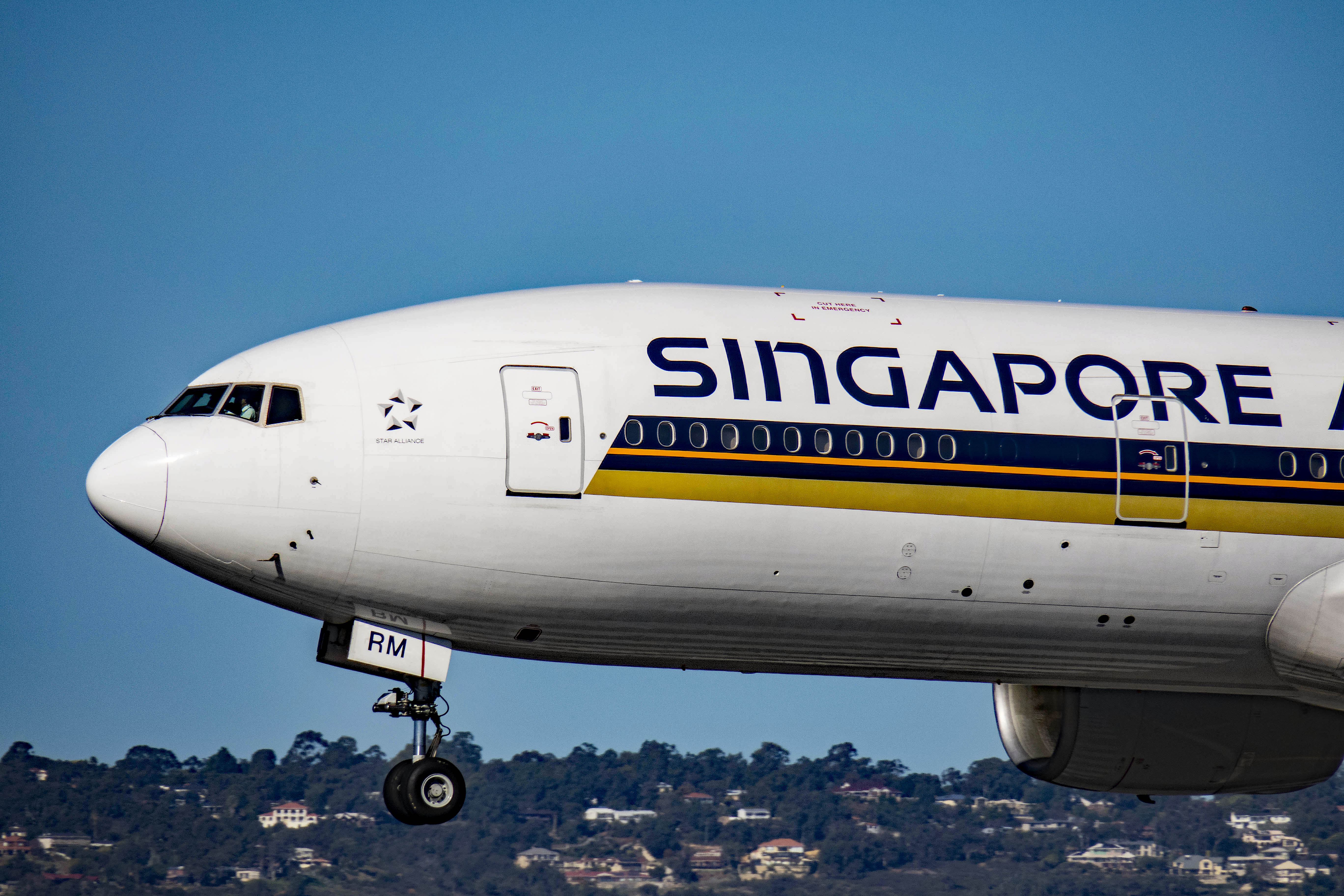 Every time you travel on an airliner there is someone secretly watching. They aren’t watching you…so you can have a that extra glass of red wine at lunch…they are watching the aircraft. Or rather watching everything that the aircraft says and does – every climb or dive, every turn, every radio signal, every thing that the crew say in the cockpit. It’s the famous Black Box that you hear about. Unfortunately we generally hear about it when authorities are trying to piece together the circumstances of an air crash, but I would imagine there are other times when the airlines themselves use the data to help train and improve the crews. 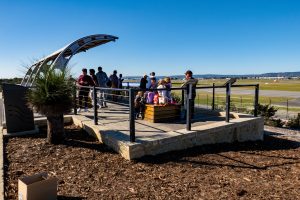 At Perth Airport on a sunny afternoon there is an entire hill dedicated to watching the performance of the big birds. You access it along Dunreath Drive off of the Tonkin Highway and it is easy to get to from both directions. There’s a free car park and a smooth boardwalk up to the platform. And whole families of people make an afternoon of it up there.

Of course, there are the enthusiasts as well. Be careful when you ask them airplane questions. They know the answers. The entire answers. And they live for someone asking them. You may be some time… 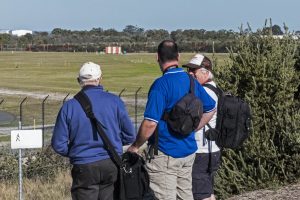 The enthusiasts are armed with a variety of cameras. Big-name DSLR’s with long lenses. Mirror-less with slightly shorter lenses. Enthusiast cameras and some point and shoots. There are tripod setups and video rigs. I saw several chaps and ladies checking arrival and departure times using their mobile phones. 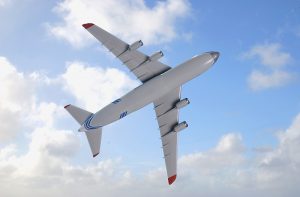 It is like train spotting but instead of anoraks and notebooks, they have Akubras and digital cameras. I’d be willing to bet there are people who camp out up there when rumour of an unusual flight goes through the hobby. I know I joined the crowd when the big Antonov flew in.

My camera case consisted of a CE cardboard box* containing the Canon G3X and the Panasonic FZ300. I’d prepared them beforehand with RAW settings and 800 ISO while leaving the white balance to sort itself out. I prayed that the IS systems would function without any input from inexpert me, and depended upon the AF to do the heavy focussing. This proved both wonderful and awful…but I hesitate to add that it was all according to plan. 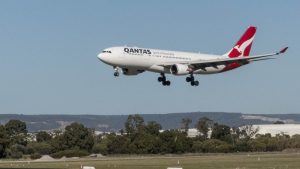 You see, when the planes come in you get to see them as small dots with lights approaching and gradually they fill the sky. The platform is set on enough of a hill to give you a pretty clear view of the approach and landing and the enthusiasts set themselves out in an orderly fashion so that they do not obstruct each other’s line of sight. They are a cheerful and kindly lot. 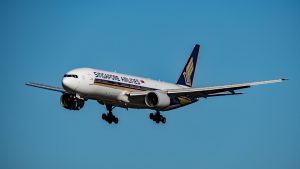 Even with the very long lenses of the two test cameras, the planes are small on first acquisition. As they grow in size the AF mechanism can pick them up more readily, but there is a disconcerting moment as you try to get the screen or viewfinder to see the plane somewhere in the blue. I suspect that wiser hands and eyes than I don’t try to get the thing at maximum zoom at all – they wait until it floats closer before trying to acquire it. I certainly found that about 1/2 zoom was the best compromise for the final flare-out. 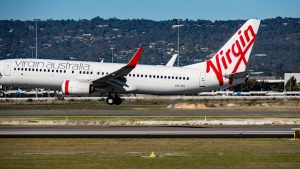 Both cameras reacted quickly. One passing shot was indeed a snap as I was not prepared…yet the result is fine. Of course the images will have all the heat and haze distortion that you would expect on a tarmac in the sun, but the Photoshop program had a remedy for this in a ” de-haze ” command. Use it like nutmeg – a little goes a long way. 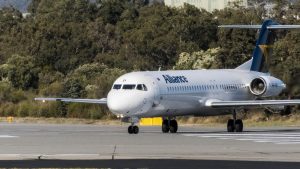 The take-offs were less visible but more audible – particularly the smaller regional jets. One air freighter sounded like a volcano on full re-heat and took about a week and a half to get up off the runway. I’m sure there are tyre marks on half the roofs of Midland from that one. And the crew probably had skid-marks as well… 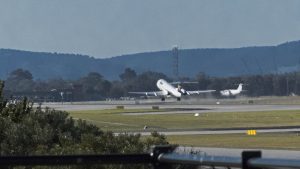 I can recommend the experience for a slightly exciting and thoroughly relaxing free afternoon in the sun. I used it to sort out the question of the cameras that had been bugging me all week. You can see what I mean by the pictures. 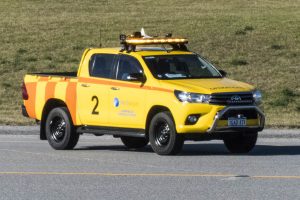 But which camera was which? I thought you would ask. Ah, but that would be telling…

*Latest econo-grunge gadget bag. You can even use a Texta to put a red dot on it…