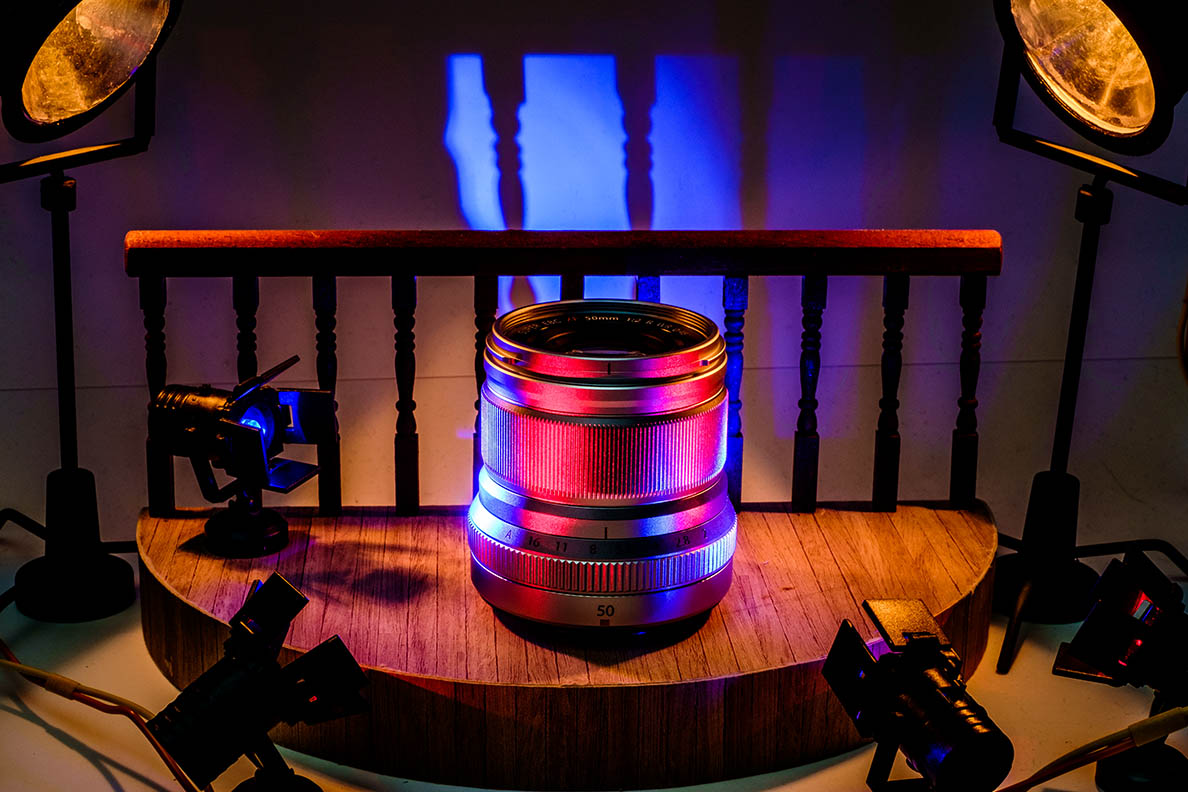 I thought I would let the boys from The Goldfisch Studio* lighting department try out their new portable on-set lights to showcase the Fujinon XF 50mm f:2 R WR lens,, They’re demons for gel lighting over at Goldfisch and I must say I can’t blame them. Even old actors and actresses look good if you can get enough magenta and blue on them.

And the visual appeal of a silver lens like the new Fujinon comes out all the more with the play of colours. The black version of this lens would look perfect with the black Versions of the Fujifilm X- Pro2, X-T , or X-T20, but you just can’t beat the combination of the chrome versions on the X-E2s or the X-T10 or X-T20.

Fujifilm are one of the makers who realise that aesthetic appeal of equipment is as rewarding to some as the performance. Oh,they can try to suggest modernity and brutal professional power in their designs – and that can be a bit amusing if the design includes a lot of plastic bits – but the wisest of the design bureaux prepare several lines for release; the simplistic entry-level, the Spaceship exotic, and the tasteful retro. I can’t tell you which one runs more money back to the respective companies in sales, but it’s probably worth remembering that the people who would most appreciate retro have a good deal of money in the bank. A good retro camera is as good as a good retro roscoe in getting that money out, and a good deal quieter. 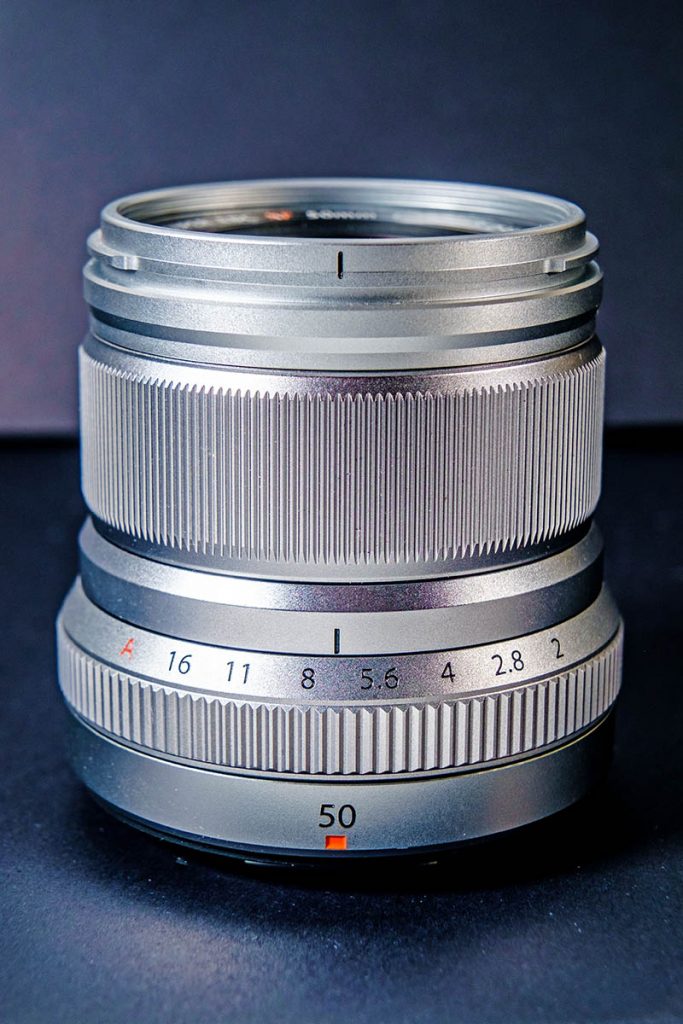 The feel of the average Fujifilm lens is pretty good – once you realise that most of the Fujifilm focus designs involve a focus-by-wire electronic command to the AF mechanism when you are in manual focus. It works fine, but can feel vague. The focus ring here is similar, but the difference that you see when you switch it to full AF is startling. I am used to the 18mm and 35mm prime lenses that were part of the first Fujifilm X-Pro1 offering. They are of a reasonable speed, but may hunt in dark conditions. This 50mm lens is lightning-fast and did not hunt at all.

The aperture rings on some lenses are also a little vague – and in some cases Fujifilm have not marked the stops, though they give you a clear report in the viewfinder or LCD screen. Here there are definite stops – even to 1/3 detents between major numbers. They’re evenly spaced and firm enough to be able to count them distinctly in the dark. Best of all is the feel – the closest I can describe it is some of the best of the Zeiss, Leitz, or Schneider lenses in the film era. It feels so good you want to pick manual aperture all the time just to play with it.

It is not a cheap plastic lens – all metal and all glass. It is even a little weighty, though nowhere near as much as the Fujinon 56mm f:1.2 lens that is the nearest rival. This is a lens for all day.

And tomorrow I will lug it about all day and see what it performs like. I have to give it back at the end of the afternoon, but there are more in the stock shelves with a special price deal on them so you can go please yourselves.

*One of only three Hollywood studios that is still making films with the old material…gluten.