27 Jul Lighter And Lighter Gets Heavier And Heavier

In my digital adolescence - when I converted from a set of top-notch film camera systems to a major maker's enthusiast range cameras - I was amazed at how heavy the things were. If one equated weight with worth, I was getting value. And I didn't hesitate to add to that weight. Hey, I was working in Camera Electronic with all the lenses and accessories around me every day... You may be forgiven for thinking that the Nikon F camera with Photomic T finder and Nikkor-S 58mm f:1.4 lens shown at the top of the page has been dropped into a gravel crusher. Possible, but it's likely that it got that way from harder use - newspaper work with the local photo-journalists. Duncan Dodd acquired it to add to his collection and brought it along for studio illustration - and we got to test it out against a modern digital lens. Well, the Nikon F was a battleship of a camera - hard body and sharp edges, and design decisions carried over from the rangefinder Nikons of the 50's. They look crude now, but they are still working now... We've just seen the closure of the 100 years website that the Nikon corporation drew up to celebrate their anniversary year. It was worthwhile looking at as the corporation had the best stocks of information about their products over that time - and, of course, an immense number of a landmark productions in the time. But what was their biggest landmark for you - what was it for me? Did we have the same experience of the company over that time? I first encountered the brand in 1966 - when I took up amateur photography in high school. It was far beyond my reach financially, but I had no idea why... 25 Jan Dresden Is Not In China

They may be famous for it, but I assure you - the city is in Saxony. And it was the home of the Ihagee camera factory - makers of the little gem you see in the heading image. I first encountered the Exakta cameras through advertisements in Popular Photography in 1965. Oldens in New York were selling them for about $ 79.00 US at the time and it has always rankled with me that I did not send off my money and get a brand new one. To give you a comparison, a new Asahi Pentax Sv camera with a CdS meter was selling for $ 99 US at the time. It was a time of Elvis, dinosaurs, and the 70¢ malted milk in every drug store. The Exakta was the first really successful SLR, and despite the factory being bombed flat and the Soviets stealing everything that was not nailed down, the company did come back for a number of years after WW2 to make these cameras. They are fine machines, if somewhat quirky. I was never able to get my head...

Posted at 23:32h in News by Uncle Dick 0 Comments [social_share]

The biggest news this season is the industry-shaking announcement of the team-up of Camera Electronic with Flapoflex Corporation... 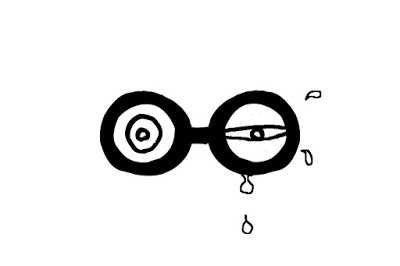 29 Sep Being Left Out By The Designers

Posted at 00:47h in News by Uncle Dick 0 Comments [social_share]

I must preface this column with the statement that I am right-handed when writing and using power tools. I am also right-eyed while shooting a rifle or shotgun. Shooting a revolver involves closing both eyes and waving it about until the noise stops. This is really only effective if if am inside a barn and the doors are shut - I can then hit the barn at least once out of six shots.I wear my wristwatch on the right arm because no-one ever told me not to. It does not seem to affect the passage of time. Round here at 4:30 it drags slower and slower... Posted at 07:50h in News by Uncle Dick 0 Comments [social_share]

If you, like a number of our customers, like to build plastic model kits we have a couple of special things for you. Those jolly jokers in the old Soviet Union ( aka Russia ) have commissioned the Chinese to make a plastic model kit of something that is not a tank or a rocket.The Lomography people have produced the Konstructor kit to make a 35mm film camera - and not just some old toy, either. This one turns out a film SLR with a 50mm f:10 lens. The shutter is capable of operating at 1/80 of a second so you can use it in most normal daylight conditions.It is complex enough - moulded on two sprues with a myriad of  other parts in separate boxes. There's a screwdriver to help with assembly and they quote 1-2 hours to build it.Fortunately the complex mirror box and shutter is a completed sub-assembly that you bolt in - that part would have been hard.It's black, and square, but has a fair bit of tech-looking trim to reward you. It would make a... Posted at 00:46h in News by Uncle Dick 0 Comments [social_share]

If you are a regular reader*of this blog, it is unlikely that you will need this product. But you most likely are a source of inspiration and advice about photography for many other people. Nieces, nephews, sons and daughters, workmates etc. - they all depend upon you to steer them right when it comes to image making.They are fortunate in that you are a real person, rather than just an electronic name on a screen. They can get rumours and rants all day in the photography forums and come away as confused as when they started. Much of what they read will be nonsense pushed at them anonymously - with no way to check up on it. In many cases, you - the real photo enthusiast or professional - are the Snopes for them - you can sort out fact from fiction.So - you've got a student who needs a 35mm SLR to start a Uni or TAFE course. You can send them to the photo markets in Leederville to pick up what they might find - or to Cash...