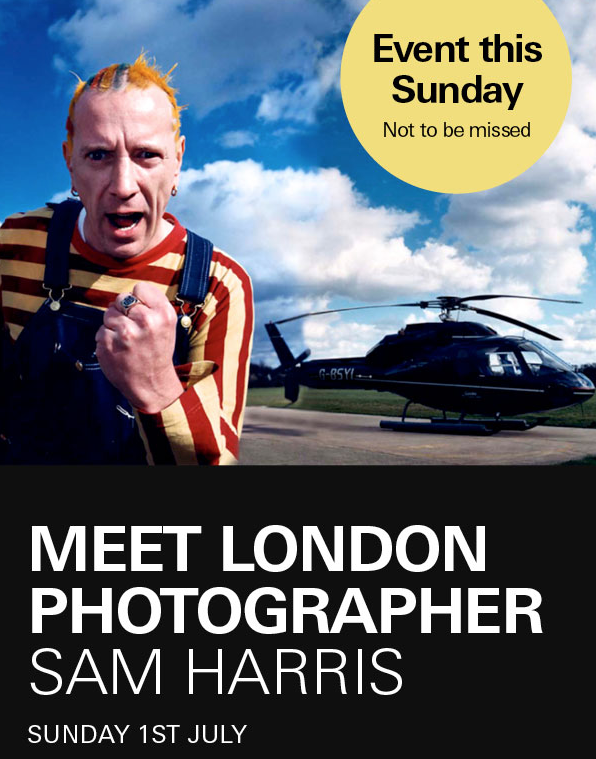 I'm going to have a good Sunday - the one coming up on the 1st of July. First, it's Dominion Day in Canada and even here in Perth we get to drink Molsons and eat butter tarts, eh? And for those of us from Calgary, we get to bag Edmonton. Normally doesn't get better than that. But it does. At 6:00 PM that Sunday I'm going to repair to Shoot photography ( full of Molsons and tarts ) to hear the British photographer Sam Harris speak on his photographic experiences from London to the bush. You may have seen the advertisement for the talk on your CE email news feed or on posters at the shop. He's had extensive press and commecial experience there and here. It's not going to be dear - $ 49 - so you might want to ring up the shop this week and make a booking - it may get crowded out otherwise. Words , pictures, anecdotes, equipment ideas, techniques... 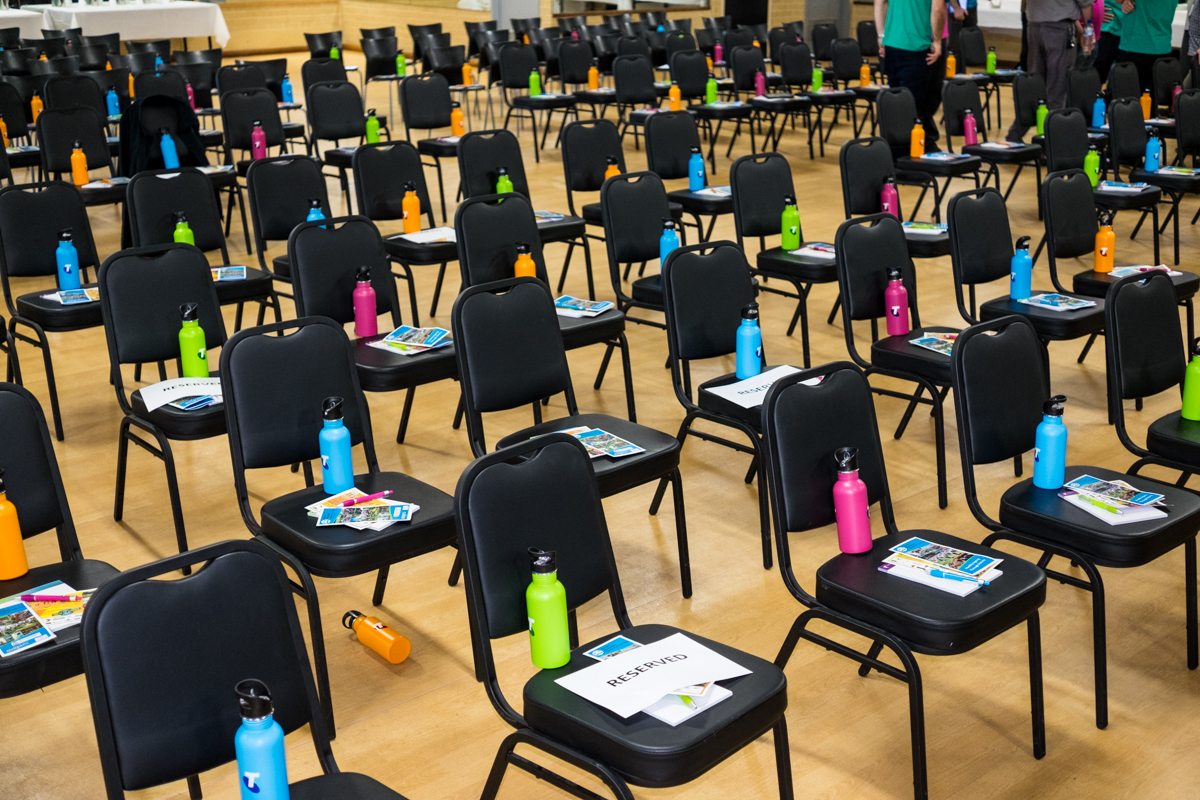 18 Jun The Old Folks Whoopin’ It Up

Or more precisely, the Friday presentation by Telstra and the Seniors Recreation Council Of Western Australia at the Loftus Centre. I was asked by Saul to take a trade stand from Camera Electronic to help out Martin and Dawn Yates and I am very glad I did - it was a lot of fun. The main tenor of the morning was Telstra explaining the new NBN and telephone services - Martin had a good segment on mobile phone use for photography - and it was aimed specifically at senior people. As I is one of them, I can appreciate the time taken and the style of presentation. I tried to do the same for the people who visited our table with photographic enquiries. We ran a free draw-for-a-camera box - and the resultant presentation of a Canon IXUS 185 should make the lady who won it very happy - it will be a good combination of automation and clear photos for her. You can do a very great deal with the modern compact camera that even the professional users of more complex... 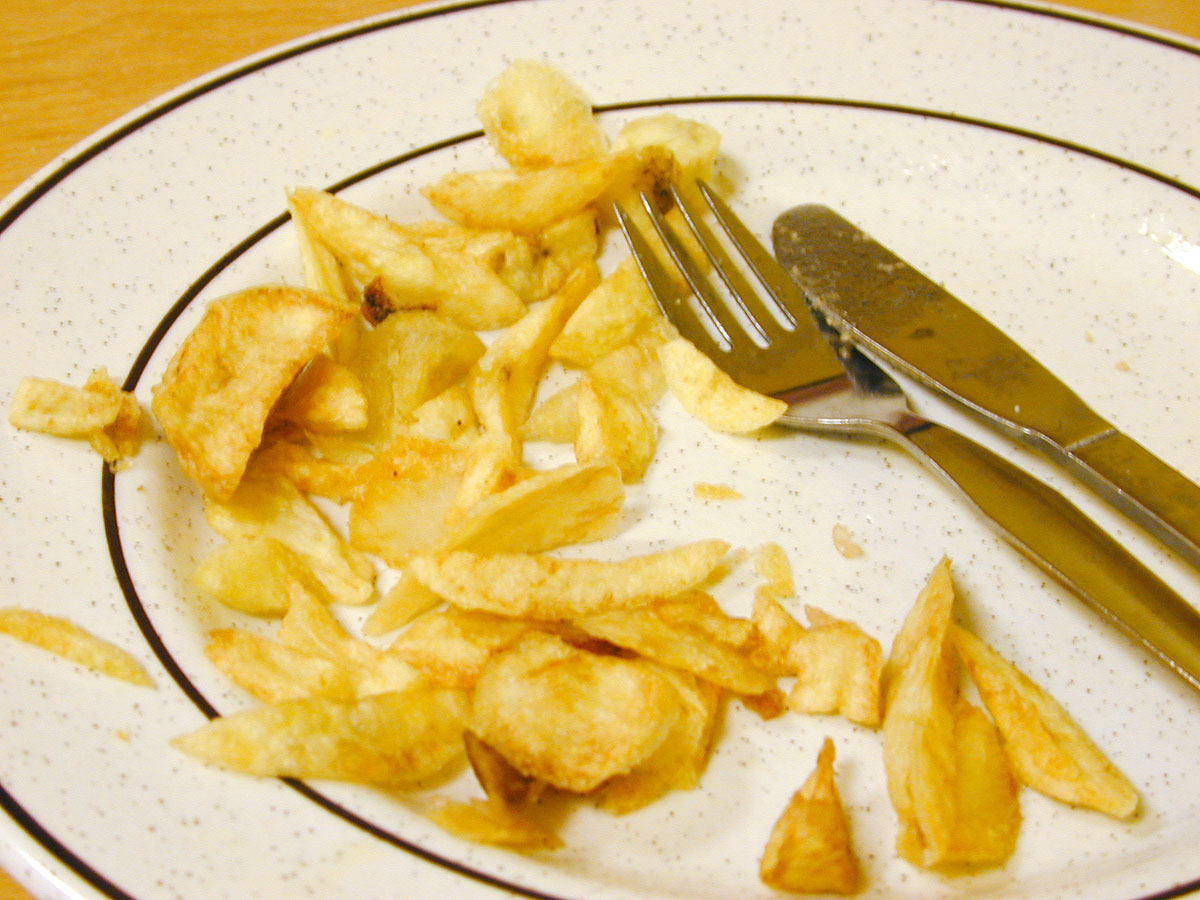 28 Dec Pushin’ Potatoes Past Your Teeth

Did you eat dinner last night? You did? Good for you. Hope it was nice. You ate off a plate? With a knife and fork? Splendid. Because that makes you a candidate for today's column. It proves that you have mastered one of the most important skills of life - nutrition. It suggests that you can also deal with the business of photography on a similar successful basis. You probably won't be taking pictures with the knife, fork or plate that you used for the eating, but you might be using a camera, lens, or other equipment, that is equally useful. The main key to that utility will be familiarity - just as you are familiar with the use of the eatin' irons. This isn't as fatuous a statement as you might think. Every day in Australia camera shops send clients out of the door with items that are unfamiliar - not just hardware, but new concepts as well. The assumption is that the purchaser will know what to do with it all - in reality they may be bearing away something that... 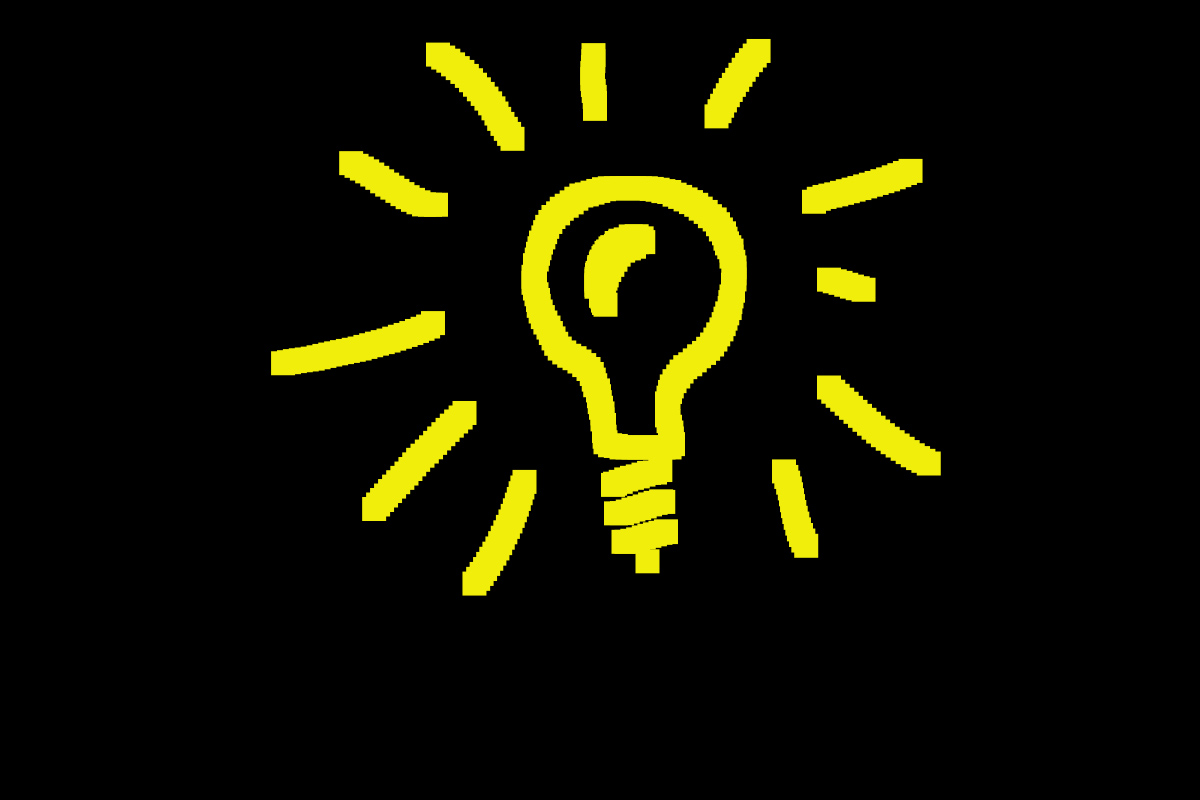 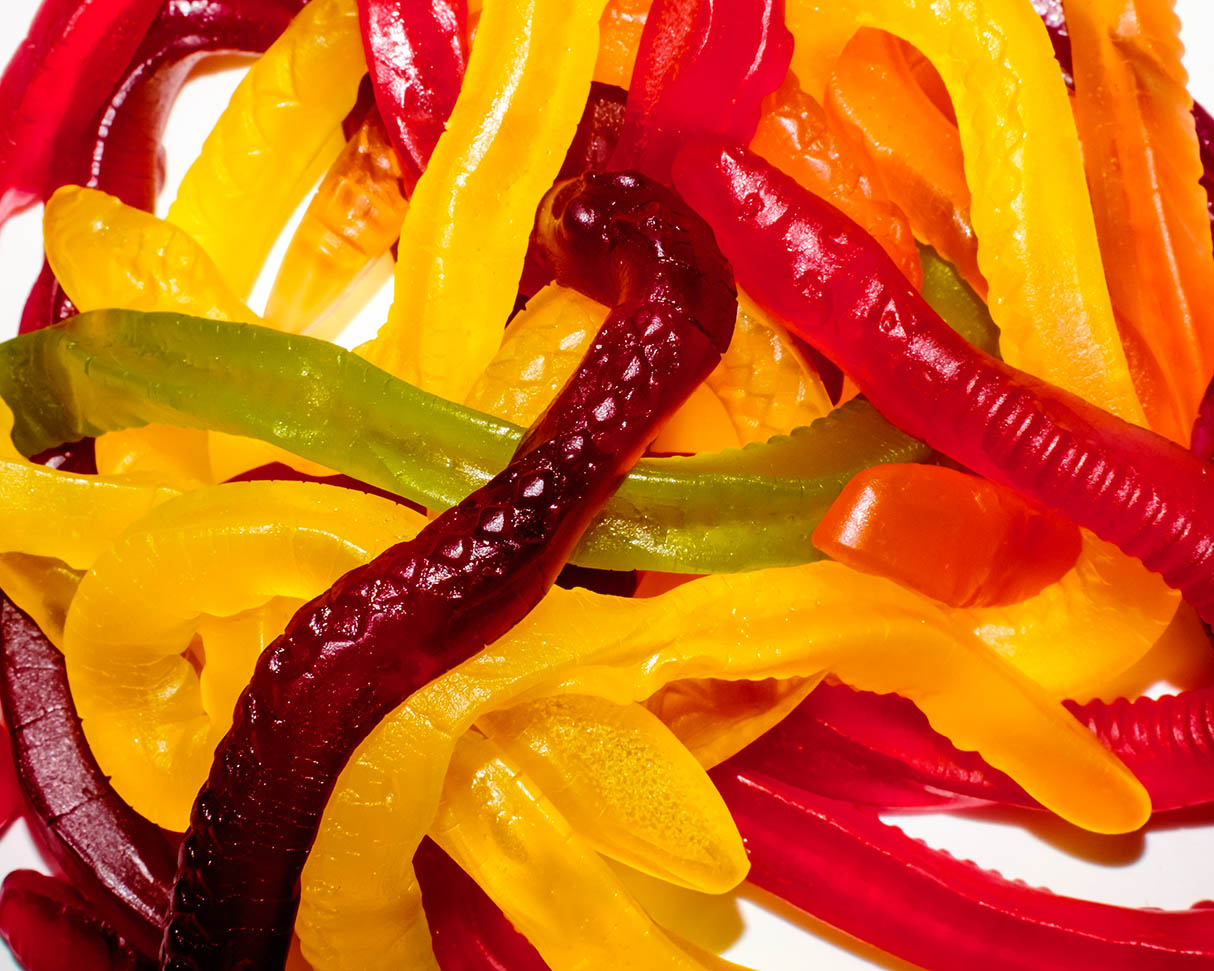 I mentioned my Aunt Minnie and her habit of seeing into every shop downtown - on every trading day. That was quite true, but her circumstances were different from those in the retail camera trade in Perth. Her downtown was in Missoula, Montana and her needs were a lot more modest than those that beset us now. Just as well - her means were probably restricted by the hard times the country suffered. Still, she did the rounds, and if there was something new commercially, she knew about it before 90% of her neighbours. I liken this to the photography enthusiast who attends to the net each day and reads reviews, columns, advertisements, and forums as fast as they appear. Whether or not Minnie's peregrinations did her good or gave her happiness, I do not know, but the desperation that attends some camera fanciers now makes me nervous of it. Minnie did have a job for a long time in a confectionary factory as, of all things, a chocolate dipper. A person skilled with hand and eye in the making of nut... 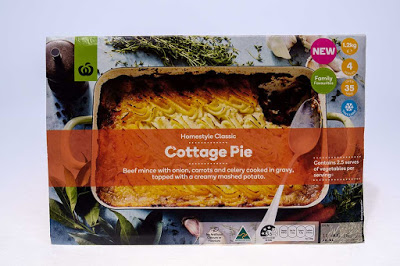 Posted at 23:00h in News by Uncle Dick 0 Comments [social_share]

Well, it's not as bad as all that - and not as biblical either. But you might like to study the picture in the header and then read on.We bought the frozen cottage pie from our local Woolworths branch and cooked it for dinner last week. It was excellent. Perhaps a little blander than the home-made version I cook myself, but it did have a a lot of vegetables, meat, and gravy and a good thick layer of mashed potatoes on top. It took an hour in the oven but it was worth the wait for dinner on a cold night. I can thoroughly recommend it to anyone.Anyone except a food photographer, that is. And graphic designers might like to avert their eyes as they slide the cover off the tray. The problem is not the pie - it is the advertising on the wrapper.Many of the elements of design on the wrapper are there for a good reason; the nutrition information, the ingredients list, the bar code, the cooking instructions. They have not gone overboard with hype - nearly... 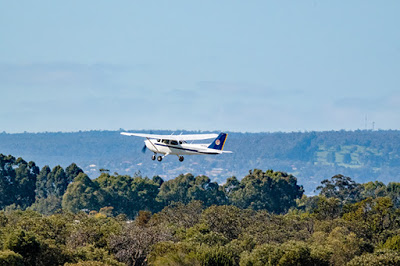 14 Sep Freeing The Bird From The Nest

Posted at 23:30h in News by Uncle Dick 0 Comments [social_share]

Awwww. that sounds so romantic, doesn't it. This should be a meme on Facebook with tiny bluebirds and hearts... 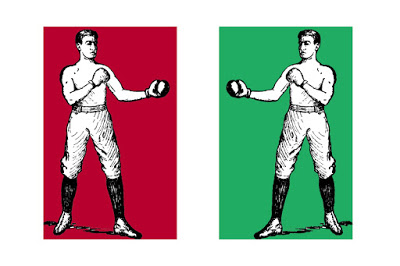 01 Sep Photoshop Vs Lightroom – The Battle Of The Mentors

Come to Shoot Photography in September of this year! See world-renowned photo mentors Adam Monk and Christopher Fulham slug it out file-to-file for the title of Adobe Heavyweight Champion!Be chair-side as the referee steps back and they reach for the sliders! Cheer as the saturation goes wild! Gasp as the curve goes off the screen. Thrill to the sharpening!This is one artistic RGB bloodbath you won't want to miss! Ring Shannon on 9228 8232 and get your tickets!Thank you for reading this far into the column. Now we can reveal that Adam and Christopher are going to be teaching people about two entirely different Adobe products - Adobe Lightroom and Adobe Photoshop - and that they are going to be held on different dates and that they are not really going to be fighting with each other. The two programs are intended for different purposes - and while there can seem to be some overlap between them, they really address separate needs. But here is the interesting part:You can really benefit by learning BOTH programs.I have. Or, I should say,... 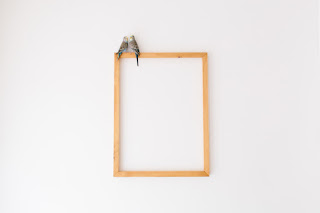 Posted at 23:30h in News by Uncle Dick 0 Comments [social_share]

At the risk of sounding like a Me-Too blogger, I wish to draw attention to a course being run by the Shoot Workshops next door. It is a workshop on Picture Framing and will be run by Aaron McPolin on Sunday, the 4th of September - not that far into the future.The workshop costs $139, but this is the sort of thing that just does not come along every day. In fact, I would be prepared to say that in Perth this does not come along ANY day. It is the chance of a lifetime for some of us.We all make files. We all make images. Some of us make pictures. Few of us make pictures that hang on walls. And damned few of us make pictures that deserve to hang on the walls.Part of this is the files, part of it is the images. After that a great deal of it is the aesthetic that either supports or condemns the image. Here is where Aaron may be able to offer the insight to help us improve our pictures.The blurb... 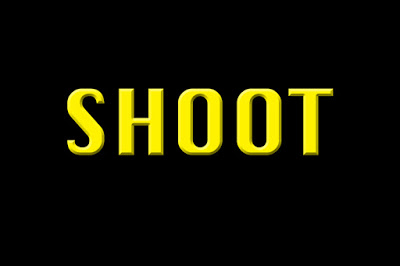 Posted at 00:45h in News by Uncle Dick 0 Comments [social_share]

If the idea that you are a marketable commodity is a little startling, consider this; you buy things every day that are the essence of other people. Clothes, perfumes, wines, air compressor valves...