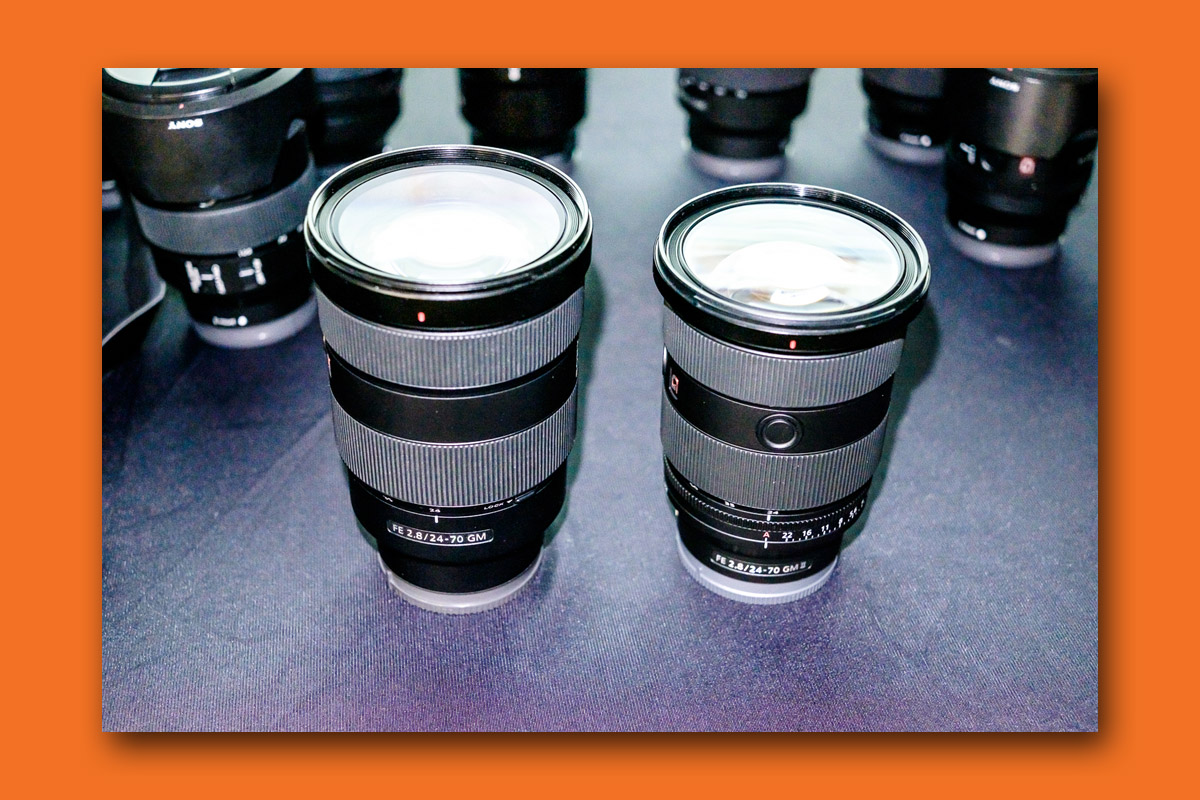 And let us praise Sony for their design department. I often suggest simplicity to photo enthusiasts when they start to get complexes about complexity. Ditto when it comes to frugality. And the third part of the good-idea trilogy is lightness. Very often we are carrying enough weight in our photo gear to hurt by the end of the day - and a lot of professional days go a lot longer than 24 hours! Anything we can do to cut the burden is a good idea. The new FE 24-70 mm f:2.8 GM lens from Sony carries a Mk II designation on the barrel, but it is easy to see the differences from the outside - the lens now has a dedicated aperture ring  and is considerably shorter that the Mk I version. That, and the complete redesign inside with new lens configurations and materials, make it 200 grams lighter than the first type. It is now notably sharper and faster as well, and has conquered the bugbear of chromatic aberration. The first version was a continuation of a DSLR design, but this new...