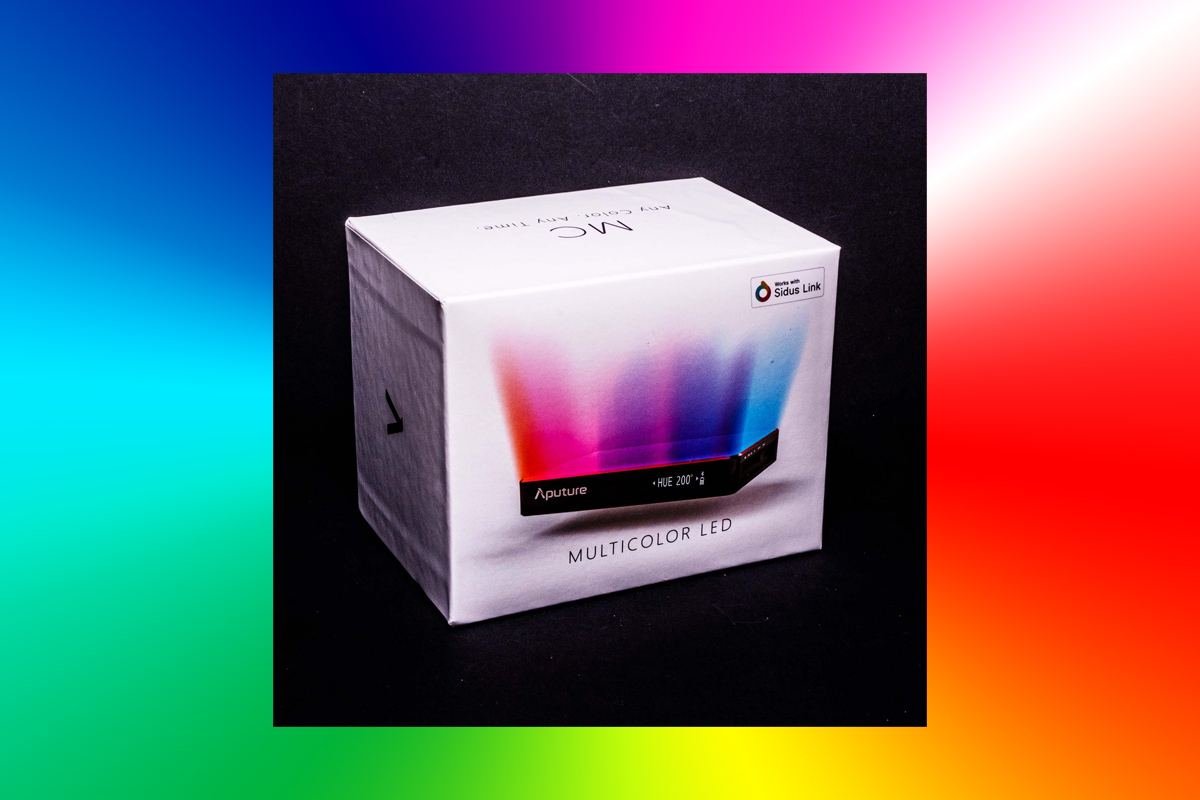 You may recall the movie or the song, but remember that every studio needs stands. Camera Stands, light stands, hot dog stands. ( well photography makes you hungry. ) General Custer used to make stands, but his last one was somewhat of a failure. I went looking in the Stirling Street shop for economical stands for the new video venture. Not for me - I have 6 or 8 Manfrotto light stands of various types and they have never failed me. I have a Gitzo tripod that is the same - and a home made studio stand that hasn't fallen over yet. I'm okay - it's my dancer model who needs to build up a dance studio set at her own home. And not at high prices. Could we do it? a. A tripod is needed. I don't care what the adverts show you about putting a mobile phone on a light stand - if you have to support it on the ground and it has to be at least up to navel height, you need a proper tripod.   The INCA tripod I discovered... 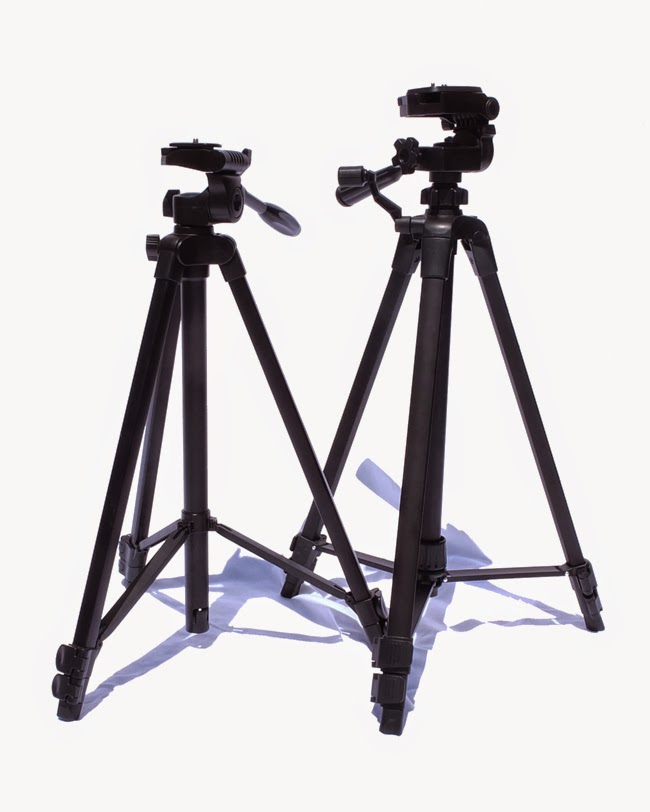 Posted at 01:32h in News by Uncle Dick 0 Comments [social_share]

Comrades.The cause of Photographic Steadiness and Proletarian Imagery will be advanced this week with the Camera Electronic sale of tripods. These are little devices that are easy to operate at a reasonable price - you do not need to pay $ 5.5 million dollars for them and they do not need an army of red-coated French technicians to make them work... 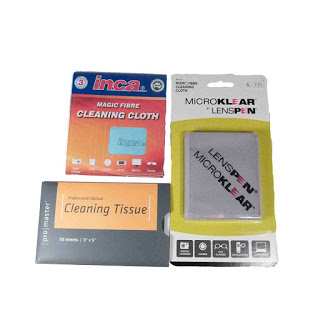 Posted at 01:06h in News by Uncle Dick 0 Comments [social_share]

Those of you old enough to remember the 1970's may remember where - that - line comes from.The real reason we are featuring lens cleaning products is that we have so many of them and you all need them. This town is full of dirty glass, as any day at our or repair counter will attest. The wise people have dirty filters on clean lenses and the foolish people have dirty lenses, but that is another tale - today it is the question of cleaning glass.Firstly - do not get it dirty. Use a lens caps and keep your fingers out of the lens hood -and if you are subject to environments that are dusty, brush or blow it off the glass with a blower or a soft brush. If the environment includes oil, fingerprints, dog nose prints, or fragments of egg-salad sandwich with mayonnaise, you will have to go on to the active cleaning.Look at the head and tail images. These products are all designed to get after those heavier contaminants. You'll see three packets of dry lens tissue... 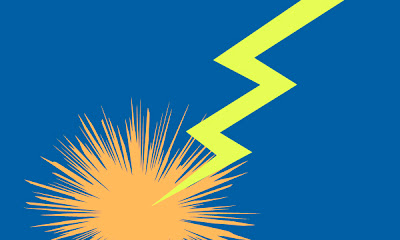 12 Jun Power To The People – A Battery Of Chargers

Posted at 01:30h in News by Uncle Dick 0 Comments [social_share]

Here in Australia there are only three common items to be found in every hotel and motel room - a bed, a Gideon's Bible, and the camera or i-phone charger from the last occupant.We get calls daily from people desperate to replace lost charger. The variety of different batteries and charger blocks produced by the various manufacturers precludes having one of everything available at short notice. Indeed, some cameras have long outlived the production of their chargers.The answer has been the Inca and the Hahnel universal chargers, They can be configured to stuff electricity into nearly all batteries - with some exceptions in the Sony range and in some of the newer Canon professional batteries. You generally just drop the AA or AAA cells into the tray or manoeuver the Li-on block onto the blades and let it go for an hour or so. We use 'em all the time here in the shop.If you just need to do AAA's scoop a couple of the INCA chargers out of the $ 1.99 bargain bin near the door. There are 4... 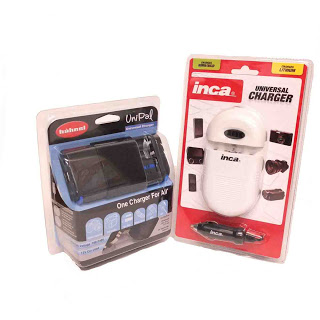 18 Dec Have Youse Guys Got…Hahnel and Inca and Hoodman

Posted at 01:46h in News by Uncle Dick 0 Comments [social_share]

"Have youse guys got a charger for my camera? And a plug-in thing to go to the computer? I need one by Friday 'cause I'm goin' on holiday."Sometime in the future when archeologists are digging down through the strata to find evidence of civilisation here in Australia they are going to run into a thick layer of digital camera chargers and computer cords - lain down by people who put them in a very safe place - a very safe place indeed - or who leave them on the nightstands of hotels all over the country.This is evident from the number of enquiries we get each day for their replacement. With the exception of the Flapoflex company, who have foreseen the problem, all other manufacturers are well behind the times. They supply one each of these articles in the new camera boxes. Flapoflex has realised what their customers are capable of and have decided to supply a sausage of chargers with each Flapoflex digital camera - rather like a machine-gun belt. You lose one charger and just rotate the next... 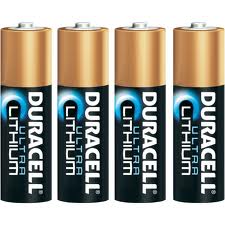 Posted at 06:14h in News by Uncle Dick 0 Comments [social_share]

I failed to fail yesterday, but it was a near thing. Had I not been forgetful, and cached some spare equipment in my kit bag, I could have been up a greased pole without a paddle. Or a mixed metaphor, for that matter.It was batteries, you see. A couple of weeks ago I purchased several sets of lithium AA cells from a supermarket so that I would have spares for a wedding shoot. I already had Duracells in the flash units but better safe than sorry. The supermarket did not have Duracells so I took another brand. As luck would have it the Duracells had plenty of power for the 700+ shots at the wedding. Well and good.Yesterday I set out to do a dance shoot and thought to change the flash batteries for the new sets just to make sure. Up on the platform, shooting away, everything as per normal, and then the new batteries - supposedly 8 x normal capacity - packed it in. I got less than 70 shots before the flash gave a warning sign on...