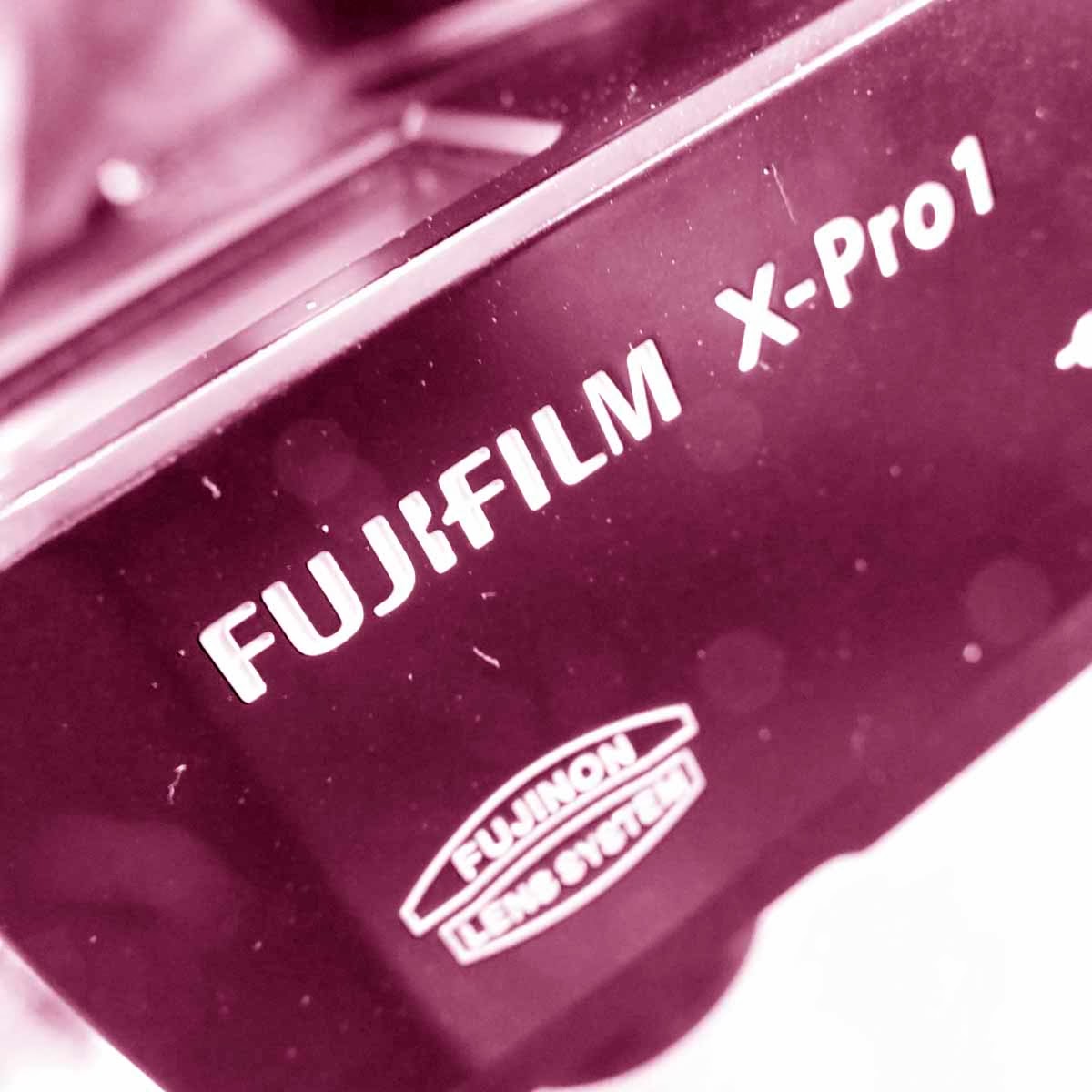 Posted at 02:54h in News by Uncle Dick 0 Comments
Share

What!How Dare You! I'm not that sort of a blog!Well, actually you are - because I was talking about the largest of the Fuji mirror-less cameras - the Fuji X-Pro 1. The people at Camera Electronic have a special going on them right now - you can get a body for $ 998 or a body and lens kit at $ 1498. It is likely to be the best Fuji bargain you will get for a long time.And it is the sort of bargain that develops into a real love affair. I'll make no apologies - I'm the Fuji fan here in the place - I own two of their cameras and am sorely tempted to make it three... 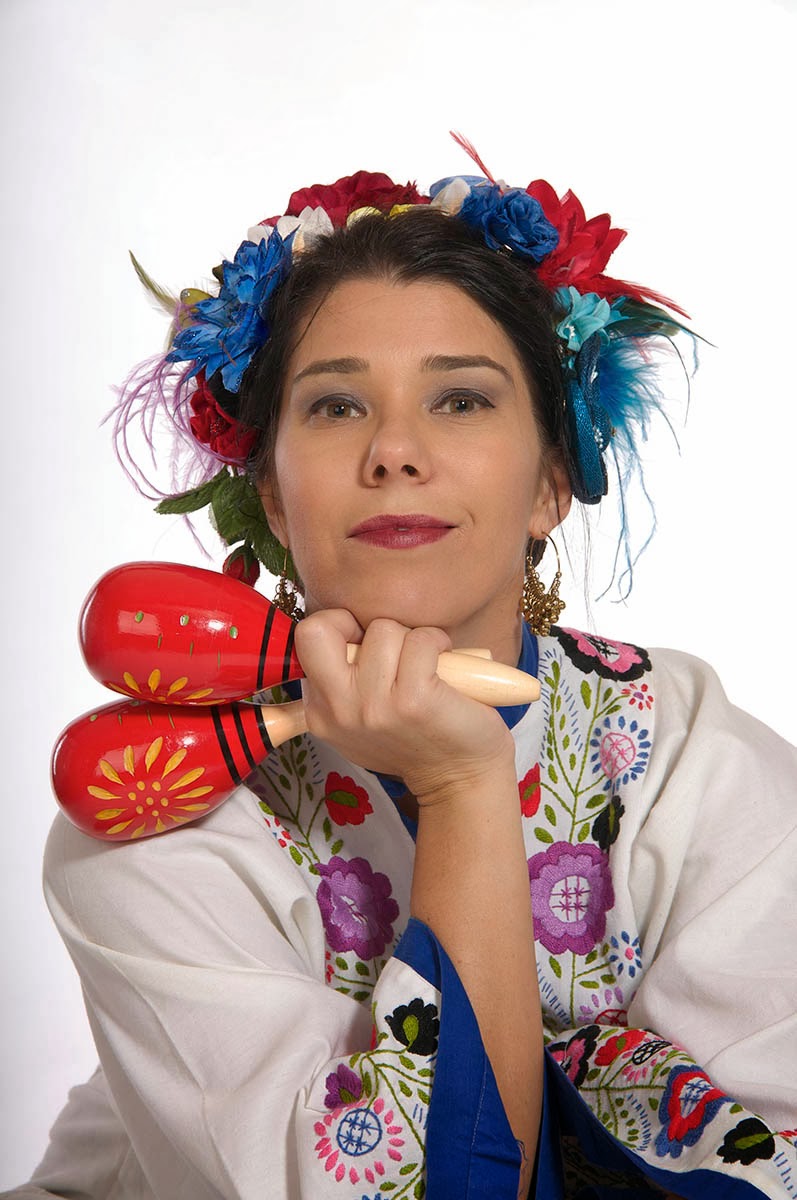 07 Jan Living In The Moment – Any Moment At All

Posted at 02:09h in News by Uncle Dick 0 Comments
Share

HCB had the Decisive Moment. In fact, I think he patented it. For years no-one in Europe could leap over a puddle, kiss someone, or glance anywhere without Henri popping up and clicking away. I am surprised he did not get shot himself, and not with a Leica, either.Everyone remembers the phrase," the Decisive Moment ", and then tries to apply it to the last lot of shots they took wandering through hay Street on a Saturday morning - hoping to discover gold. They are lucky if they find iron pyrites... 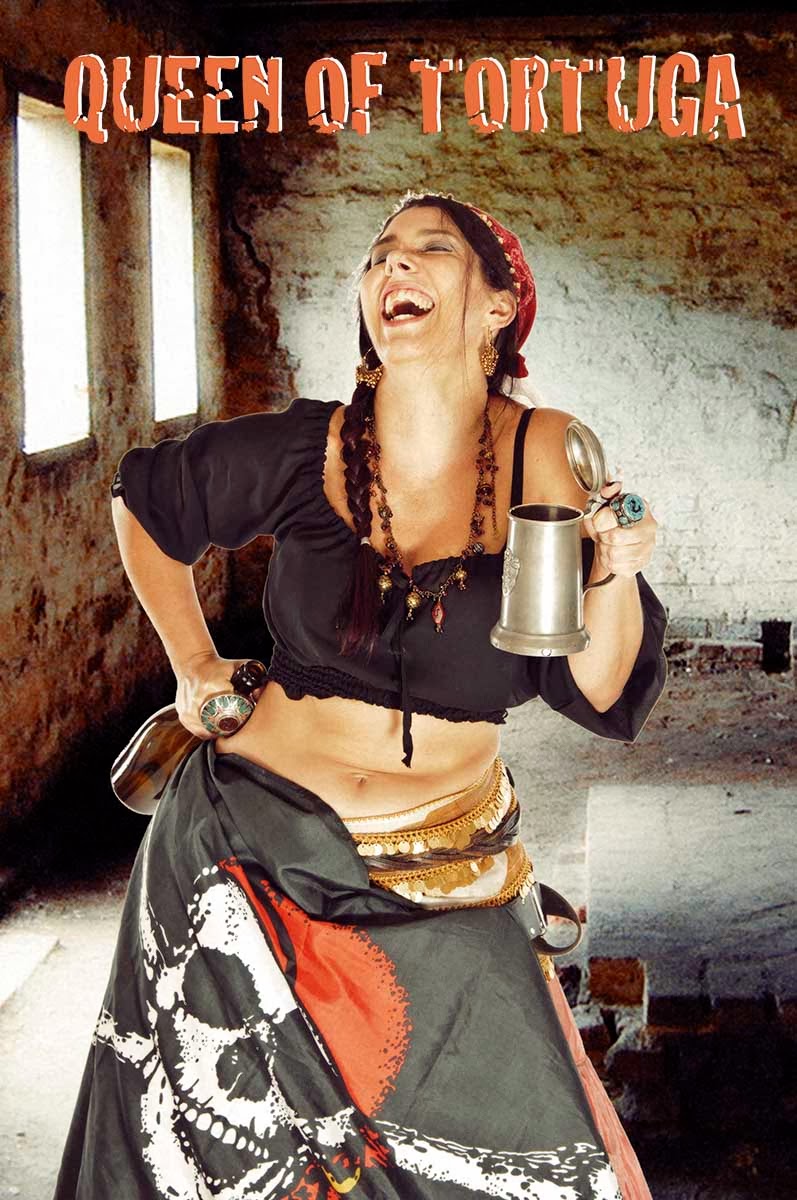 Posted at 01:38h in News by Uncle Dick 0 Comments
Share

The International Talk Like A Pirate day came and went last year and we arrrred for all we were worth. In some cases it was about 56¢ worth... 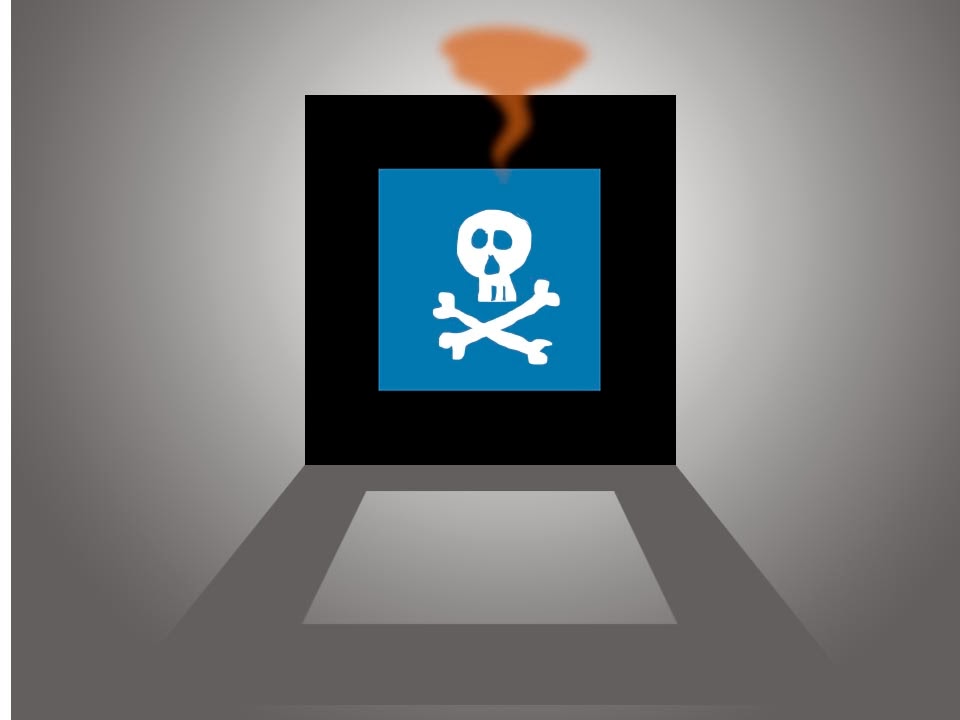 I can never do that business where you switch off the computer and then switch it on again to solve a crash or other issue without thinking that there is some sort of fraud going on.Either the computer is playing with me, or the software writer has dug a tiger pit in the programming, or I am the fraud. I am grateful when the thing powers up and comes back to the same place I left it, but there is still that nagging suspicion that something is dreadfully wrong.I see the same thing occasionally with cameras that are brought to the repairs department. The user has discovered some pattern of commands that bamfoozle the camera and cause it to lock up - sometimes these are resolvable by the switchoffswitchon method and sometimes they are not. Our techs can deal with it but sometimes even they are left waiting - as the exact combination of confused commands that push the electronic signals out of their normal channels may be difficult to reproduce.And occasionally the manufacturers issue their firmware updates and coyly... 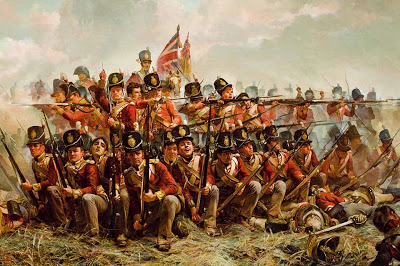 Posted at 01:33h in News by Uncle Dick 0 Comments
Share

Every infantryman knows the term "manual of arms". It is the ritualised instruction and actions that enable him to operate his weapon in battle. In the days of the arquebus, musket, and rifled musket these actions were taken in concert with others in a line - the whole effort was intended to produce a smoothly and rapidly operating apparatus of death that could be rolled over opponents. The manual was generally done standing up, and it was worth learning as armies that were good at it got to go home  at the end of the day - still standing up.It would be well if the photographer who will be in a similar situation could apply the same discipline. First learn what can be done, then learn how best to do it efficiently, then practise this operation until it becomes automatic. It might not be a good idea to roll death down on the average wedding or school sports carnival but the idea of efficiency can never go amiss.This means going into battle... 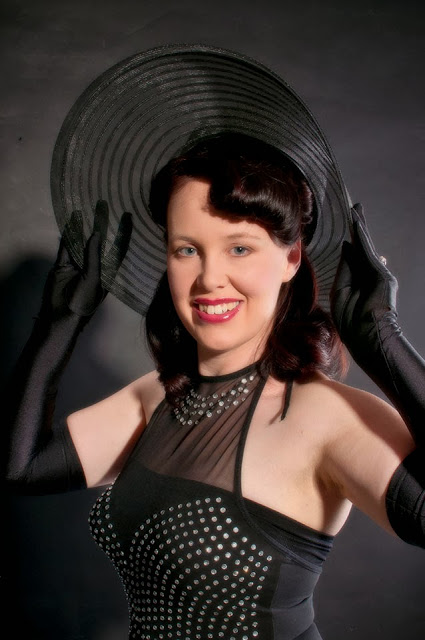 Posted at 01:42h in News by Uncle Dick 0 Comments
Share

A few months back one of the piles of discarded props at the studio shifted and collapsed on the cleaning woman. Poor thing - she had a family. One day we'll have to clear the pile and send them whatever we find under it. Closure, you understand... 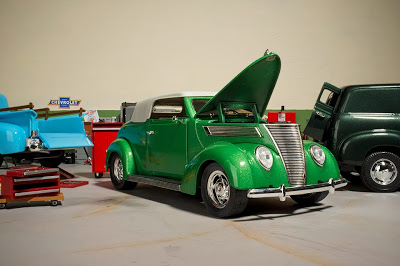 Posted at 00:47h in News by Uncle Dick 0 Comments
Share

The Model Garage is a small gas station in Wet Dog, Alberta that plays host to lot of Central Alberta's hot rodders. Actually you can read that as farm rodders, as this section of the province gets a lot of specials that are built locally - as well as visitors from Calgary and Edmonton. It isn't that far from Ponoka so Edmonton people can call in on their way down to visit their folks... 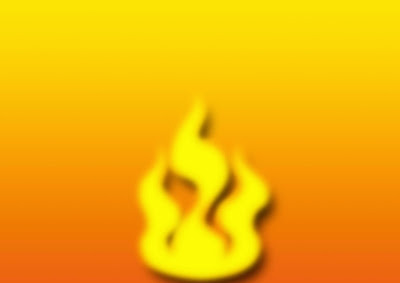 Posted at 04:16h in News by Uncle Dick 0 Comments
Share

I noticed that some of the shops in town were deserted last Saturday - and this was two weeks away from Christmas. Even accounting for the effect of on-line shopping and suburban shopping centers, this seemed odd. Then I stepped out into the sunshine and realised what it was all about.West Australians have become afraid of their own sunshine. Back in 1964 when there was Elvis and Lightburn Zeta motor cars... 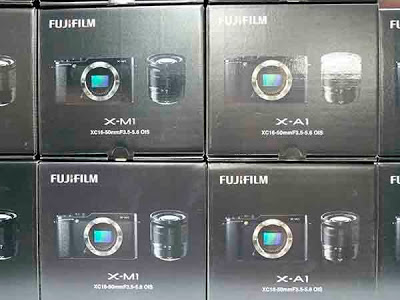 12 Dec That Damn Wall Is Back

Last year you will remember that we constructed the Great Wall of Olympus on the shelves behind our sales counter. We had a solid barrier of Olympus micro 4/3 cameras in boxes on sale. For months we could not get to the items on the shelf  - in fact we think one of the smaller staff members got trapped behind ir. There were noises and cries for help. They got fainter as the days wore on and eventually stopped. It was along about that time the smell started... 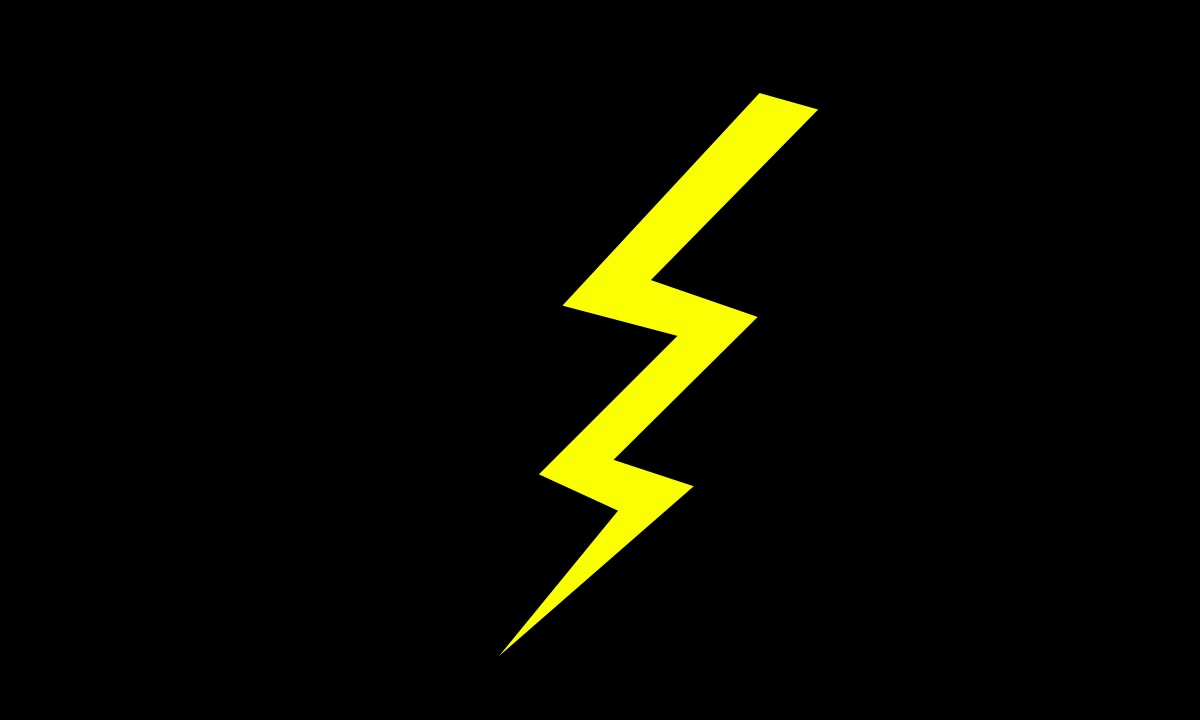 Posted at 04:30h in News by Uncle Dick 0 Comments
Share

A few nights ago one of our photographers was using a very good little flash to assist his nighttime shots. He got great results but I could tell he was frustrated with the time required to recharge the flash between shots. I wasn't surprised - the flash only operates on AAA batteries. It is s great little unit but it is asking a lot of small cells when you flog them through a series of shots.I find something of the same with my main portable flash - the Nikon SB 700. It fortunately uses AA batteries and I can put lithium cells in it, but even here there is a real problem of the cells getting hot as they discharge and somewhat slowing down. In the middle of a dance show I have to eject one set and let it cool on the floor while a fresh cold set go it. Granted you can get 600+ flashes from a set of batteries but you have to juggle things.I was struck by a thought about the design of the guns and...