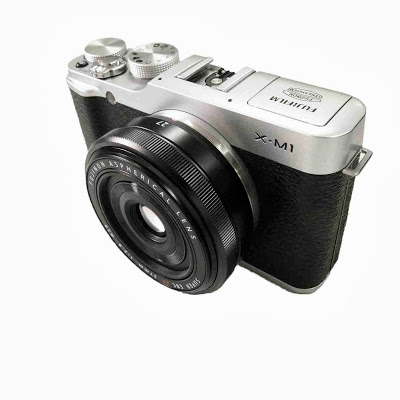 Posted at 03:57h in News by Uncle Dick 0 Comments
Share

I'm always banging on about tourists doing tourist picture taking with comfortable cameras - not taking 500 Kg of lenses and bodies on their back when they are trying to go away and relax. I cringe to see them at the airport under a backpack with bulging side pockets - trying to look nonchalant as they attempt to smuggle the 600mm tele lens into cabin baggage. " It's a water bottle, love... 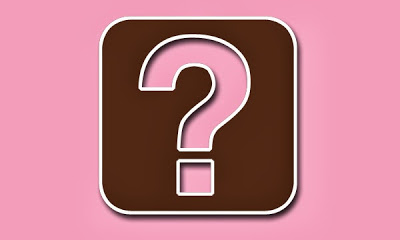 Posted at 05:49h in News by Uncle Dick 0 Comments
Share

A day of discoveries.I use the Fuji X-10 and am delighted with it - should I lose it under a steam roller or over a waterfall I would replace it with the Fuji X-20. Same ease of handling and compact size - improved sensor action and in-bult cutoff for the back screen when you bring it to your eye. Same bottle - new wine - great flavour either way.BUT.The Fuji X20 flash unit is another thing. It is a small external flash unit that claps onto the Fuji shoe and locks there. It is necessary for the Fuji X-Pro1 as that camera does not have an on-board flash tube. But it can also be used on the X-10 easily. You just find the menu setting to enable external flash and set it on and blaze away.When I tried to demonstrate this ease of use to a customer I could not get the external flash setting to appear - it was greyed out. The customer was frustrated and so was I. He wandered away to find another salesman who was younger,... 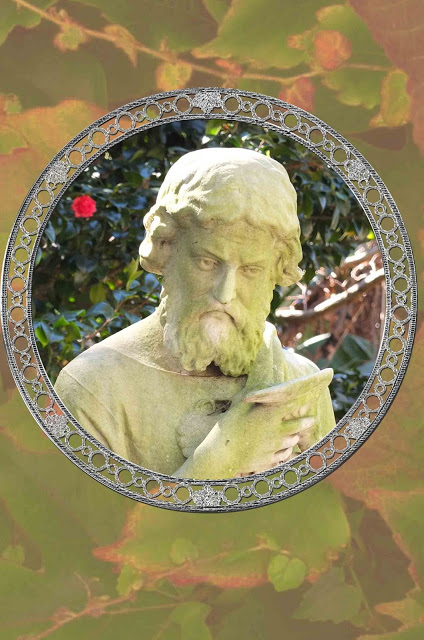 19 Sep The Demise Of The Catalog – And Its Resurrection

Posted at 03:18h in News by Uncle Dick 0 Comments
Share

I loved October when I was a kid in the Canadian bush - the catalogs arrived for Christmas. Hudson's Bay Company, Eatons, Sears, Montgomery Ward.Big thick buy-anything from a .303 Enfield to a baby-doll nightie catalogs were issued once a year and were the basic go-to for all of us out there in the woods. We could write down to Calgary or Edmonton - or over east to the main stores and they would put stuff in the mail or on the next CNR freight train and it would eventually reach us. We reckoned that the Mounties might occasionally lose their man but the Hudson's Bay Company would always get our order to us.Now the Christmas catalogs were thinner, brighter and glossier. They were pointed affairs and it was at us kids that they were pointed. Toys, sweets, clothing, Christmas decorations, and then all the other ephemera of the season that our parents might have wanted to get for themselves -  never looked past the toys but I could let my folks know which ones I wanted ( like, them... 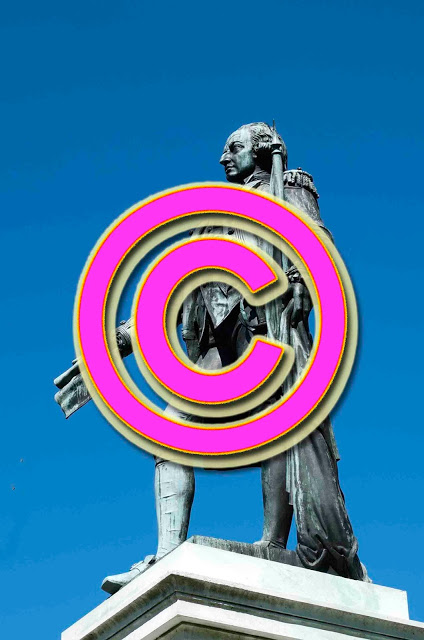 Posted at 01:38h in News by Uncle Dick 0 Comments
Share

And how be we on this fine spankin' mornin' with the wind from the port quarter and the seagull poop on the taffrail? For it be International Talk Like A Pirate Day and ye can finally let loose yer spanker. My spanker is home doin' dishes. Aarrrr.And how can we, as pirates, ensure ourselves against the piracy of others? For mark my words, there be monsters in the sea and on the net. Aarrrr. And they want to take out treasured images and sail off with them and turn them into gold. Time to go all Cap'n Kidd on the lubbers!First off, put a watermark on yer images. This is a big disruptive overlay that you cobble up from a copyright symbol and your studio name and a dire warning not to remove it. Plaster it all over your images, and don't be shy about it - if the bride has a particularly fine bosom, mark it like the side of a goods wagon in a train yard. That'll stop her from sailing down to the local Hardly Normal and... 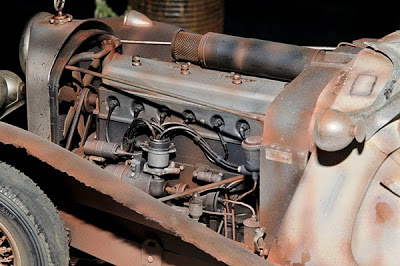 Posted at 02:13h in News by Uncle Dick 0 Comments
Share

Or how I learned to love photography.Old photographers will remember the sorts of things that we did in the darkroom to produce the special effects. Weeks spent gathering equipment, chemicals, containers, tanks, agitators... 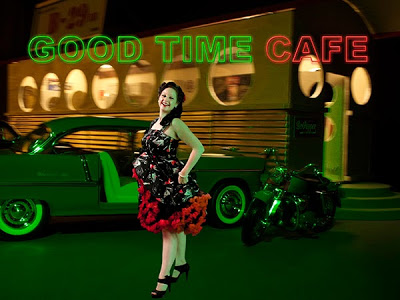 13 Sep I Need A Camera For Street Photography…

It is surprising how often we encounter this request. Setting aside the cynical thought that you could photograph actual streets with ANYTHING... 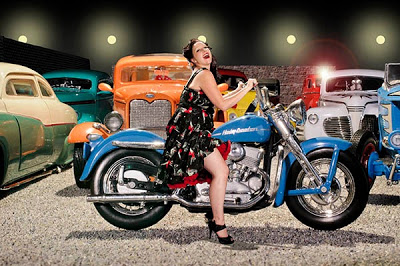 Posted at 01:11h in News by Uncle Dick 0 Comments
Share

I'm so relieved. A customer rang up and asked a question about a D800 Nikon and I answered it correctly. She poked the button and turned the wheel and it worked. My time here is not wasted.I am bitterly depressed. A customer came in to claim a lay-by and it took 15 minutes of frustrated computer mousing and poking - and then a temper outburst - and then a rescue by our overworked IT man - to solve a simple procedure. We have the fatal combination a new computer program and an old employee... 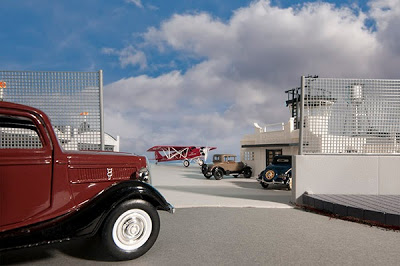 Posted at 03:20h in News by Uncle Dick 2 Comments
Share

A Recent Affair on television has pointed out that the new restrictions on photography may impact users of digital cameras.Of course up until now there have been general prohibitions about taking pictures of military bases, or inside courtrooms, or on nudist beaches This means that courts martial held on Swanbourne beach have apparently never been recorded. No-one seriously disputes the necessity to safeguard national security, legal process, and pubic order.Likewise stalkers and pests that take pictures of women and children unbidden are also subject to the law. The law that if we catch them we get to beat them with iron rods. This seems eminently sensible.Unfortunately recent events mean that photographing public buildings is also suspect, particularly if you are also measuring crosswind velocities and calculating trajectories on a yellow legal pad at the same time. Professional architectural photographers would be well advised to wear a high-vis vest with  " I'm Paid To Do This " on the front  and " " No, Really I Am." on the back. And use 8 x 10 monorail cameras on big tripods. And... 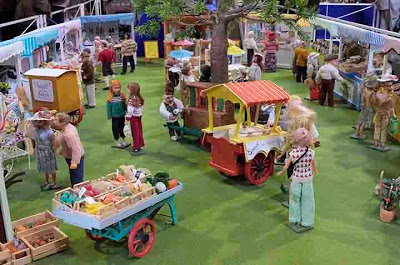 Posted at 02:31h in News by Uncle Dick 0 Comments
Share

Not all our jobs can be done in the studio with the big tripod or studio stand to secure the camera. Not all can be adequately lit. But we still need sharp results. Here's an old new tip to help with this.I discovered it while taking pictures at the Doll House Exhibition. No, not that one... 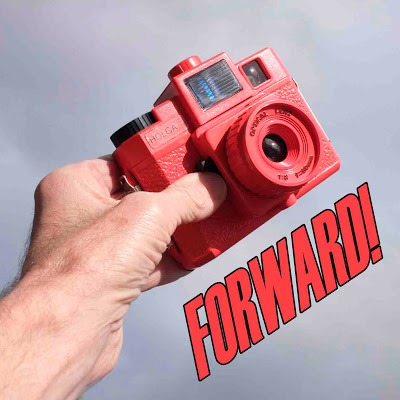 Posted at 01:11h in News by Uncle Dick 0 Comments
Share

The Central Committee of Camera Electronic issues the directive that you will move boldly forward to view of ultimate victory. This directive will be followed by all right-thinking photographers.The mass of collective artistic workers will purchase Lomo Holga and Diana cameras to implement the correct decision. Agents travelling to assignments overseas will be required to use the Canon G1x and G15 cameras.The intelligentsia will purchase the Fuji X series cameras according to their means and use them according to their needs. The Leica cameras will be reserved for the fearless leaders of the movement. Any deviation from this directive will be subject to correction.Revanchist running dogs and imperialist oppressors of the masses will try to decry this decision, pointing out that many other cameras are not mentioned in the 5-year plan. This transparent lie of the agents of capitalist hegemony tries to disguise the fact that the the cameras do not have viewfinders. They require the masses of workers and peasants to stare at LCD screens in the bright sunlight and fail to see the glorious landscape of photographic future....