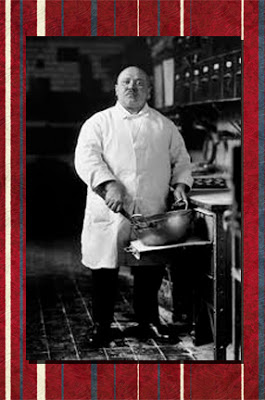 Posted at 01:49h in News by Uncle Dick 0 Comments [social_share]

Internet bloggers love to make lists of things - it is one of the techniques that we are told will increase the hits on our site. The more outrageous the premise - or common the theme - the better. Everyone gets to relate to the list and then decide that the author is full of it.I am more interested in seeing into the mind of the reader - in particular the visual mind. I want to know what has made the photographer take the photographs.Sometimes this is obvious - the photographer has been given a dollar and told to go out and take a certain picture. Or the photographer has speculated that if they take a certain picture they can sell it later for a dollar. It is commerce.Sometimes it is need - emotional need. The first picture of a long-desired baby... 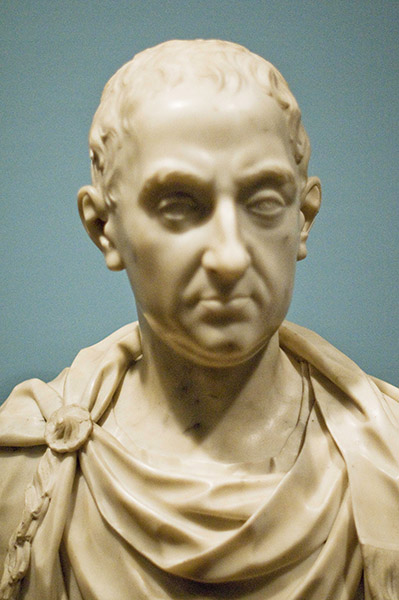 Posted at 03:17h in News by Uncle Dick 0 Comments [social_share]

I often look at photographs of Japan and China and contemplate visiting these countries - but I always chicken out. It is the signs in the streets, you see - they are big and bold and totally incomprehensible. I am a person so used to reading and comprehending that the leap of understanding required for travel defeats me. It is not quite the same in Europe - I can understand some French and some German and wing the rest of it. Of course I struggle in the English Midlands, but then don't we all... 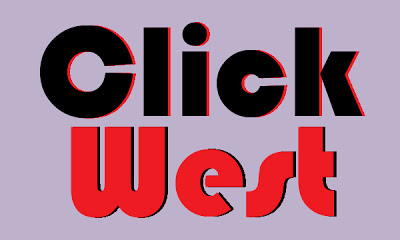 07 Jun Pictures To Look At – Drop Into The Box

Posted at 02:51h in News by Uncle Dick 0 Comments [social_share]

I have just been informed by Ric McDonald that there are winning pictures from last night's Click West presentation to be sen in the Drop Box website. Not quite sure what to do, but if you are savvy about these things, go to the site and ask for Clickwest 13 winners. If you need more information you can contact Ric on ricmcd@iinet.net.au.I had the chance to see the cinema they used last night out at Carousel - La Premier with the fancy seats up the back - and I daresay some pretty fancy projection equipment to show the images. As I was waiting to go in and put the show bags on the seats I watched the regular cinema patrons stream past. It's been a while since I went to the movies and it would appear in the interim that the snacks have gotten bigger - the popcorn tubs I saw yesterday were the size of railway gondola cars... 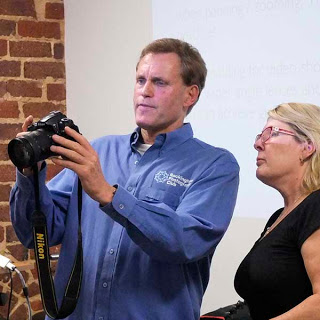 Posted at 01:22h in News by Uncle Dick 0 Comments [social_share]

Did goe to Shoot Photography in Stirling Street laste night and was greatly amused.The venue was warm on a cold night, and filled with enthusiasts, equipment, and expertise - and I benefitted greatly from the lecture.Kingsley Klau from Photo Coffee in Rockingham hosted a beginner's course on the video capabilities of the DSLR. This was to assist members of the WAPF to access the video section of the cameras that they already own - and to prepare them for an upcoming competition. The Nikon company will be sponsoring a video comp in conjunction with the WAPF and there seem to be a number of really valuable prizes on offer.Never mind the prizes - what Kingsley had to offer last night was really valuable - the logical presentation of the subject with practical help to each member of the audience in setting up their own camera. There was a variety of ancillary equipment to be seen as well, courtesy of one of the experienced members, and good advice from a professional in the video business. But the inspiration that Kingsley gave was...

05 Jun Still Time To Get A Seat – Click West

Posted at 01:12h in News by Uncle Dick 0 Comments [social_share]

Normally I would not advise someone to grab their seat in public... 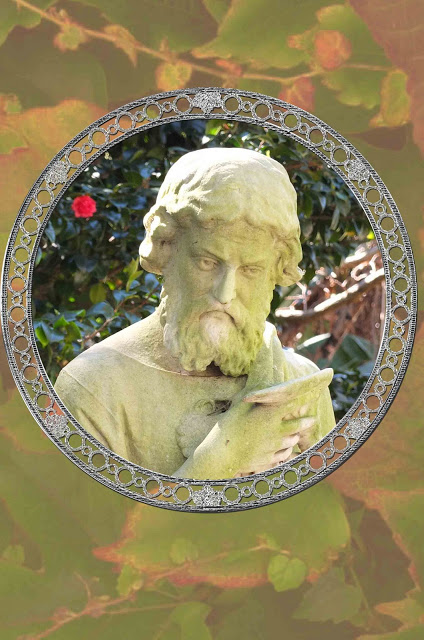 14 May City of Belmont – Snap Up A Prize

Posted at 06:52h in News by Uncle Dick 0 Comments [social_share]

The City of Belmont will be holding a photographic competition and exhibition a little later in the year and Camera Electronic will be helping with the prize sponsorship. There is a little over a month until the entries close so there is still time to plan and shoot your masterpiece.It will not just be senior photographers either - there is a valuable set of prizes for students and youth.The form to enter the competition plus a clear explanation of the timing and the rules is to easy to find Go on over to:www.artistschronicle.com/belmont-art-photogrphic-awards/You'll note the youth section that runs from 12-18 years old, and the general open section. There are two days in July on which the art can be delivered, but you'll need to do the business of entry by the 20th of June.There are several divisions and prizes in each one - Camera Electronic will be offering $ 300 for the Open Highly Commended winner. Some of the prize divisions are marked as acquisitive and some not. There is an opportunity to offer works for sale, with the...

Posted at 01:30h in News by Uncle Dick 0 Comments [social_share]

I am going to have to rein in the editorial horses for this one, as the temptation to use expressions like " Snakes Alive!" and " Hissing Syd" is nearly irresistible. Once you start to introduce reptiles into a conversation dignity flies out the window - much as when you introduce them at the dining table... 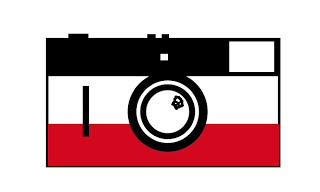 Posted at 01:28h in News by Uncle Dick 0 Comments [social_share]

Many people have seen the uniforms of troops in the German army and noticed the various pouches and attachments that they have on their gear, ammunition pouches, entrenching tools, gas mask containers, etc. Few know the significance of the small sealed box on the upper left hand strap of the 1917-model field webbing.It is seen in old photographs of the period and can sometimes be offered in militaria auctions. Rarely is it seen in the unopened form, but recently at Denby's in El Paso one of these originals showed up and after it was sold the collector who had bought it agreed to open it for the camera. It contained the  remains of three small sausages and a block of extremely hard cheese - the seal must have been good enough to prevent total spoilage over the the last 90-odd years.The collector explained that this was the emergency ration of the observation-corps soldier, to be used only if all other rations had been expended, he was trapped far behind enemy lines, and on the point of death from starvation -... 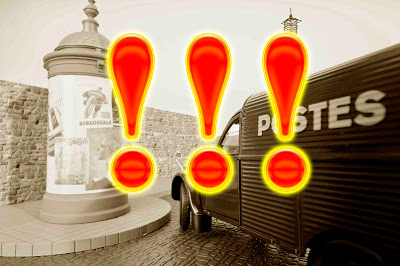 Posted at 00:58h in News by Uncle Dick 0 Comments [social_share]

We hope you have not forgotten that the Leica company is sponsoring the Oskar Barnack Award 2013 and the entry date closes very soon.You must go to the Leica website to see the entry form and fill it in on-line. Fortunately you may send your images to them electronically.They do specify that you must be entered in one of two categories; Professional or Prospective Professional. For the former they seem to require proof of your bona fides - website and agency details, and for the latter you must sign a declaration that you are under 25 years.The submissions must be 1200 pixels tall and wide in proportion, must be 72 dpi, couched in the RGB space, and under 3Mb in size.You must submit 10 images in a series  - there is an upper limit of 12 images if you must go over  - and they require you to title it.As the last day for submission of the entry is the 1st of March, it may be best to be quick about starting your photographing. Those of you who wish to make... 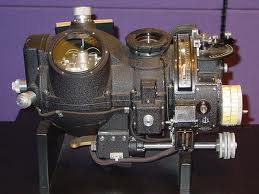 Posted at 01:09h in News by Uncle Dick 0 Comments [social_share]

The Canon company are conducting a contest for photographers. They have a red flyer here at the shop promising 75 trips in 75 days - if you spend more than $ 90 on any Canon products you go into the draw for holiday vouchers  - these look to be vouchers for a major airline and for an organized travel company. It is not a cheap affair - they are promising some $ 200,000 worth of these trips to photographers in Australia and New Zealand.You'll have until the 18th of January 2013 to do your purchasing and the draws will be held daily - they started on the 5th of this month, though the little flyer does not say which trips are to be given away on which day. I shall be particularly interested to see where they send the persons who win on the 7th of December.You see the advertising images and write-up on the front of the page show pictures of two places-separated by 75 years: One is of Times Square in New York City  - the new picture is...