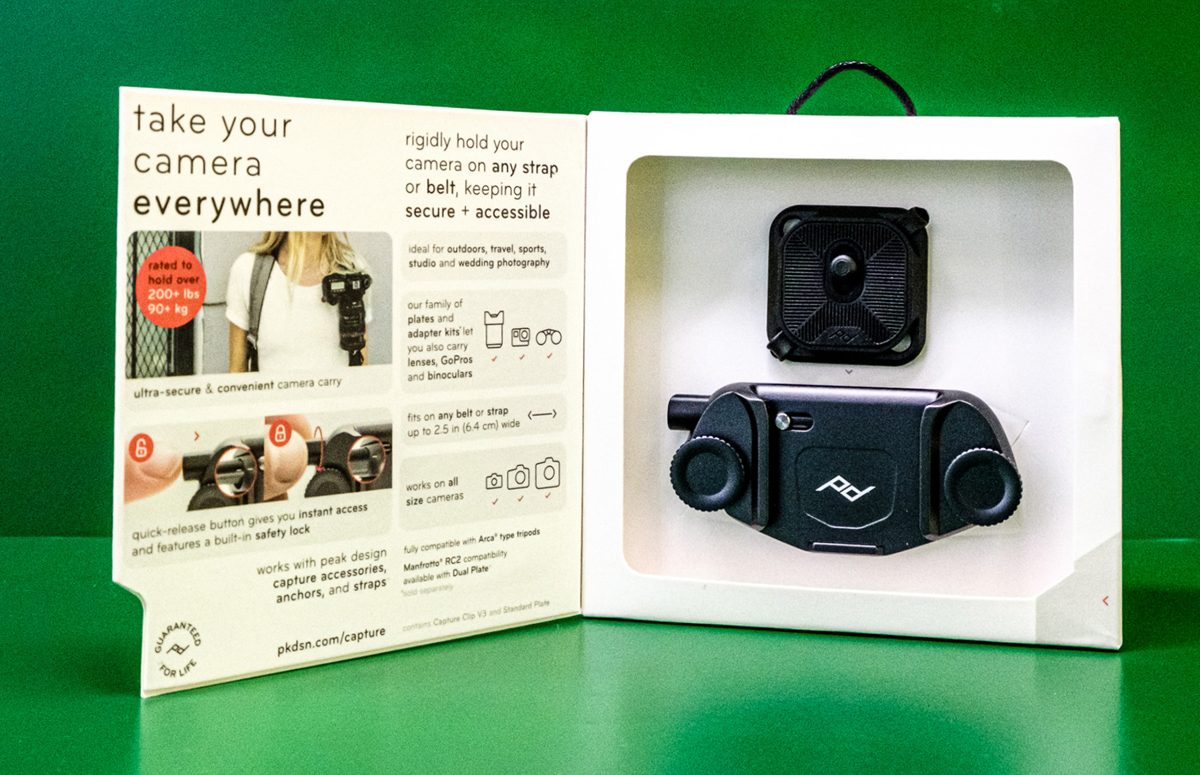 Let the readers decide for themselves. My jury is still out on this one, and they went out about 7 years ago. The foreman just keeps asking for coffee and pizza. The judge is getting impatient. Way Back When the first of the Peak Design camera clips were introduced the distributors generously came round and gave each one of the staff a sample to take home. It was a lighter and cruder version of the product they sell now but it worked very much on the same principle - you clamped the receiver onto your belt, screwed the foot onto the underside of the camera, and coupled the two together. A small button controlled a safety catch that kept the camera locked in until you reached for it. Some of the staff members thought it was great, and still use theirs. I tried it for a while but found that having the camera at my waist made it difficult to bend sideways. I was never nervous about it becoming detached, as the engineering of the system was good, but the location didn't... 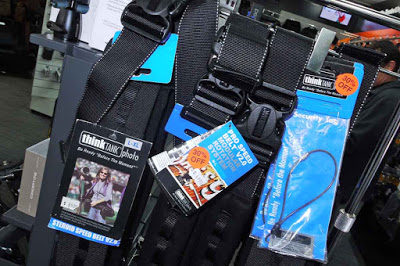 Posted at 05:28h in News by Uncle Dick 0 Comments [social_share]

The Bargain Bin Gnomes have been busy today clearing a pathway through the bags and belts section of the shop. The Bargain Bin section near the counter now contains a number of the Think Tank bags and accessories. I noted the Speed Belts in various sizes at 30% off marked price.Speed Belts are the padded waist belts that are sewn with strong nylon webbing loops in a horizontal pattern. These lops allow you to suspend no-end of little pouches, holders, and other  little accessories. They are in black with quick-release snap buckles.Lets face it - if you're prepared to wear a batarang and a loop of strong wire as well as some sleeping gas capsules there is nowhere you cannot go with a utility belt like this. They may not let you in and they may not let you out, but I'll guarantee the small boys of the town will be fighting for your autograph....