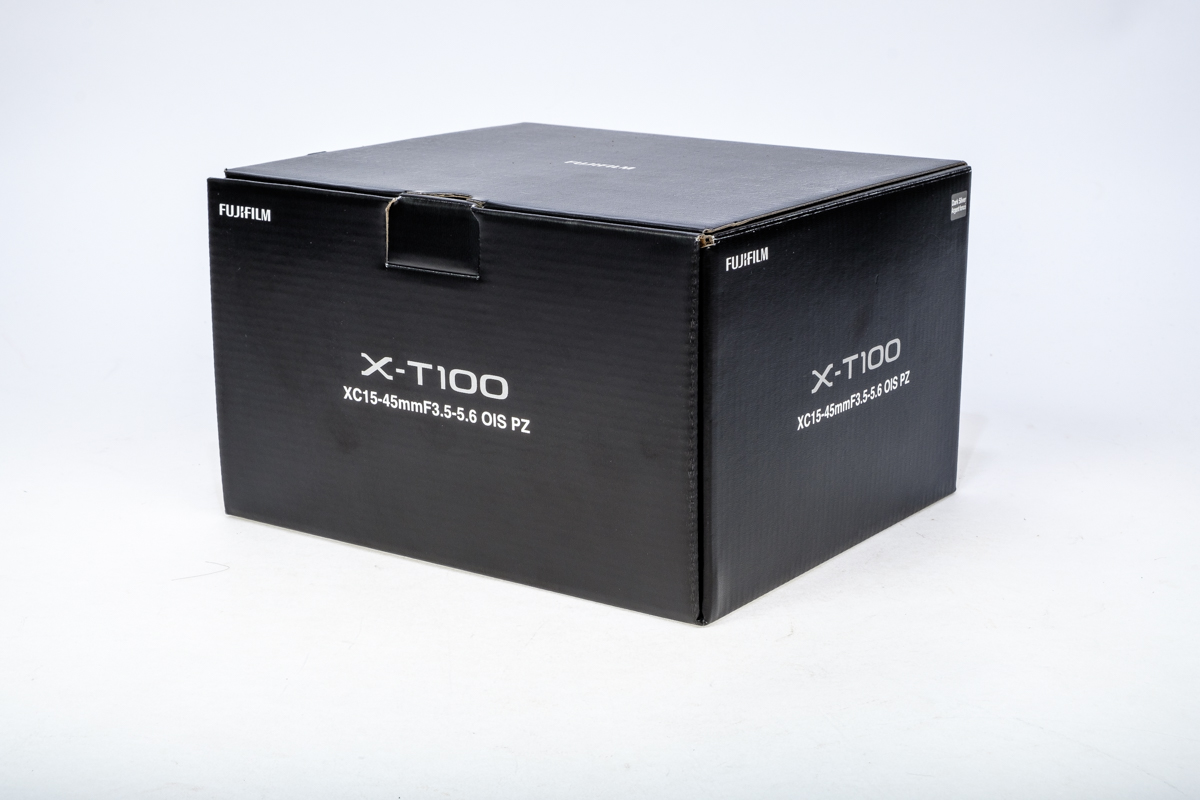 16 Jul Look Carefully At The Lettering On The Box…

Yes. Yes, this is the new Fujifilm camera; X-T100. Gotta look intently at Fujifilm packs because they are all so very alike. And the people in the company who name the new products often get the letters and numbers frighteningly close to the old designations. It pays to peer closely. If I'd been more casual about it I might have mistaken this for the X-100 or the T-T10. The internet is no help - a Google search often turns up a mixture of old and new posts that can send you out past where the buses run in short order. Well, with the box at home, the package opened like most other Fujifilm gear - well packed without being buried in frustration and sharp edges. I assembled the lens and camera and dropped in a charged W 126 battery and away we went. The beauty of Fujifilm now is the standardisation of the battery requirements - no more hauling three chargers in the suitcase for three different levels of performance. The body is sleek - in this case the graphite shade that hovers between...