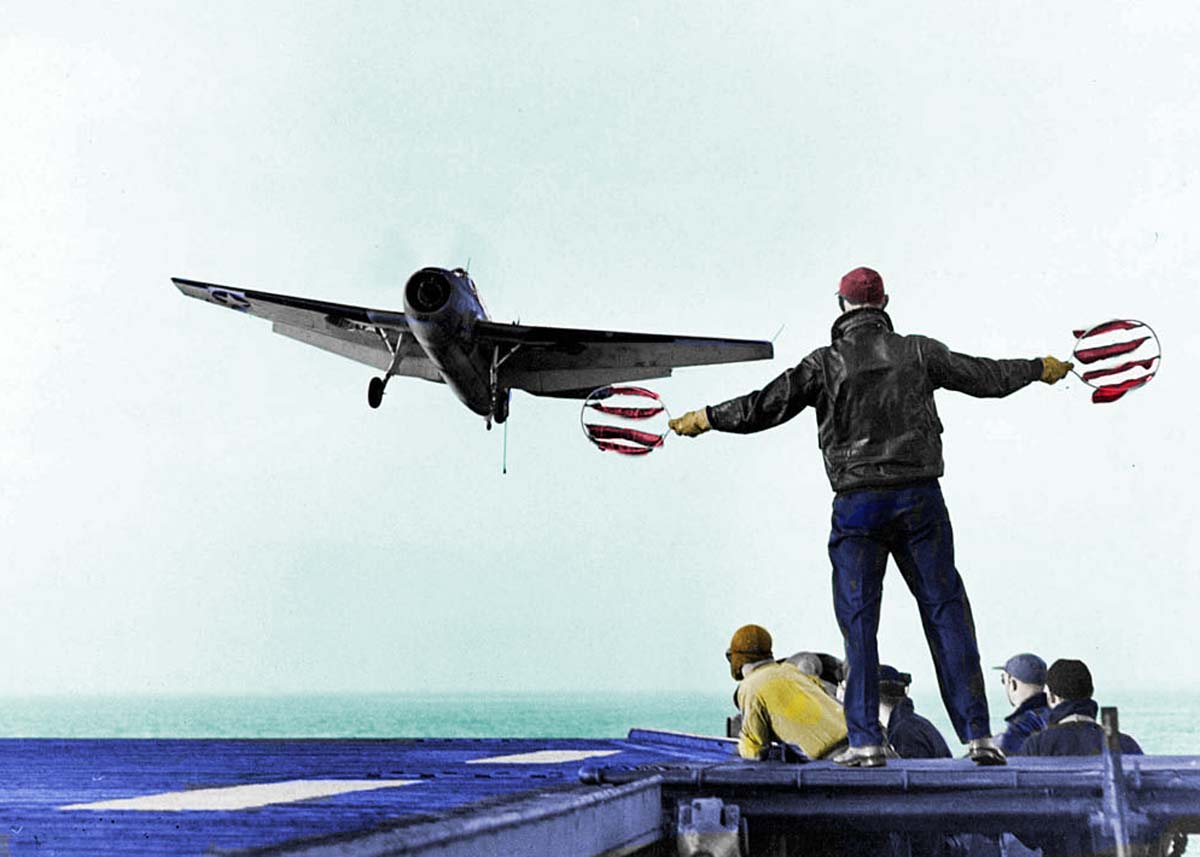 You've seen those war movies of the aircraft carriers in the Pacific or Korea. There's an officer standing on the port side aft with a flying helmet on and two big cloth paddles in his hands. As an aeroplane comes into land on the deck he'll raise the paddles up or lower them down and dip from side to side to let the pilot know what he needs to do to get in safely. The pilot must obey the flags if he can and he is under disciplinary orders to strictly obey two of them; the cut and the wave-off. The first drops him onto the deck in time to catch the arrester wire and the second makes him climb and veer off - hopefully for a better try next time. Both are mandatory. Oh, that it could be the same in the photo trade. The idea of the flying helmet and the paddles is very attractive but a little impractical in the shop during lunch hour - someone would get bopped in the crowd. But the cut or wave-off would...