Hands On Finally – The Nikon Z-fc 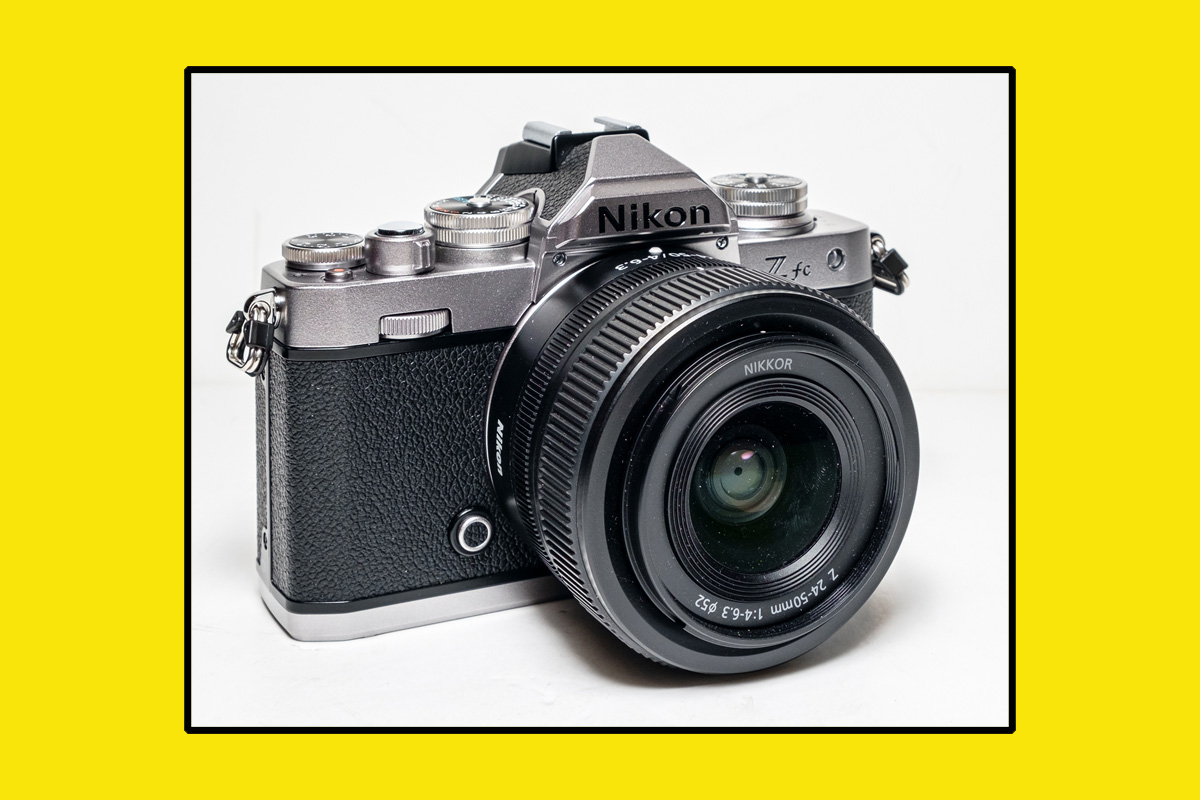 It’s been a long time since I first saw the announcements about the Nikon Z-fc camera – and since I watched Michael Phillips juggle three dummy demonstration bodies at a photo trade fair.

I’ve looked at the dummy cameras in Murray Street and Stirling street since then, but this is the first time I’ve gotten a real-live working one to play with  It is fitted with a 24-70 f:4-6.3 lens.

The lens is an average zoom range  – but for this APS-C-sensored camera that equates to 36-105mm fields of view when you compare it to the other Z full-frame cameras. Never mind – there are all sorts of Z-mount lenses for the Nikon cameras and you can go wider, too. You can also get Z lenses that capitalise on the style of the camera body…one that has my eye and my heart. 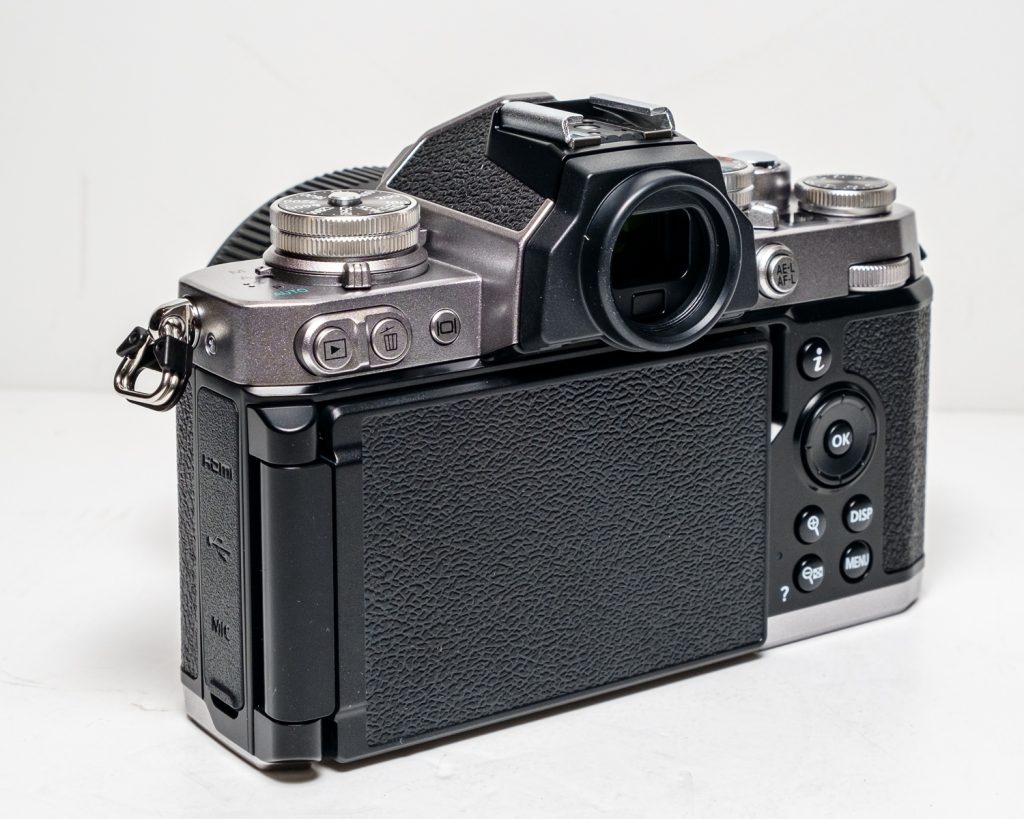 You’ve read these columns before where I banged the drum for retro-styling in new cameras. Fujifilm, Nikon, Hasselblad, Olympus, Leica, and others have all designed to this rhythm and the beat goes on. It’s continuing because it strikes a note with many consumers. 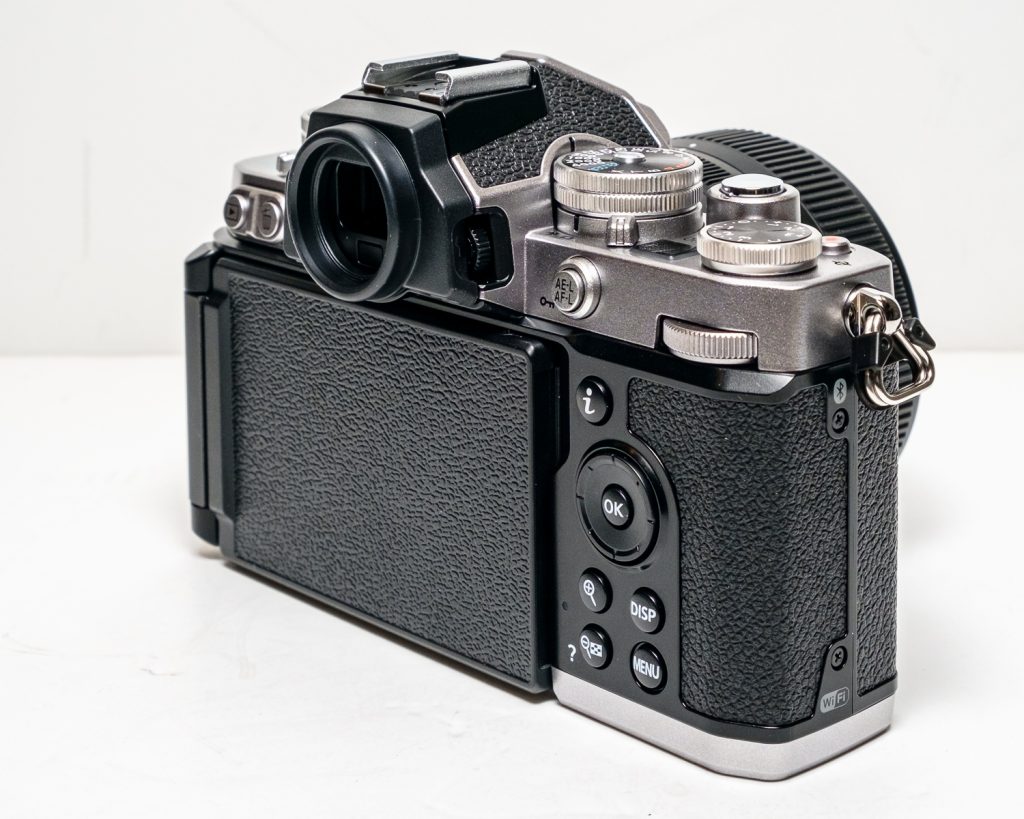 I’m not talking about old folks like me, though we are just as good at spending money as anybody else. I mean people who have grown into photography in the digital era and look back to the older styles with interest – if not nostalgia. Nikon has a rich history of design style in their 35mm film era and have drawn on it for this small camera. 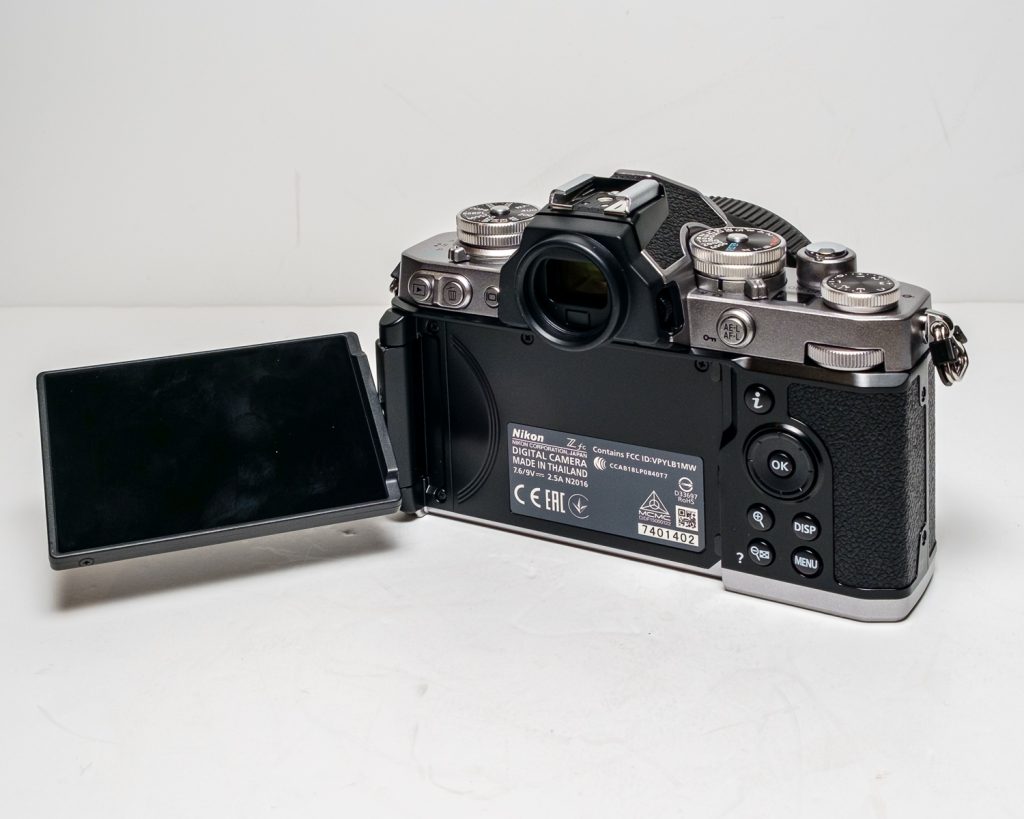 If you can’t remember – or don’t know – what I mean, google up a Nikon F camera of the 1960’s…or one of their rangefinder cameras just prior to that. Get the picture to float on your computer screen and compare it to some of the shots of the Z-fc details. You’ll see deliberate echoes of dial shapes, control placements, dial face and lettering graphics, and a dozen other echoes of the older cameras. Even the eyepiece surround is pure Nikon film era. 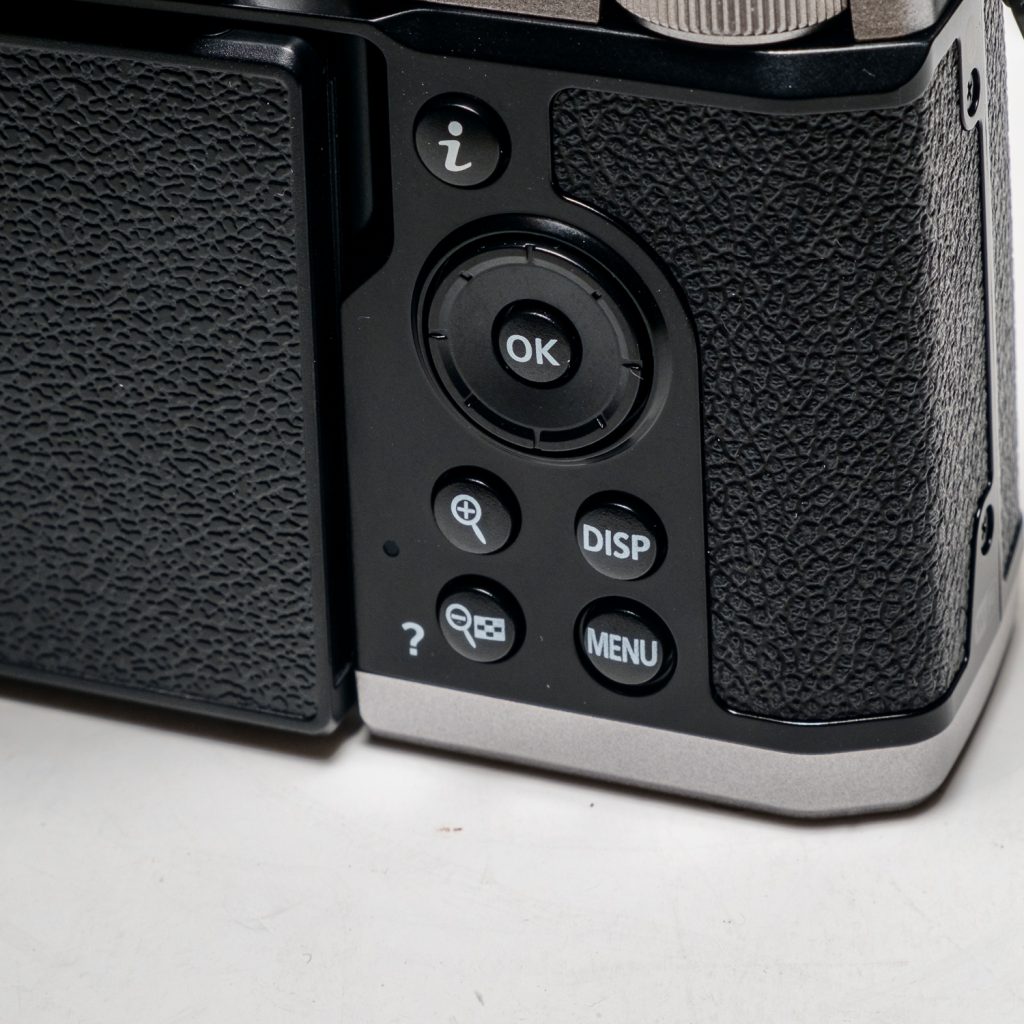 Apart from the look of it, will this sort of thing sell to new buyers? It will if they have any muscle memory for the operation of an older Nikon film camera. I have, and the new Z-fc handled like a dream. 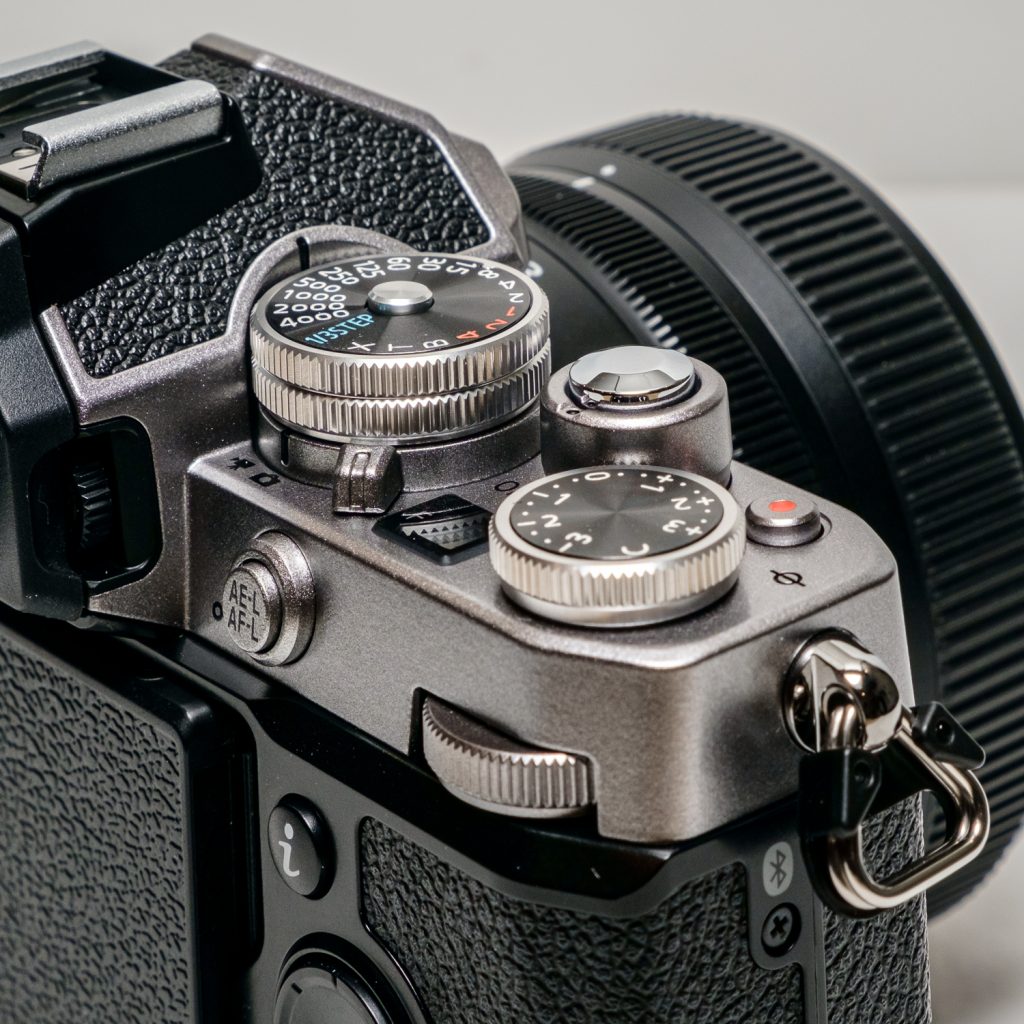 Oh, you get all the digital things we have come to expect – the controls for menu, playback, zooming, etc. The flip screen for waist-level or front sighting. The video recording capability. It is all you need in a small digital camera – you could confidently take this as your tourist camera to any place they would let you in. 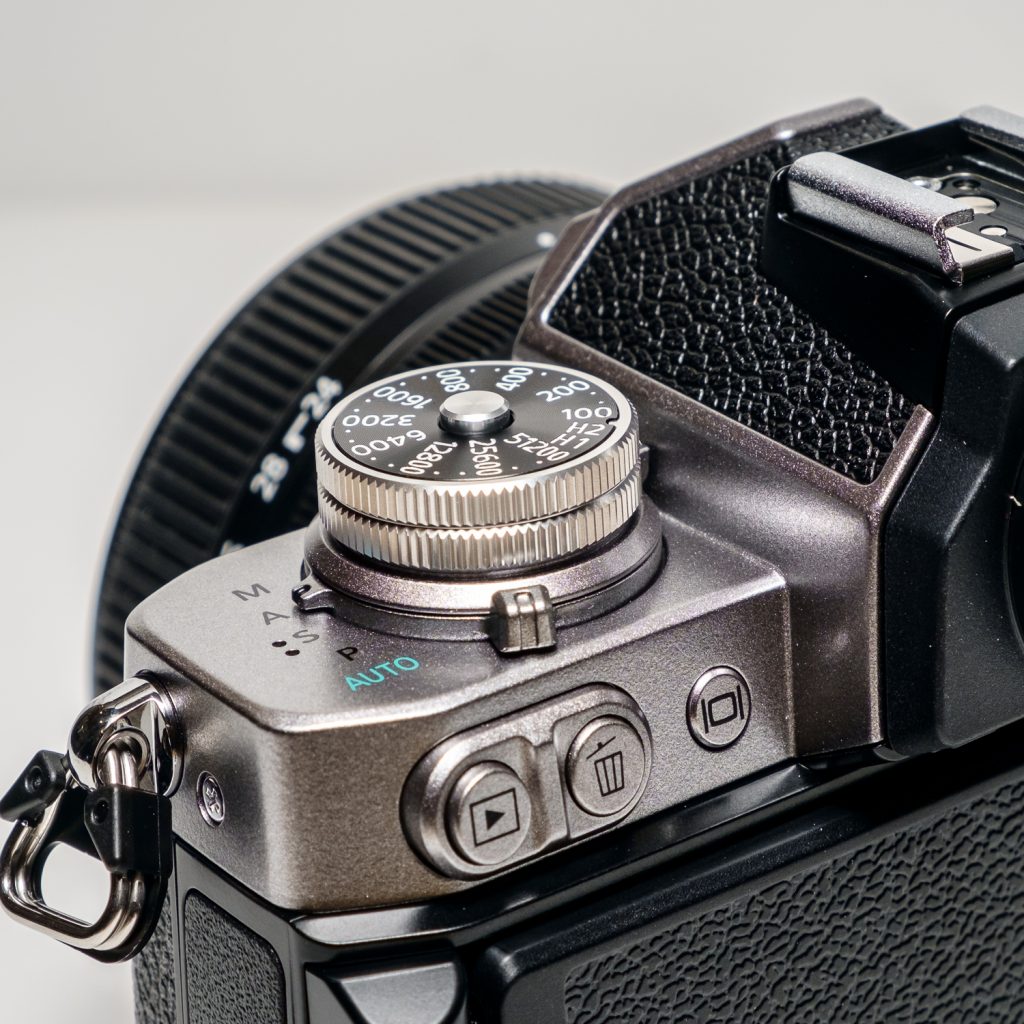 You will get The Questions. ” Is that a film camera? ” ” Are you taking film? ” Is that your grand-dad’s camera? ” I had a staff member ask me something similar as I photographed it in the shop…I no longer call them Whippersnappers…I just snap them with my whip…If any of them call me a boomer I have a large pistol… You can reply as you wish.