Photography Of Art As A Sport 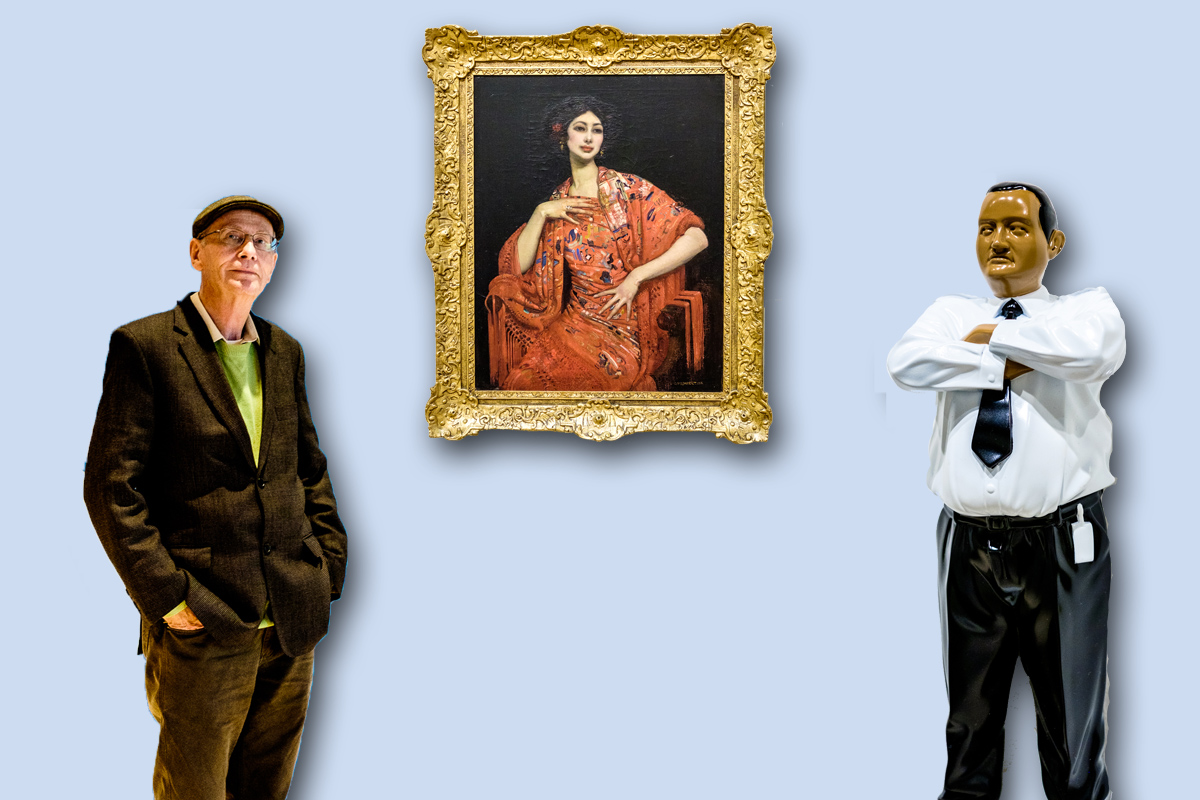 03 Nov Photography Of Art As A Sport

No, I’ve not gone dyslexic.

Shooting pictures of sport is a time-honoured form of photography. Early successes in the wet-plate era would have been rare, but subsequent improvements in plates, films, lenses, and shutters meant that the 20th century’s photographers got more and more sports into their lenses and out onto printed paper. Now in the digital era i cannot think of any sport that doesn’t have exceptional coverage from professionals – we all see the best of the action every time we open a newspaper or turn on a screen. As an audience we are presented with a magnificent visual feast, and all it needs for satisfaction is an interest in sport.

Which I do not have. Not at all. Couldn’t care less who kicks a puck into the basket on the MCG. Wish them well and no torn cartilages, but that’s about the extent of it. Emigrated to the wrong country, eh?

On the other hand, I do like looking at pictures. And sculpture, and dance. And when I cannot see it firsthand, I like seeing it on the screen or in printed photographs. Over the years I have haunted galleries, museums, and theatres enjoying what is presented – and occasionally getting to remember it by taking photographs of it. Now you can’t do this in lots of places and on lots of occasions because the artists who present themselves for money won’t let you. You’d stop them receiving money for their work. The only exception to this seems to be the engravers who counterfeit money, and they are not worried about having enough – they just print more.

If you are allowed to shoot pictures – for instance in a sate public art gallery – there are conventions you should follow:

a. No tripods. These are a trip hazard for the rest of the visitors and a liability hazard for the gallery. You can circumvent this by attaching a Steade-Pod to your belt and pulling up against gravity as you shoot. Or use a camera like one of the Olympus types that have such remarkable image stabilisation that nearly anything comes good hand-held.

b. No flashes. This also disturbs the rest of the patrons and is supposed to fade the artwork. You might protest whether the flash from your compact camera would really fade a bronze statue, but don’t expect to win the argument with the jobsworth who guards the gallery. Just turn off the flash. If you get a very special jobsworth who objects to the AF-assist focussing light on your camera, turn that off as well. 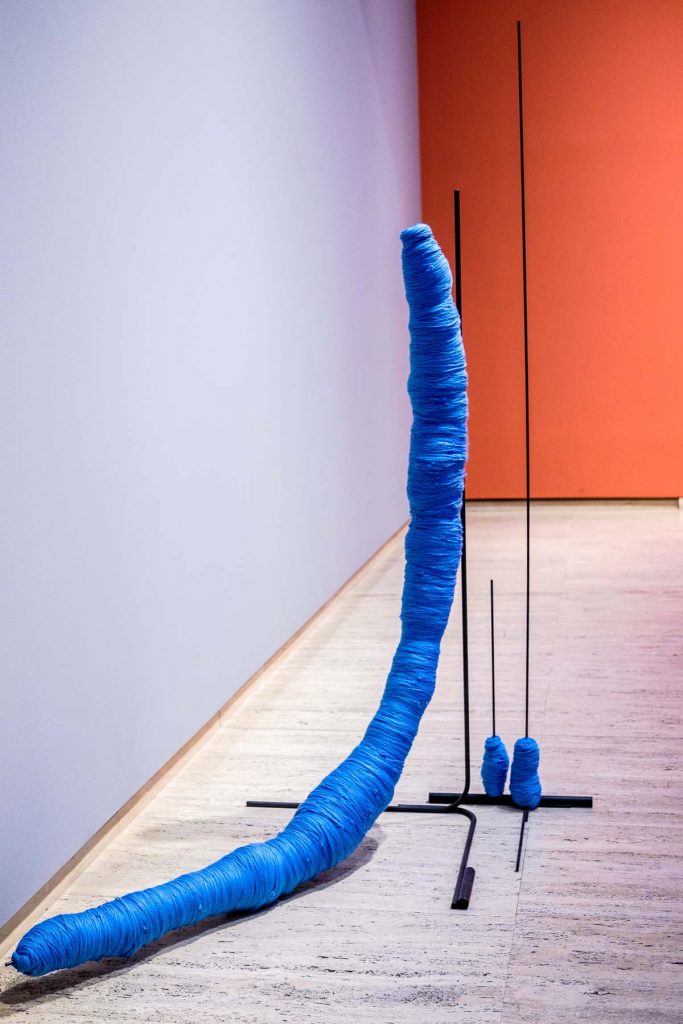 c. No clambering over the guard rails or the other patrons. This seems a superfluous caution, but unless the gallery has put up signs in several languages and a guard who also speaks them, someone will climb.

d. Let the others see the artwork as well, Your tour bus group may have a decent time to mill around the tiny sculpture before being herded away by the driver, but it should not be immediately replaced by a similar group – let the single art lovers see the thing for awhile. 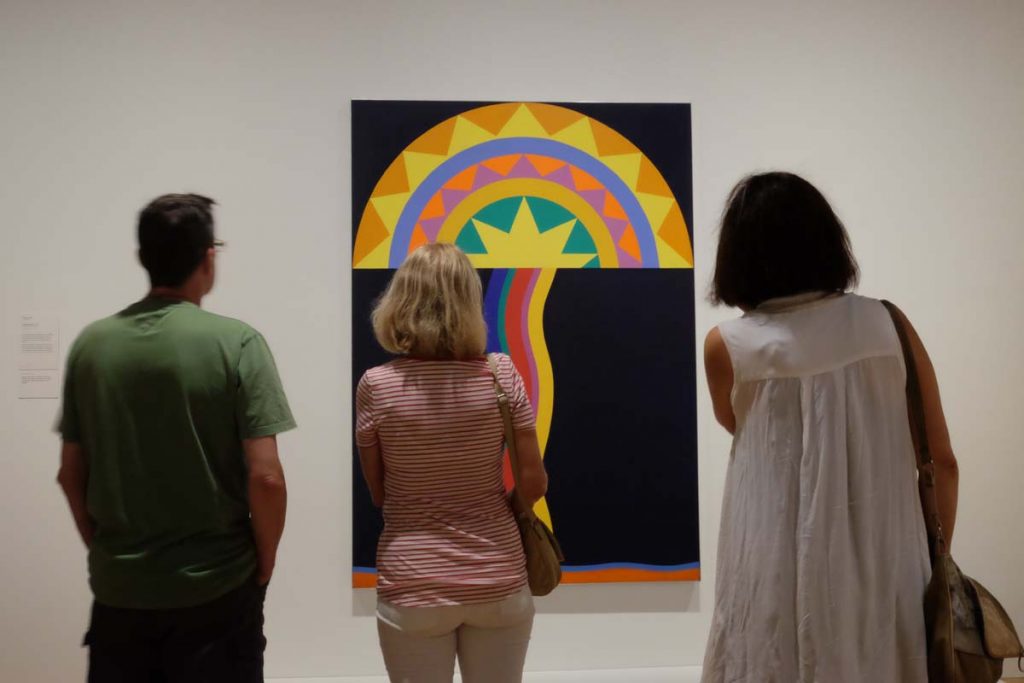 Now the mechanics of the thing. Galleries and museums have a responsibility to present the artworks as well as it may be seen as a tribute to the artist. Some of them understand this, as well as the science of colour temperature. Some do not, and you’ll find the nicest paintings often shown in the poorest lighting. The best you can do is boost your ISO, select auto WB, and if possible add a bracket sequence that varies this over three settings. Or shoot RAW and be prepared to sit with an art book and your computer monitor to approximate the colours. What you see is often what you get but may not have been what the artist made.

Use a camera that can shoot with a frame a little wider than the artwork. Frame it with some air around it. This is because in the scrum you may not be able to frame squarely, nor on a level, and you’;ll need to do distortion correction later in an editing program. 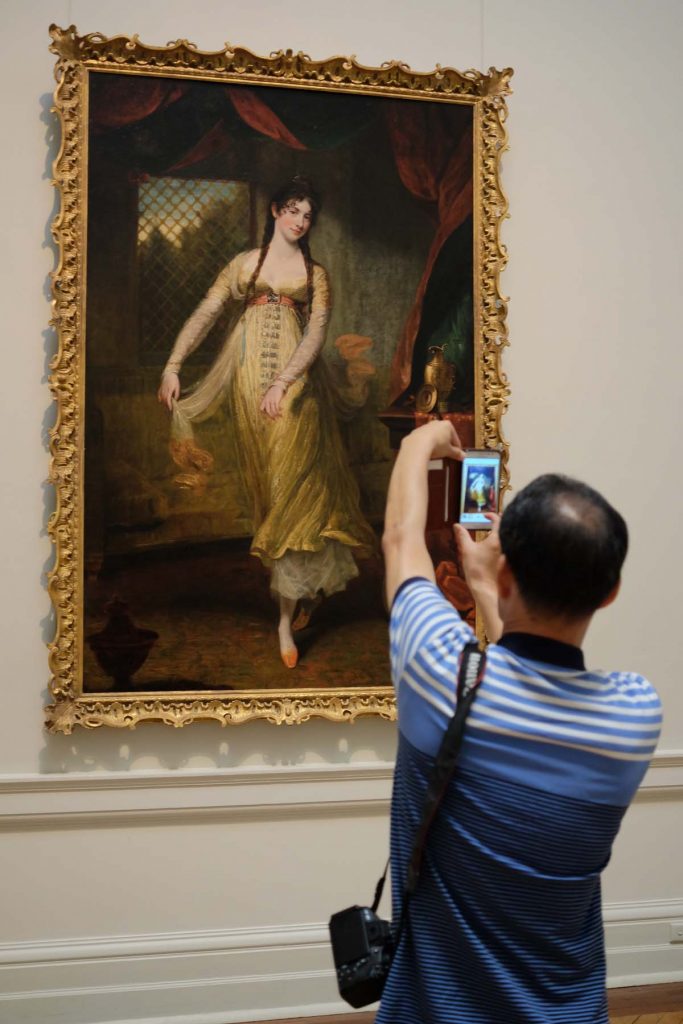 Use a camera that will make a file with enough capture to show the detail – and shoot from as close as is practicable. A tiny image necessarily blown up is going to be full of artefacts.

Finally, if you cannot shoot a good picture of the art, just look at it long enough to set it in your memory and then go buy a book or print of it. The day ain’t about your photo – it’s about the art that you went to see.