What DO You Sell To Us Salesmen? 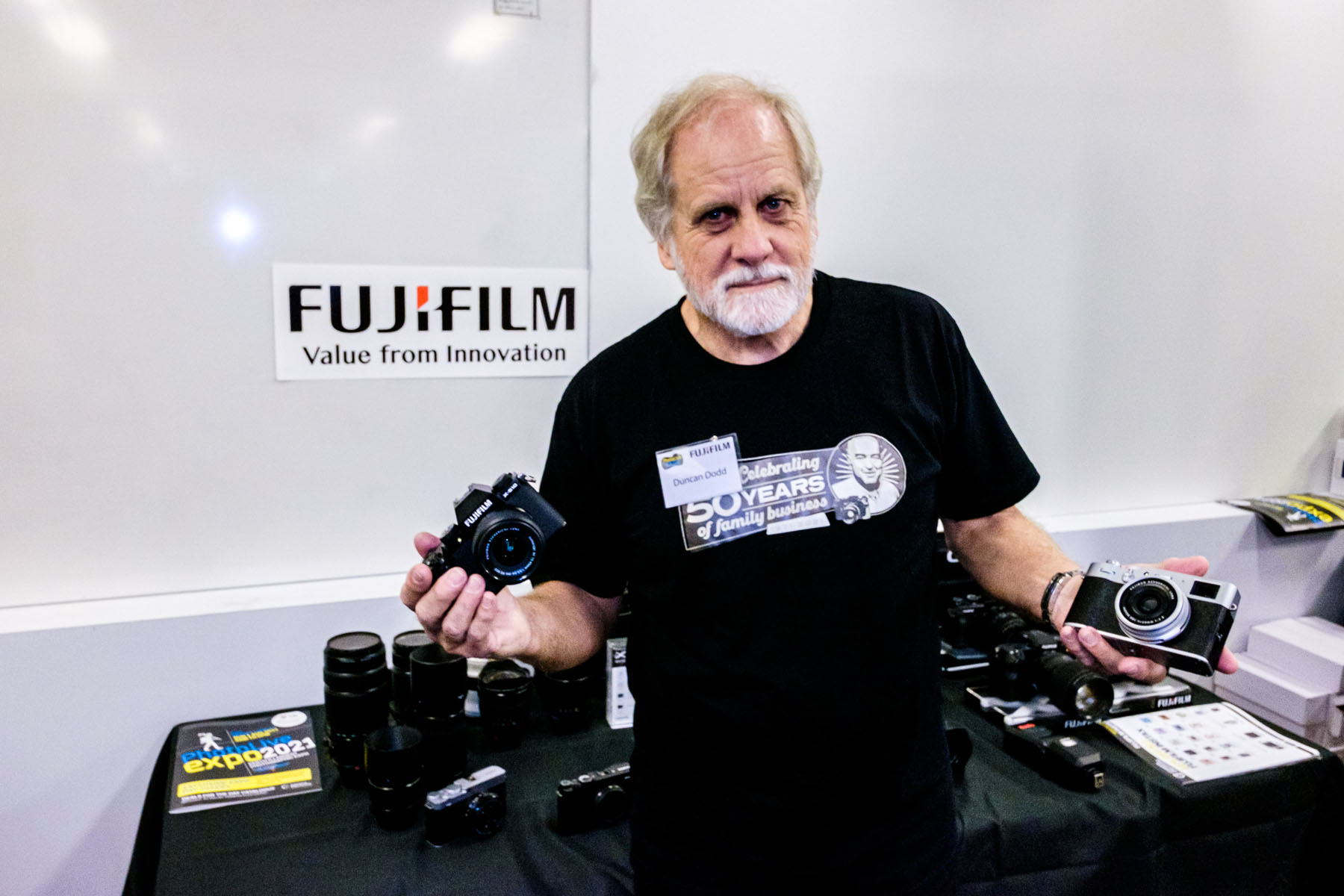 23 Aug What DO You Sell To Us Salesmen?

Well, that was a one of the questions that flicked through the mind as I walked around the trade hall at the recent PhotoLive. It was a fair bet that the people employed by the wholesalers would be carrying their own goods – the staff sales discounts pretty well guarantee that. And no sale rep who is paid to sell A all day will risk being seen taking pictures with B on the weekend. Not in this gabby town.

But what of the volunteers who manned the stands from a sense of fellowship, or loyalty, or curiosity? And what of the retired reps who were there to pass on their considerable knowledge but wouldn’t be writing up sales orders the following Monday? I did not poke the various bears too hard, but I did pause beside the Fujifilm stand to listen to Duncan Dodd when he spoke about the cameras he liked. I was a good audience because I like and use the Fujifilm system myself. Duncan was preaching to the choir when he was talking to me but I was still interested in the sermon. 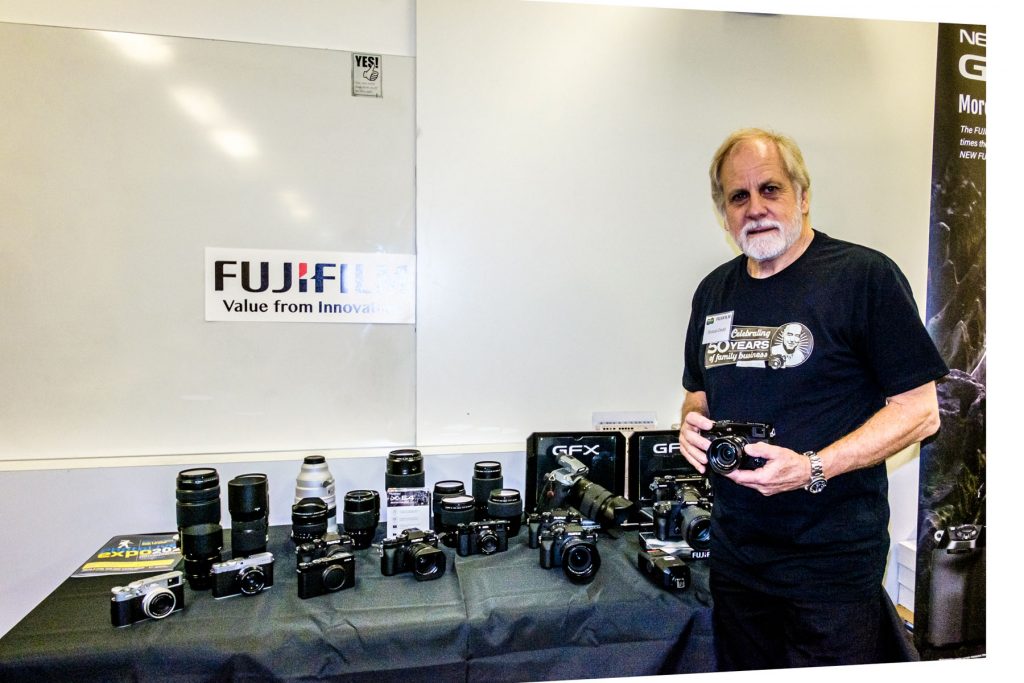 Background notes: Duncan was a photographic rep for decades with different firms. At one time I could have expected him to bring equipment to any shop I worked at and there were many other brands he was conversant with. When I say he was around for a time, I remember him in my student days. Indeed, I was told that he sold the first bottle of lavender oil to Nicéphore Niépce in the early days…but I haven’t been able to check up on this. Let’s just say that Duncan knows and leave it at that.

Note: Duncan is on my Facebook friends page so I expect I will hear about this…

Anyway, on to the cameras. Duncan uses the Fujifilm system for local and interstate photos. Some of his images of pre-lockdown Melbourne are worthy of inclusion in books. Indeed, he published a London photo travel journal that was a book worth buying. He didn’t just sell lenses – he used them. And the funny part was that when he sold other brands he still used Fujifilm.

So what camera impressed him in the Fujifilm range? The big XT-3? The even bigger GX series cameras? Nope – he raved about the X-S10. Designed for consumers and capable of doing every task they throw at it. Compact, comfortable, and reasonably priced. A video shooter as well as a still camera. 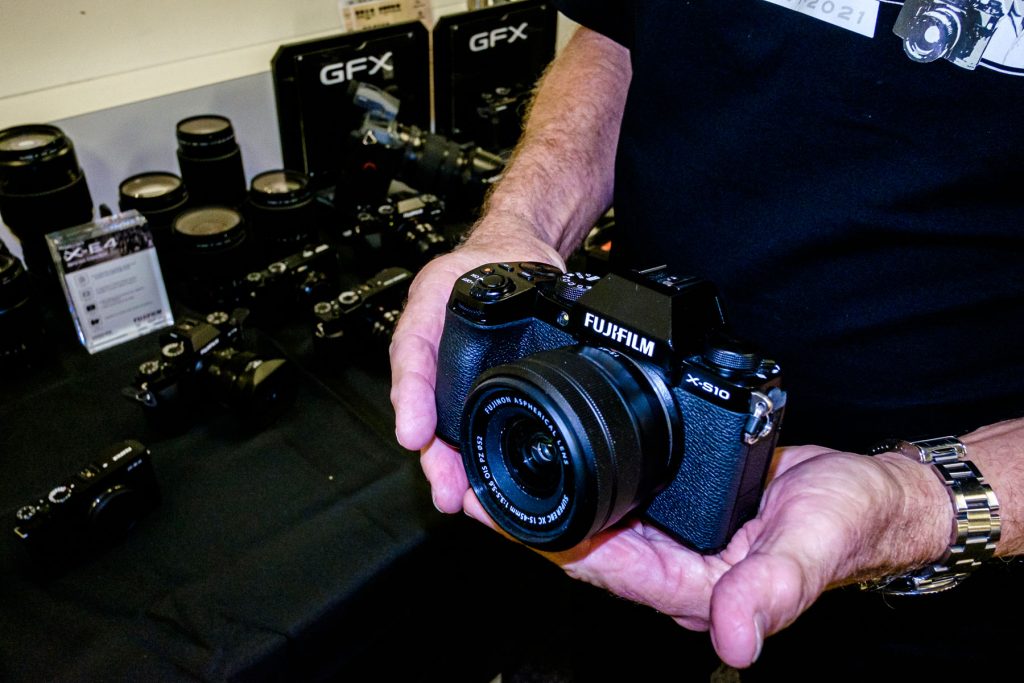 I had to edge away before he had me reaching for my wallet. That’s what temptation does to your mind. I have 5 Fujifilm cameras in the house and I still find myself drifting over to the proprietary website and then to the Camera Electronics sales page to see if the price has dropped…

I mean, what if it was a dark night and I couldn’t get to any of the 5 cameras in time. It would only be sensible to have a couple more around the house. Right?

Pictures: taken with my venerable Fujifilm X-E2 set to a high ISO and the willy-nilly setting. I just point and shoot. Fujifilm does the rest.