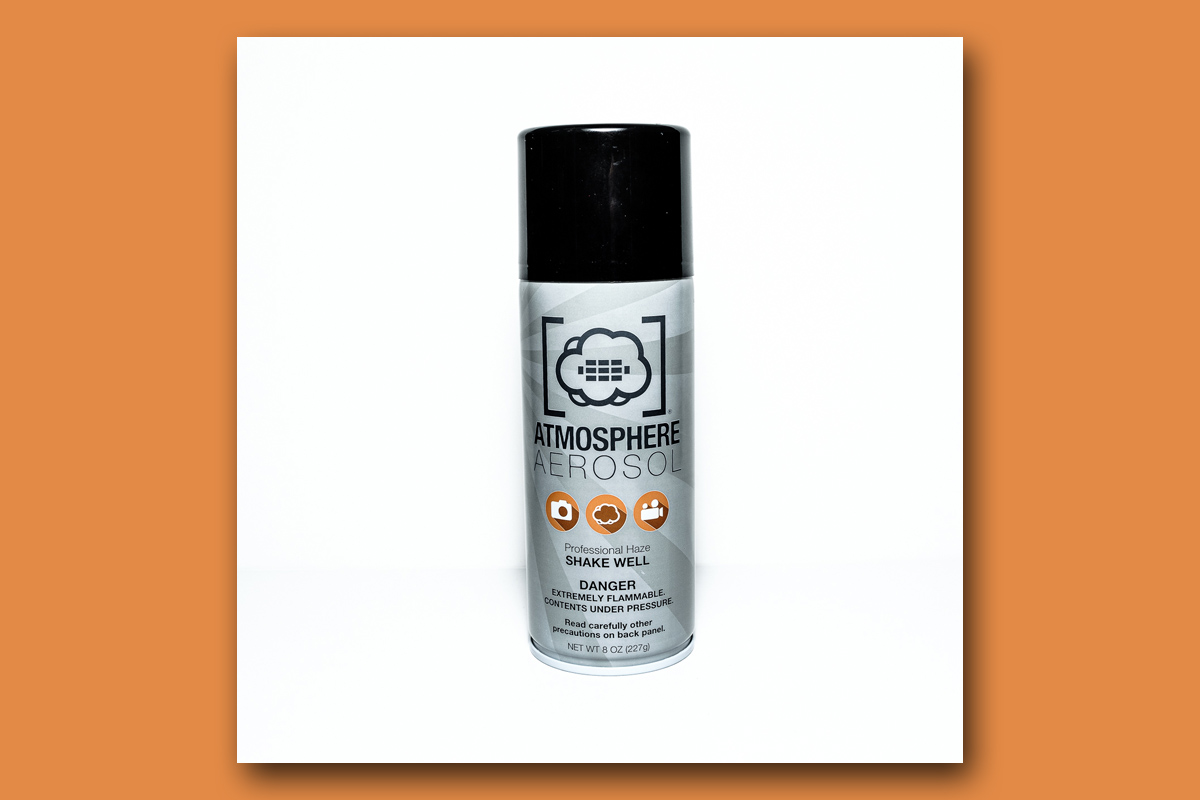 Or canned haze. In actual fact canned mineral oil, propane, and butane. A spray can that you can carry in your photo effects bag to create atmosphere in your shots.

You’ve seen how Hollywood film and video producers use mist, haze, and atmosphere effects to inject visual tension in a scene – every horror shoot seems to have something boiling along the ground. In many cases it’s made with water on dry ice. Good for a Transylvanian feel but the vapour created is heavier than air and tends to drop fast and disperse. The actors have to bite one another quickly while the mists roil.

For a higher haze you need a different aerosol. Some have tried smoke but it can be too light, tending to drift up in spirals instead of spreading out all over the set. Unless you are prepared to torch the woods along with CALM, you may not get a wide dispersal of smoke.

The answer between the two is the pressure can you see in the heading image. One of the staff members put me onto it, expecting I would make a series of excruciating and slightly risqué puns on the word ” fog “. The temptation has been strong, but I’m a professional…at least enough to accept money for these columns. In any case the product is a real one and widely used within the trade.

There is a caution printed on it that it is inflammable – at least the propellants are – which means you should not spray it into naked flames or ignition sources. Nor directly into people. I’ll add onto delicate fabrics or surfaces that are likely to get slippery  – remember that mineral oil. The website that supports the product says a little goes a long way, but does note that there is about 5 minutes of spraying in a can. It suggests an assistant spray it upwind and let it drift down.

That website is quite helpful, but you have to navigate it carefully. It often goes off on tangents – I found it wanted me to talk to a fencing contractor. Every click I tried to avoid Mick’s Fencing was to no avail. Perhaps he’s a fencing master and knows the Spanish Balestra. Any rate you can get all the canned atmosphere you need at Camera Electronic. 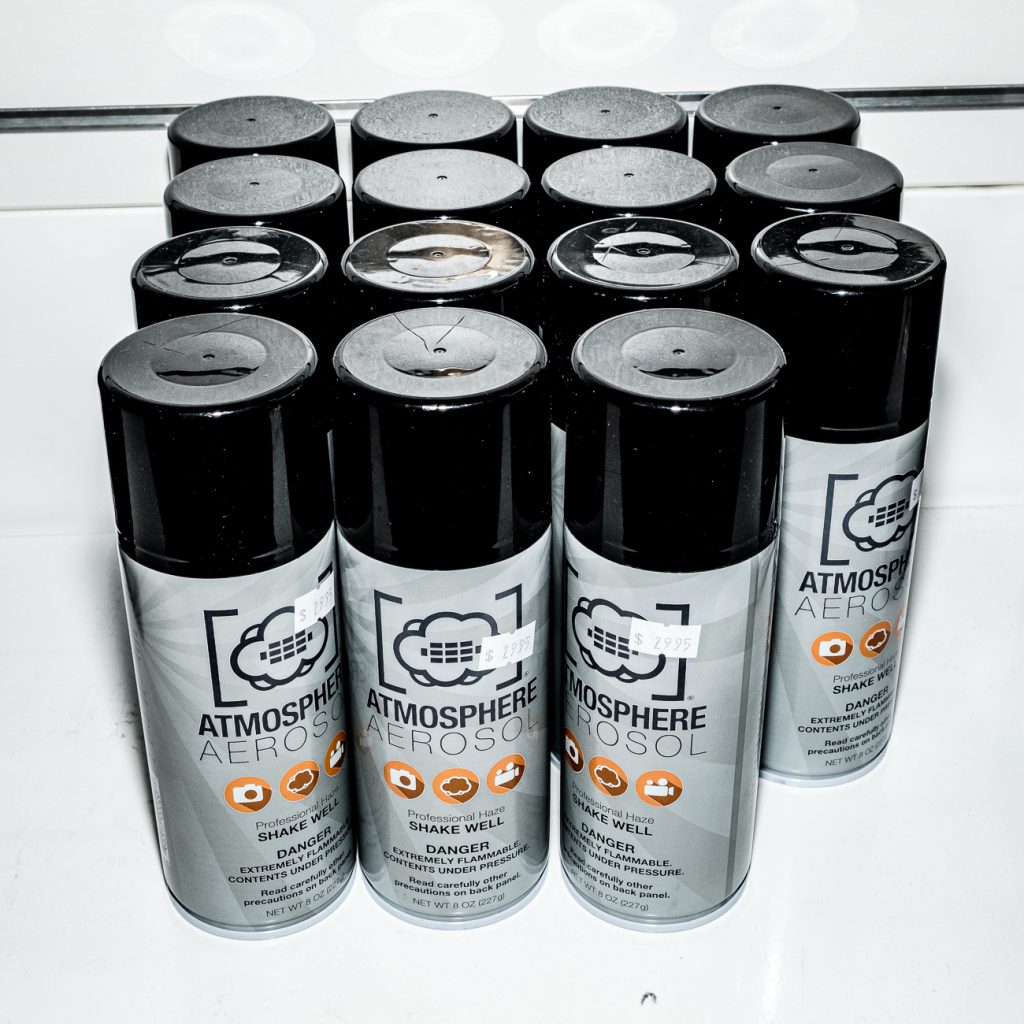 Be discrete. You see drifting mist and backlight auroras in an awful lot of productions – whether they involve battles or bridal chambers. If you use it too often your production might end up awful as well.

Also remember that you are recording everything on sensors that pick up dirt and oil spots at the best of times. If the air in every scene is like a Texas gusher, you’ll also be seeing the CE tech for a lot of cleaning.