I must go down to the sea again

To the lonely sea and the sky.

And all I ask is a fancy drone

And an app to steer her by.

That distant thrashing sound is Coleridge in his grave…He’s probably just jealous that we get the chance to play with the good toys in the water.

I stand amazed at the clever use of drone technology these days – not just the ability to rocket people in the middle east from Omaha, but the civilian applications as well. I don’t suppose there is a movie screening now that doesn’t have some scenes shot with commercial drones. There certainly isn’t an advertisement for real estate, cars, or travel that isn’t peppered with the technology.

Wanderlust has a number of drones for sale – indeed the other two shops of Camera Electronic both feature dedicated drone displays and a large number of devices and accessories. if you’re into it, come into us. The interesting thing for a casual visitor is to see how the drones do indeed go swimming, and why. What I thought were just toys turn out to be tools as well. 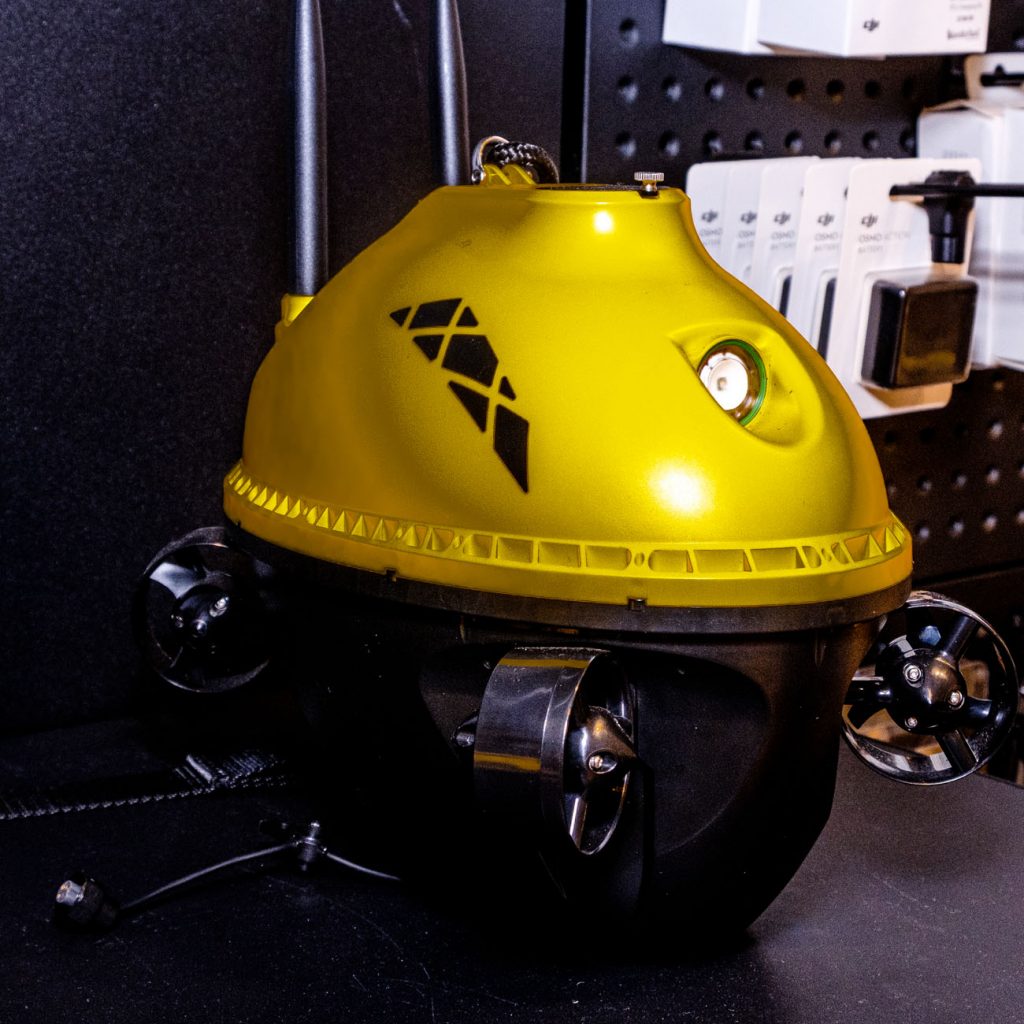 Looking like a combination between a rice cooker and a floating mine, the Chasing F1 is a dedicated fish finder. it will go to 30 metres on Wi-Fi but generally operates on a 28metre cable . It lights up the water, videos the scene, and relays the images back to the mobile device app. You get several useful hours of observation on the battery.

Good for the scientist, the curious, and the fisher, though a tad unfair on the fish. I mean, they don’t watch us…

b. The Chasing Gladius 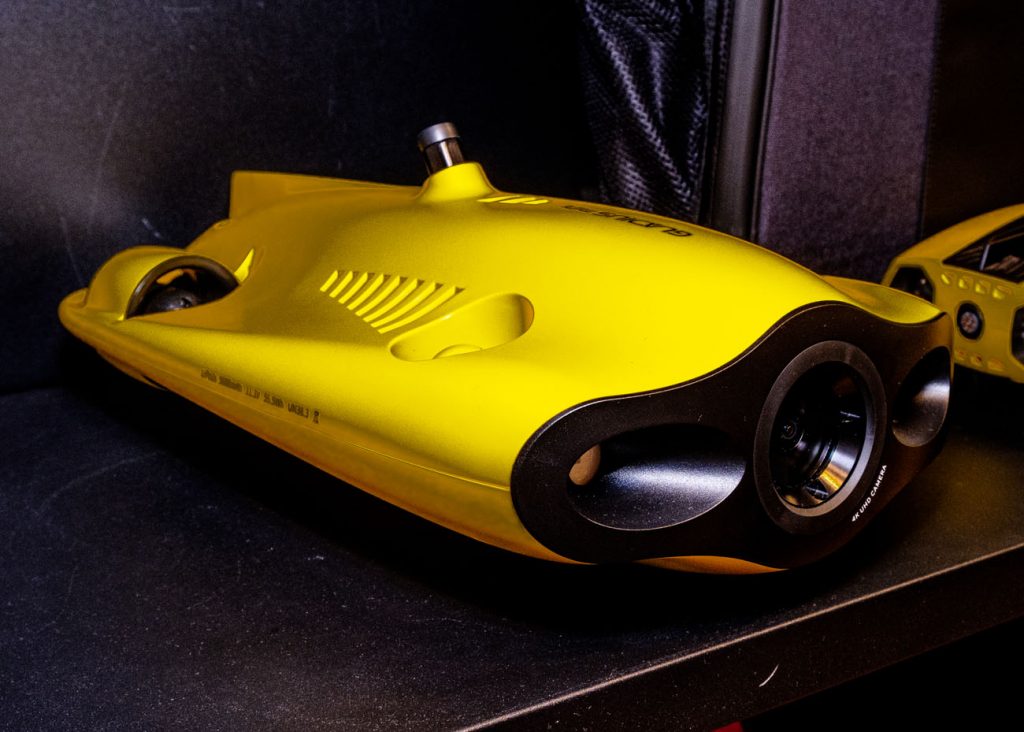 Again a fish finder if you want it to be, but in this case you get a lot more manoeuvrability and abilty to anglyoutr camera for shots. This will take 4K video and 12 Meg still photos.

It still runs on a control cable from your hand-held device, but you can get a very long cable – 100 metres. You can make a serious nuisance of yourself before the Navy come and arrest you. 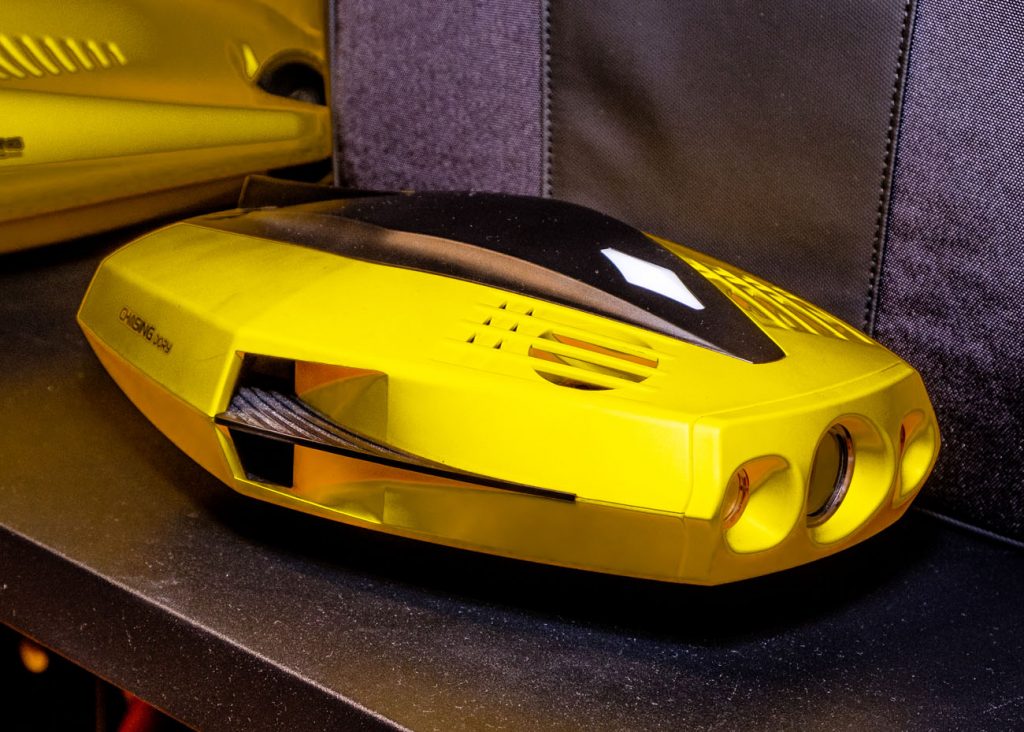 A small, portable, affordable underwater drone. Think a depth of 15 metres and and hour’s worth of diving on a charge. Still not sure about the name, but I’m not going to poke the lawyers about it.

d. Sublue. An underwater electric scooter with a camera mount as well. 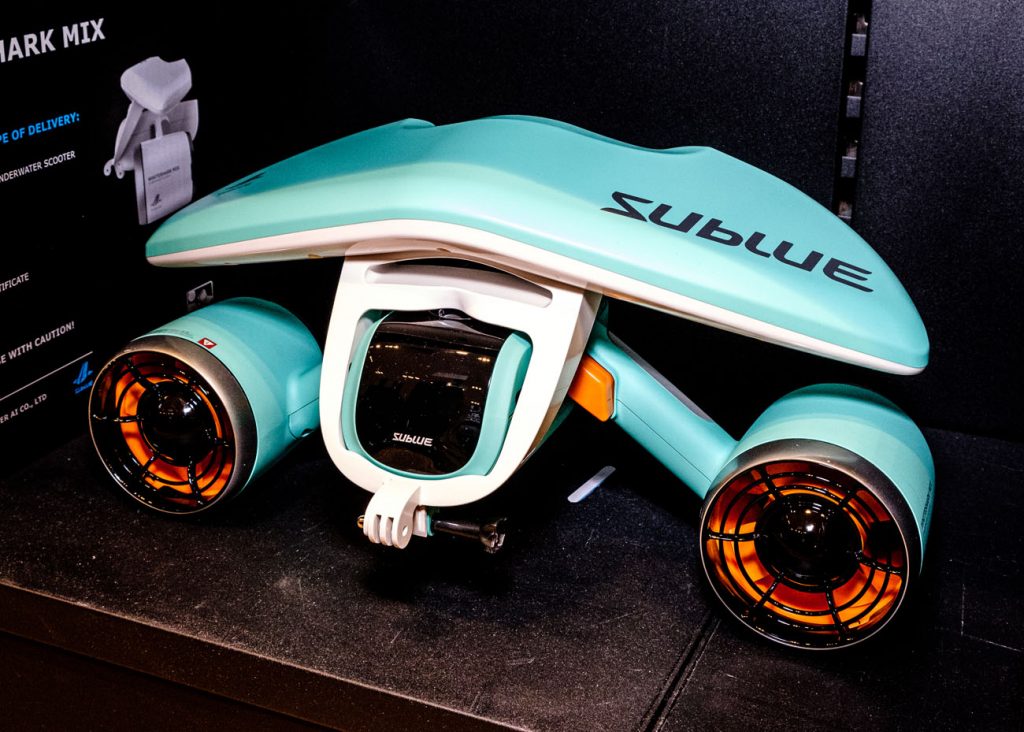 You can travel as fast as a champion swimmer under the water with this one – you hold the two handles like a motor bike and it drags you along. Up and down are controlled by how you angle it – it’ll go down to 40 metres but you probably better not…You get a half hour swimming time with it so plan how far away from the shore you’re going to be when it is finished. 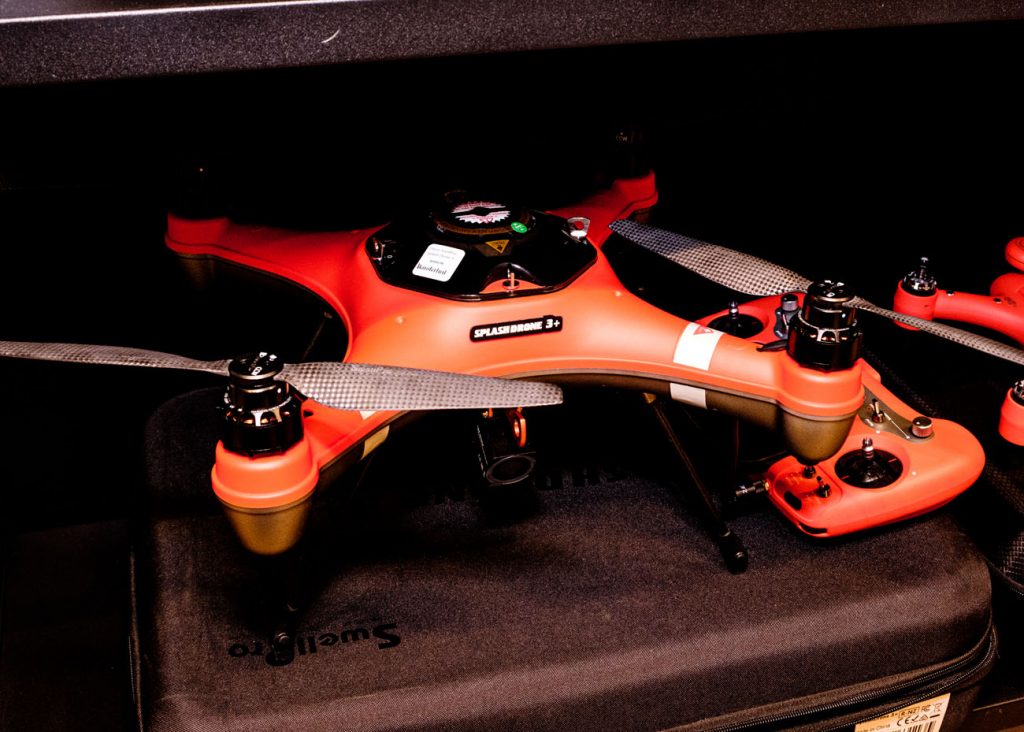 Okay, now we’re talking. This is a drone to haul your line out past the surf line for fishing – hence the splash part of the name. It’s a sky drone so you need to be aware of how to fly it, but it will apparently lift 1Kg and fly for 20 minutes.

I’m not sure how heavy a fishing lure and the associated line is but I did check on the weight of a standard Mills grenade: 765 grams. So river and farm dam fishing is still on the cards, as well as keeping frogmen away from your battleship. You will probably need a licence to buy the Mills bombs and you definitely need the appropriate CASA paperwork to fly the drone. Be a responsible flier.