No, why the ” C ” on the Fujinon GF 80mm f:1.7 lens? None of my Fujinon Xf lenses has a ” C ” on them and they work perfectly well. In fact, I’ve given up off-brand lenses entirely in favour of the Fujifilm product. What gives?

” Simple. Switched to ” C “, the lens responds to camera controls for aperture settings. Just like the little brother lenses such as the 27mm f:2.8 pancake lens, this one can be controlled by the wheel under the right thumb. There is a report in the viewfinder as to which aperture is being selected. If you have your left hand on the focus ring at the time it need not be shifted to alter the aperture ring. But you can choose an automatic response by the aperture to camera metering with the ” A ” setting or preselect the aperture you want with the main ring. From f:22 to F; 1.7 there are positive clicks all along the way at 1/3 stop intervals – positive and smooth. ”

” Well if you think about it, the people who’ve shot any number of other DSLR cameras in the past 20 years have been in exactly that position with some of their maker’s lenses. And they’ve coped brilliantly. Now the medium format shooters using the Fujifilm GFX series can step out with this lens and sweep right along. Remember that the lens is a standard focal length for this sensor size ( inasmuch as any focal length can really be thought of as standard these days…) and the large aperture combined with the high ISO performance of these cameras will mean that nearly every scene is within reach of exposure. 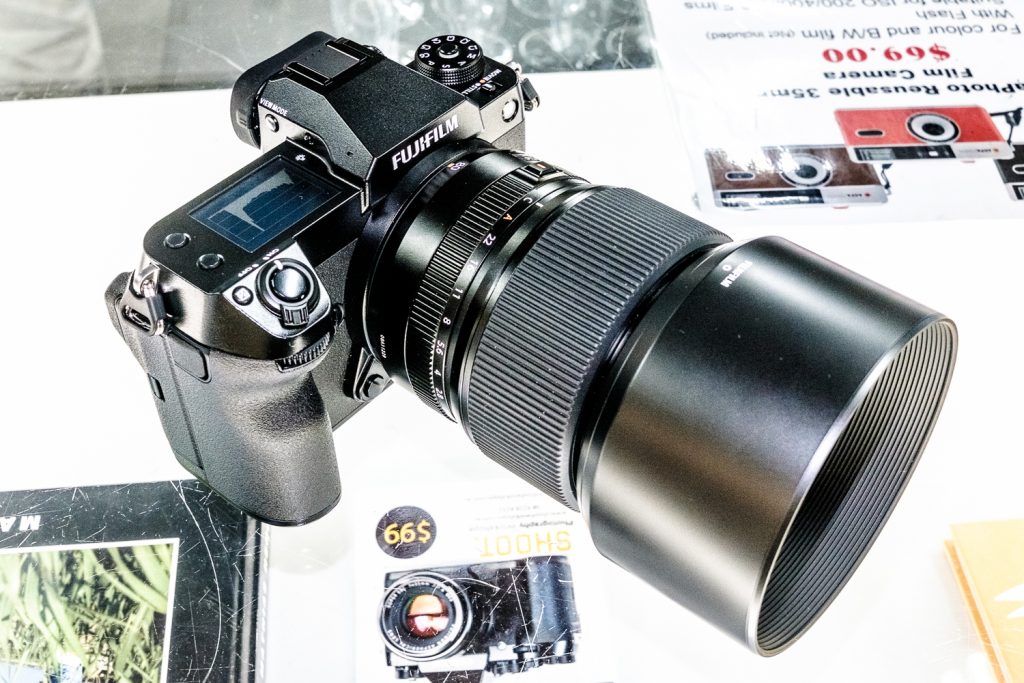 I’d still take along a tripod, but that’s a personal preference. Make your own decision. ”

Gosh, I wish I could. But the home budget manager is the one who makes decisions these days. My function is to obey.

” Are you eating regularly? ”

” Then listen to your budget manager and keep shooting your Fujifilms. ”