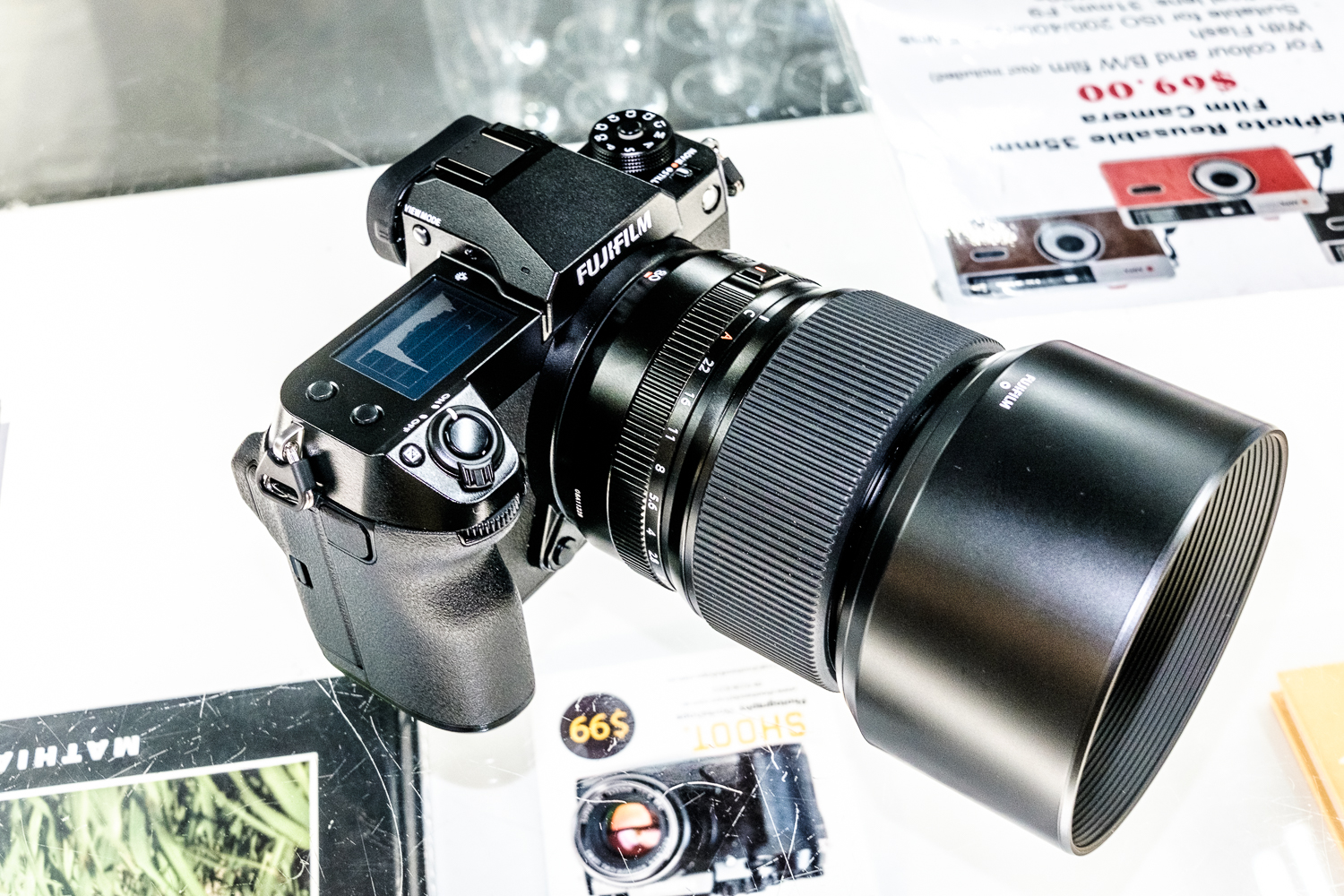 I looked at a sort of a miracle on Wednesday night at CE’s Stirling Street shop – the Fujifilm GFX 100S camera fitted with their 80mm f:1.8 lens. I’d gone along for the usual camera reveal night but was struck by the achievement that Fujiflm have presented to the imaging world; a nearly unbeatable medium-format camera in the size and shape of a standard mirrorless. 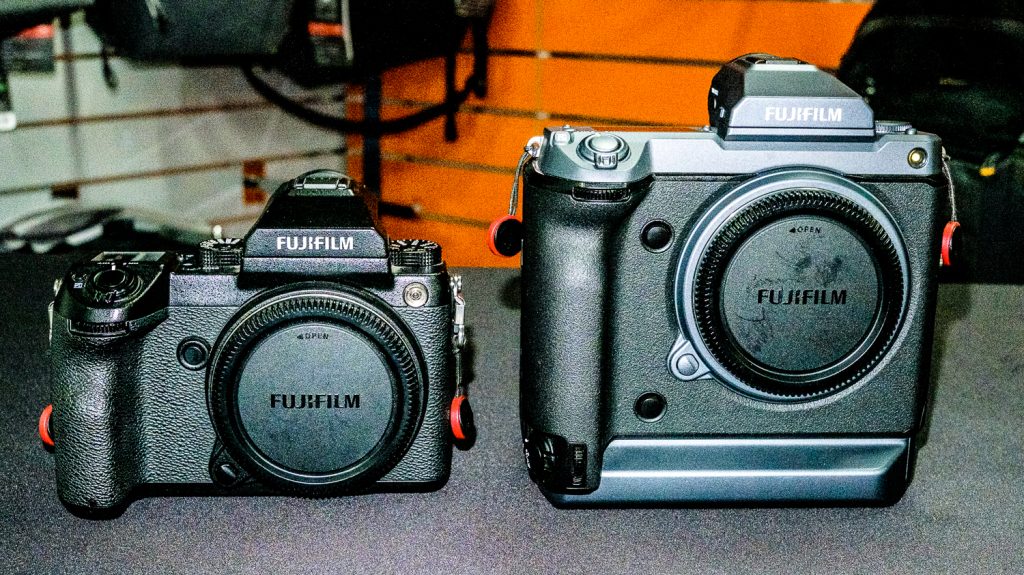 It’s the fourth iteration of the GFX series – the GFX 50S, the GFX 50 R, and the GFX 100 having delivered the medium format goods in the last few years. One was the 50+ Megapixel start of the system, then the compact form body with similar sensor, and finally the 100+ megapixel super camera. Each had a place for the professional or advanced enthusiast, and each can handle the superb Fujifilm GF series of lenses. 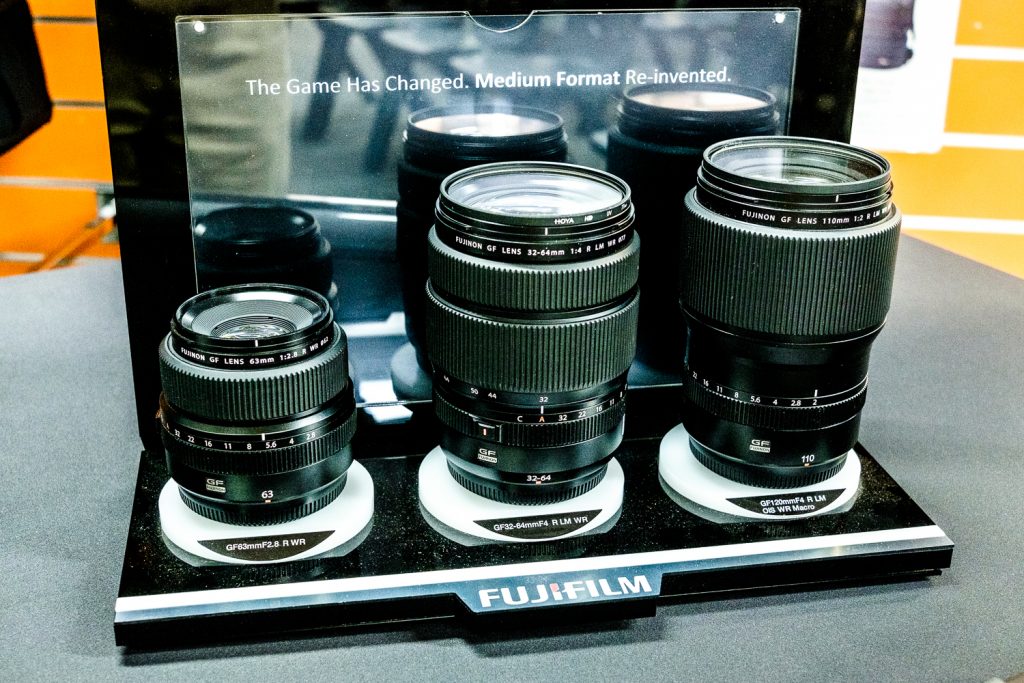 The results seen with the GFX 100 have always been phenomenal – dynamic range and ability to zoom into and image and crop to tiny portions of the image mean that there really is no scene that cannot yield professional results. However, the GFX 100 is …err…of a size. In the way, a block of flats is of size. I should not like to sprint up Bluff Knoll carrying it. It is superb as a camera of position and would be perfect as a studio machine. And it produces over 100 megapixels from its medium format sensor…

Well, Fujifilm knew they were on a winner with pros when they released it and entered it into the GFX system. So they bent to the task of reducing the overall size while keeping the performance – the GFX 100S is the result.

No mentioning other camera names, but you’ll recognise the feel of it as you cradle it in your hands – it has great ergonomic appeal. It is like handling one of the other Fujifilm APS-C bodies but just a smidgen larger. Users of the H series or the X-T4 will be right at home…albeit a larger home. It even uses the battery of the X-T4. Apparently, you’ll get 400 shots out of it. 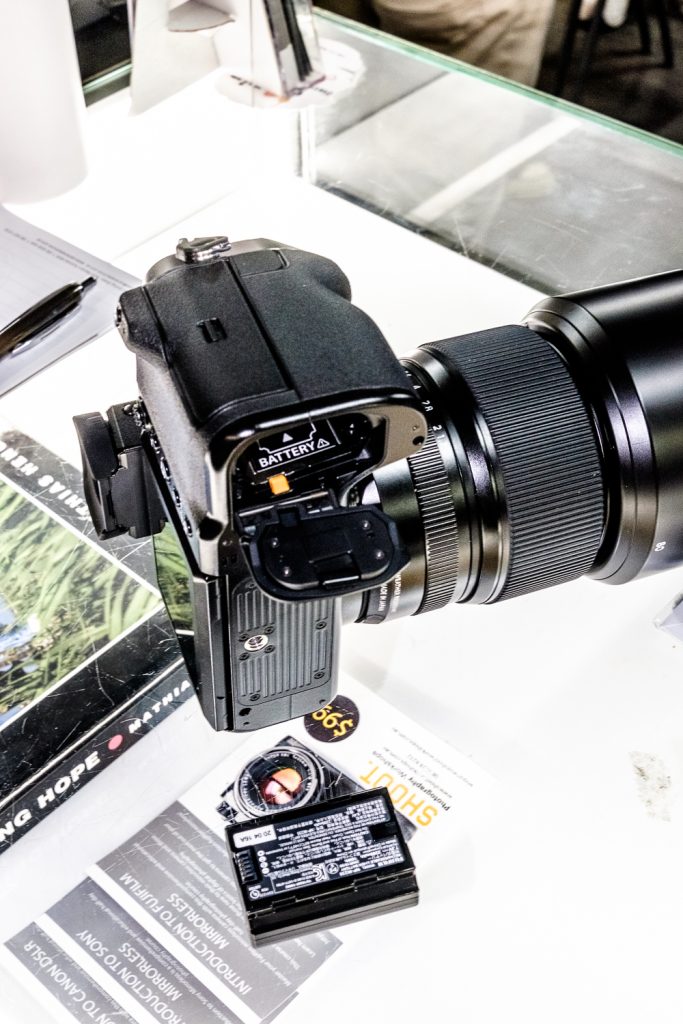 Tilt and swing screen ( far and away the best design, IMHO…) and screen and joystick driven navigation and operation.

The camera wasn’t equipped with a card on the night but it had been out for a run along the Fremantle streets in the expert hands of Russel Ord.  He’s used the previous GFX cameras to great effect in his specialty: 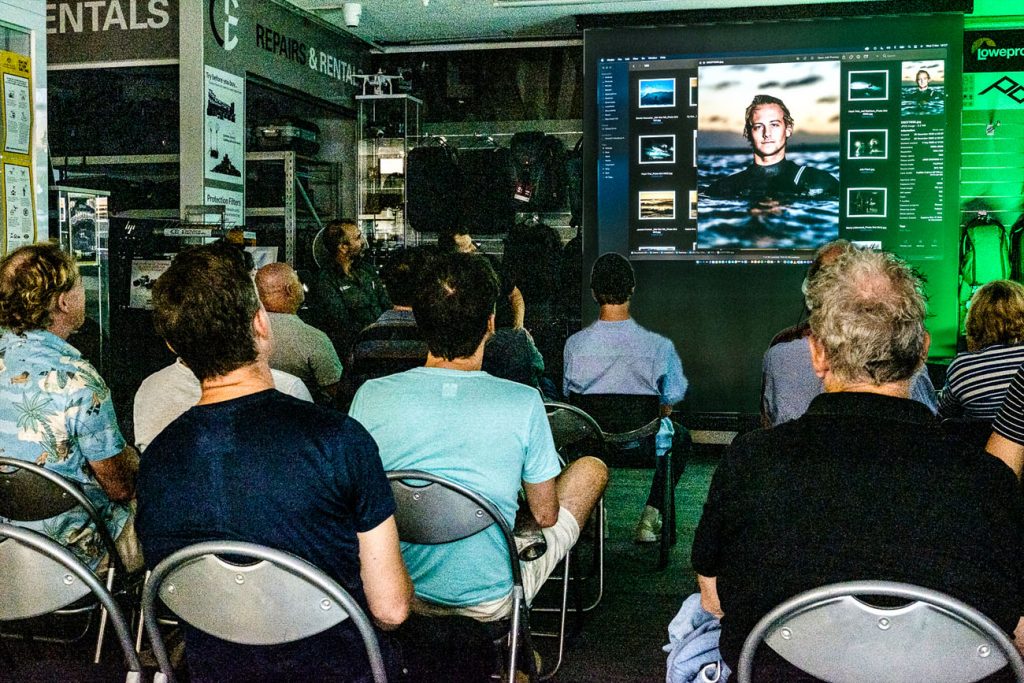 And his assessment of the new camera was very good indeed – particularly with the silent and fast operation as a portrait camera – and as a foundation for serious cropping work. 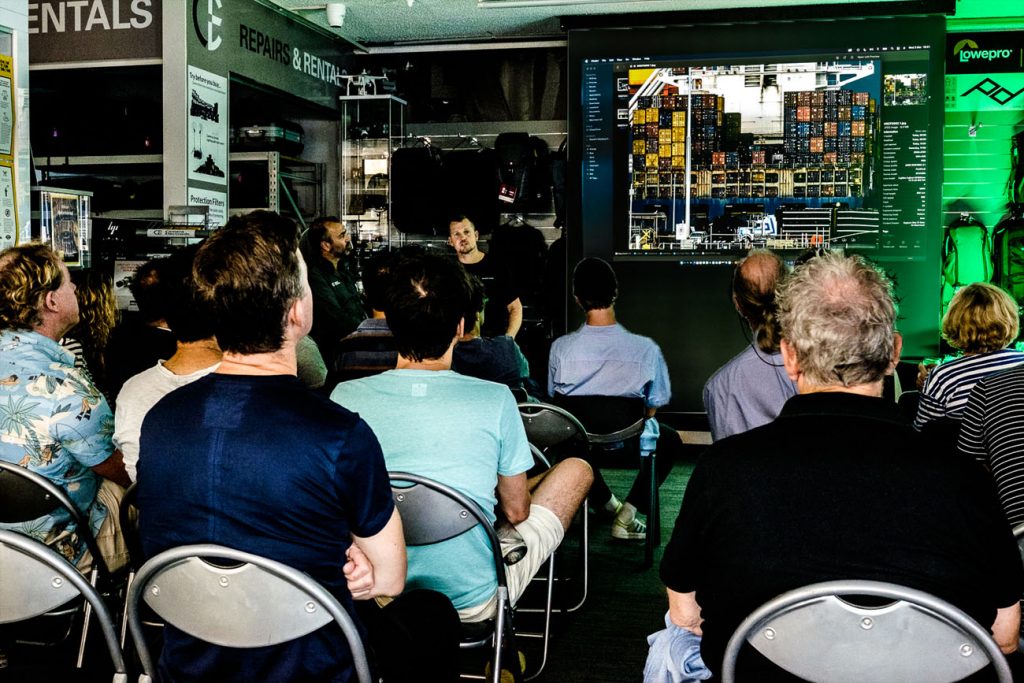 I found it extremely fast focussing – the whole shop was dimmed for the screen presentation but the blessed thing picked focus instantly even in very low-contrast areas. It would be a delight at a natural-light wedding.

Who’s the market? Pros, mostly, and pros who have a steady income stream from large images. Weddings, corporate, portrait studios. Very advanced enthusiasts with deep pockets would love this camera, and as participants in the Fujifilm system they would be assured of continuing support with lenses, accessories, and firmware updates for the future. They’d need a robust computer and efficient workflow to deal with the sheer size and detail of the images, but that’s the sort of project that people who love photography would be prepared to tackle.