That’s a bit different from calling it Auto White Balance, but you can keep reading. It’s all about what happens when you give the digital mule its head.

The light meter on your digital camera ( the mule ) is a very smart part of the mechanism. It’ll look at each scene you set before it and try to make it look good – decent exposure, no lost highlights or shadows, no noise. Frequently it will fail because you have overtaxed its capabilities…and even more frequently it will give back different results with each successive frame. That’s why wise shooters determine what they want first and tell the camera what to do instead of just accepting what comes out the chute. But so many of us use the AWB setting…

It’s hard to get a good result when the people who have made the scene have set up a dominant colour or an overwhelming light pattern. The meter sees and judges and the only recovery from it is a RAW file and some slider work later. Too many disparate scenes and the slidering load becomes a nightmare.

How to step past it? Well, if the light you are given is terrible, supply better yourself. You may not be able to light up the stage of the Royal Albert Hall with anything short of an Army search light, but you can generally illuminate a sales cabinet with a flash. And with a bit of care you can do it with a speedlight.

Here’s what happens when you try the tripod shot with no flash. Reasonable result, but the front element of the taking lens is reflected in the glass case and imprints on the subject. A bit pinky, as the AWB has struggled to cope with the red of the designer’s show window and bring it into line with it’s own internal opinion.

Now we add a speed light with a flash diffuser above it. 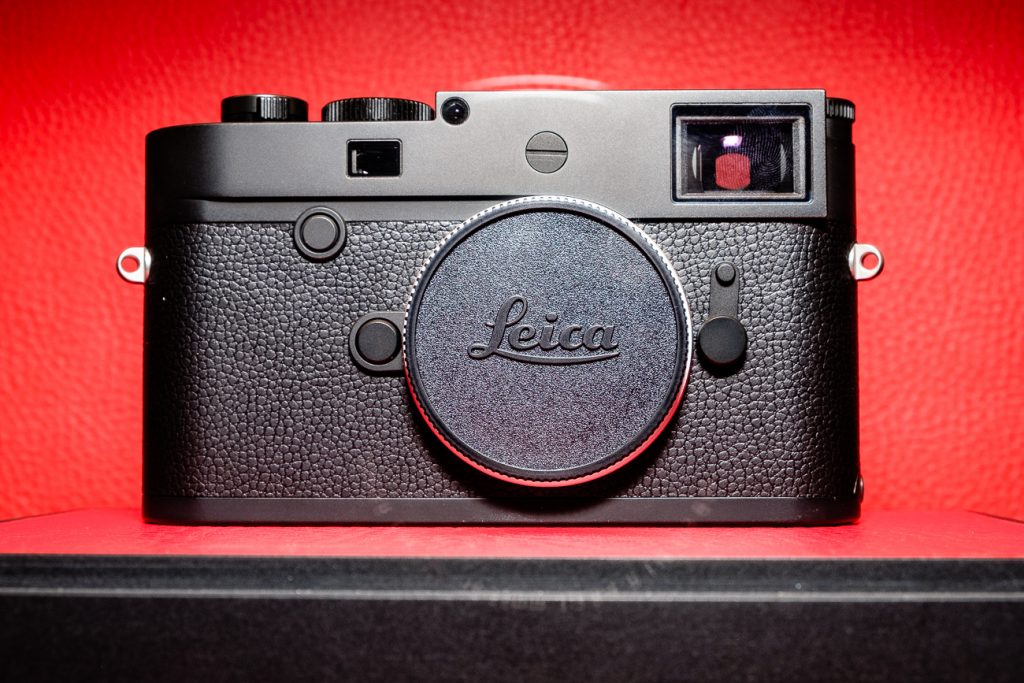 Cleaner in the camera body, but the lens ring is still there. Let’s move to another part of the Leica cabinet. No flash first, and it looks pretty grim. 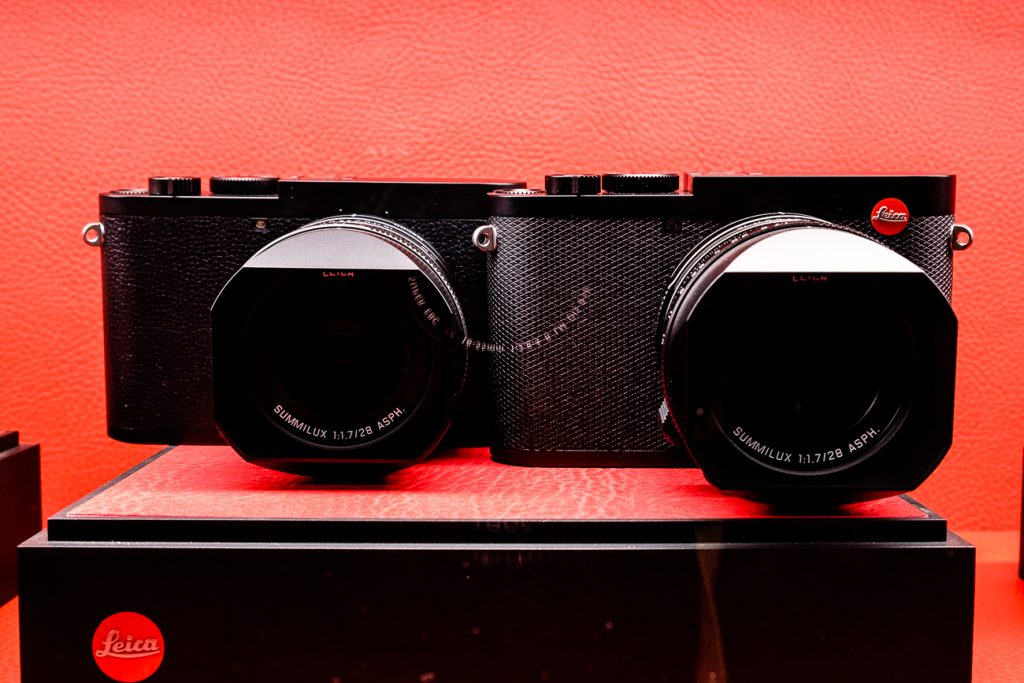 Then a small on-camera flash – the sort that pops up from the top of a compact camera. We see the lenses now but too much flash and surrounding light areas. 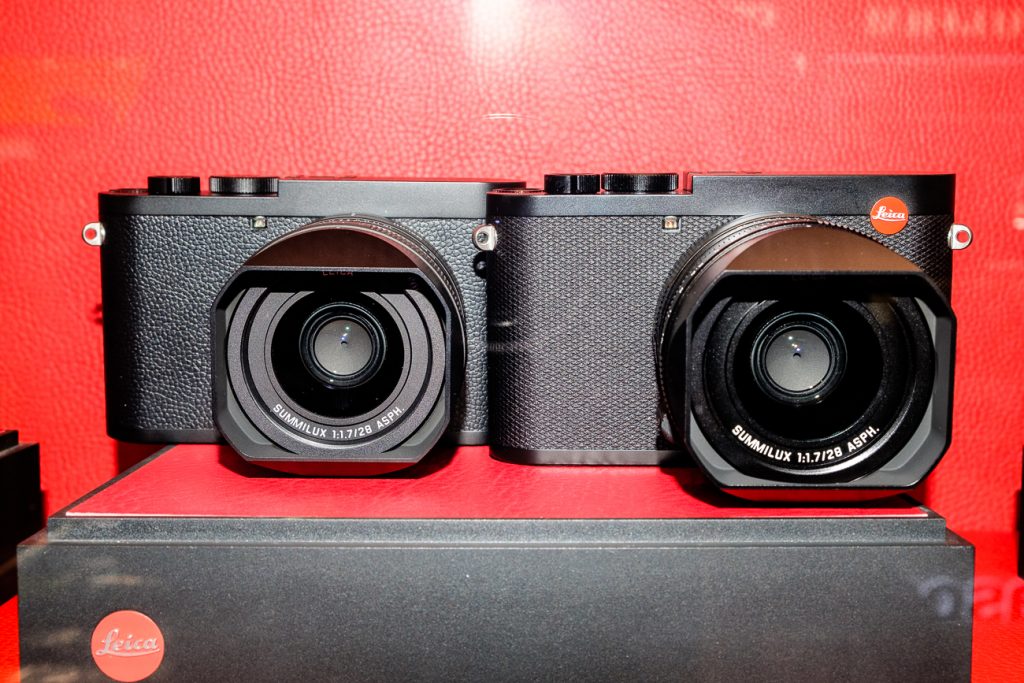 But now we put on the big flash…and we drape over the window with that big piece of felt that was mentioned in our first column. It excludes the light from the other shop fittings and darkens the camera lens reflections. 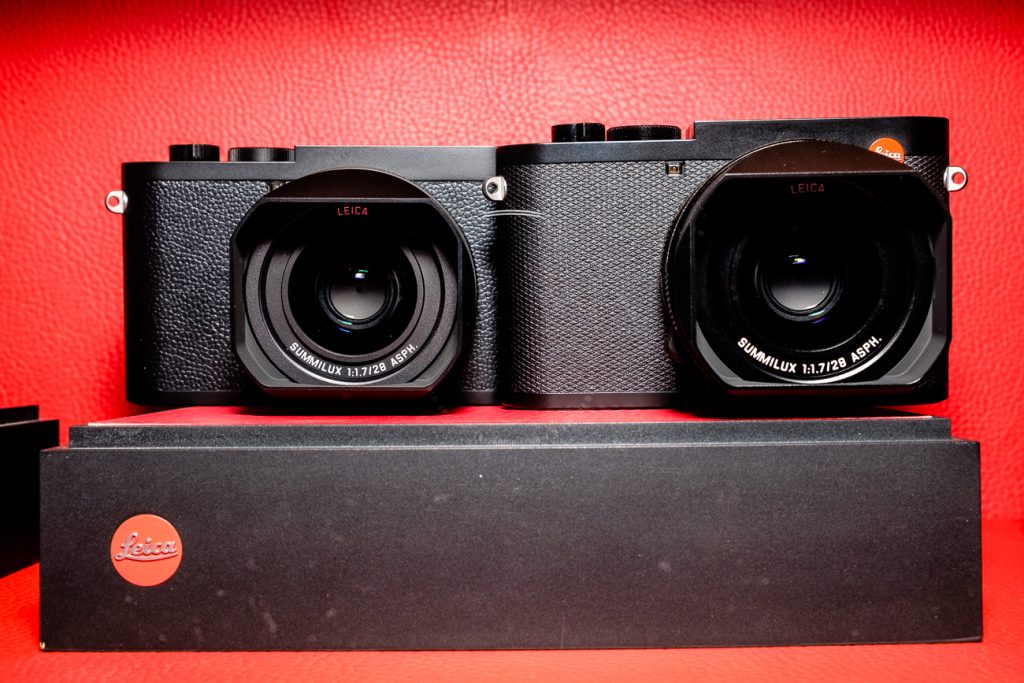 And that’s what we want. Good Leica red. The shutter speed when you use a flash can be 1/125 of a second and you can dispense with the tripod.