Part Four – Looking At You Sideways

Last week’s shots of the shop’s cameras behind glass were taken in the landscape mode. The camera was on the tripod or held with a flash poking out the top. But what happened if the subject was just not a horizontal one? What if I needed to do it in portrait mode?

Well. I could step back to the tripod as before, but with the camera held vertically. Some tripods do this with more grace than others – come experiment yourself, but take my tip of trying a camera cradle with Arca -Swiss mounts on bottom and side and a corresponding clamp in the ball head. Changing from down to up is super-simple. There are several types on the market. Of course the people who invested in Stroboframe camera cradles many years ago could do so without even unclamping a thing…

Well, with the camera on its side, we still have the problem of the front element and rings of the taking lens reflecting from the glass case. Here is where that big rubber lens hood or the felt drape comes in. They effectively make a little dark tunnel from the lens to the glass and every stray reflection disappears. The rubber lens hood could be used very close to display cases; super-portable.

If you do this and elect to attach a speed light, it would be out at the side of the camera. You could direct it to bounce sometimes, and depending upon the angle you shoot from, it might hit or miss. Keep shooting until you get the clear illustration you need. The growls and hard glances from the people around you are only troublesome if you are a nervous type. 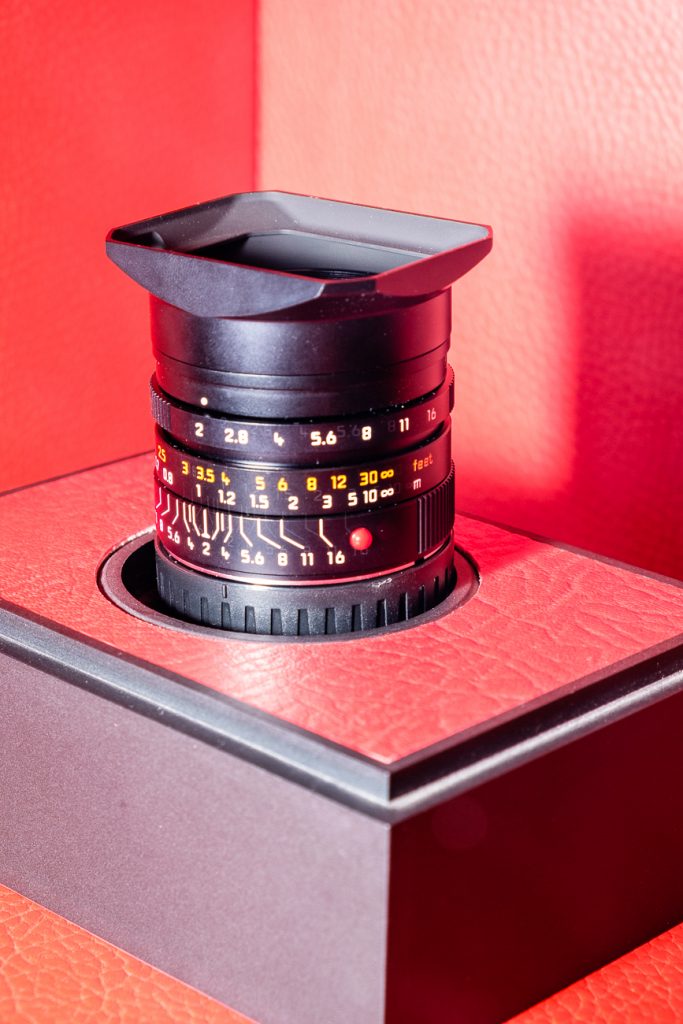 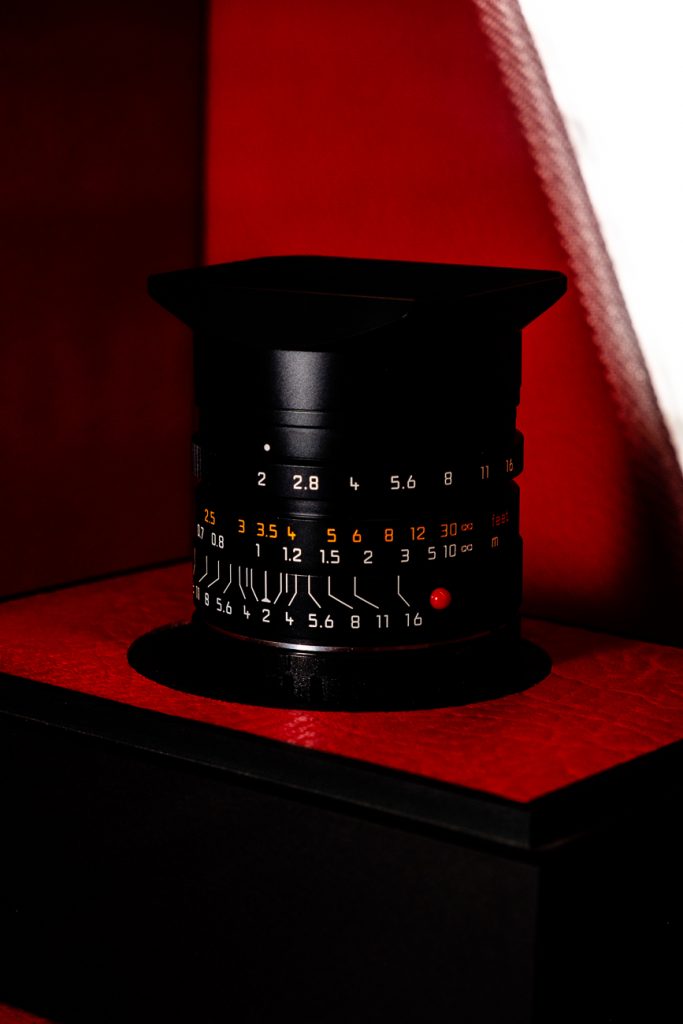 PS: Or come in an buy some Leica lenses and take them home and experiment on them in your spare time. If you remember to have them pop an M-series camera in the bag at the same time you can take lovely snaps.