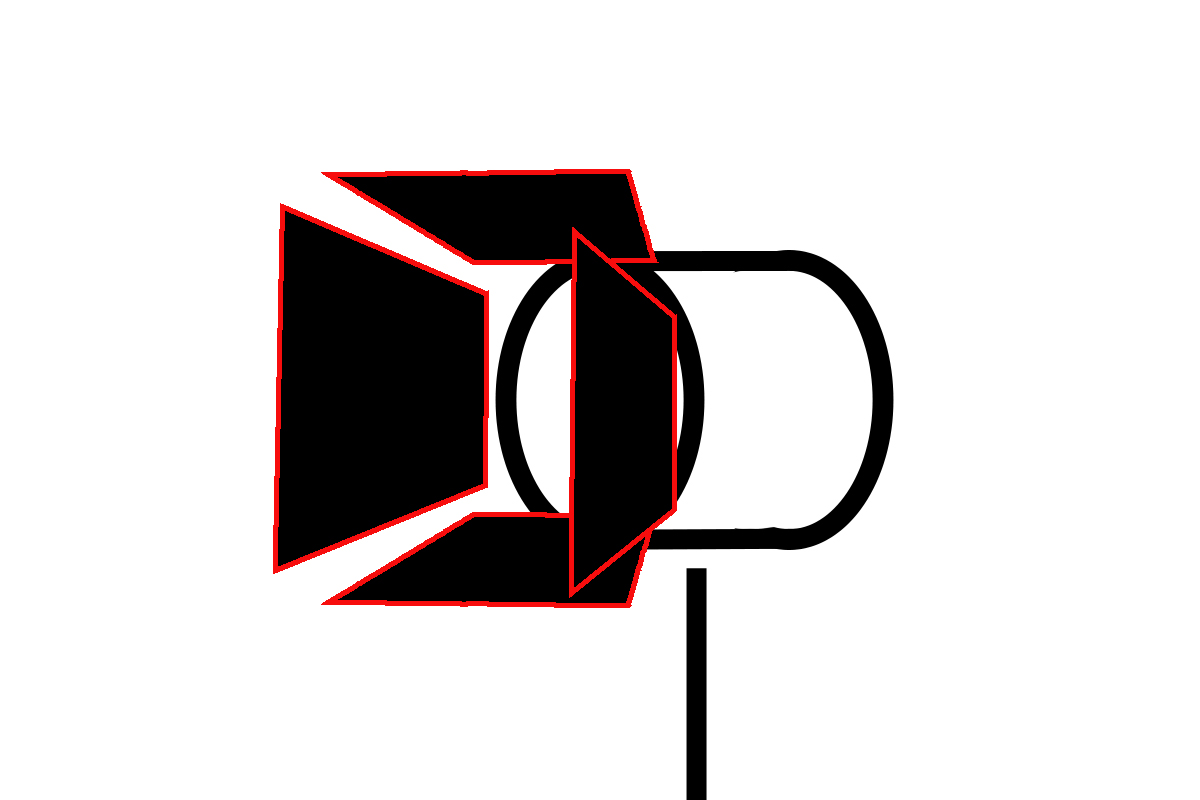 One of the iconic symbols of Hollywood – besides the sign on the hill – is the Klieg lamp with the barn doors. The Kliegs were an arc system and murder on the actors and actresses who had to bake under them – apparently the high UV could cause eye damage. ” Klieg Eye “was a real thing.

The lights had to be directed, even if the players did not. So there were swivel stands and control wheels and moveable shields to cut off part of the light pattern. The most efficient way to do this was with large movable flats but if you only needed shade a smaller area, the ” barn door ” could be swung into place. Whether they were effective or not depended upon their surface area.

This form of light modifier then made it into the studios of still photographers when the studio flash systems were perfected. I’ve got two sets that clip onto my ancient Elinchroms and they are sometimes moderately effective. I found a better set on the back wall of CE in the Profoto accessory rack: 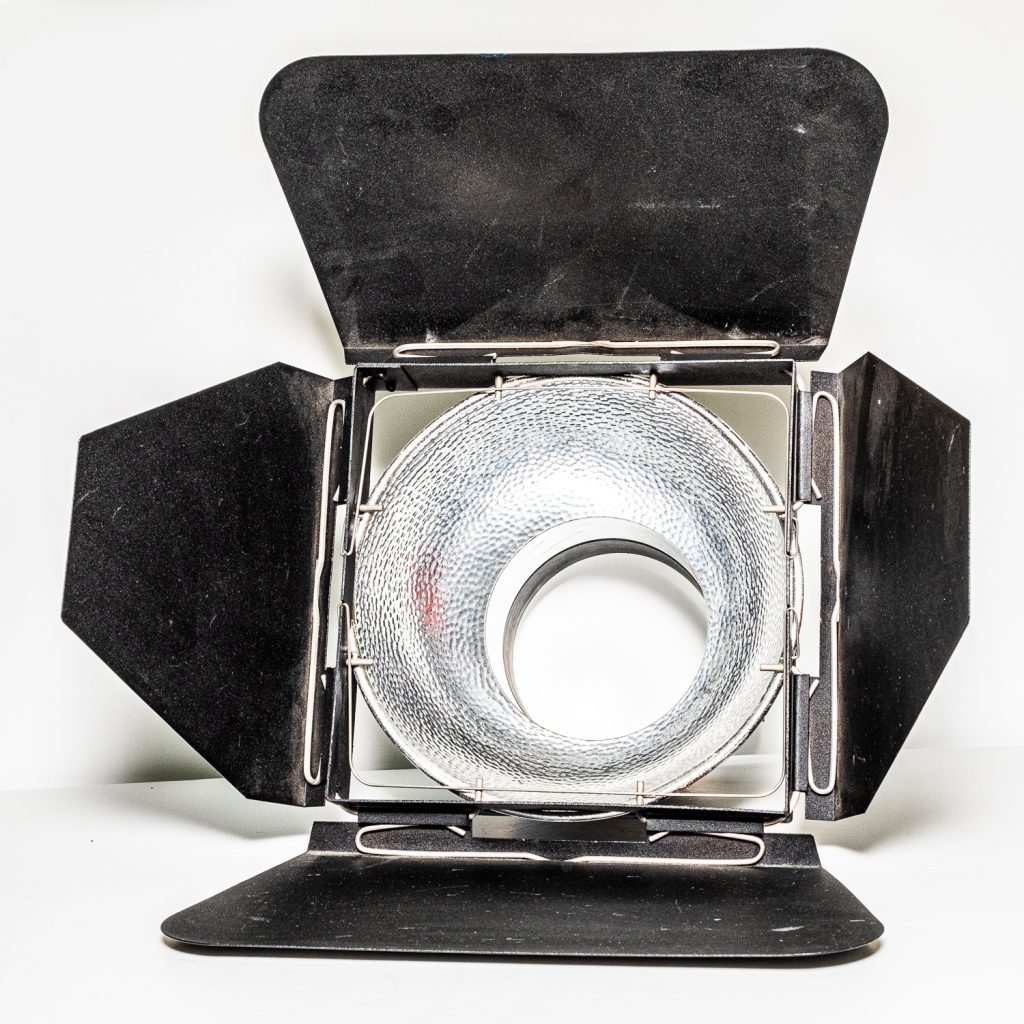 They are big enough and tight enough at the seams to work effectively. And the fact that a Profoto accessory can be mounted at any point down the tube of the light means that you can concentrate the beam even more. It’s not a fresnel effect, nor yet a snoot, but it can be readily varied as you watch the modelling light. Profoto have one of the cleverest and most secure accessory mounts in the business.

Your Hollywood glamour stars may very well benefit – and at least they won’t be getting conjunctivitis from the studio flash!