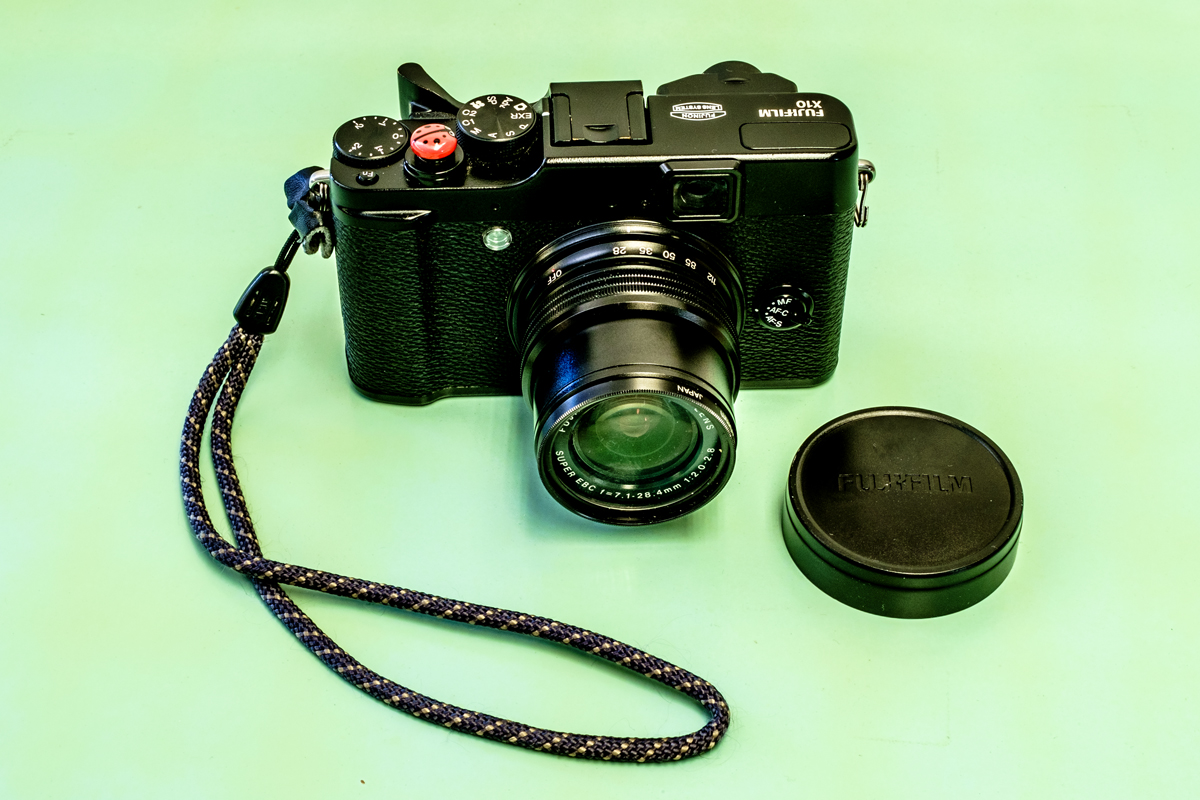 The daughter has just returned from a trip to Japan. It was a short visit, but as she speaks a little of the language, an enjoyable one for her. As it was a quick decision affair, I grabbed one of the spare cameras to send her off with – a dear old Fujifilm X10 that has been serving since 2012. You’ve seen weblog pictures taken with it years ago here on your screen.

My first worry as I sent her off with it was the battery supply – the camera batteries were small in those days and these have aged. But the Fujifilm charger could be configured for the Japanese 117V system and I figured out of five of them, at least two should work. As it happened, they all did, and there was never a time when electricity wasn’t available.

The second concern was the settings that the camera would shoot with. I dialled up RAW and jpeg initially and then saw that it would eat up a great deal of memory. So I opted for large fine jpeg and then went through the menu turning off anything that would confuse the processor. The camera has a setting called EXR that is one of those semi-intelligent auto mechanisms and I tried it out on scenes around the neighbourhood. It seemed to nail nearly everything pretty well, so I settled on that.  A quick kiss, a drop at the airport, and two weeks of peace around the house…

The results that came back were shown on the television in the lounge room the week she returned. I was staggered at how well the Fujifilm camera from those days did – the colours were excellent and the focus was, for the most part, dead on. I hasten to add that I’d expect as much from similar Nikon, Canon, Sony, or Olympus gear. It really shows that you can send an amateur to do a professional’s job and the world will not fall apart.

Didn’t want to read that? Shook your professional dignity? How dare I…etc?

Well consider. This was a tourist doing tourist things – but doing them with some sympathy for the local scene she went into. She did not want art, though some of the images brought back are certainly that. There was no attempt made to do anything more than zoom and click. And for the most part it worked. Apparently the use of the camera – and other digital devices – did not impede the enjoyment of all the other things that life has to offer; food, drink, shopping, gawking, deer parks, and sumo wrestling.

A moral? Do not disregard the older camera you may already have. It may serve you well. If you are not thoroughly and totally familiar with it…find a method of setting the controls that will allow the camera to do most of the hard work for you. Do not be proud and try to twirl every dial, every time.

Monday, I will destroy this moral.