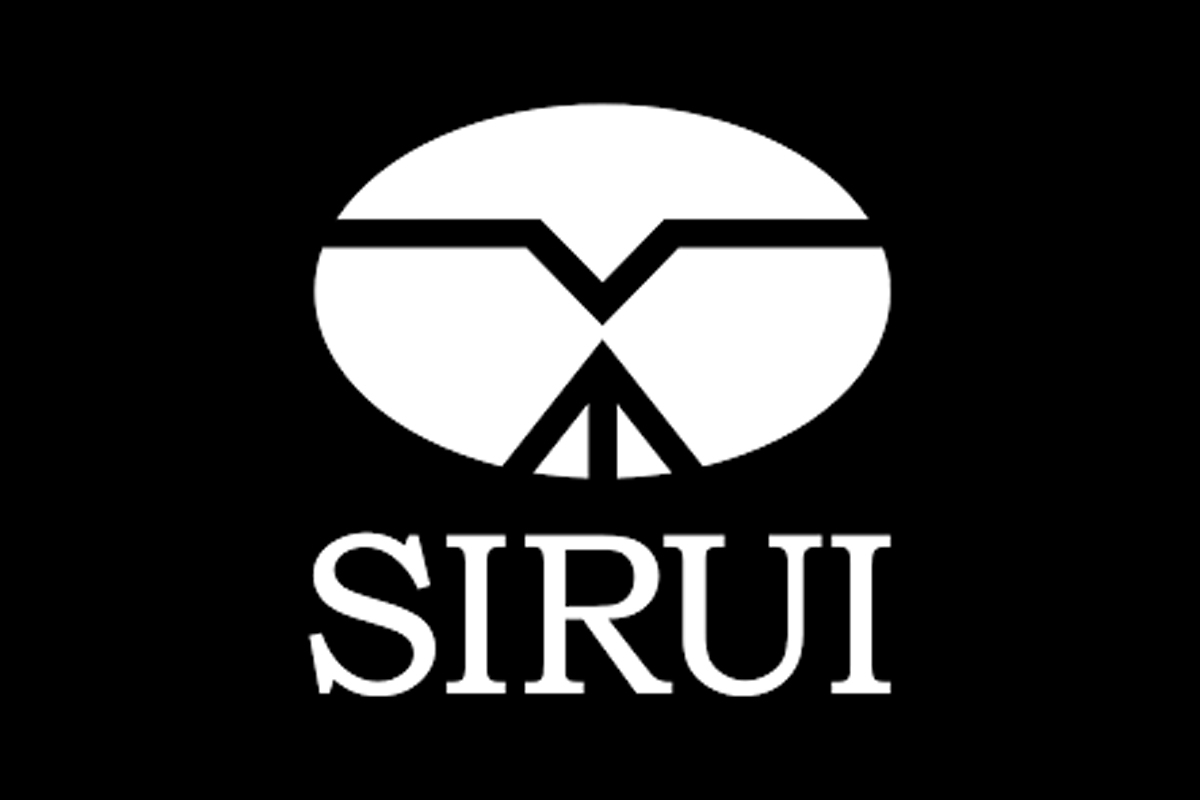 No surprise that Sirui Optical is a Guangdong company – the products they turn out are excellently made – but it was interesting to google up their main site and see that they’ve been putting things on the market since 2001 and that they’re also selling humidity control cabinets. I’ll bet they sell like hot ( and wet ) cakes in southern China, given what we see of their weather conditions.

The two products today are concerned with tripods, though they are accessories rather than the tripods themselves. Of course we have a good range of those as well in store but sometimes you need a little more than the basic three legger. 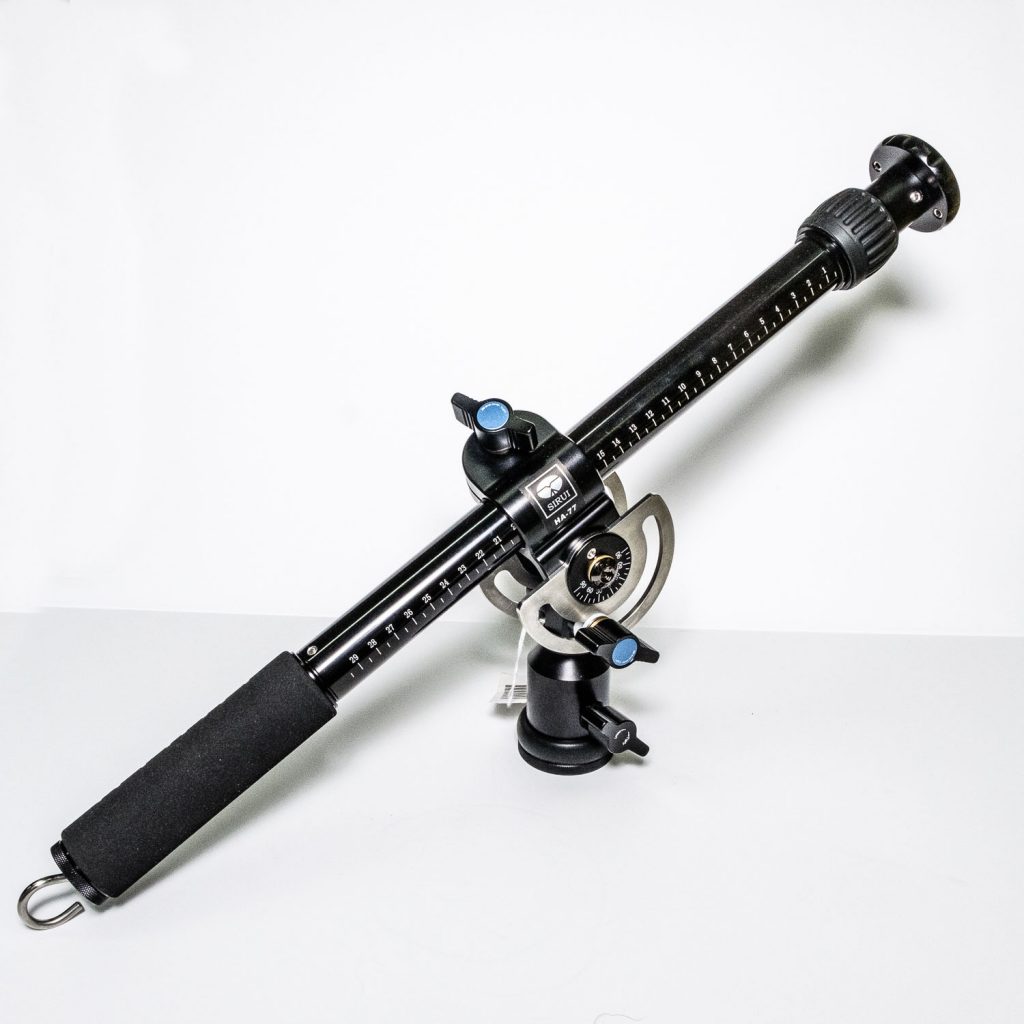 This arm is designed to attach where you would normally put a or three-way head and it lets you move the action out and away from the centre line of the tripod. This is no new thing – I have a similar accessory for my giant Gitzo Studex but it is a much cruder casting and can only allow 90º displacement from the vertical. 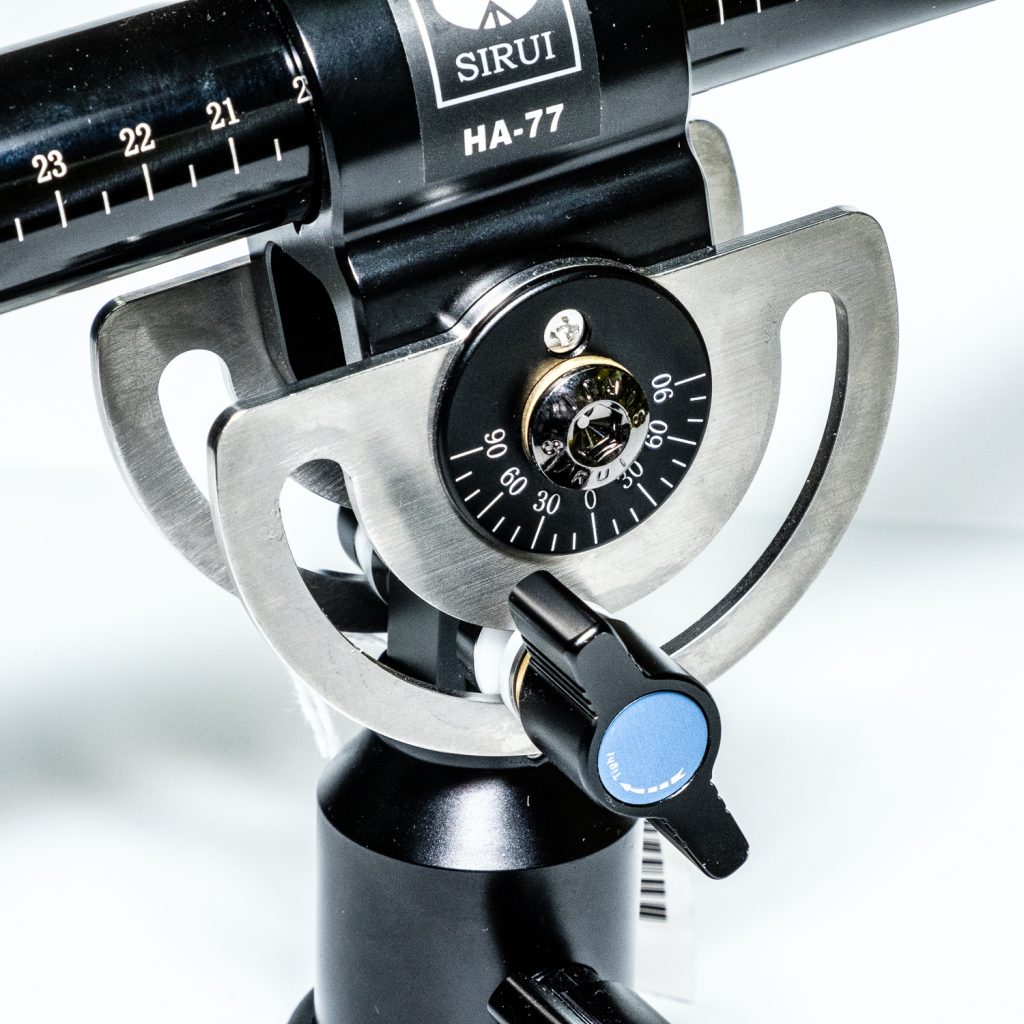 This Sirui HA-77 unit tilts as well as slides sideways from the centre-line. You may go a considerable distance to the side with the extendable arm and Sirui have realised that ye canna alter the laws of physics, Captain. There is a considerable hook on the back end of the arm from which you may suspend a bag or other weight to compensate for your camera at the working end.

I should say this would be comfortable with most medium-weight DSLRs and all mirrorless cameras. Macro workers and tiny wildlife shooters will immediately recognise the usefulness.

Product shooters who have to do down-table shots will also appreciate it. You can make jury rig arms for some of your shoots but it becomes perilous the more you try to extend out – better to get a proper rig that will do it safely. I’m all for making your own gear with Bunnings offcuts and a step ladder, but I am not going to press my luck too far. 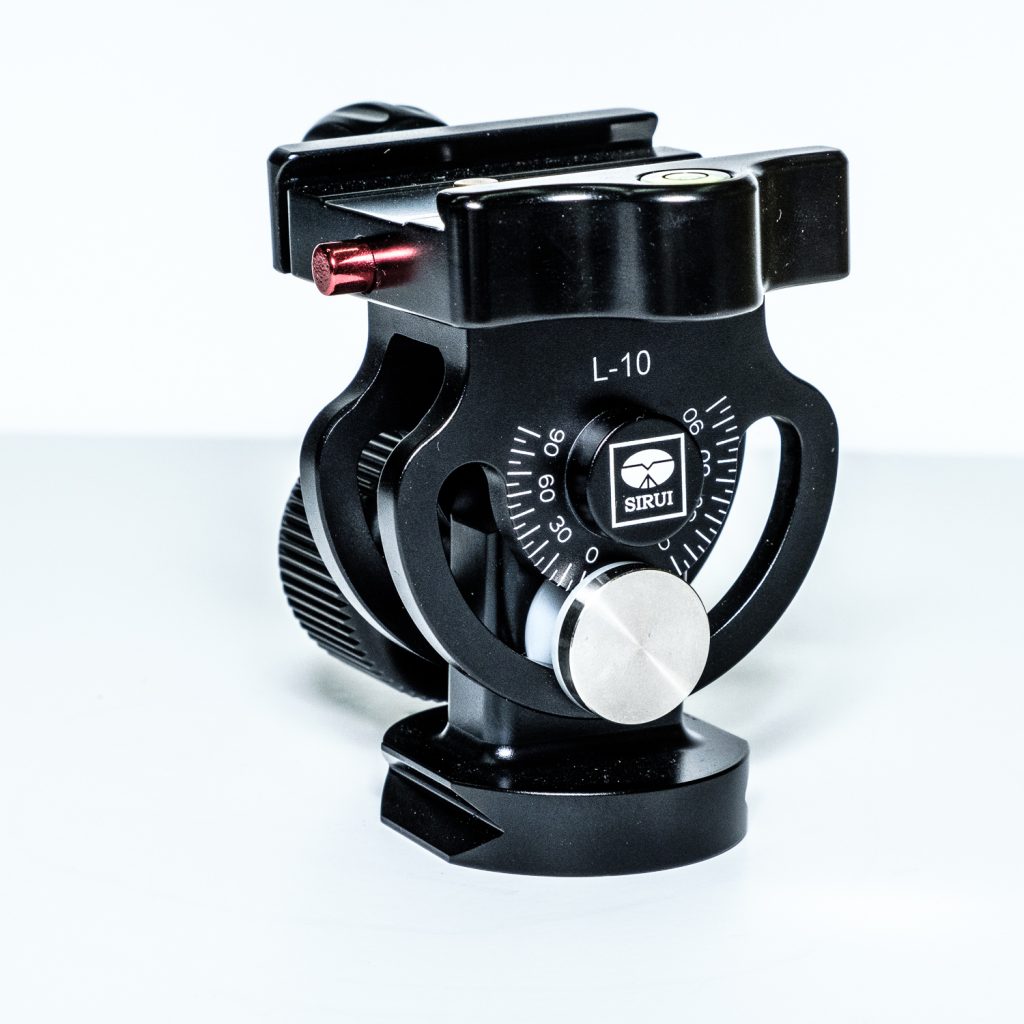 A somewhat similar swivel joint on the L-10 but in this case it is designed as a monopod head – tilting in one plane. That’s an Arca-Swiss-sized foot and head so you can mix and match it as you like. There’s also a treaded socket under the foot so it could go on a standard set of legs as well. I use monopod for long shows and a tilting head that allows me to dodge sideways for portrait orientation quickly. If you can push the monopod fore and aft to get your tilt, it is as good and faster than a ball head. 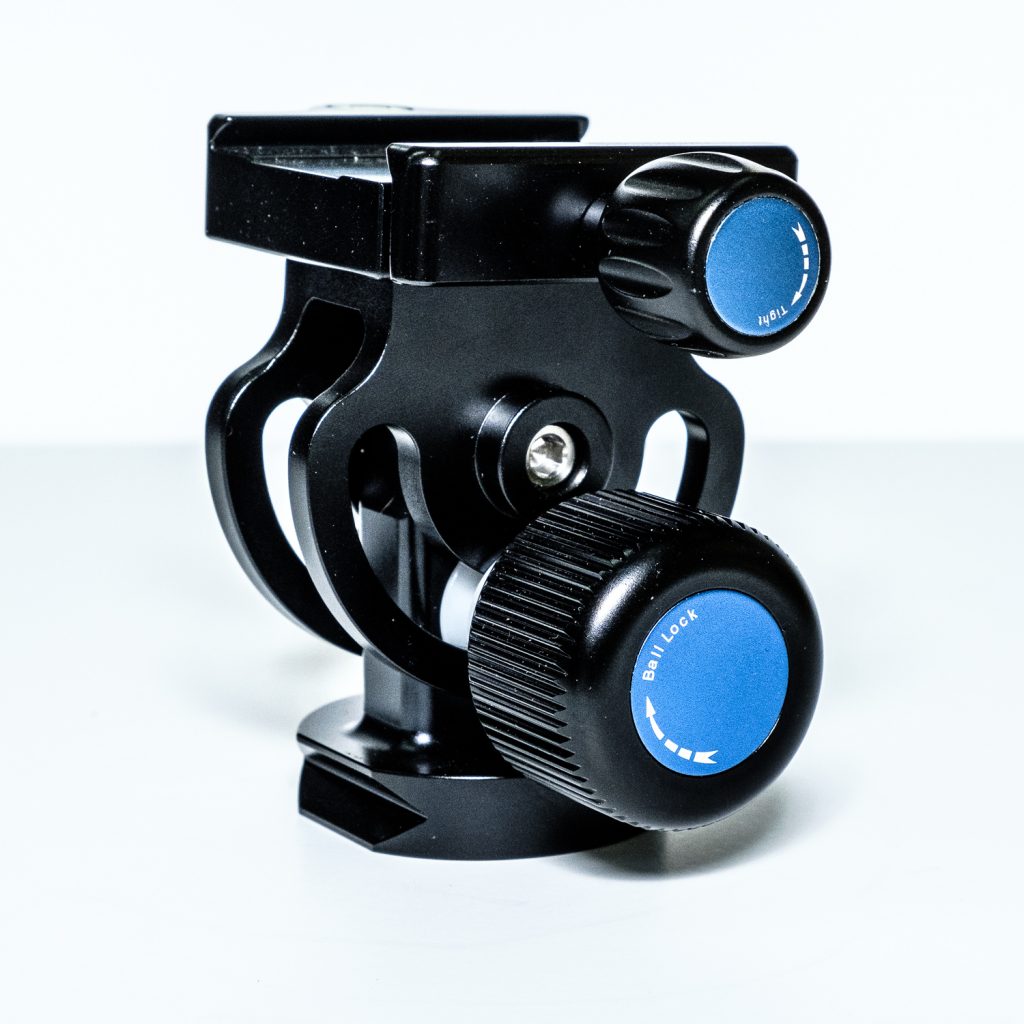