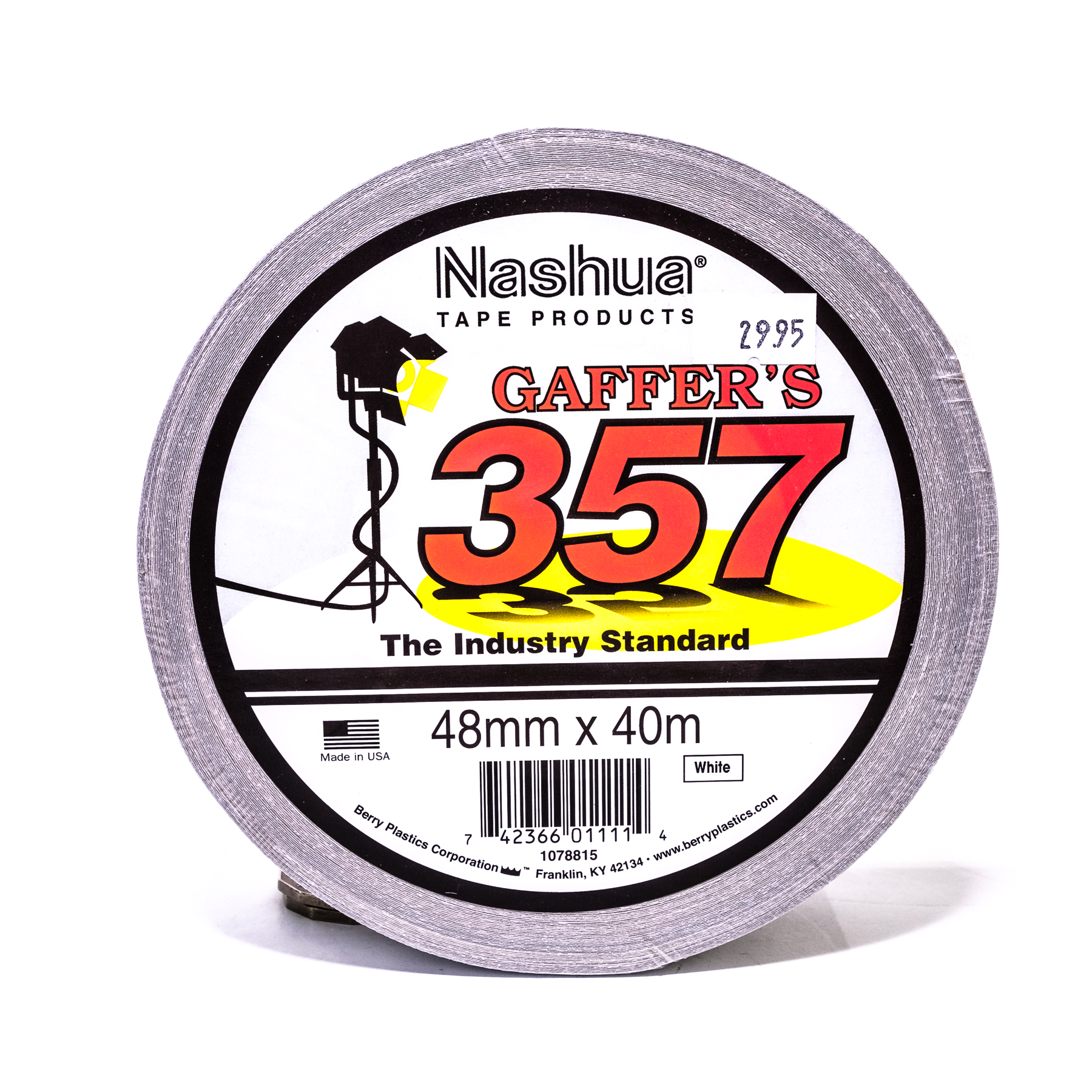 13 Nov The Round Touit

Cue old jokes and puns. Then cue canned laughter. Now get on with it…

Looks like gaffer tape is back in stock. This is the Nashua version of it and puts an apostrophe in the name – possibly to avoid a trademark fight with someone. I’ve seen similar products referred to as gaffa tape and suchlike but I’ll leave the debate to the lawyers. I’ll just stick to this stuff …confident that it will stick to me. And the floor, benches, light stands, models, cat, and anything else it reaches.

Do not confuse it with duct tape or other substitutes that you buy in large chain hardware stores. They might tape ducts but they do not work half as well for photographic purposes as this stuff. Especially do not be tempted to do gaffer tape tasks with masking tape or packaging tape – trouble will ensue as the weaker substitutes unstick or wrinkle up – or worse – leave their residue behind.

We’ve supplied this tape since forever, in cases as well as individual rolls. It can be had in black, silver, and white. Possibly in other colours as well, and I would welcome bright orange or safety green for some tasks in the studio.

It’s cloth-based with a very strong adhesive that stays strong for a very long time. It’s the go-to choice for studio equipment security and the sort of quick-build that you do with matt boards and Foamcore sheets to flag light. If you are not a clumsy monster some of those quick builds will be doing service a decade later and the gaffer tape will still be stuck.

Used as security tape, it has protected electrical cords as they snake over floors for decades and kept the owners of the cords out of the courts – people can trip over anything bumpier than a piece of sandpaper. It also doubles as a safety loop if you are securing things overhead. You can’t sling lights with it but you can tape down the real light sling and make sure it stays put.

It has functioned as impromptu costume elements for years – in one memorable case being wound around a glamour model to fit her into a corset. She is still alive, but how she breathed during the shoot is a mystery. She didn’t bend, that’s for sure. And no, I have no idea how she and her dresser managed to unpeel the stuff – they did that at home. I’ll bet there were screams.

It has prepared, armoured, and disguised cameras and flash rigs. Drawn costumes tighter and made pleats drape as they should. Stuck together impossible tabletop sets. Fished wayward jewellery out from under immovable couches. Even acted as an impromptu bandage when the first-aid box was empty.

Buy a roll –  with any luck you’ll always be stuck with it.