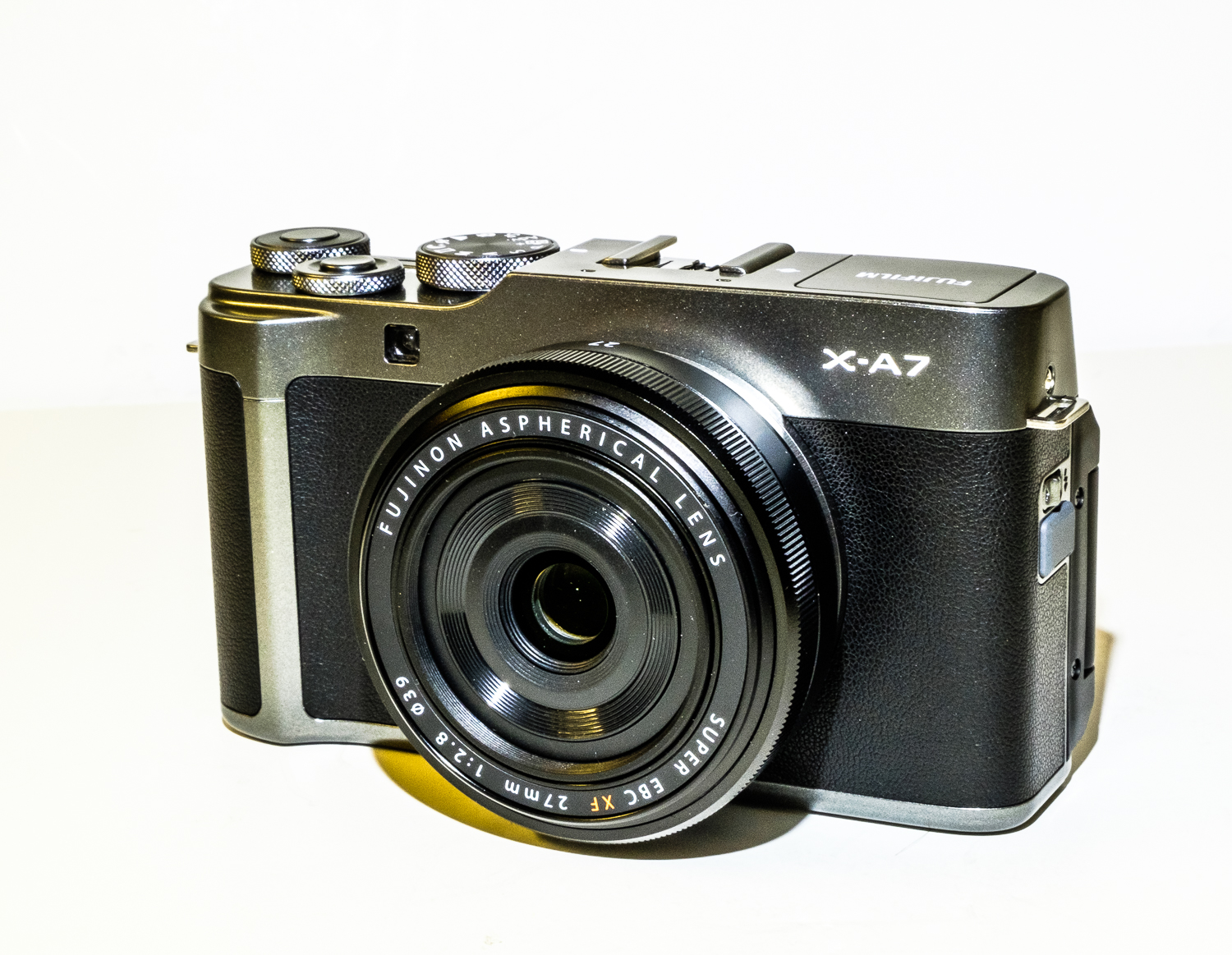 This may be the sort of thing that we would be glad to hear at a car-crash site…but would we feel quite as relieved if we heard it in a bar in Las Vegas…?

Or, for that matter here, in Perth at some photography affair. It’s not unknown, you know, and I find it will clear the buffet line enough to give you a chance to get in and get the satay prawns.. Or so I’ve been told…

But do you need to pull out the Pro card and wave it when you want a new camera? Particularly if you intend the purchase to go on holiday with you. Can you look at the parts of the maker’s catalogue that are intended for the punters, and not go all proud and aloof? Yes, you can. And the reward that you get will not be merely a financial one – you may be letting yourself in for a lot of fun.

Amateur shooters can talk amongst themselves while I type this next paragraph. It is aimed at the old-school, hard-shell, AIPPAIAOAIPAPA member who would never admit that they ever used an AF camera in their lives. The sort of optical craftsperson who sets every criterion of every pixel by hand with a wooden mallet and gauge. The sort who have autographed portraits of Daguerre on the dining table during dinner.

Friends, you can skip the last 100 years and embrace the new century without shame. You can use a small entry-level camera and enter into fun. No-one will judge you, except your peers, and if you know what their sins are, you can retaliate. Go-on…come to the light side of the darkroom.

Okay, now we can proceed. I encountered Warwick William’s mint green ( looks like blue ) Fujifilm X- A7 at a Fujifilm night and was impressed with just how sweet it looked. It’s got a light zoom in the kit, but Warwick’s example had an 18mm XF lens attached – and that gives a clue as to what might be done. It was cool, carefully built, and just the right size. 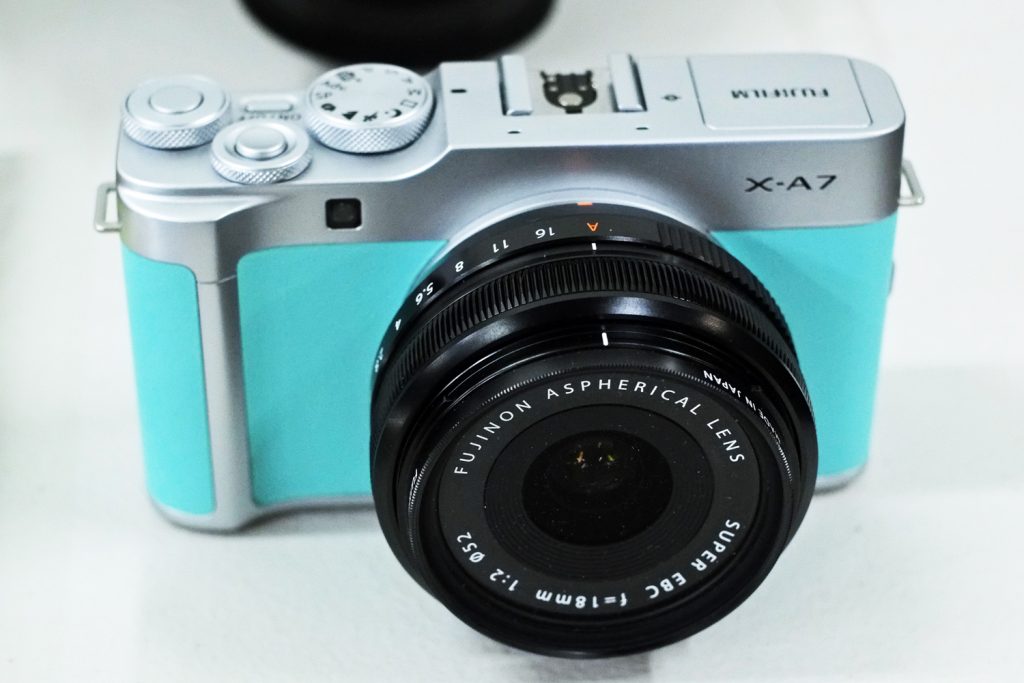 The next encounter was the grey version seen at Murray Street CE. Here my favourite pancake lens was attached and the colour combo made it look even smaller. Note the swinging screen that has quite a bit bigger architecture than you’d expect. This is possible because there is no D-pad to use up the back panel. You get a great little joystick and a touch screen. I used the former but acknowledge the latter may be more familiar to the mobile phone crowd. 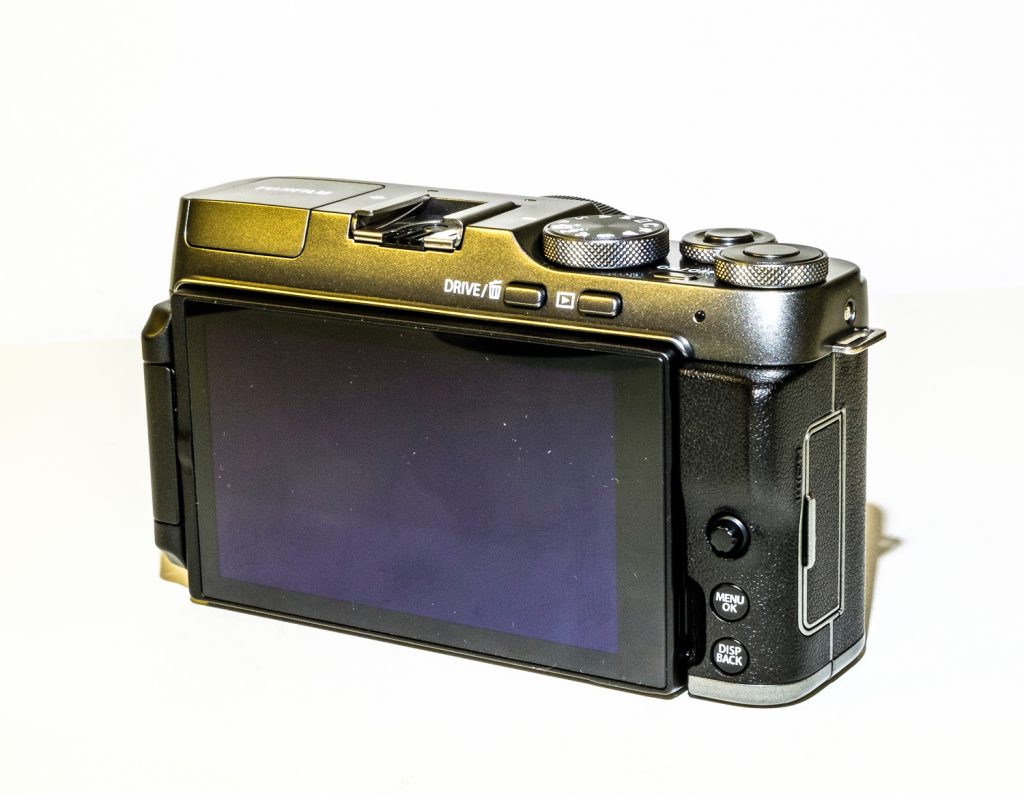 I wish to stand up publicly and cheer for the decision of Fujifilm to include the tube-on-a-pantograph for the internal flash. This is also on my venerable X-E2 and it is by far the best option for fill-in and small product illumination. The flash-in-the-body of the X-100 series is a nice thing, but never far enough above the axis of the lens. It’s Red-Eye City in portraits. You can get away neatly with the pantograph design. 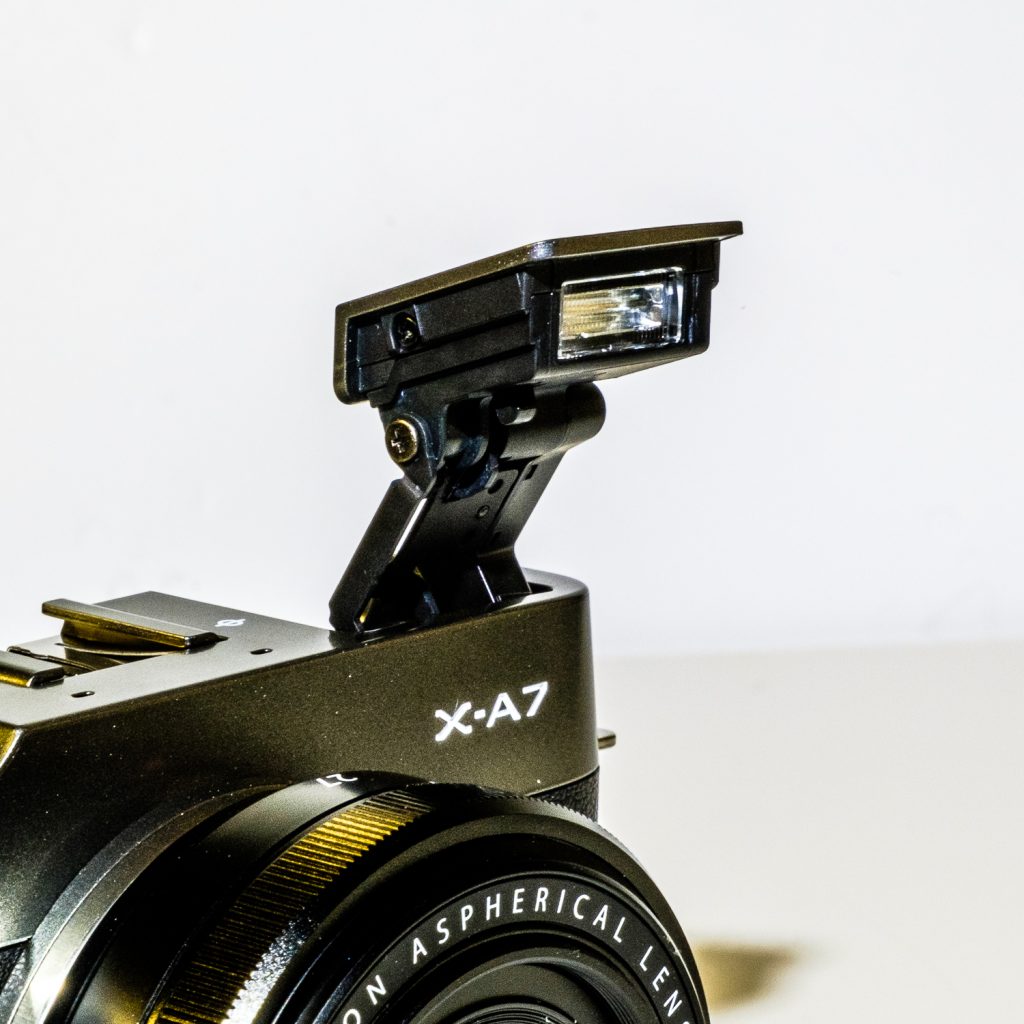 I also want to applaud Fujifilm for giving us the option of the swinging and reversing LCD screen. Of course, people need to look into it to see what they are pointing at, but the option to reverse it and house it flat against the back means that we can do something a bit cheeky… 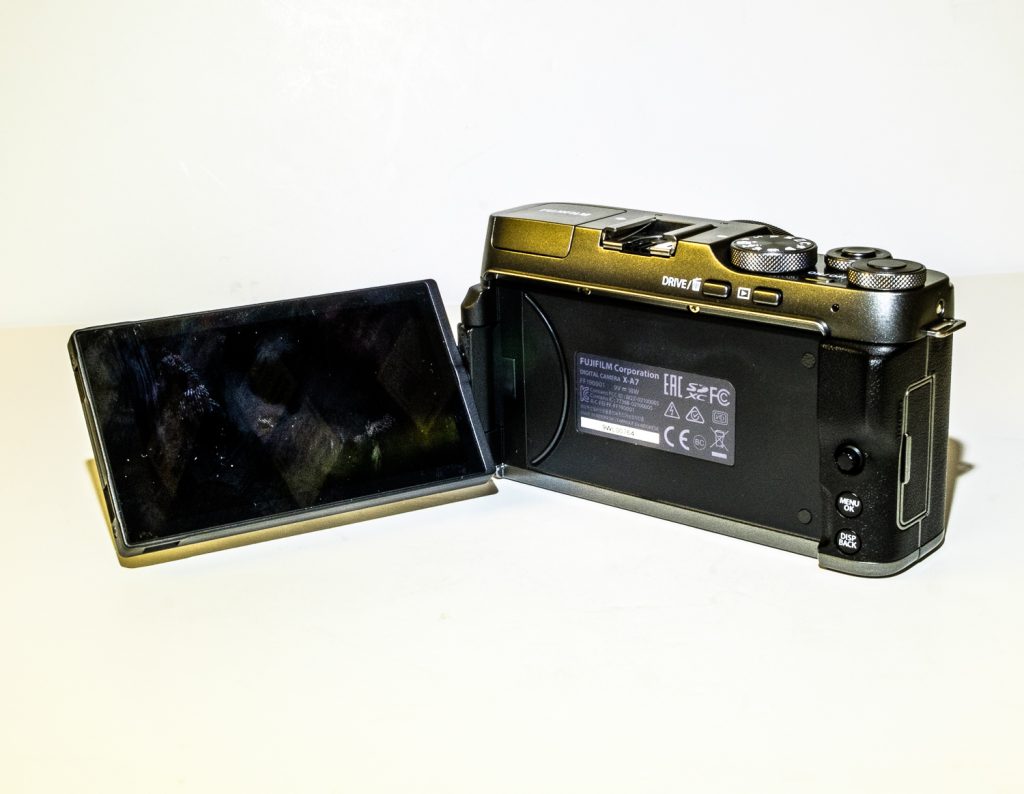 The new Fujifilm X-Pro3 camera with the reverse LCD screen is being advertised as a chance to go back to the feel of film shooting…if you would like-a to…The new X-A7 will do this too. 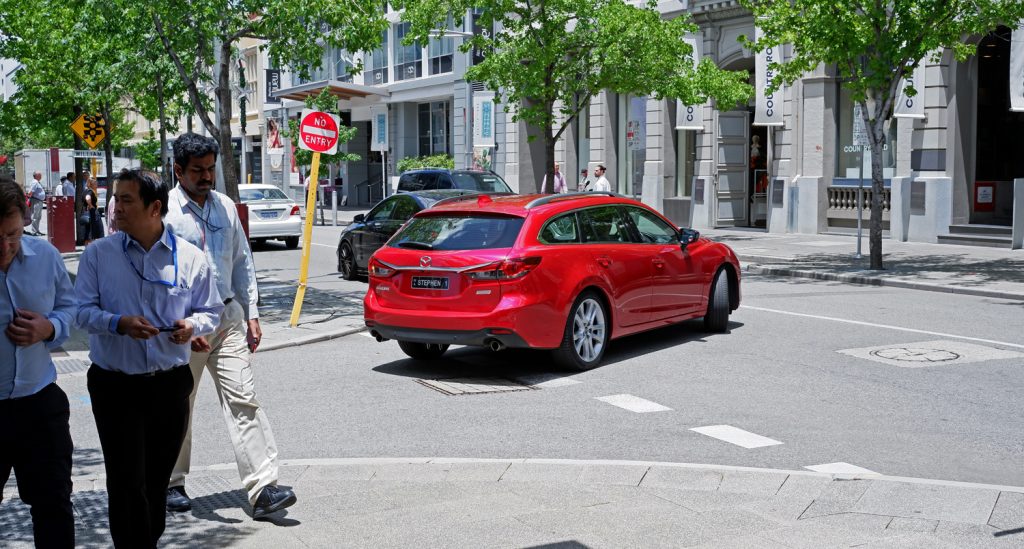 That’s a 16:9 ratio straight out of the thing. Thanx to Stephen for buying the red Mazda and being there at the right time.

I’m impressed. I want one. I don’t need one, but when has that ever stopped anyone from coming into CE and getting out the credit card. After all, you don’t need to be a Pro to have fun.