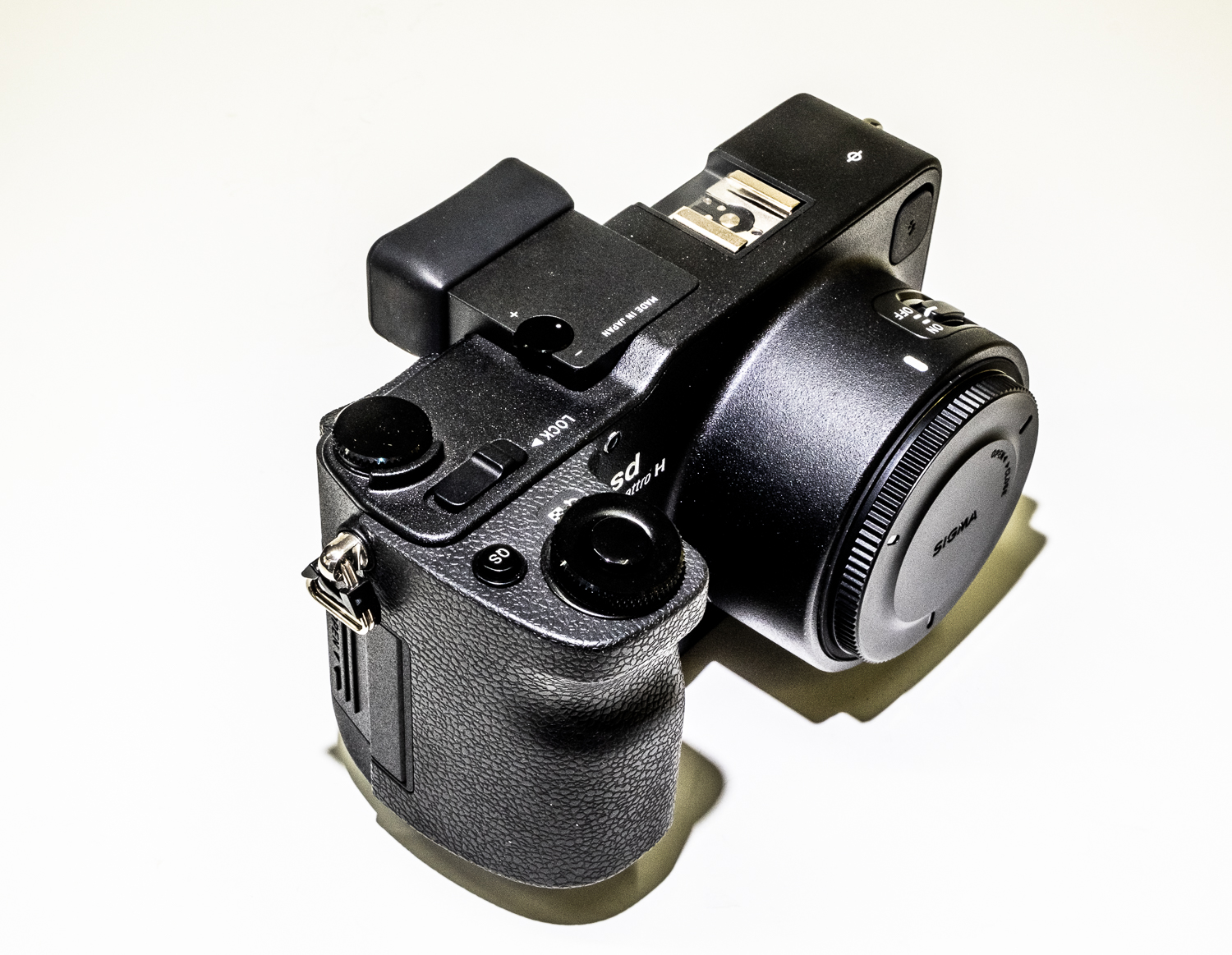 Witness the Sigma sd Quattro H. I just encountered it this week at CE and got to heft it. Not play with it – the battery was flat – but stare at it and test it out for ergonomic feel. To be honest, the look is off-putting, but the feel is superb.

It has the appearance of being a camera assembled from different designs – and this is probably a good way to look at the disparate elements. The basic body is about what you’d expect from a mirrorless rectangle…but then dips to a lower housing under the screen. 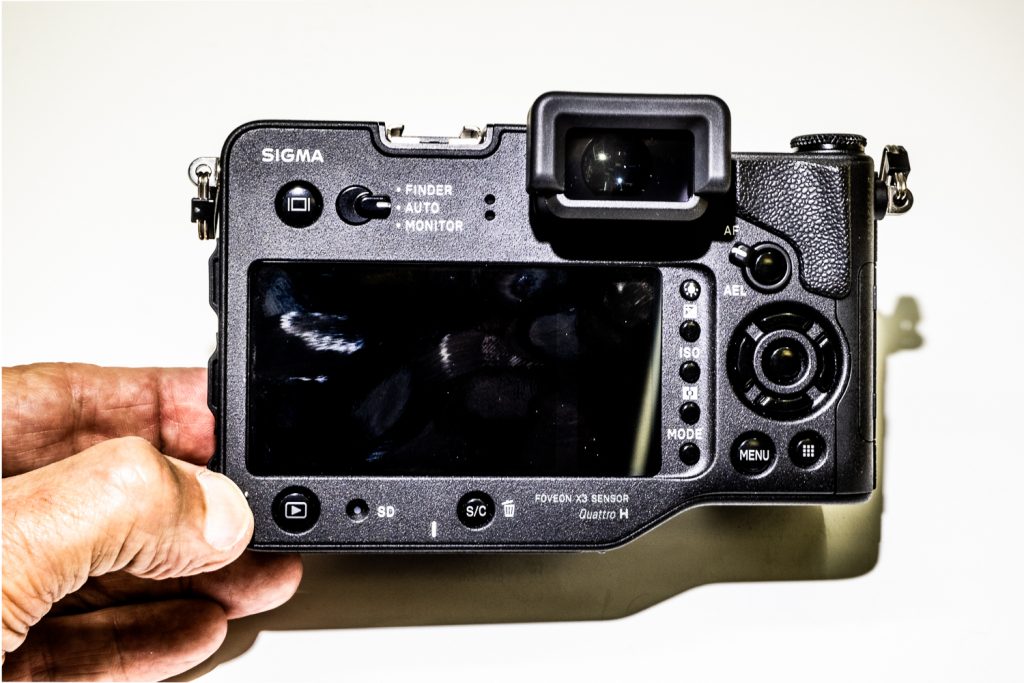 The lens mount appears to be thrust forward on a tub assembly and the handgrip inordinately large. The eyepiece hangs from the back panel a distance and quite unusually protrudes on the right of the centre-line. You wonder at the aesthetics of it.

The sensor is the Foveon type – stacking a number of colour-sensitive elements one on top of each other to give a higher pixel count than the screen size would suggest. You need to read the Sigma explanation for this ( 51 megapixels on an APS-H sensor ) and their claim to superior colour fidelity with it. They do work as DNG RAW files in many regular programs.

The lens-mount tub is explained by the fact that these cameras are using lenses that were once intended for DSLRs – hence the greater flange-to-sensor distance needed. The mount is the Sigma SA mount. But don’t think old lenses – think new art lenses from Sigma. World-class lenses…they got ’em..

The hand grip and eyepiece are brilliant to use – both putting the things you need at exactly the right place – other camera makers sometimes seem to compromise on this geometry to make their offerings smaller and sleeker. Sigma have adopted the agricultural motif, and it works.

Battery pack is big, and juicy, and you’ll get a useful number of shots from it. In mirrorless, this can be a sore point, as I know from putting salve on my own. Always go for as big a battery, without needing one on an artillery carriage, that you can get. And always buy two or more. And keep them charged. End of sermon. 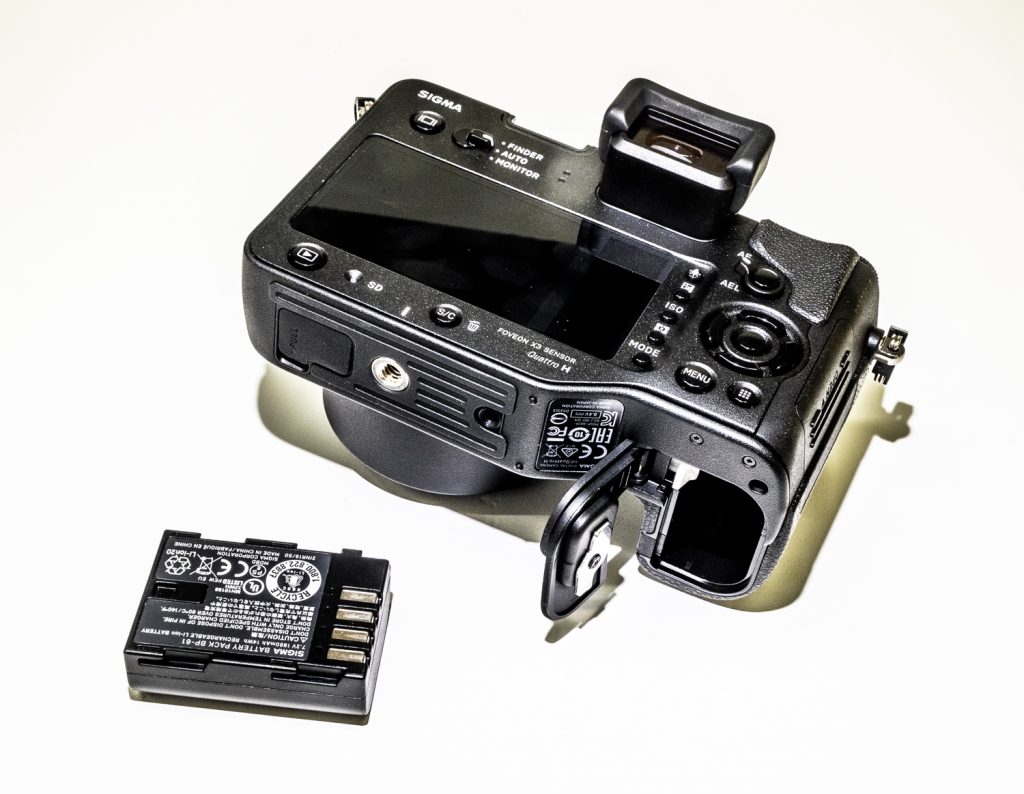 Also note the use of a code words on the body. ” MONITOR ” is the Sigma equivalent of ” LCD ” on everyone else’s menu. ” FINDER ” is what everyone else says is ” EVF “, ” AUTO ” is the equivalent of ” EYE SENSOR “. This is all in the interests of clear communication, in which I wish some of the other makers would take and interest. Camera menus and external symbols owe a great deal to the science of hieroglyphics than you’d think but even the Egyptians have stopped using them on the restroom doors… 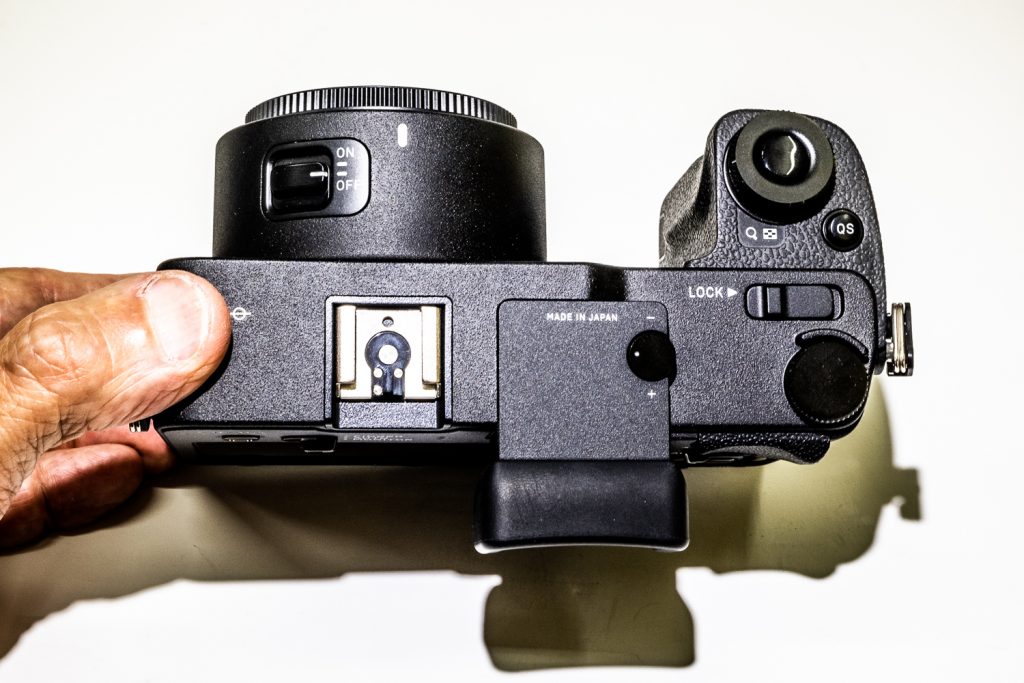 One final code inscription is found on the top casing of the camera. Right there on the top of the electronic finder near the diopter adjustment. You can read it for yourself. What it really means is ” This will work first time “.

Who’s the camera for? Apart from the sorts who buy everything opposite from their friends and then pester them about it…the Sigma is ideal for someone who has access to SA lenses. Google up the range that Sigma make in this mount  and reflect that some of them are world-beaters as far as performance.

Final note about the Sigma DSLRs and this mirrorless camera. Sigma have always taken sensor hygiene seriously. They’ve incorporated a dust cover/filter inside the mirror housing to keep any contaminant away from the sensor surface and allow it to be removed safely. The price is the size of the housing but the benefit is priceless.