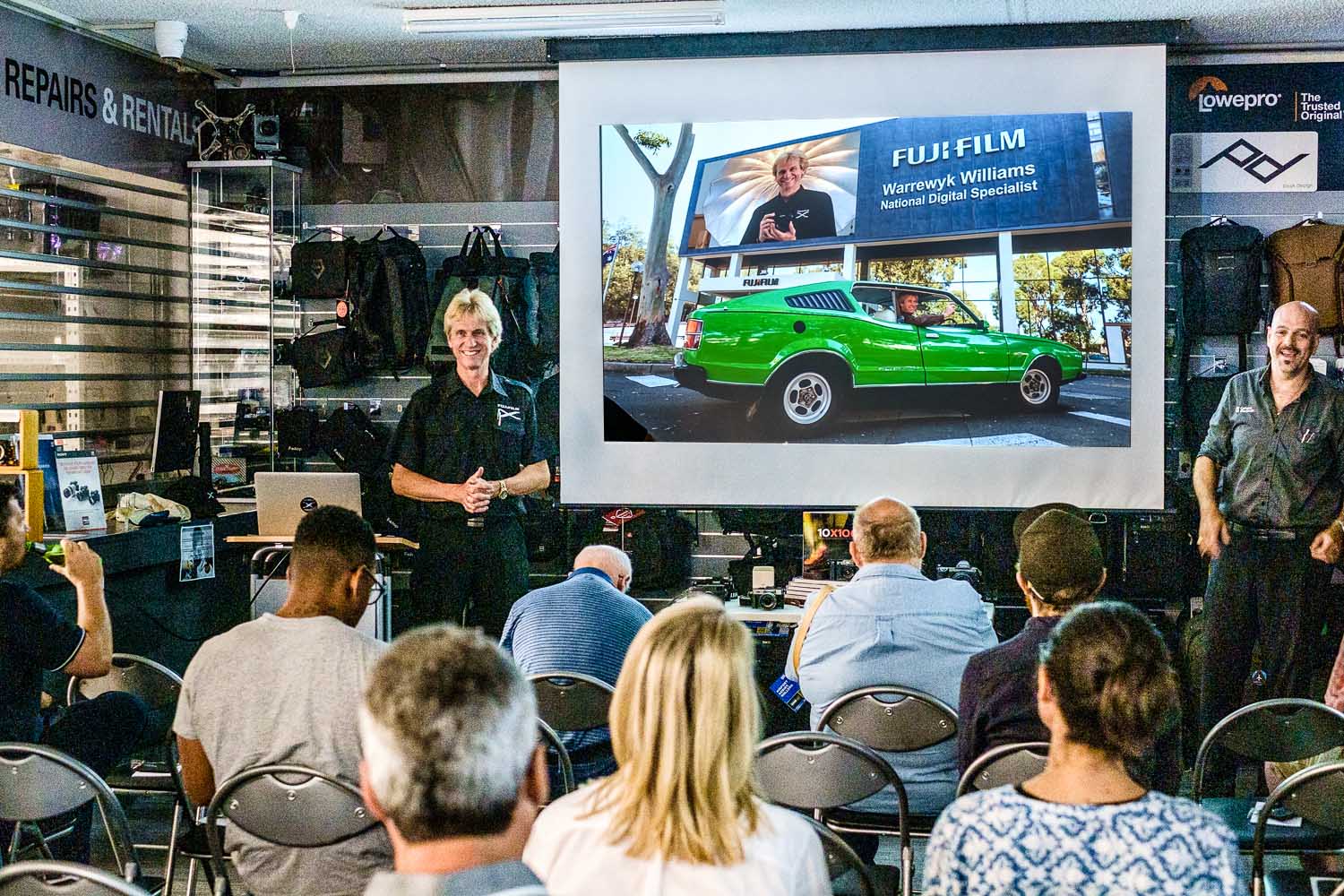 We pause a little in the week to consider a new camera from Fujifilm. Warwick Williams presented the Fujifilm X-Pro3 camera to us last night at the Murray Street store and it was a bit of a surprise.

Not a complete one, mind – that’s never possible these days when there are rumour sites abounding and DP Review seems to command first look at anything. But first look on the internet is nothing like the first look in actual life when you can handle the actual product and listen to an acknowledged factory expert. It ain’t real until you can pick it up. 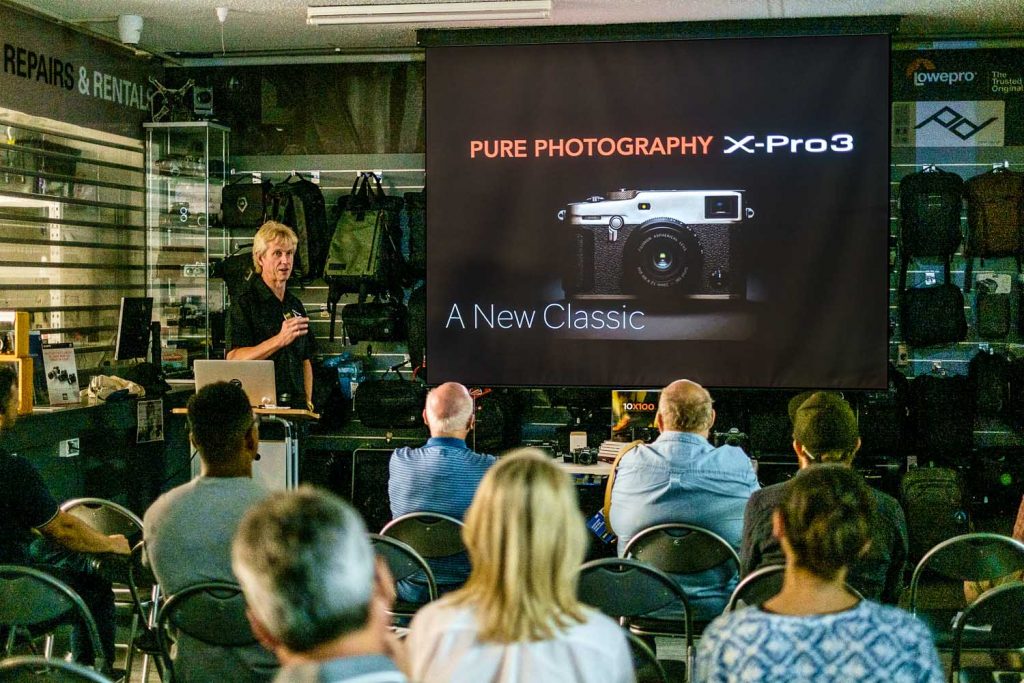 Well I picked up the X- Pro3 body and gave it a chance to focus and shoot – and I was impressed. I say this as the owner of 5 more Fujifilm bodies; one of which is the X-Pro1. The two-generation gap between mine and the new one has been time and development well spent. 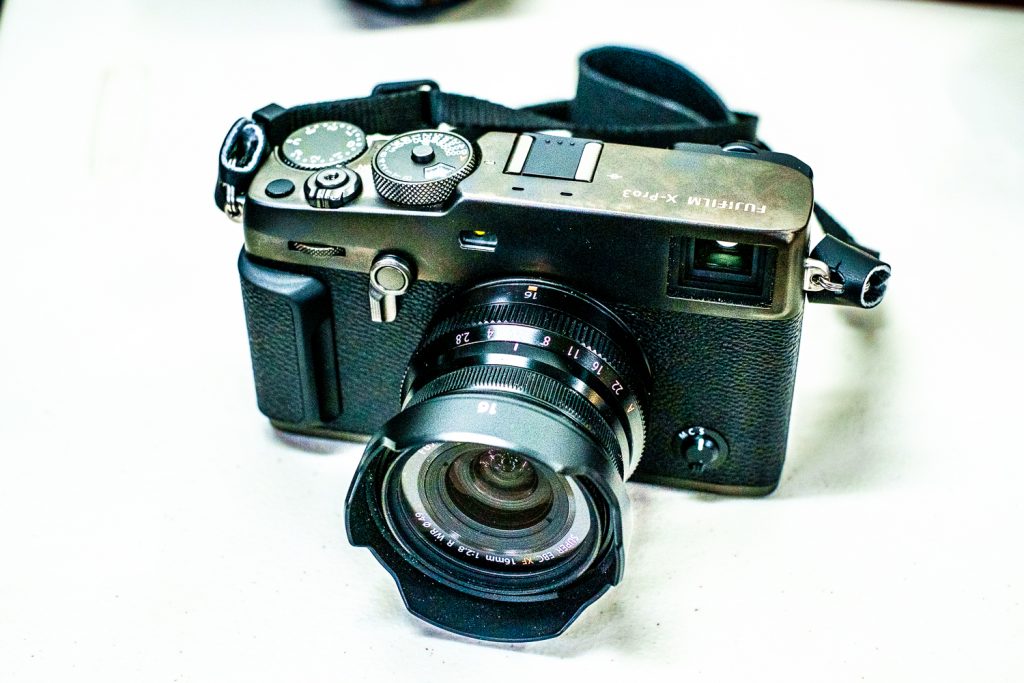 You’ll all have seen the controversy surrounding the flip-down screen and the little film tag window at the back. The film tag window did nothing for me but the screen was tremendous. Clear, sharp, touch-sensitive, and hinged on a really sturdy metal frame – it is fully in keeping with the retro feel of the rest of the body. 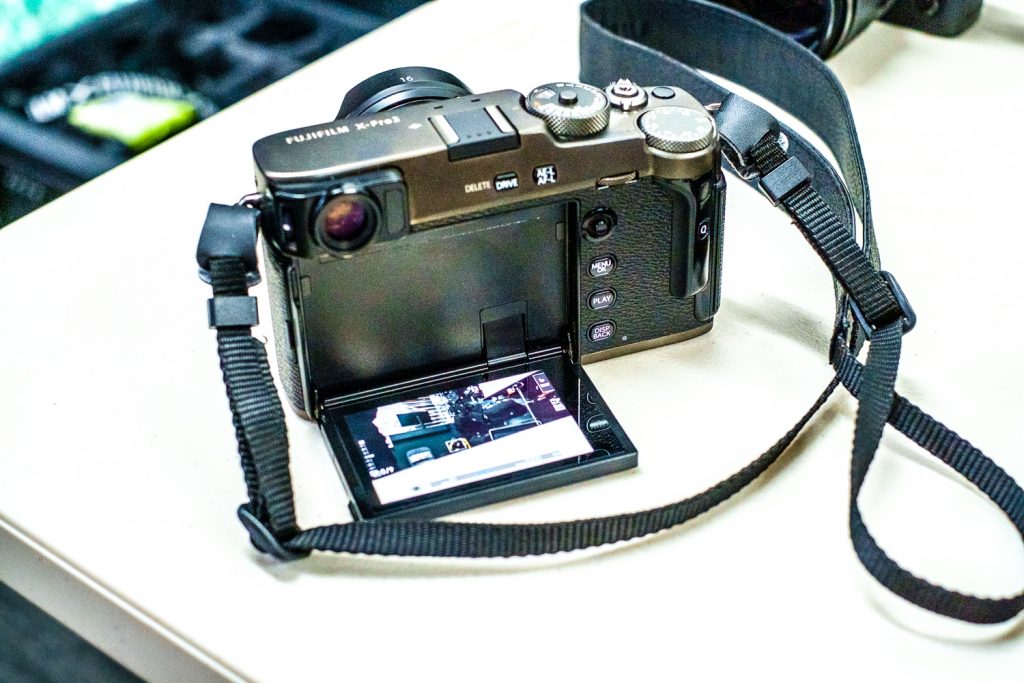 And the rest of this particular example was in the new black Duratect finish. The story is that it has been attacked with table knives, pocket knives, and Stanley knives , but without success. No visible scratches on the baseplate that I could see. The silver Duratect should be even more spectacular when it arrives later in the year. Of course, you can also get black painted variety as well. 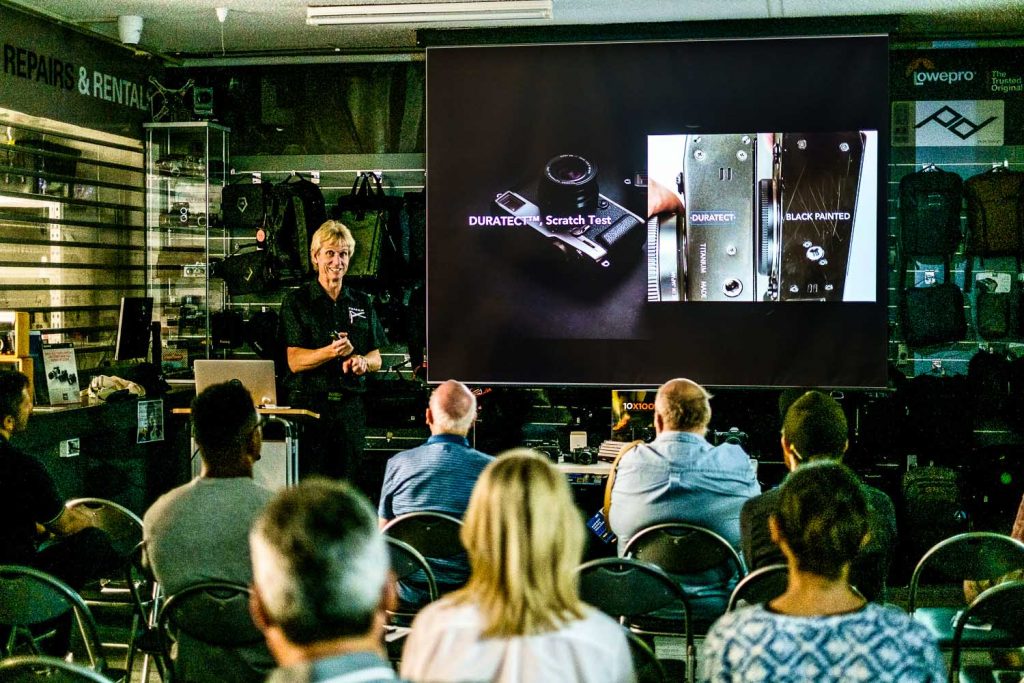 The main gist of a lot of what Warwick had to say about the design philosophy of this new camera was that the factory wants to empower you to do most of what you do in post-processing inside the camera – either at the time of shooting or with internal processing. Of course, you also have the RAW plus jpeg option if you want to play further but the quality of what a Fujifilm can produce straight out of the camera is such that this might become a rarer thing in the future. Certainly, you get far more film simulations in this camera, as well as artistic emphasis programs.

For myself, I would favour the Pro Neg Hi and the Eterna choices for most normal shooting. But I would fine-tune them to match what I think I see naturally.

Would I miss the old D-pad? No. Now that the screen cooperates and the joystick steers the AF point so efficiently, the D-pad would be a clutter.

Would I be willing to try the enhanced in-camera HDR modes? Positively.

Is the improved eye-relief distance of this camera – 17mm vs 11mm on my current camera –  a further temptation? Absolutely. Eyeglass wearers are always at a disadvantage when dealing with viewfinders and any extra relief is welcome.

I am looking forward to seeing the silver Duratect model when it comes to Camera Electronic later in the year. This camera is to rangefinder-style mirrorless what the X-T3 is to central-finder design. With even more features.

Oh. Question about the green blood? Apparently, it flows in Warwick’s veins. He had his car painted green to match Fujifilm. I approve.