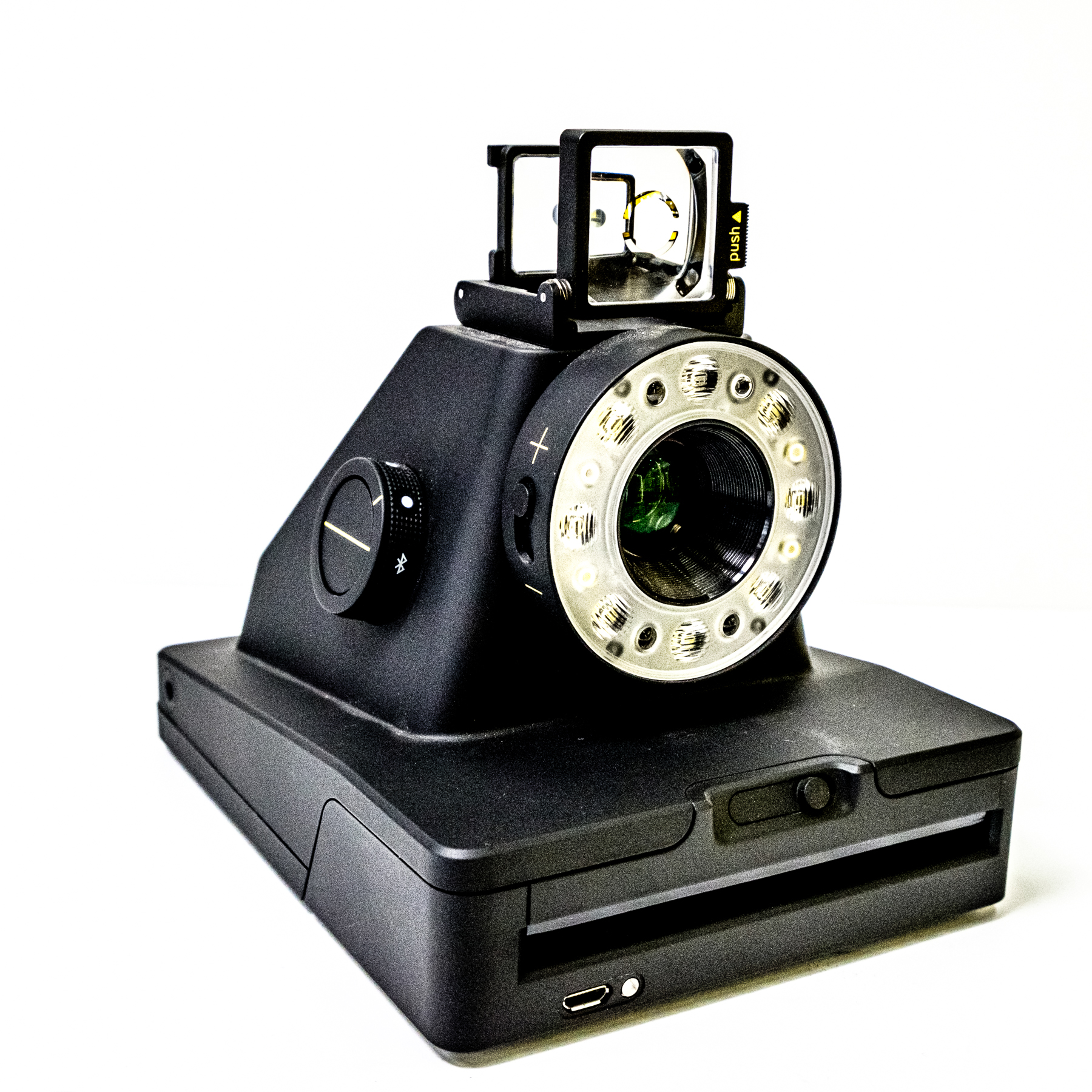 If the Impossible Project people had put this camera out in pink and called it the Manamana we couldn’t keep ’em on the shelves. It’s that sort of an ear-worm that works on you all day… 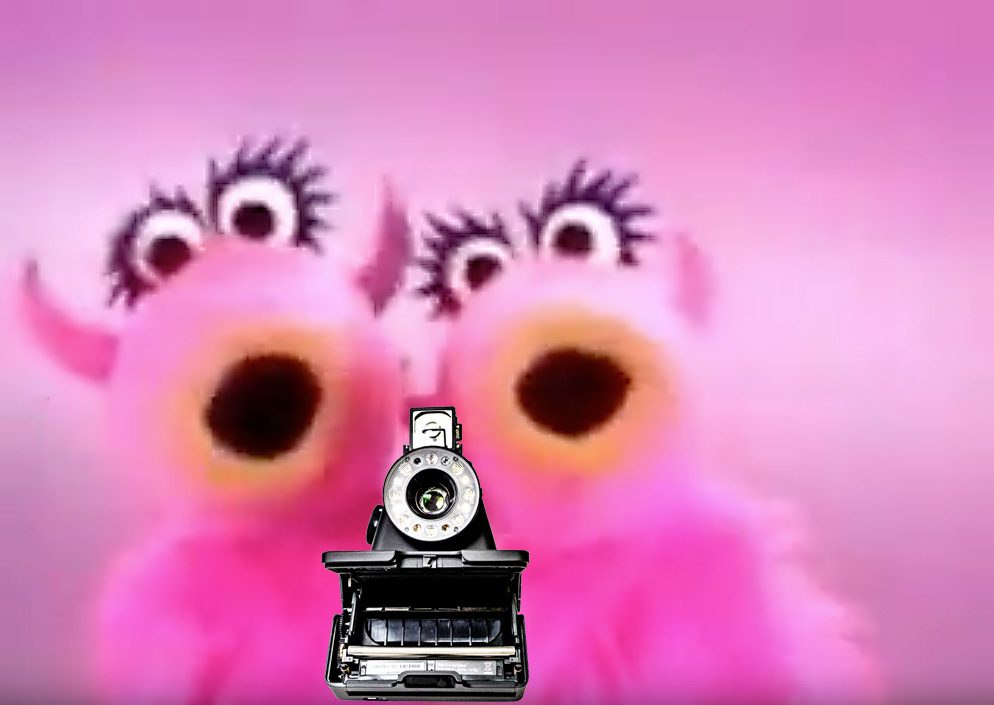 The Impossible Project cameras have gone a long way toward preserving some of the magic of the Polaroid era – but you have to remember that the Polaroid Corporation and the Land Corporation had many, many variations on their theme over the decades. Some were easy to use – some hard. Some were enormously successful – I remember a 300o ASA sheet film that went into 4 x 5 Speed and Crown Graphics via a holder  – it was the best thing for quick reportage in 1966 that there was. You felt like Weegee every time you took a shot.

Here we have a camera that starts to meld modern control with classic materials. The I-1 takes I-type film and 600 series film and truns out colour or monochrome much as the predecessors did. The packs you put in it contain batteries, film/paper, and developing chemicals in the Polaroid internal pods. You shoot the shot, it feeds the print out, and the tornado of chemistry contained in the sandwich develops a print in front of you.

Does this sound like the sort of thing a major Japanese photo manufacturer does as well, with instant-pack films? Yes, it does. They companies have long since sorted out their patent and chemical differences and they can co-exist. You just choose which system to go for and keep feeding it.

The literature for the I-1 says that it can be used in the studio, for art shot, and that it can be controlled with a smartphone app via a Bluetooth link. Is this a good thing, or is it likely to be counter-productive for the person who wants to be instant-analog? Well, that is something th user must decide for themselves, In the meantime. note the following: 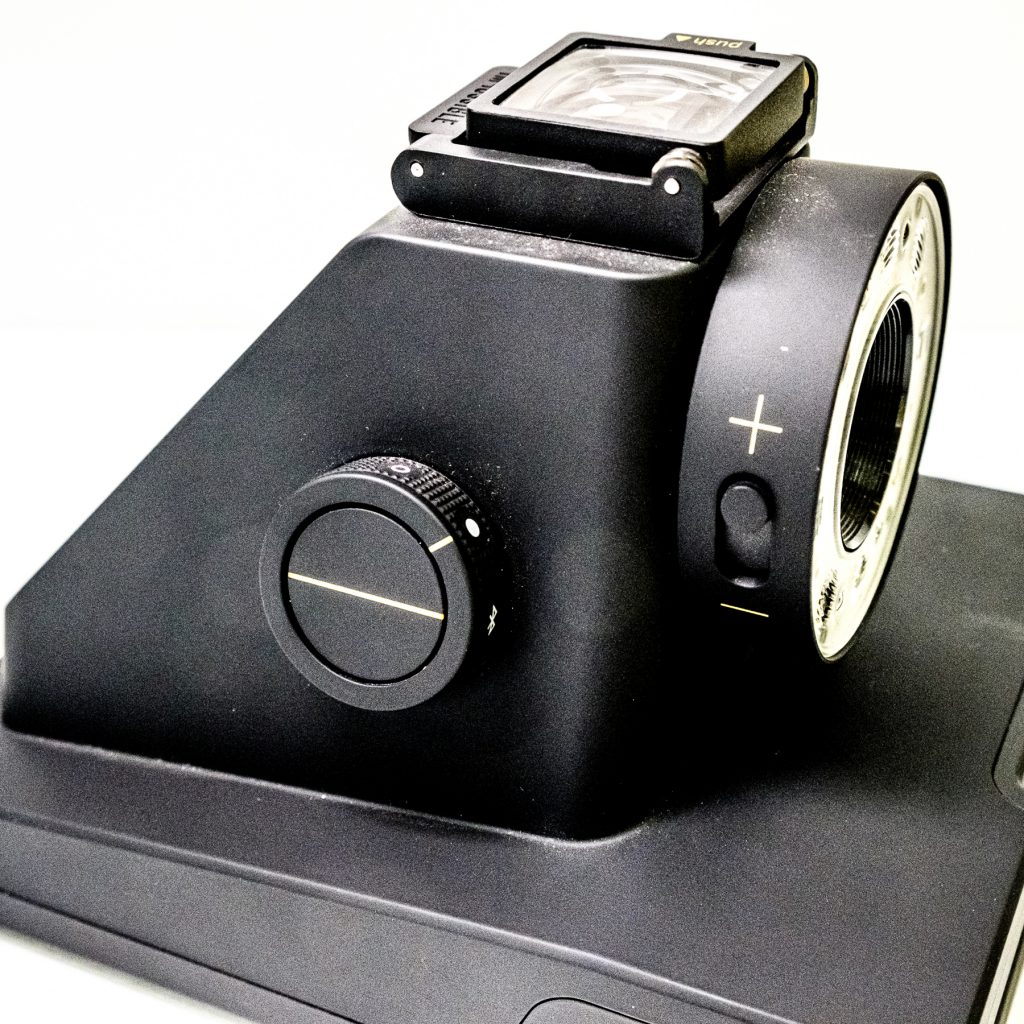 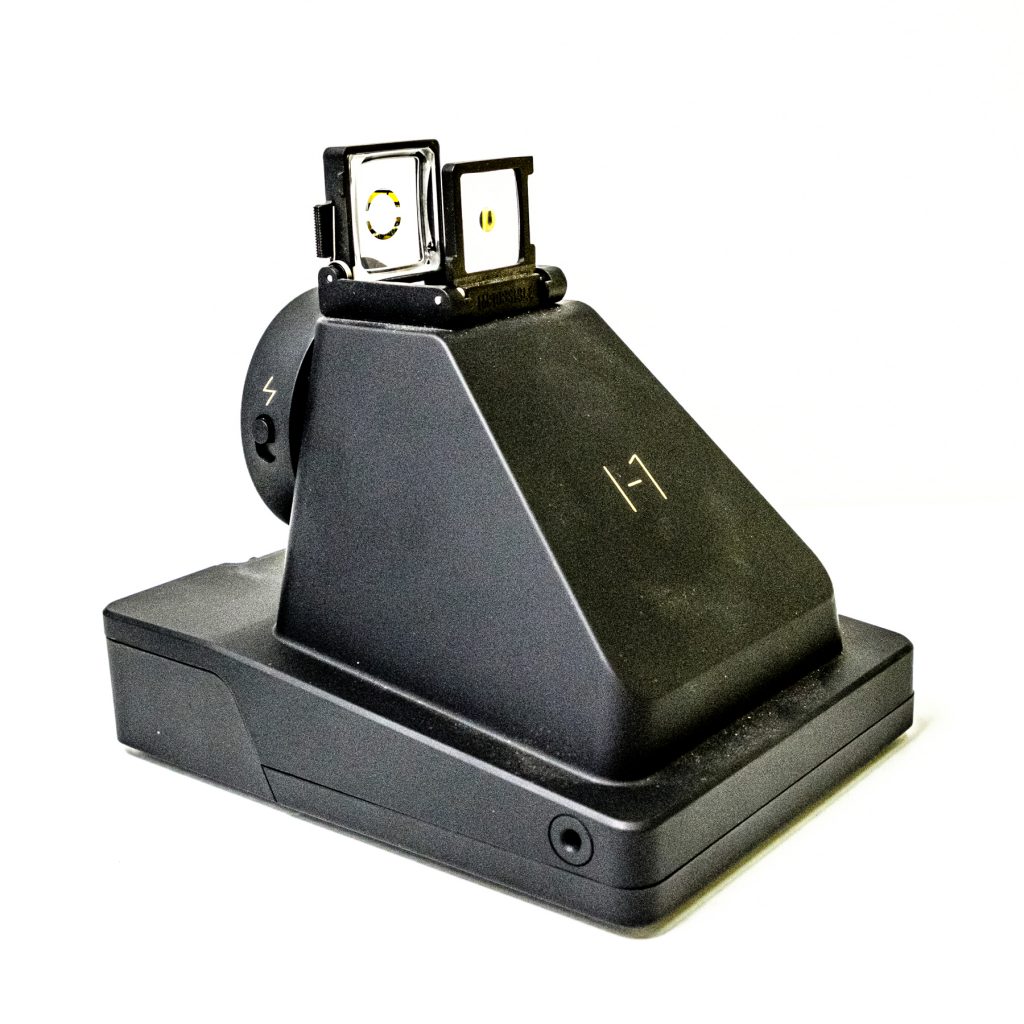 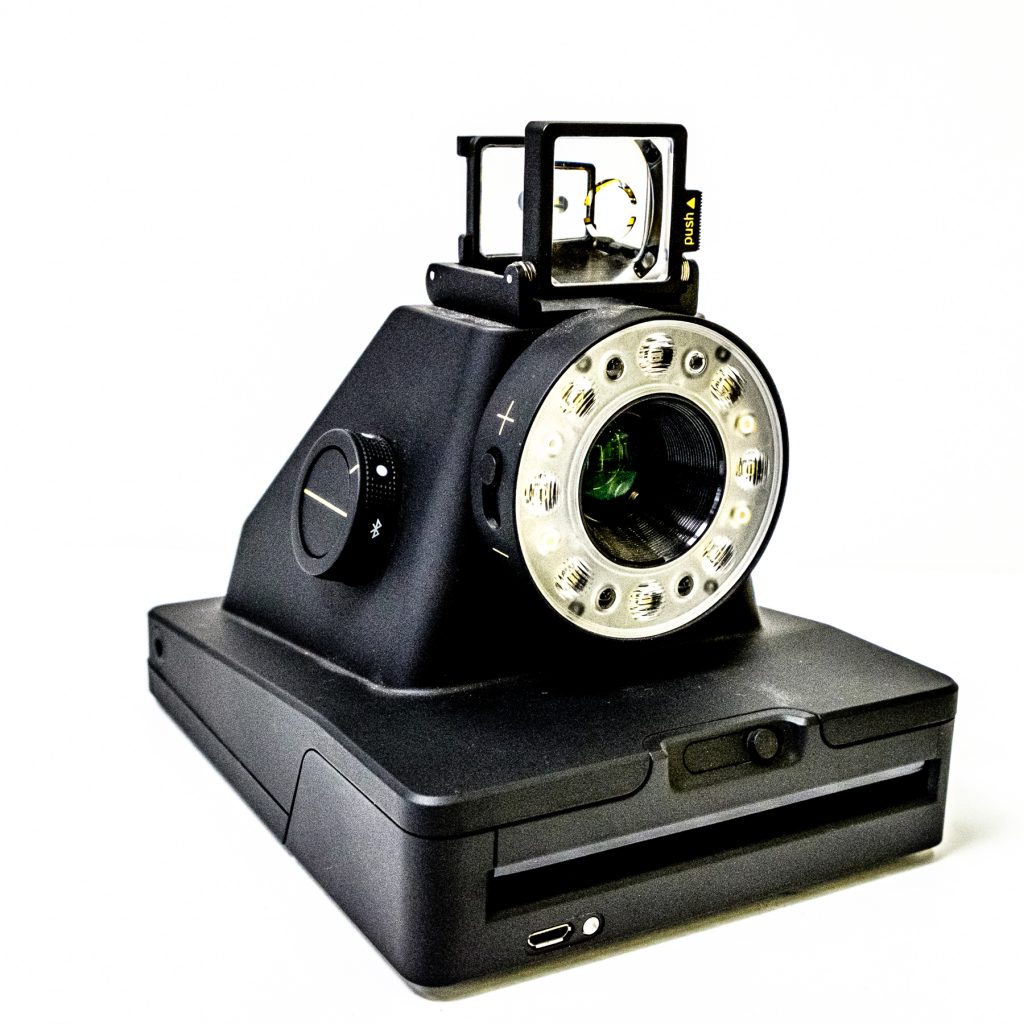 Who is this for? The adventurous and young, who may never have seen the older Polaroid cameras in action. The technophobe. The nostalgic. The instant-print maker who needs to do it now and not later. The artist.

There’s plenty of them in stock and plenty of the different films for them. You will definitely be the first on your block to own one.