The Triumph Of Retro Style 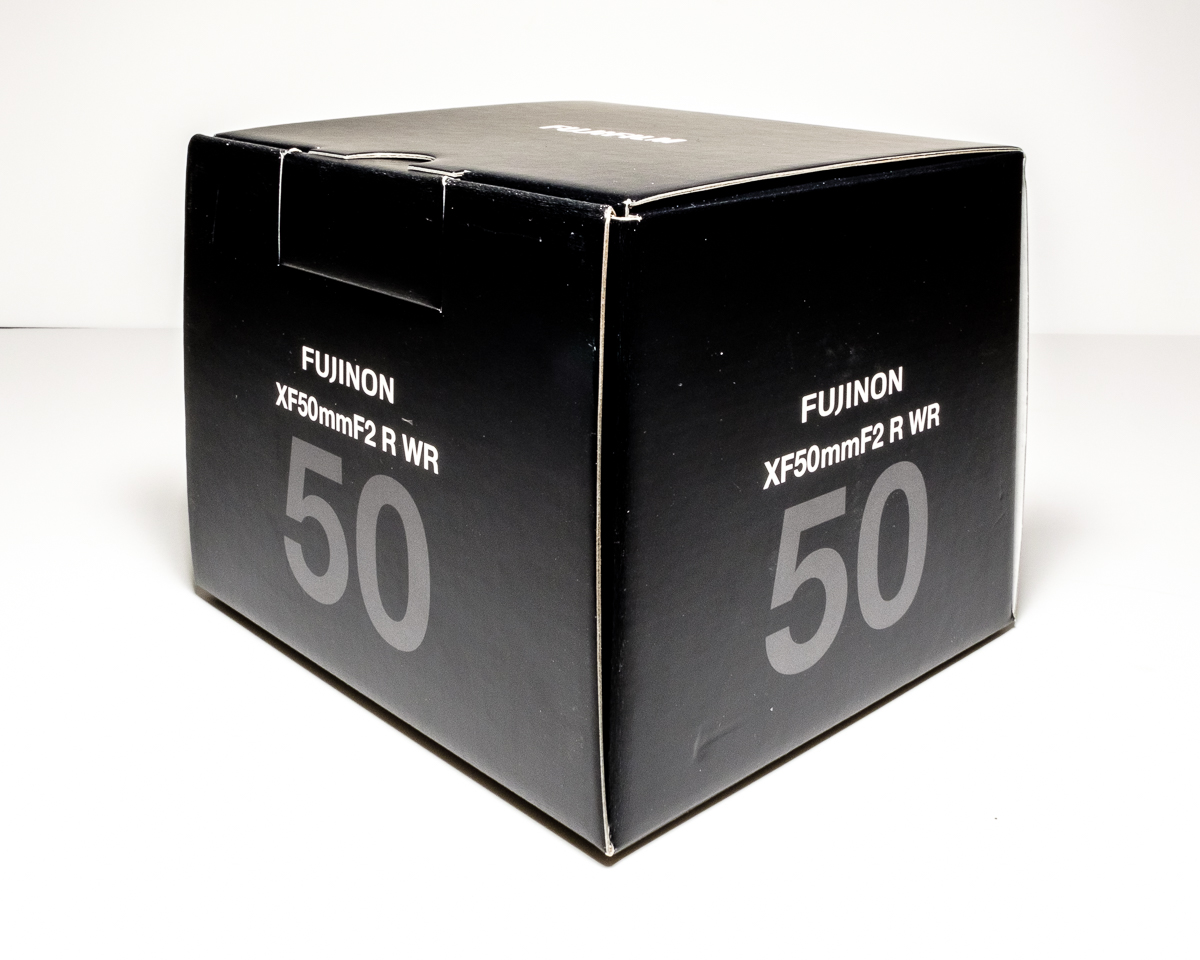 25 Jun The Triumph Of Retro Style

There is no doubt that two camera makers in the current market have been most successful in embracing the concept of retro style – I should have said three, but if I used the term Lomo in the same breath as Leica and Fujifilm, I would be chased from the place. And I haven’t been chaste for years…

Note: At one stage of the game you could never mention a rival’s products in any advertisement. 50’s car ads that sought to compare one vehicle to another  used the terms Brand X and Brand Y to scuttle past the censors. Even in illustrations, great pains were taken to disguise and redraw the rival cars so that you got the idea of them but not definite enough to let the lawyers draw a bead. In the camera shop today the brands sit facing each other in dedicated cabinets and in this column I only resort to referring to the fictional Flapoflex when I need to say something bad.* 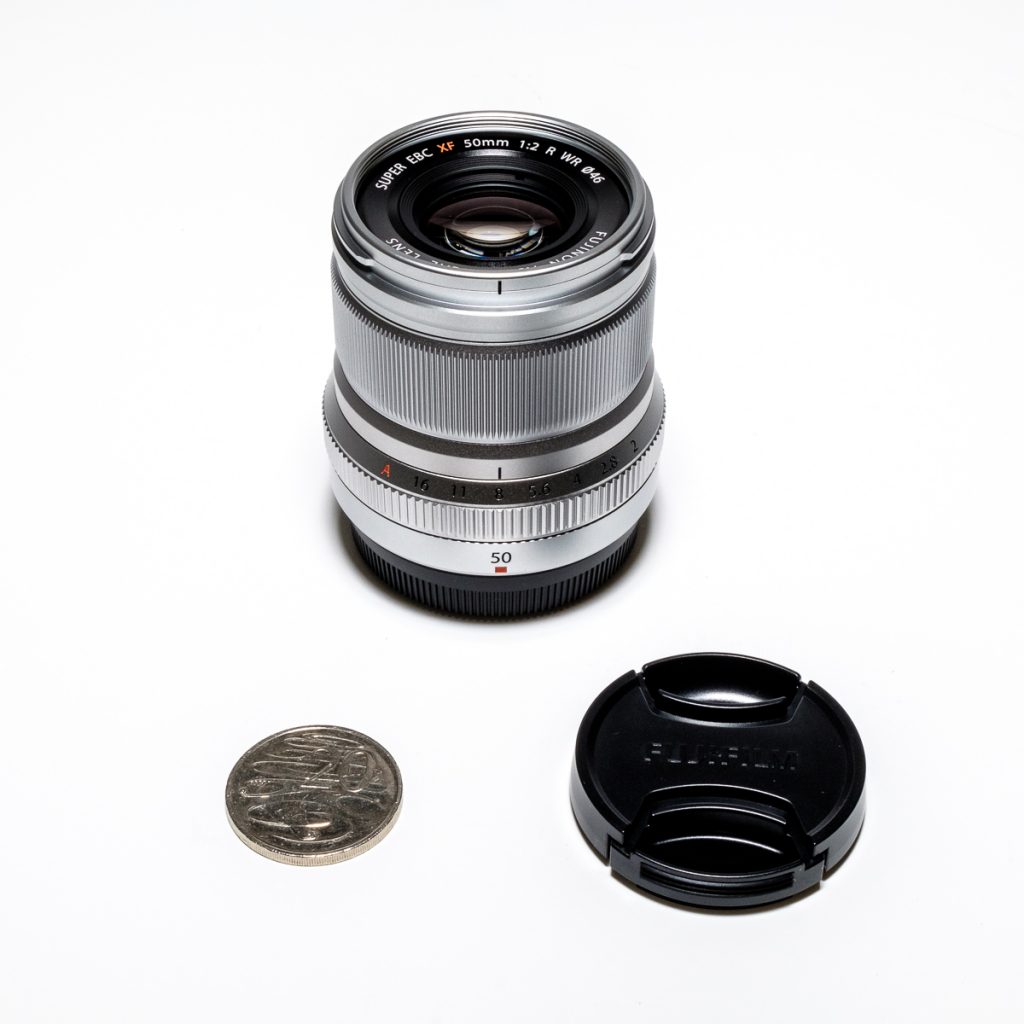 Okay – nothing is bad. In fact the subject of today’s examination – the Fujinon 50mm f:2 R WR lens – is very much right…but with the retro twist that we wrote about earlier. You see it is small, light, and silver-coloured…and we are led straight back to the 1950’s and 1960’s thereby.

The heyday of the 35mm camera saw most of them produced with chrome finishes – certainly for the amateur/enthusiast market, the chrome finish outsold black finishes by about 10 to 1, I should say.  Even cameras that covered a large portion of themselves with leatherette or vulcanite still used real chrome on real brass to clad the rest of it. Of course, there was chrome and chrome, and some of the early Oriental cameras had very odd coatings indeed. Funnily enough, we were proud of doing enough shooting the brass up a Leica but ashamed when we did the same to a Yashica.

Well, with the chrome camera came a lot of chromed lens barrels. The East Germans got by with lathed aluminium – other makers plated theirs. A good finish could be very fine indeed, and the best of them had engraved markings filled with durable paint. The very best makers realised that the barrels gleamed like lighthouses and provided lens hoods lines with black paint or felt to give the front element some respite – but you could still pick up a whopping reflection if you shot into any reflective surface.

As time went by the chromed barrel fell out of fashion and only a few makers gave it as an option, leading to some pretty odd panda combinations in cameras and lenses. It never vanished from Leica’s catalogue, nor from that of the smaller M-mount Voigtländer or Zeiss lenses – and now Fujifilm has brought it back strongly with their smaller prime lenses. 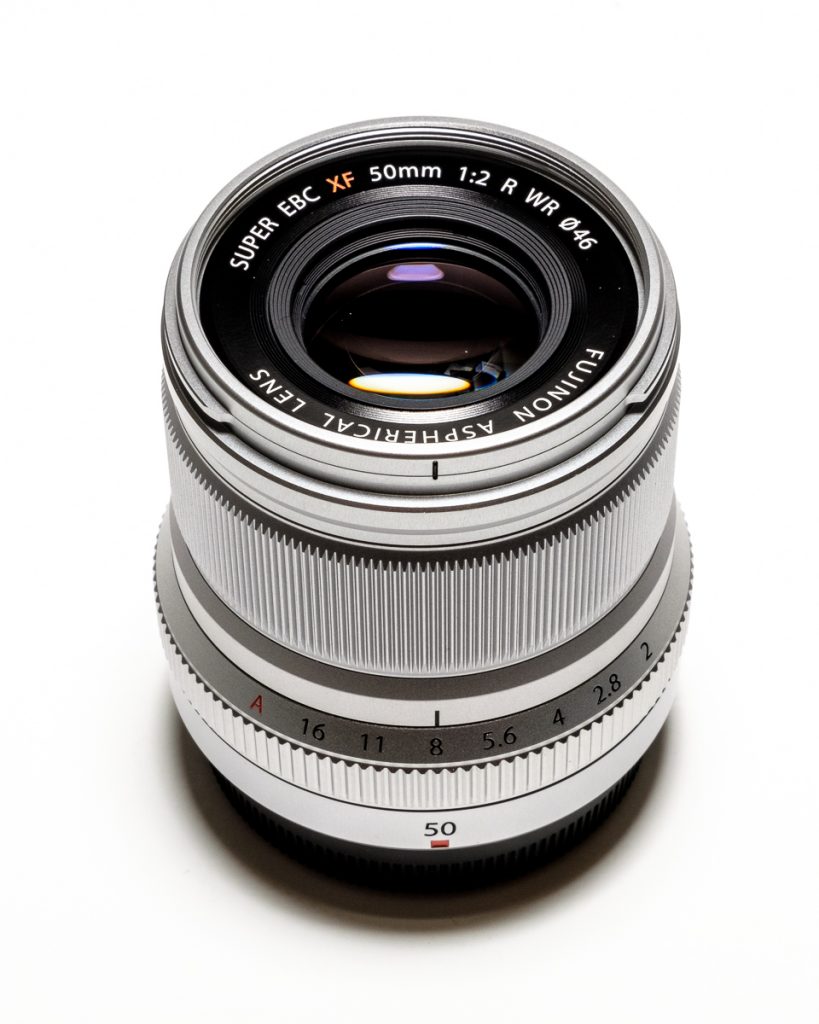 This one is a portrait prime on the APS-C cameras and is fast, light, and very sharp. I’d match it to the silver-coloured X-E2. 2s, 3, X-T10, 20, 0r 30 models for maximum style though if you really want to panda, put it on black bodies. The results will be equally fine.

Note: if you think they styled this with the sloping shoulder of the aperture ring to look like German lenses of the 60’s…I suspect they did.

*  If I need to write anything really bad I write it really politely.